Although I wasn’t surprised when the news was announced today than Amy Winehouse was found dead in her house after a suspected drug overdose, I have to admit I was very saddened. It’s such a shame that a talented, young (Amy was 27) person has died under such circumstances. When someone has as much potential and talent as Miss Winehouse once did, it’s saddening to hear of her death. I’m sure the topic will be talked about and analysed thoroughly over the next few weeks, and no opinion is right or wrong – however, I’m certain that her songs will be played on the radio and her albums may just go up in the downloads charts?

DISCLAIMER – the images used in this article are not my own and I do not take credit for them. They are used purely for reference purposes only. 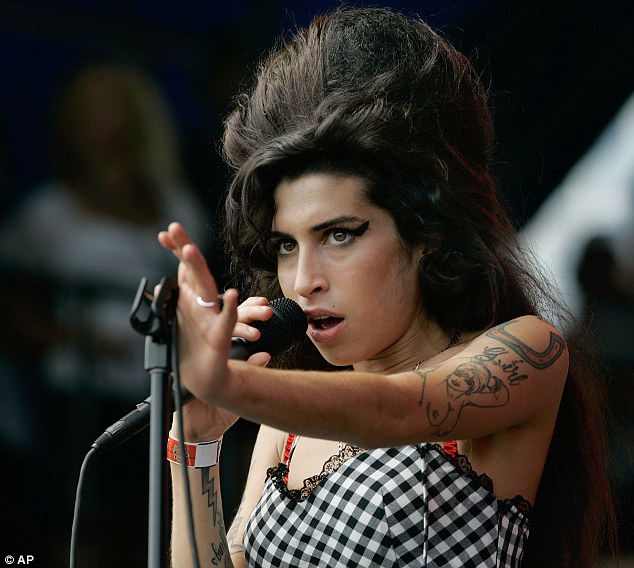 I understand that she was perhaps under pressure from the media and family regarding her music, however everyone has a choice to say ‘no’ to drugs and I think people should take her death as an example of just how wrong things can go should you get involved with them. It’s saddening that so many young aspiring singers wish for the kind of fame and lifestyle she once had, however she is a prime example of how it can ruin you – beyond repair. Over the last few years, she was constantly in the press regarding her parents checking her into rehab (despite the fitting song lyrics ‘tried to make me go to rehab’ – ‘I said no, no, no’), however regardless of the money and fans she built up – nothing gave her the incentive to get back on track. Amy’s father Mitch had been interviewed several times over the past few months, regarding Amy’s progress – however, it has not yet been confirmed about whether he knows about Amy’s death – since he is on a plane to a Jazz festival. It’s a real shame that despite the amount of care and time put into Amy’s recovery, when her family aren’t around – she’s not surrounded by similarly caring people.

Kelly Osbourne (who was a close friend of Amy’s) expressed her feelings about the news on her Twitter page ‘I can’t even breathe right my now I’m crying so hard i just lost 1 of my best friends. I love you forever Amy & will never forget the real you.’ Clearly, people loved her and when she wasn’t using drugs – she was a lovely friend, with an extraordinary voice – however, she was clearly beyond help. Although her death is being regarded as ‘unexplained’ by police, it is thought that she will have died of a suspected drugs overdose due to her heavy reliance on such substances.

Overall, I’m really saddened by the news – as not only is it such a waste but it was also the result of bad choices made by Amy and it should be a warning to anyone out there who is toying on the idea of taking or becoming involved with drugs. There are many people in the world, who are diagnosed with incurable cancer or a rare condition that will eventually kill them – they can’t choose this, they don’t have a choice. However, people like Amy had a choice at the very beginning and it’s such a shame that her life has ended prematurely due to that choice.

People may argue that the media and the industry she worked in spiralled her reliance on drugs, however I really believe that everyone still has that choice to say ‘no’ and refuse, regardless of your career, upbringing or situation. Obviously this is my opinion, but I’m sure you too are saddened by the news and will hopefully think twice if you ever have to make the same choice.

Rest in Peace Amy Winehouse. Hopefully the world will remember you for your extraordinary voice, and not your obsession that often shadowed your talent.

Paris Who?
Made in Chelsea – turn of events
TOWIE TAX!