Ahh. The new year. Funds are dwindling, it is getting dark by 3pm and the cold is making a permanent home in your bones. There is nothing like a bit of alternative reality and a mug of tea to escape the winter months. Whether you wish you were drinking cocktails in New York or battling against dragons in Westeros, all whilst attempting to save the world from flesh-eating zombies, here is a pick of the best box sets to delve into this January.

1- Girls. If you’re looking for a quirky and yet brutally honest take on being a twenty-something, Girls is perfect. It features Hannah, a neurotic wannabe writer living in New York attempting to make her way in the world with the help of her three friends. This is far from the young American dream, though. Packed full of missed job opportunities, terrible decisions and awkward sex scenes, this part drama- part comedy makes for compelling viewing.

2- Game of Thrones. If you’re a fantasy fan, you’ll love this epic series set in the medieval world of Westeros. Beautiful scenery, dynamic characters and as much blood and gore as you can muster, Game of Thrones is an addictive story of good old-fashioned family feuds with a few dragons thrown in for good measure. Keep your eye out for the gorgeous Jon Snow played by actor Kit Harington.

3- New Girl. A personal favourite of mine. In this comedy, Zooey Deschanel plays Jess, a girl that defines twee with her love of peter pan collars, vintage markets and cupcakes. Add three male housemates into the mix and you have New Girl, a funny and honest drama about a group of housemates stumbling their way through life. Plus, the awkward will they-won’t they storyline between best mates Nick and Jess will have you shouting at the telly.

4- Breaking Bad. If you haven’t heard of this hit US drama, where have you been? Focusing on Walter White, a seemingly normal chemistry teacher, events take a turn when he is faced with the reality he is dying of lung cancer. So begins his journey from ordinary man to ruthless drug dealer and criminal. This one is highly addictive, so make sure you’re in it for the long haul and don’t even think about leaving that sofa.

5- Mad Men. This show set in a fictional advertising agency in the 1960’s will have you gripped from the beginning. Glamorous outfits and a fantastic soundtrack are only secondary to dramatic story-lines and the lingering mystery surrounding the enigmatic Don Draper. The last series is set to air this April so catch up quick!

6- Fresh Meat. So far as British comedy goes, Fresh Meat is the best of it’s kind. Documenting the lives of six University students house-sharing in Manchester, it shows the ups and (mainly) downs of newly-found independence. A privately educated schoolboy with a over-inflated sense of self, a geeky loner and a young revolutionary who embarks on an affair with her English tutor are just some of the quirky characters that have made this series so scarily accurate.

7-The Walking Dead. If a touch of horror is more your thing, this zombie thriller will keep you captivated. Set in a post-apocalyptic Atlanta, it follows the lives of a group of dysfunctional survivors battling against the undead. Although it sounds far-fetched, this drama is thoughtful, heartwarming and sometimes harrowing in it’s portrayal of what it means to stay alive. The result is a gore-fest that will leave you simultaneously watching from behind a pillow and wanting more.

8-Friends. Who can forget one of the best sitcoms to grace our screens? If you haven’t already seen it, it delves into the lives of a group of friends living in Manhattan in the nineties. Sharply written and fantastic on-screen chemistry, it reminds us of the days that we were all obsessed with Rachel’s hair. Friends is an old-fashioned romantic comedy with some real laugh out loud moments.

9- Misfits. Not your average superhero series, this British show follows a group of teenagers undertaking community service whilst reluctantly saving the world. After a freak storm, they are left with various superpowers. Hard-faced Kelly has the ability to hear what others are thinking, Simon acquires invisibility whilst Nathan’s special ability remains a secret. Witty, rude and likeable, the characters are easily relatable and whilst the storylines sometimes wander into the realm of ridiculousness, it is great entertainment.

10- Sex and the City. An old favourite, this New York based show is a romantic sitcom following four very different women in their thirties who, throughout their changing lives, remain friends. This box set is perfect for escaping reality- whether wishing that you had glamorous Carrie’s shoe collection or sipping cocktails against the backdrop of the Manhattan skyline.

How to view your favourite shows without busting your budget
Are we really Educating Yorkshire? 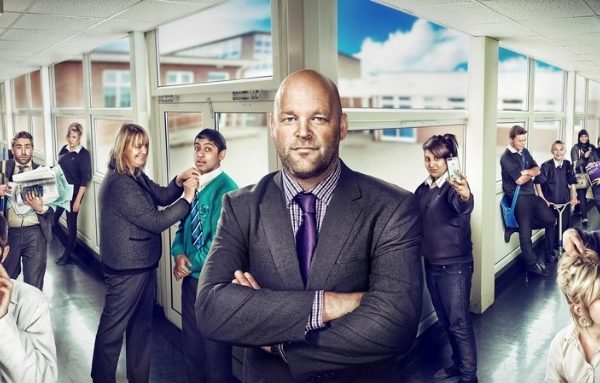 Made in Chelsea: S6, Episode 1 in Fashion!