I love a good waxwork. I’m not sure why, but I’ve always been fascinated by the idea of being ‘recreated’ in wax and having a sort of ‘still life’ twin. However, having been to London’s Madame Tussuads several times in the past few years and seen the array of waxworks on display, there’s no denying that some of them aren’t exactly realistic representations of the celebrities or well-known figures they are supposed to replicate. Whilst it must be extremely difficult to entirely replicate a person and capture their unique facial expressions, some of the waxworks out in the world really make you wonder whether the creator was looking at the same person! Here goes. 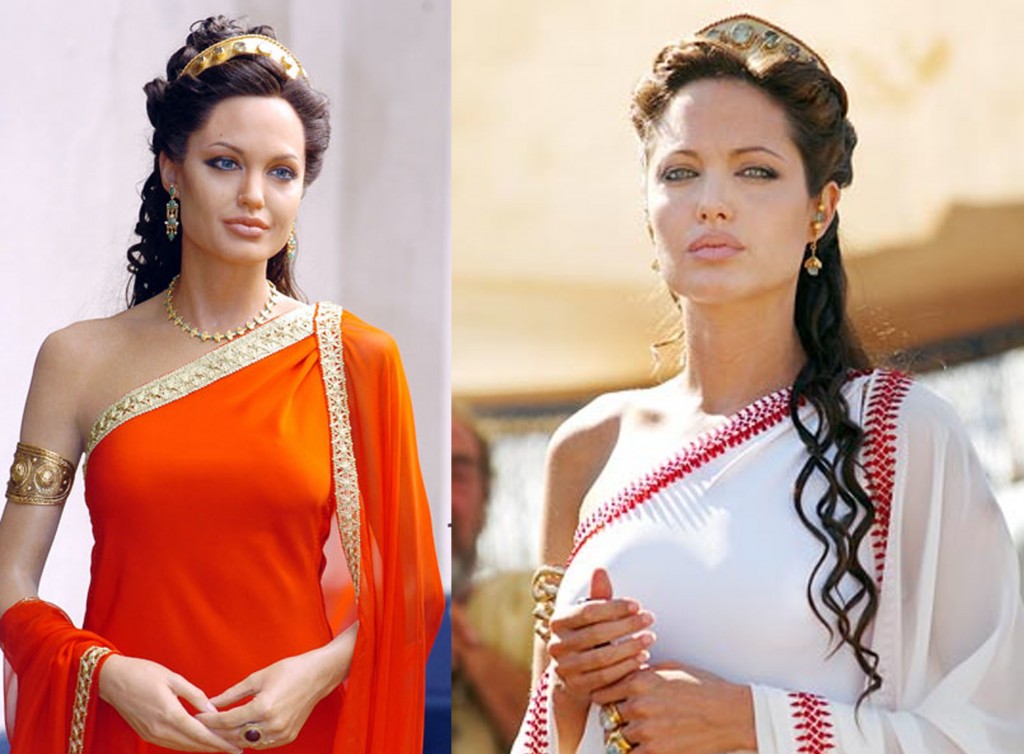 Angelina has been re-created in wax several times over the years but one of the best replicas is one of Miss Jolie in an orange sari type dress. The artist has really captured her beautiful ‘distanced’ look that we are so used to seeing from Angelina, and no beautiful feature has been missed out or misinterpreted. Can you tell which is the waxwork and which is the real deal? 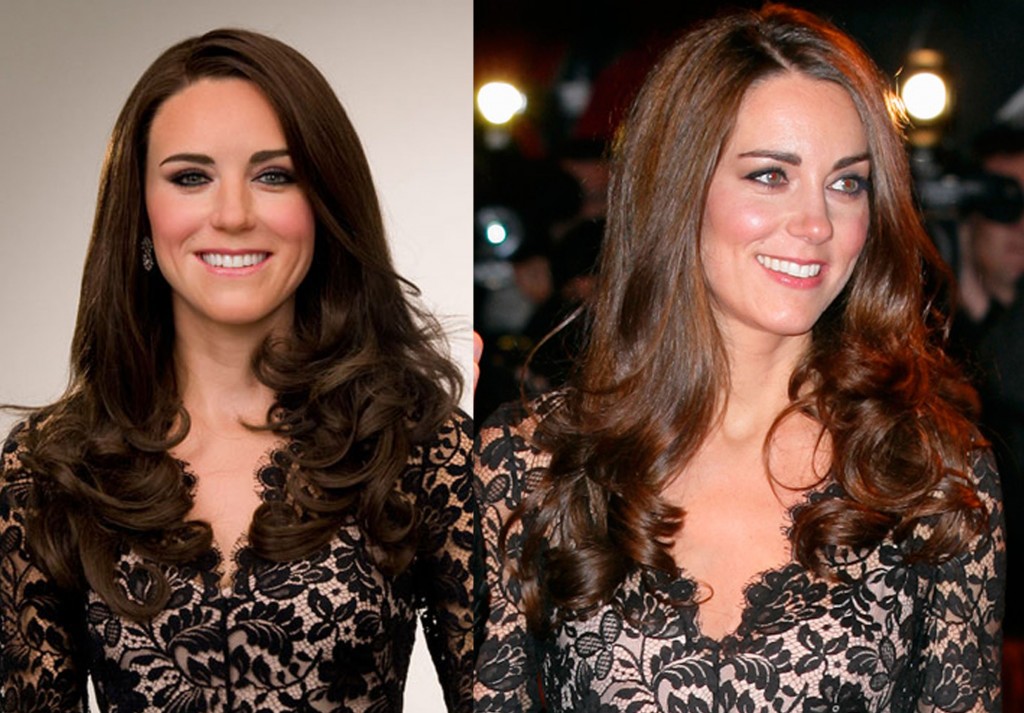 The most recent waxwork of the Duchess Of Cambridge is pretty much identical to the real Kate, and even has her style down to a tee. The smile lines and dimples have been perfectly recreated, as has her famous dazzling smile. She hasn’t been made to look overly shiny (which most waxworks do) and even her glossy locks are accurate to the real thing! 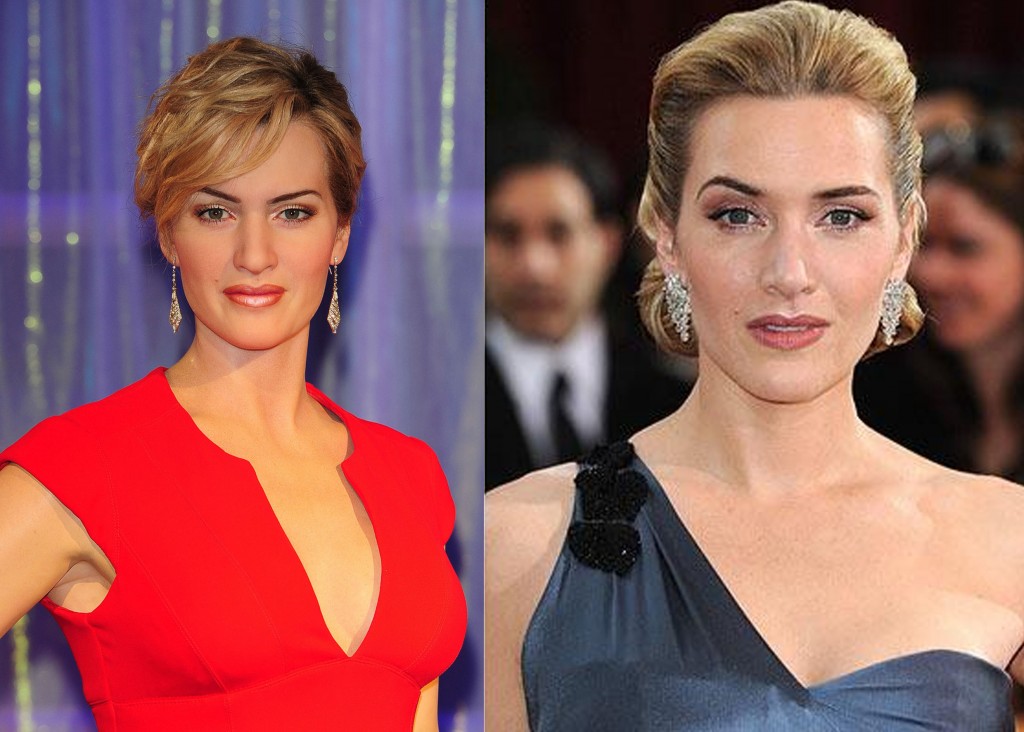 This is probably one of the best waxworks I’ve seen and I think if anything – the waxwork is a more flattering version of Kate! The artists have captured her brow perfectly, her lip shape and her beauty spot. It’s amazing! 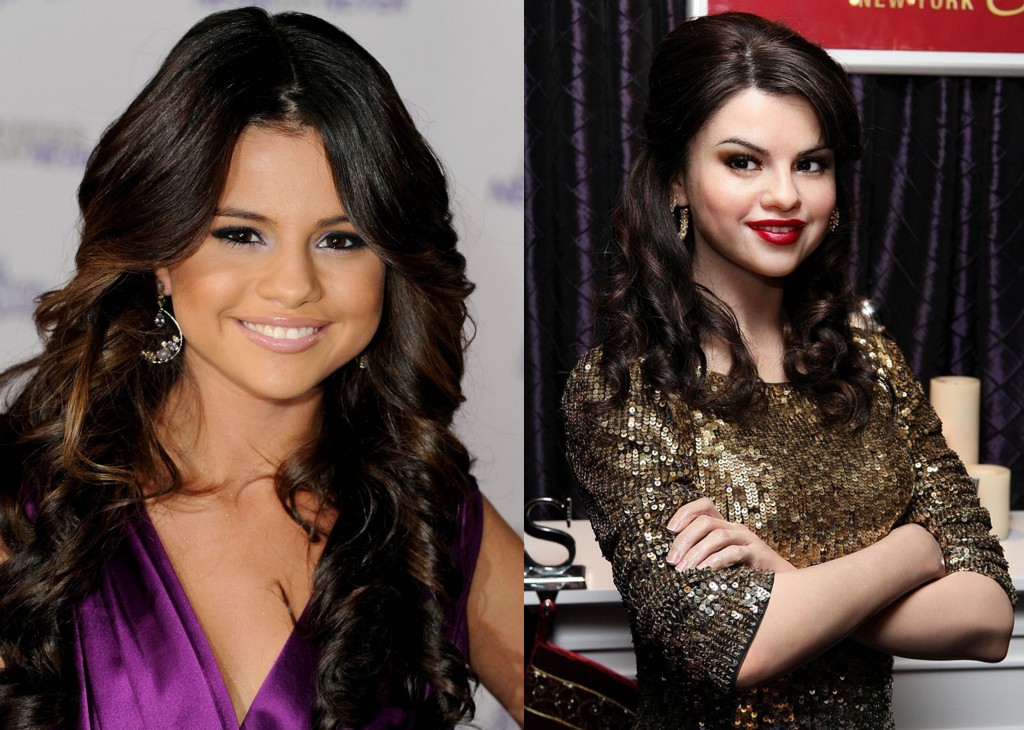 She’s considered to be one of the most gorgeous girls in the US at the moment, even bagging Justin Beiber as a boyfriend. However, this pretty awful waxwork of her doesn’t reflect her beauty in the slightest and it almost makes you wonder whether the artist was looking at the same picture. The waxwork artist has created unflattering dimples and dips which don’t belong on the real Selena and has completely changed her brow shape so that she looks a little demonic. I wonder if Selena thinks it is a flattering reflection of herself? 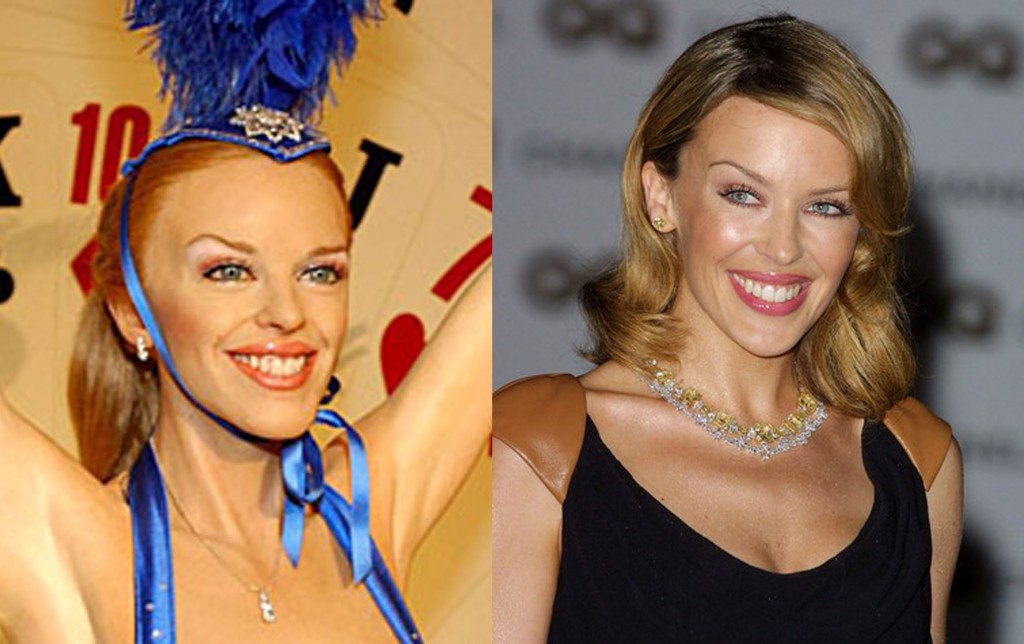 You can kind of (I say kind of) see where the artists got their inspiration from, however this awful waxwork is a really unflattering reflection of the Australian beauty. It kind of has the teeth right, but they have over-exaggerated Kylie’s delicate features to create something quite scary. What do you think?

And the just plain ugly (well, sort of)! 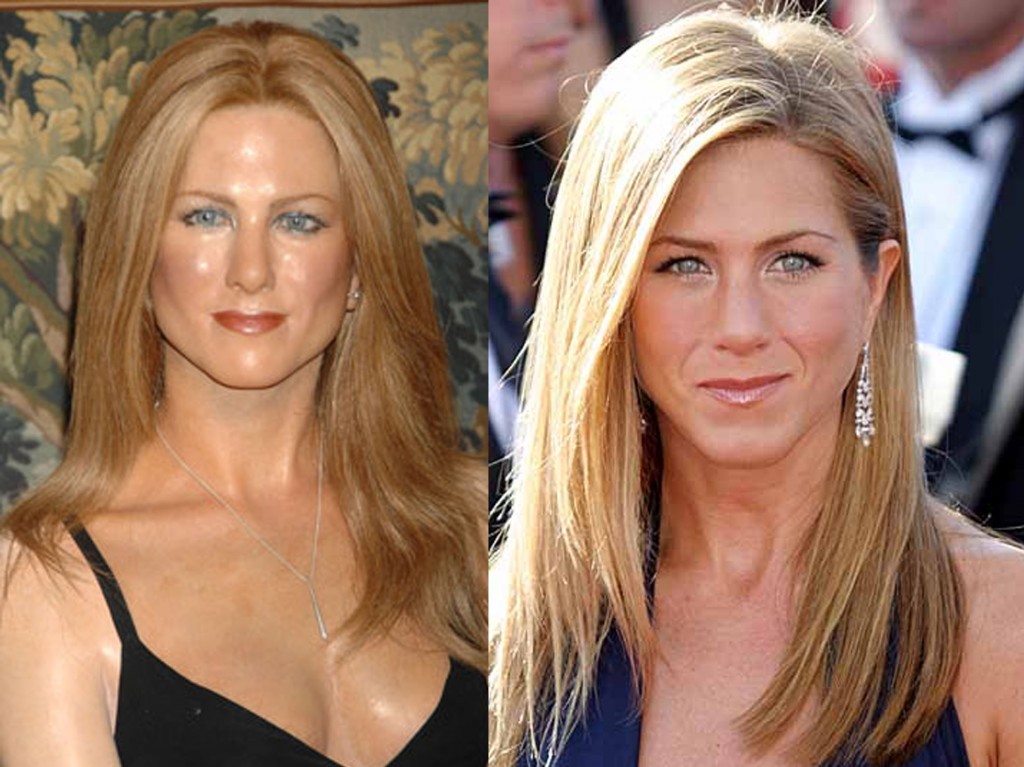 All I can say is poor Jen. Whoever created this waxwork replica perhaps wasn’t a great fan of the Friends star, as they have aged her by about twenty years, made her famous locks frizzy and slightly wiry and have made her look overly shiny. I personally don’t think it looks like Jennifer at all and any resemblances are an unflattering version at that. Do you think it’s a fair replica? 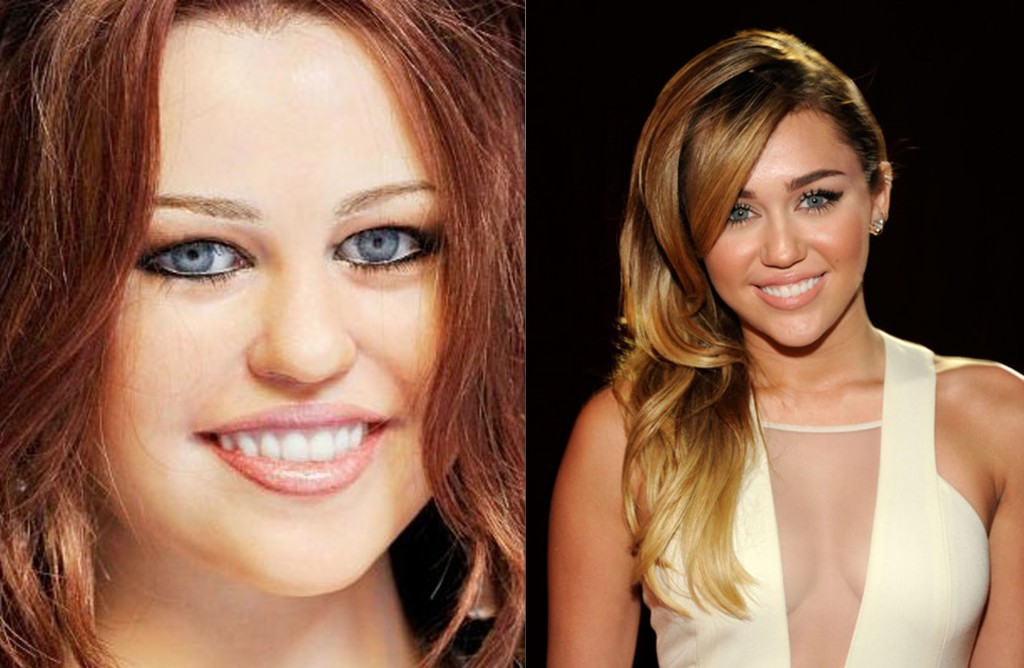 All I can say is Oh. My. God. I actually snorted with laughter when I saw this attempt at a Miley Cyrus waxwork. The artists have made Miley look about three stone heavier than she actually is, have done a bad job at re-creating her eyes and have transformed the Disney star into a pigger version of herself. Is that mean?

Please note: these photographs do not belong to me and I do not take credit for them. They are used purely for reference purposes only.

Made in Chelsea; S6, E8 in Fashion
Nook Giveaway 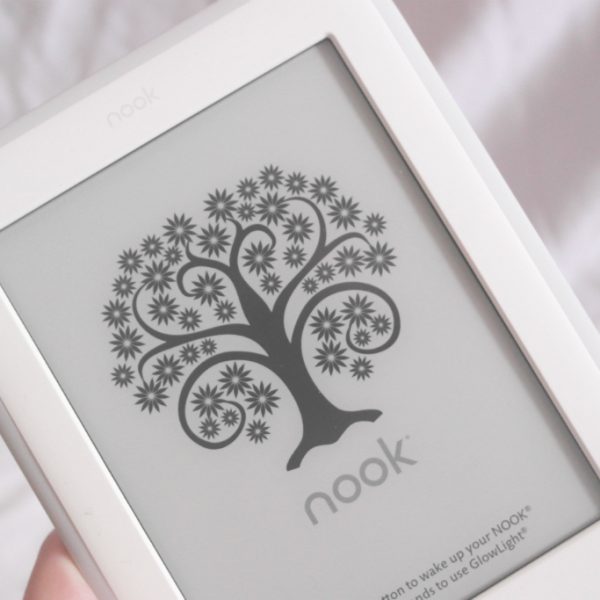 An Interview With Tamara Kalinic! 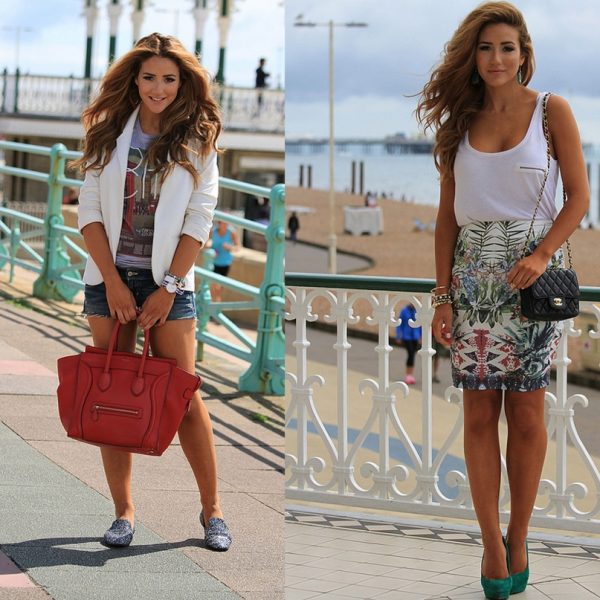