After the lower than expected ratings figures of Channel 5’s ‘new and reformed’ Big Brother, rumour has it that things will be ‘spiced up’ right in time for January’s Celebrity Big Brother series. Although every year, without fail – there have always been speculation about who is going in, most of the time – several of the assumptions are right. Let’s face it, not much is left in the dark when the media in on the case!

Rumoured to be going in to January’s series is none other than original mean girl Lindsay Lohan! Apparently, if she is able to get her papers signed (to allow her to leave the country, as she has several drugs offences that may prevent her from doing so) then she is set to re-launch her career in the UK by appearing on CBB. Personally, I’m not quite sure if its the right move for Lindsay, as she has been in quite a bit of trouble lately and I’m not sure how she’d cope being locked up ‘in a social experiment’, however she may be looking to follow in the footsteps of Tara Reid – who appeared in the last series of Celebrity Big Brother. Tara was then featured in Jedward’s new video, and was featured in the UK press much more after her stint – could Lindsay be looking to do the same? 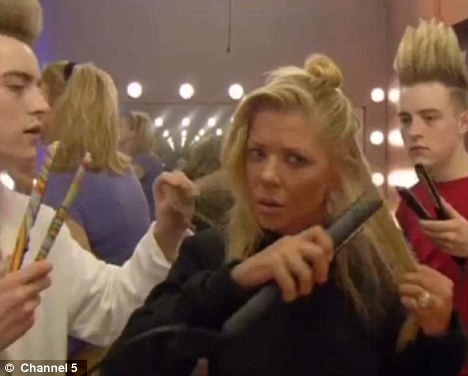 Is it the right move for Lindsay? What do you think? If you could have ANYONE go into the BB house, just so you could see the ‘real them’ – who would it be?

It really is.. all about Amy!
Christmas Wishlist
Blog Sale