Originally this was going to be 50 random facts, and originally, this was going to be video recorded as my first ever YouTube video. However, I found out after writing my facts that my camera didn’t have a video function (oops) and I decided that my webcam wasn’t good enough quality to start a channel up.

I don’t usually get involved with ‘tags’ but I think the ‘random facts’ tag is particularly interesting (especially for nosey people like me) as it enables you to get to know each blogger a little more personally. Even if they are random, inane and completely pointless facts like a lot of mine are! 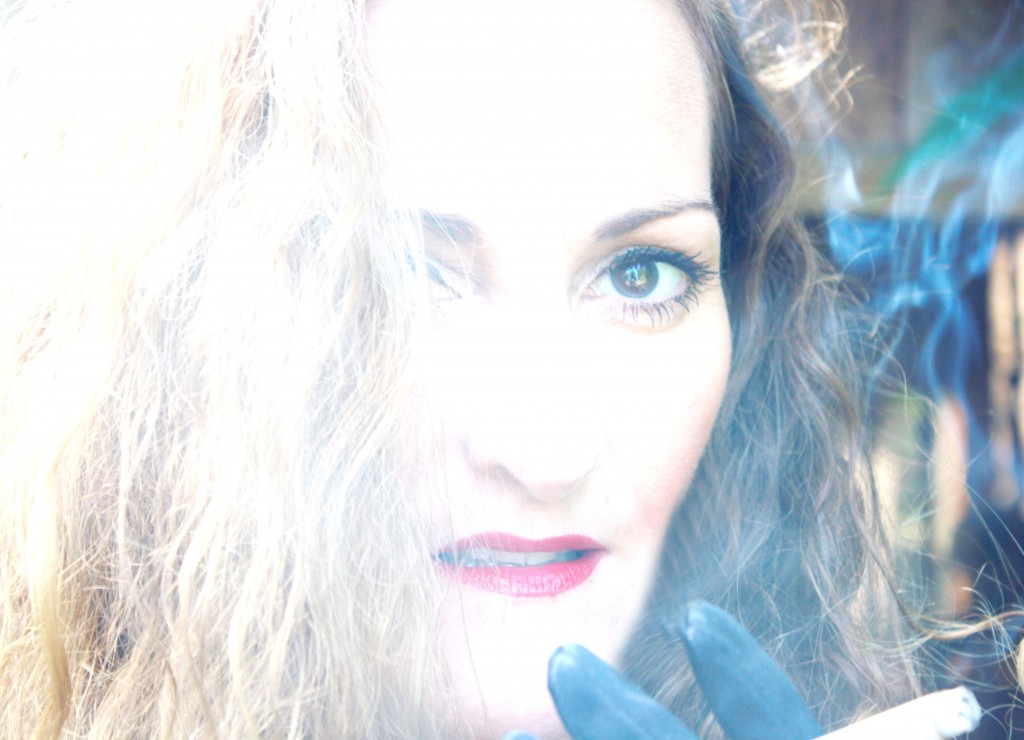 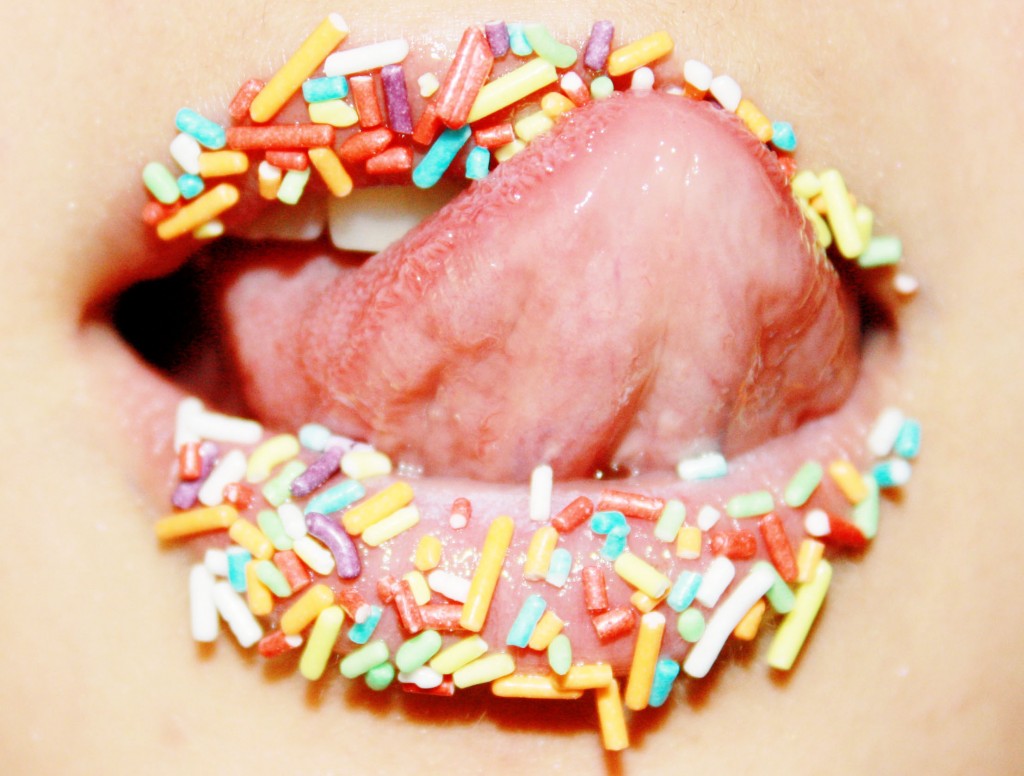 1. I cannot control my emotions, and I am a VERY emotional person. I once blubbed at Nicola McLean coming out of the Big Brother house. Don’t ask me why. I also cried when Khloe Kardashian and Lamar Odom got married (I watched this episode for the fourth time yesterday). Also, on the mini tram going into the Disney Florida park, it all got a bit too much for me and I was choking back the tears. I was just SO excited.

2. Aged 6-8, I wanted to be an astronaut when I grew up. On my 8th birthday I was taken to the Sydney Space Museum, where I discovered that astronauts had to eat dried food and sleep standing up. Immediately, my career plans changed.

3. I worry about EVERYTHING. I have a real problem with worrying and find myself fretting about every little tiny minuscule detail of my/everyone else’s life. If I get a text/email that is worded in such a way that I could read it negatively, I will ruin my day with worry. In fact, if I don’t have anything to worry about, I will worry about the fact I have nothing to worry about.

4. I used to fancy myself as a bit of a photographer (see images displayed in this post – above). I took Photography at GCSE level, and then at A Level. However, mid-way through my A-Level (actually, during my AS Level 10 hour exam), I was told I had ‘plagiarized’ my photography because in one image, I had photo-shopped a tiny flower into the background. After amending the image and changing it to a flower I had photographed myself, I was then told because I hadn’t taken the picture of the flower in the last 6 weeks, I couldn’t use it. I burst into tears (I was having an emotional day), ran out of my exam and so failed that part of my course. I then dropped the subject and have only carried on photographing and using my Canon 1000D because of my blog. 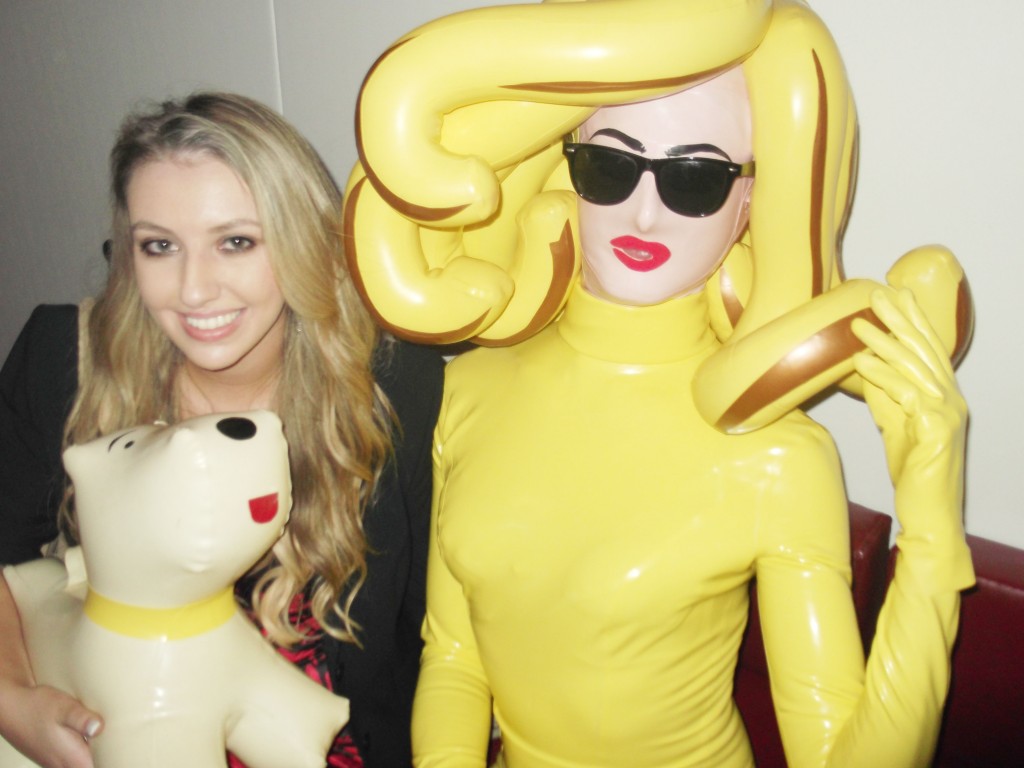 5. I would never use the word hate, but I strongly dislike Lana Del Ray and Joss Stone. I don’t know why. There’s just something I don’t like about them both.

6. I’m awful at lying. A few years back, I tried to buy myself a ‘childs’ train ticket (you have to be under 15 to qualify) as a way of saving money. When the man in the ticket booth asked me for my birth date, I blurted out my real one before then mumbling some other dates and running away. The same thing happens at the cinema. I can’t even white lie.

7. I knew I wanted to be a journalist when aged 12, I was asked to be a junior reporter for a new lifestyle magazine which was run by my grandparents neighbours. I was able to review a brand new water park and write about my experience afterwards. Admittedly, it wasn’t my best written work (one of the quotes includes ‘this ride was so fast and so scary, that me and mum screamed all the way down’) but the thrill of seeing my name in print was enough to inspire me to want to take it to a career level.

8. I am a little embarrassed to admit that I still sleep with a cuddly toy. He’s called Mouse and he is a cross between a cat and an owl. 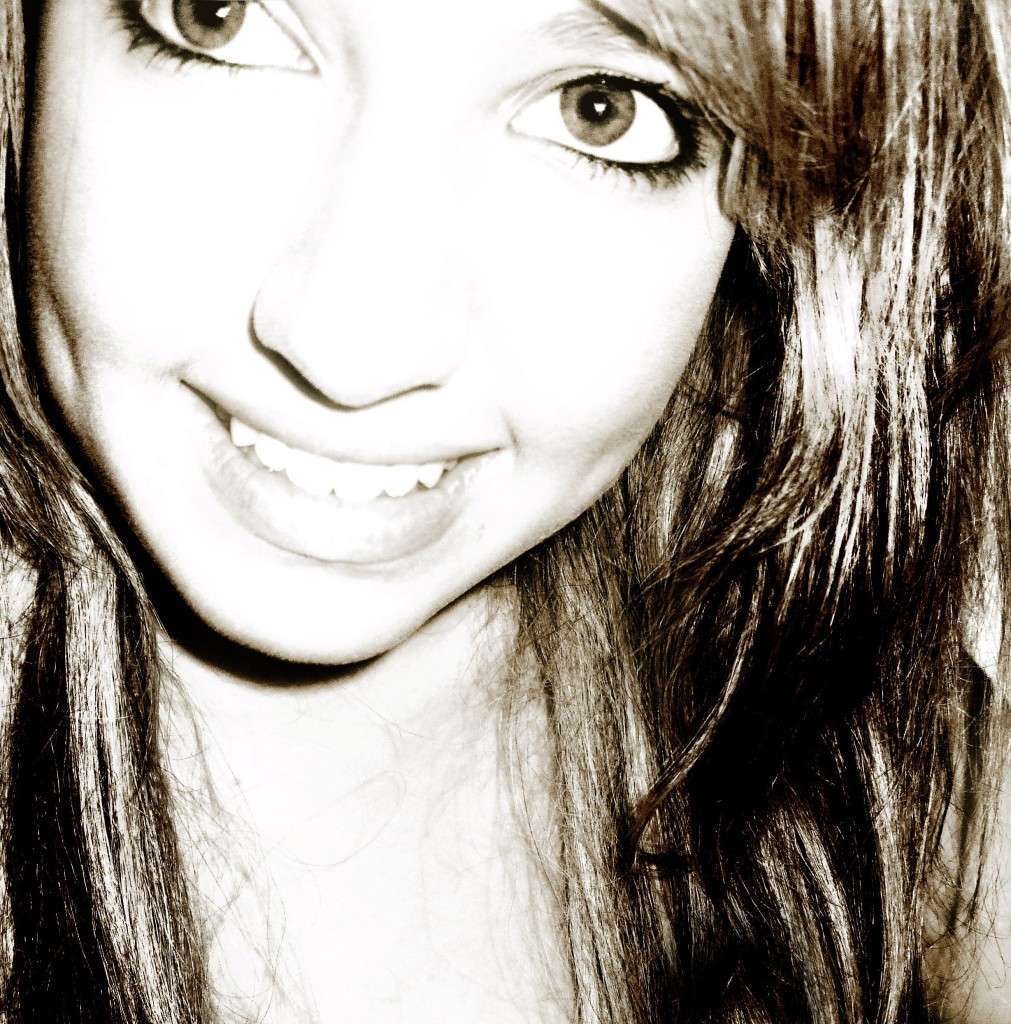 9. I am obsessed with Harry Potter, as I am sure you are aware. If I’m ever shopping in my local town, I insist on popping into Waterstones for an hour to read a chapter of Harry Potter: from page to screen. I’m probably never going to own it myself (I consider £49.99 far too expensive for one book), but it’s the only Harry Potter merchandise/book that I don’t own yet.

10. I love nights out with friends, especially in some of my favourite London Clubs, but I have an ‘off’ button. I can be having a whale of a time, dancing around like crazy, drinking and enjoying myself, until suddenly my body shuts down completely and I NEED to go to bed. I become all tired, moody and grumpy until I reach my bed. A little high maintenance, I know, but usually this ‘off’ mode turns on at around 2am, so I have until then to enjoy my night.

11. I used to spend ALL of my time on The Sims. I don’t understand (and I still don’t understand) the fascination with creating families, decorating their house, telling them to go to the loo a few times, before then getting bored and creating a new family. I always used the money cheat too, and it go a little boring after that. 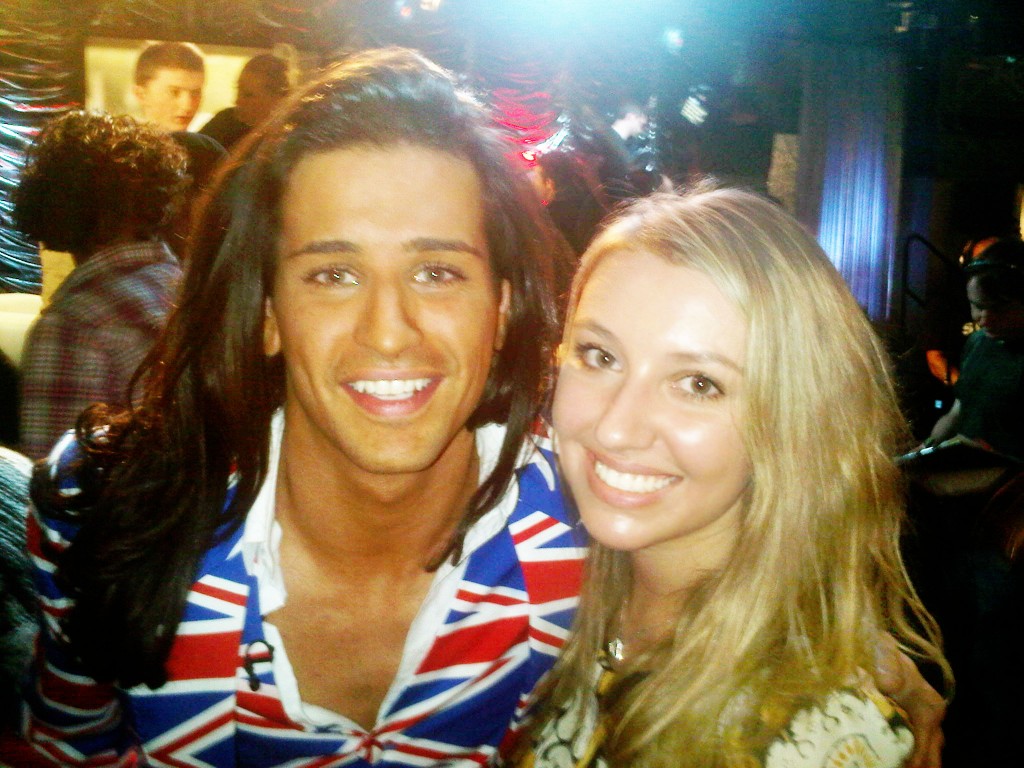 12. My ultimate dream is to have a walk-in-wardrobe. Then, I will know I’ve made it. I already know the kind of racks/rails and drawers I want. I have it all planned out. It doesn’t even have to be huge, it’s just the ‘walk-in’ part that counts.

13. If I’m in an organized mood, I will tidy the fridge, the kitchen, my dressing table, my brother’s room and my boyfriends. Otherwise, I’m a pretty untidy person.

14. I am obsessed with Keeping Up With The Kardashians. In my dreams, I am their long lost sister (I’ve decided my name is Karmen) and as soon as they discover me, they take me under their wing and invite me into the family. I can quite happily spend £25 on one of their boxsets, and can watch episode after episode without getting even a tiny bit bored.

15. I can never get song lyrics right. They sound right in my head, and I can always get the tune and the rythm right, but the lyrics.. I create my own. 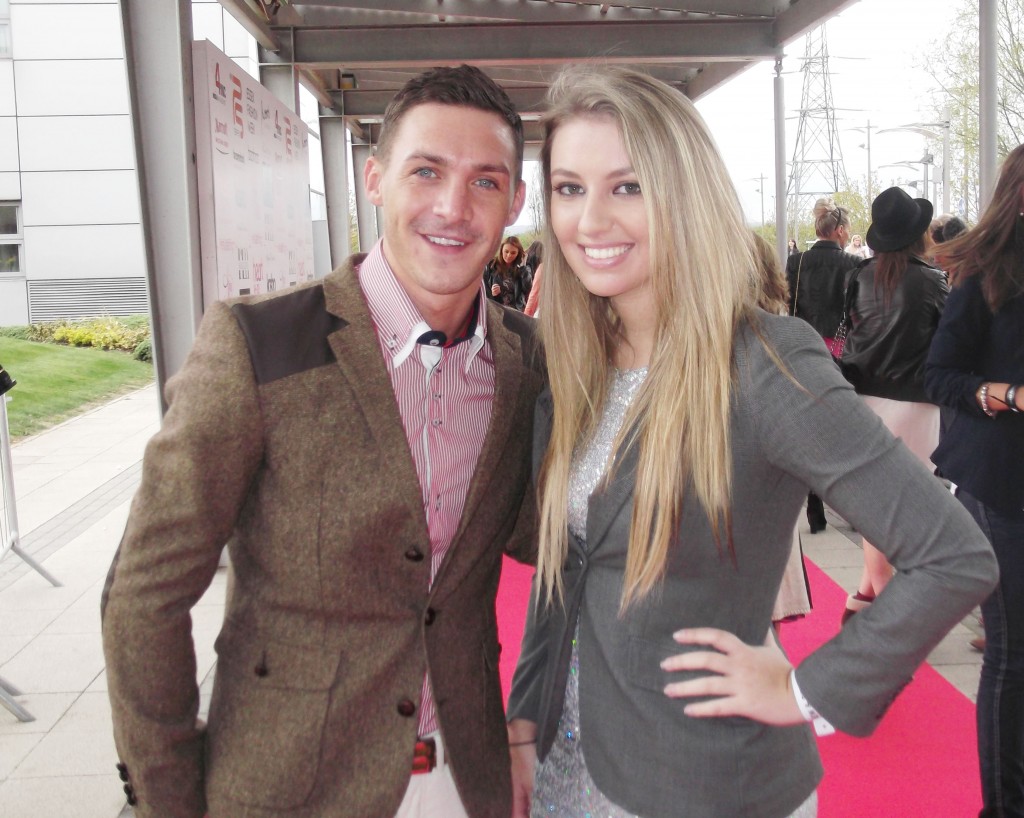 16. I was once a member of the British Touring Operatic Society. I performed in two shows, before deciding that I wasn’t destined to be an opera singer, so I quit. In one of the shows, I played the part of a crow, and my singing partner was a little old lady called Doris who thought my name was Charlotte.

17. Hardly anyone gets my name right. I’m called Charlotte on a regular basis (I never correct anyone anymore), and my name is either spelt ‘Scarlet’, ‘Scarlette’, ‘Skarlett’ or ‘Scarlotte’. It’s Scarlett. And isn’t that much of an uncommon name.

18. I love half-shopping online. I tend to ‘fill’ my baskets with all the things I want, proceed to the checkout, before then getting cold feet and closing the window. I must have ten/fifteen baskets on the go at present. So, maybe ‘wishlist’ might be a better term for them?

19. I love Real Housewives of ANYWHERE. It is trash television at it’s best. I can zone out, and escape into the world of Beverley Hills, Orange County or New York City, where the only thing the women have to wear about is ‘who has had the latest plastic surgery’, ‘who is younger/skinnier/prettier’ or ‘who has the biggest house’.

20. I am really shy when you first meet me, and I’m such an awful public speaker. I forget what I’m trying to say halfway through, and so half of what I say is fairly fluent and confident sounding and then I start to stutter, before finishing my point off with ‘and yeah’ or ‘but I don’t know’. I’m working on this. 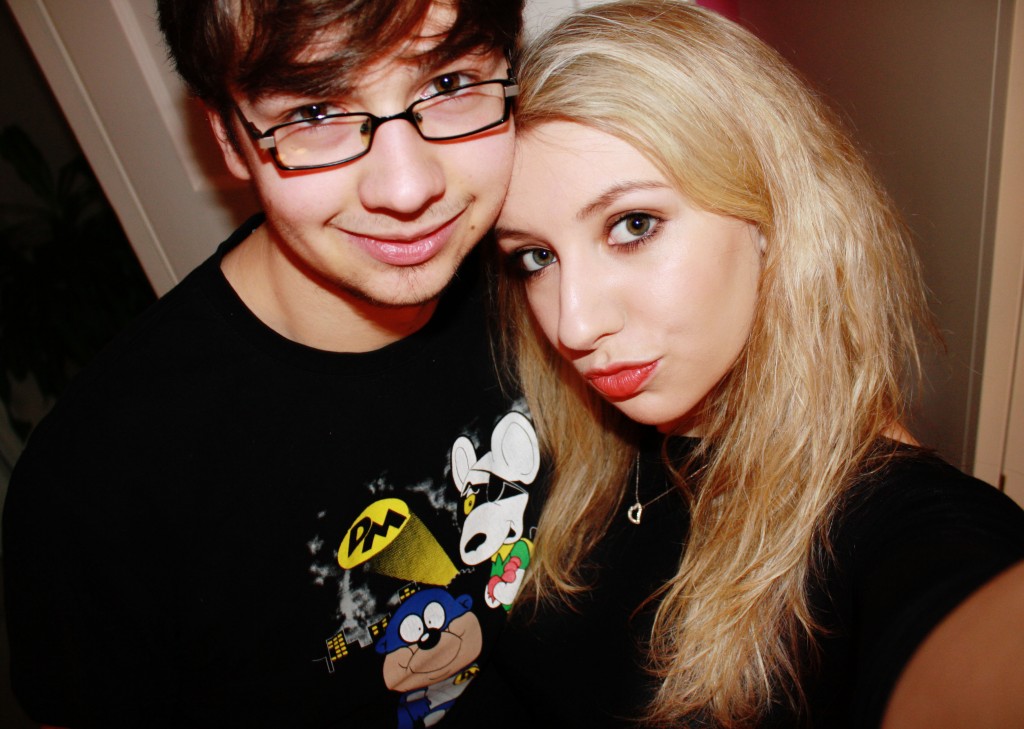 22. I think I have a physical addiction to chocolate. I start to have withdrawal symptoms (grumpy, moody, tired) after taking it away for just one day.

23. I am quite the perfectionist. If I accept a job, or a task given to me, I will try my absolute hardest to do the task to the best of my ability. And if it’s wrong, I will do it again and again until I get it right.

24. I hardly ever say ‘no’. I hate disappointing people, so I always say yes to things, even if I don’t have the time or interest to do it. I need to start saying no more, so that I can stop worrying (see point 3) about all the various things I’ve said ‘yes’ too, but can’t actually do.

25. I am so appreciative of everyone that reads my blog. So, THANK YOU!

Tours I can’t wait to take 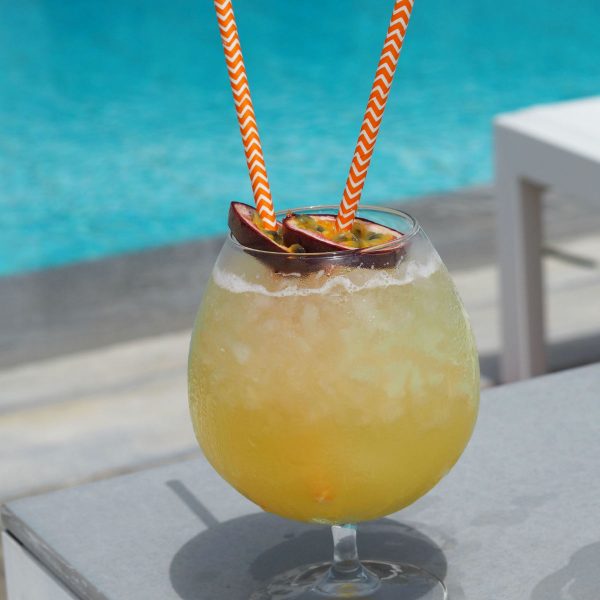 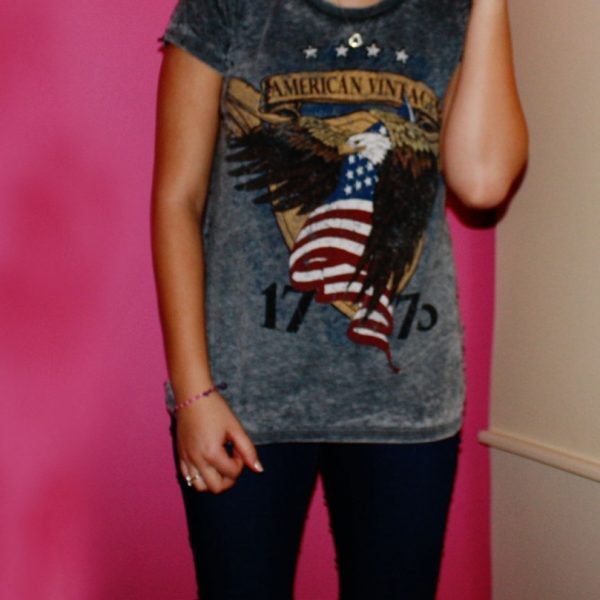