The world is Amy Child’s oyster, or so it seems. Not content with a stint on Celebrity Big Brother, a new show in the pipeline, a weekly spot on This Morning and a new clothing line – Amy Childs is also the new face of Tesco’s underwear range (which I have to say, for Tesco is looking pretty good).

It’s a smart move for Tesco, as Amy who has gathered a huge fan base after appearing on The Only Way is Essex makes the Ultimo designed underwear look much more expensive than it actually is. Although the 21-year-old has previously had a breast enlargement, personally I think that she has a natural and curvy body – as she isn’t unnaturally skinny. The underwear range starts from just £7, which in comparison to Ultimo’s normal £30 + retail price is a bargain.

Amy’s hair which is normally fiery red appeared to be toned down for the ‘Bra Queen’ photo shoot as she sported a deep brown colour instead.

Amy said that the underwear made her ‘feel like royalty’, which in my opinion is a little over exaggerated – as I’m not sure that you’d quite link underwear and royalty together, nevertheless I must admit that she does look fab. I think Tesco have picked well! 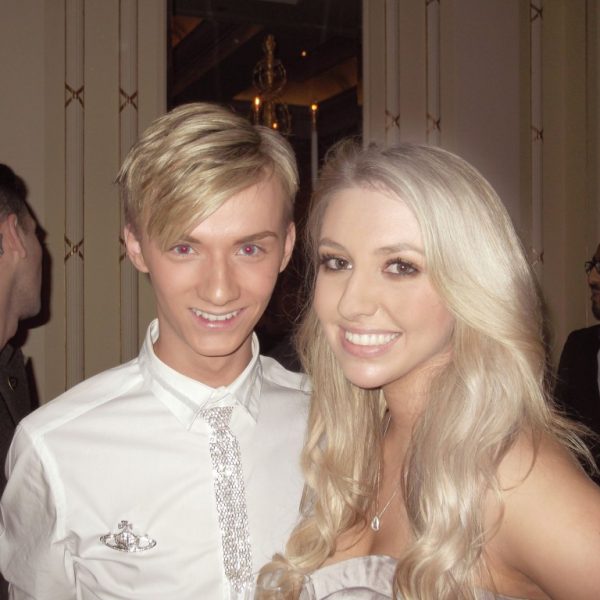 Scruffy Little Cat Bespoke Bags!
It really is.. all about Amy!