I have tried to steer clear of posting about Big Brother on my blog, simply because half the time no-one really watches it and similarly, many people go by the opinion it’s ‘just watching a bunch of people in a house’ , which in part – is true. However, after seeing the line-up on this year’s Celebrity Big Brother, I couldn’t resist posting just a little something, as in my eyes – it’s must-see TV!

Since the television rights of Big Brother were handed over to Channel 5, I honestly think the shows have been getting bigger and better. The producers seem to have a really clever way of concocting trouble and putting in certain types of people, who in the real world would never get along (think Paddy from Big Fat Gypsy Wedding and MP’s wife Sally Bercow). The new producers also know how to make the contestants tick, putting them in tasks to stir up trouble and keeping us entertained by throwing in new rules and having clear story-lines (yes, I know it’s supposed to be reality TV, but they do incorporate some kind of narrative) in the 9pm nightly shows. 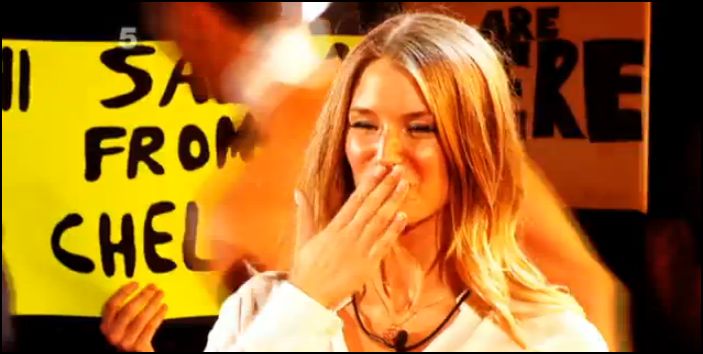 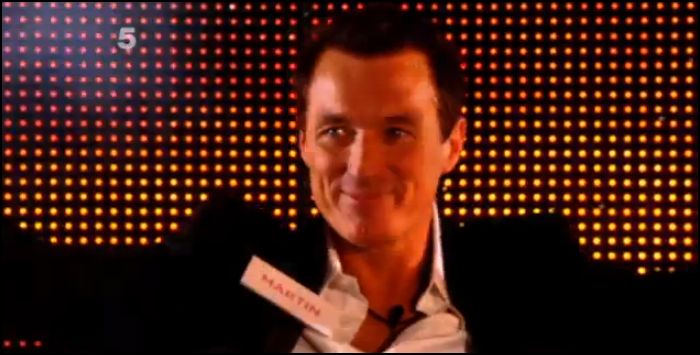 The current series – which started on Wednesday if you are still interested in giving Big Brother one more chance – has a diverse mix of characters who altogether make up a very intriguing house. However, the producers have put in one obligatory unknown model (umm, Rhian Sugden – I know she ‘sexted Vernon Kay’ but if I’m honest, I’ve never heard of her?) who claims to be intelligent, which makes you think ‘okay, perhaps she is intelligent, has half a brain and is going in to prove she breaks away from this stereotype’ before then saying something to completely contradict this, in Rhian’s case –  ‘domesticated… is that a word’. 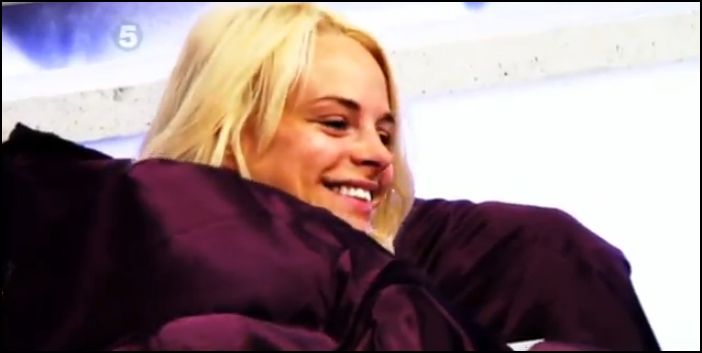 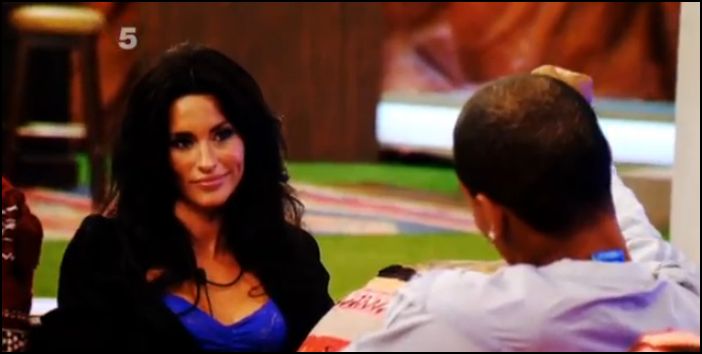 The rest of the housemates however, are intriguing in their own way – as Jasmine is clearly a big *bitchy* character who likes to have her own way and stir up trouble, whilst ‘rinser’ Danica (read my interview with her here) is playing the good girl card, despite her job on the outside world. Soap stars Cheryl and Julie are really interesting, as they are both larger than life characters who have both proved they are excellent actresses (see the opening night antics) but haven’t yet proved they are ideal housemates. Julie kept most of the house up on her first night, as she apparently ‘snored like a broken boiler’ and ‘spoke in russian’ throughout the night. 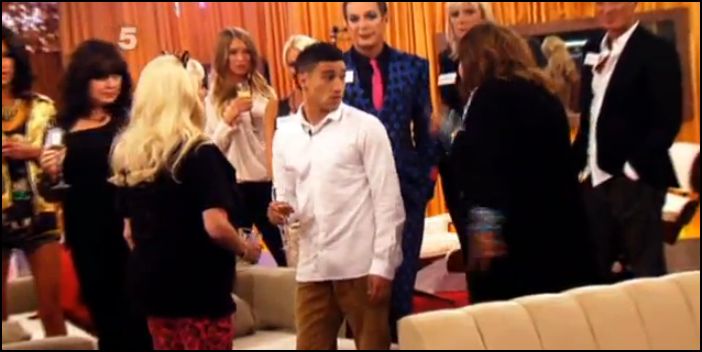 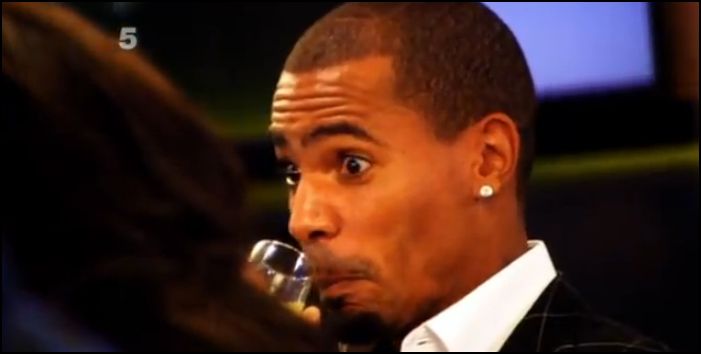 One of my clear favourite’s in the house so far is Julian Clary (what an excellent housemate) as he isn’t afraid to say it like it is and comes out with some real corkers. Poor Julian thought he was in the house with Ross Kemp on the first night, before Big Brother finally let him know – it was actually Martin Kemp. I thought the most hilarious moment was when he met Jersey Shore’s ‘The Situation’, as upon discovering he was american, Julian told him ‘don’t worry, I’ll use short words’.

Jasmine Lennard is an interesting pick by producers, as by many – she’s relatively unknown, however in the celebrity world, she’s really played the field and has been with some of the world’s wealthiest and most powerful men. As she is under strict instructions not to talk about her most infamous relationship (with Simon Cowell), she can’t really disclose what it’s like to be one half of a very powerful relationship, however she recently told housemates that what has been printed about the relationship was completely untrue and that the truth will all come out in the end! Strangely, I recently read Simon Cowell’s Biography by Tom Bower (Sweet Revenge, 2012) and there was no (or little) mention of Miss Lennard, clearly he wants to forget that part of his life. I wonder why? 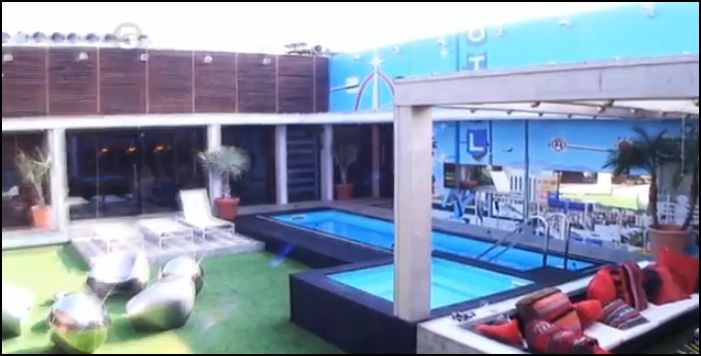 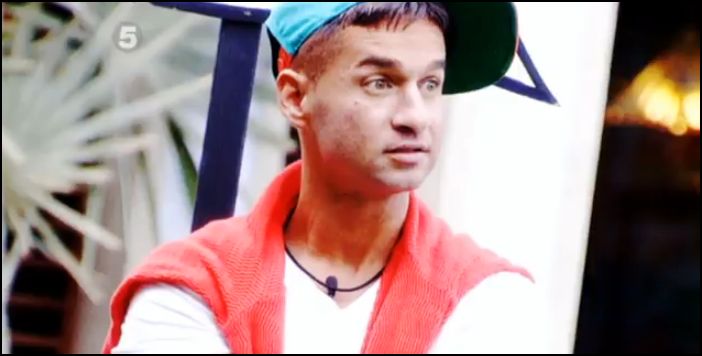 Oh and I almost forgot to mention Samantha Brick, the Daily Mail’s controversial journalist – who I secretly love, simply because a good journalist always sparks a debate or voices an opinion others are afraid of. I think it’s fab that the producers have managed to snap her into the mix, as I’m sure she’ll have quite a few things to say when she comes out! However, despite her harsh demeanor and opinionated, blunt articles – she has actually come across strangely normal and almost, well gentle?

All in all, it’s going to be a great three weeks – with plenty of drama, action and gossip! Up for eviction this week (yes, already) are Rhian and Jasmine, so personally I think Jasmine will make a more interesting housemate (and hopefully, she’ll spill the beans about her and Simon). Let me know what you think of the new series so far, are you excited by it? Or is it boring like previous years? Who is your favourite housemate on this series?

How to: Christmas Party Make-Up Tutorial
Who Is The Real Samantha Brick?
Amy Childs – the new face of Tesco!