The word ‘challenge’ scares me a little bit. Almost like it’s setting me up for a failure before I’ve even started. Not that I don’t like channeling my efforts into something (don’t get me wrong, I thrive on setting and achieving goals) however on the whole, I always doubt whether I can actually stick to any one thing.

So, when Sure got in touch with an exciting collaboration, trial running their Sure Compressed deodorant and competing in a ‘can I last as long’ challenge, I thought it would be the perfect opportunity to prove to myself once and for all that if I set my mind to something, I can actually do it.

Since I have recently given up dairy and eggs for health reasons, I thought that a foods based challenge was something I could succeed in – especially if there were health benefits as a result. So sure enough, I decided to give up sugar. Yes, that’s right – that magical sweet stuff that appears in pretty much EVERYTHING. It’s one of those hidden ingredients that doesn’t announce itself. The uninvited guest to every party. Chargrilled chicken pieces from M&S, sugar’s in on the act. Teriyaki sauce. Yeah, you guessed it. Sugar’s there too. 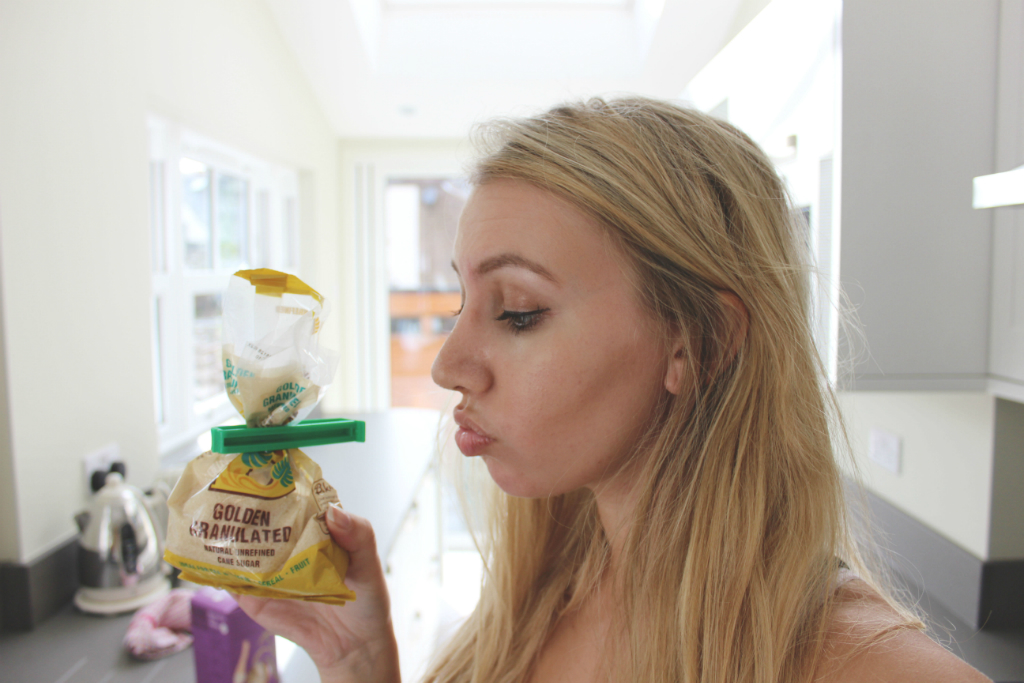 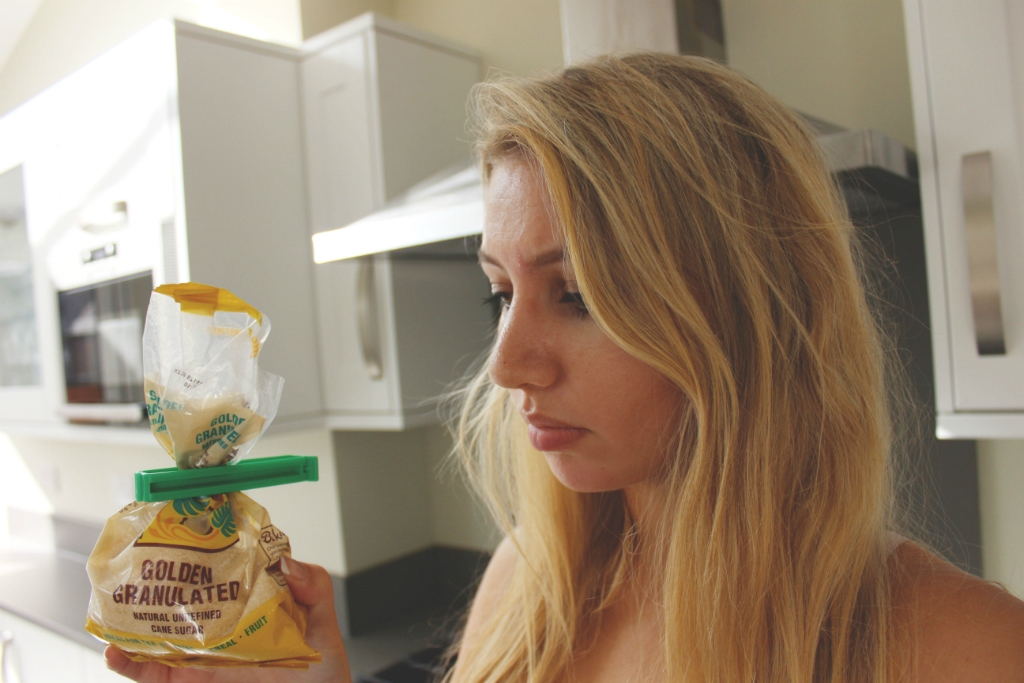 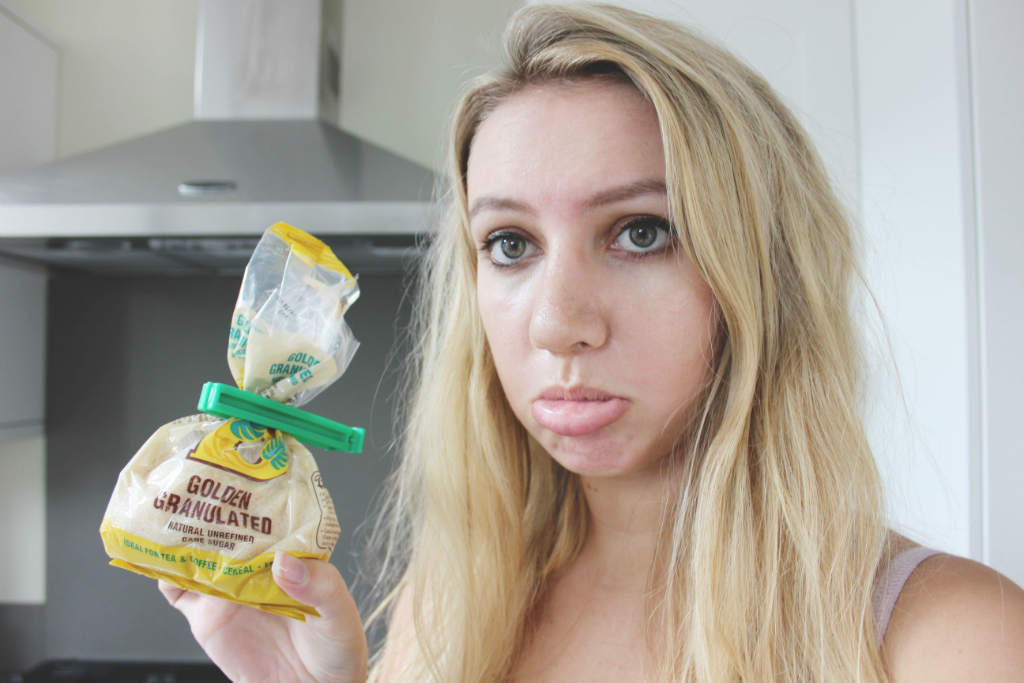 Now, when I say sugar – I mean refined sugar, rather than EVERY scrap of sugar. I still allowed myself fruit (I think I’d go insane without anything sweet). And I had to stick to it for a week – alongside trial running Sure Compressed, which is essentially just as long lasting as the regular version – but in a smaller bottle, which fits snugly in your handbag – far easier and a fab travel solution.

Sugar: I had an interview today and usually, I add a bit of maple syrup to my porridge just to cheer the day up. Instead I added strawberries and blueberries and almost instantly felt like I could be the new Deliciously Ella. I resisted all forms of sugar when out and about, opting for a rather lonely looking banana in Pret instead. Sugar free day one, complete!

Sure: I braved the tube in this ridiculously hot and stuffy weather – praying that Sure wouldn’t let me down, especially since I was wearing a roll neck (albeit thin) jumper. After cursing myself for my hideous decision making, I realised I wasn’t actually sweating as much as I thought I’d be. Score! 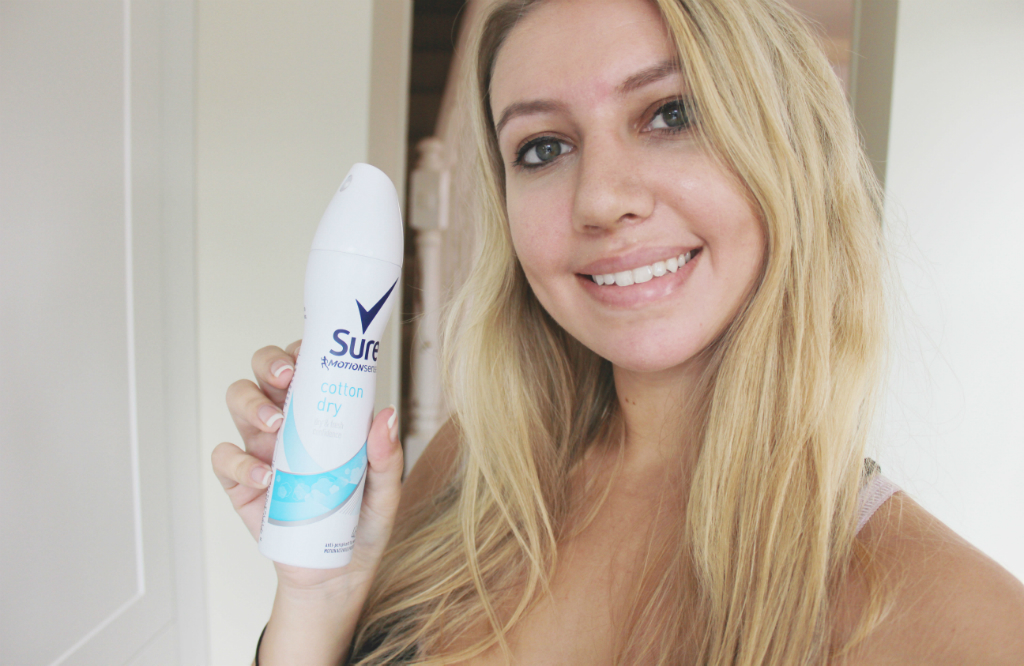 Sugar: I headed off for a couple of days today and panicked about my eating – since it’s always more difficult on the move. There’s so many unhealthy, sugary things available on the go – but hardly any (affordable) healthy bits – which is highly inconvenient. I bought a giant bag of carrot sticks and munched on them for the duration of the train journey. Apologies to my fellow passengers for all the crunching, I bet they thought it was never going to end.

Sure: I was in a hurry this morning and literally spritzed on my Sure Compressed while I was still drying off from the shower. Usually this is a no-go for me, as it wipes off before it starts getting to work and doing the job in hand, however I stayed feeling fresh all day – not even needing a top up when I reached my destination in a hot fluster (by which point, I just wanted to crawl into bed anyway).

Sugar: I had to sit and watch friends devour a chocolate brownie sundae, which wasn’t too bad, because I can’t eat ice cream anyway due to being lactose intolerant, but knowing I couldn’t even pop into Boots on the way home to pick up a bag of skittles to watch with Bake Off was a slight disappointment. Still, I stuck to my guns. Yes!

Sure: Usually when applying deodorant after shaving, it stings to the high heavens – however when I spritz this on this morning, it actually made my underarm skin softer. Weird?! But I’m not complaining! 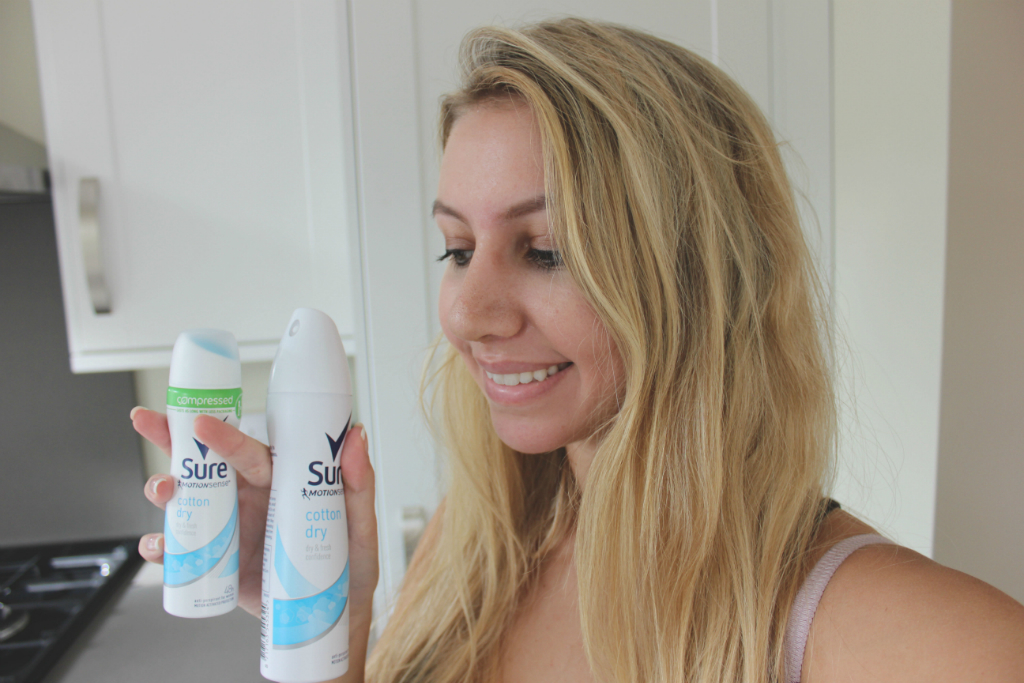 Sugar: I had a slight lapse. I forgot I was doing the no sugar thing and in a sleepy haze, I dolloped a great load of honey onto my porridge without even thinking. It wasn’t until I was spooning in mouthfuls and realising why it tasted so good that I realised. Don’t worry though, I was back on the bandwagon for the rest of the day!

Sure: I power walked into town to do a bit of shopping, with the searing heat pouring down on me. I felt dry and protected at all times and although I forgot to pop on my signature Bronze Goddess fragrance this morning, a very kind old lady came and complimented me on my ‘lovely perfume’. I’ll take that!

Sugar: A great no-sugar day! I stayed at home for the majority so there were practically no temptations at all. Apart from the fact I knew there was a fresh packet of gluten free, dairy free and egg free jam tarts in the cupboard. They called my name LOUDLY for the best part of the evening and I did my best to ignore them. I did sneak a peek of them in all their glory, sitting in the cupboard – but I resisted, and felt like a saint as a result.

Sure: The whole Sure thing doesn’t feel like much of a challenge, because it’s a fab deodorant and the fact it sprays rather than rolls on (like my usual option) not only saves me a bit of time but it also means I leave smelling fresh all over, rather than ONLY my underarms. My entire chest is benefitting, no more armpits stealing all the fun! 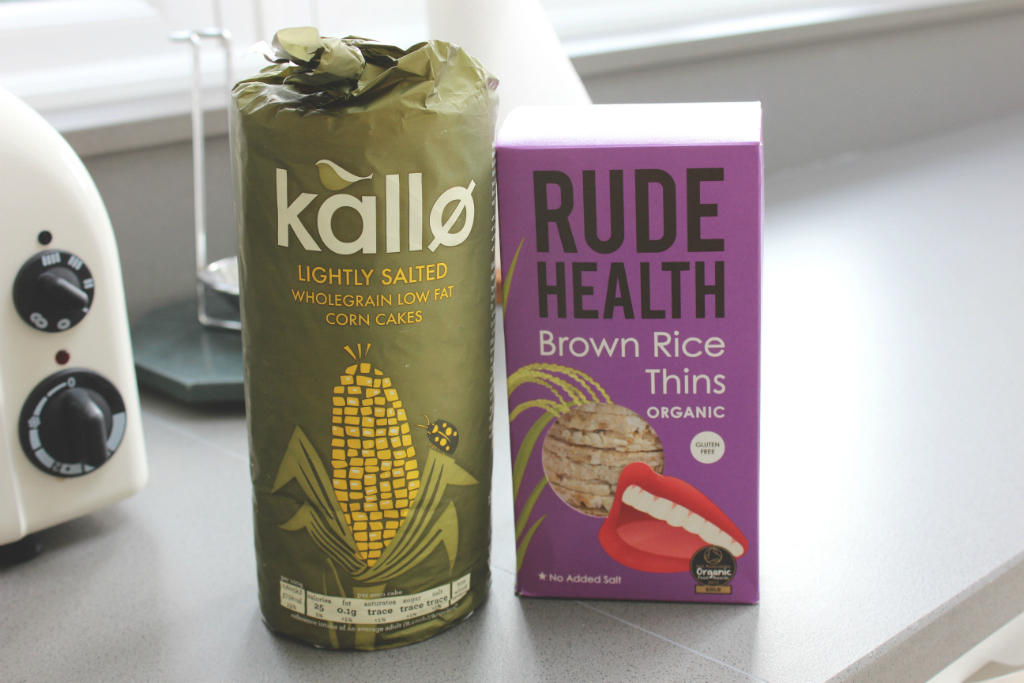 Sugar: I discovered a new snack which somewhat reduces any sweet cravings. One of which is from Rude Health – and comes in the form of Brown Rice thins. They sound strange but essentially, they’re just brown rice cakes. They taste absolutely delicious with some chopped up banana on top! I felt very proud of this invention. Similarly, if you want a more sweet taste – Kallo Corn Cakes are an ideal solution – especially yummy with bananas and chia seeds. I’m getting inventive!

Sure: Today was one of those days where the time seems to whizz by, yet my to-do list seemed to get longer and longer. I dashed in and out of the house (in between banana rice cake sessions) and didn’t sit down until about 11pm in the evening. Despite this, I felt fresh in the underarm department – which was a refreshing change, since these days usually leave me feeling both hideously tired and hideously gross. The tired part kicked in but my deodorant actually lasted until lunchtime the very next day (I forgot to spritz it on in the morning).

Sugar: Woo hoo, day seven is finally here! I celebrated by having a large jam tart and some strawberries with maple syrup.

Sure: Again, I had absolutely no complaints whatsoever. Although the deodorant bottle looks small, it still feels full – even though I’ve been rather generous with my sprays each morning. It’s taken pride of place in the bathroom, alongside my other morning essentials – and I don’t think I’ll look back!

So, the moral of the story is – Sure Compressed does last as long as the Regular version, but I cannot live without sugar. Having already cut out dairy, gluten and eggs, cutting out sugar is a little tricky – especially as sometimes, you just NEED that sweet tooth fix. Health benefit wise, I did feel much better bloating and tummy wise on the days I didn’t eat sugar – which is really good to know for controlling symptoms in the future.

Do you fancy having a go at your own ‘lasts as long’ challenge? Or have you already tried the Sure Compressed cans? Let me know in the comments below!

This post was sponsored by Sure, but as always – my views and opinions (and terrible jokes) were all my own. 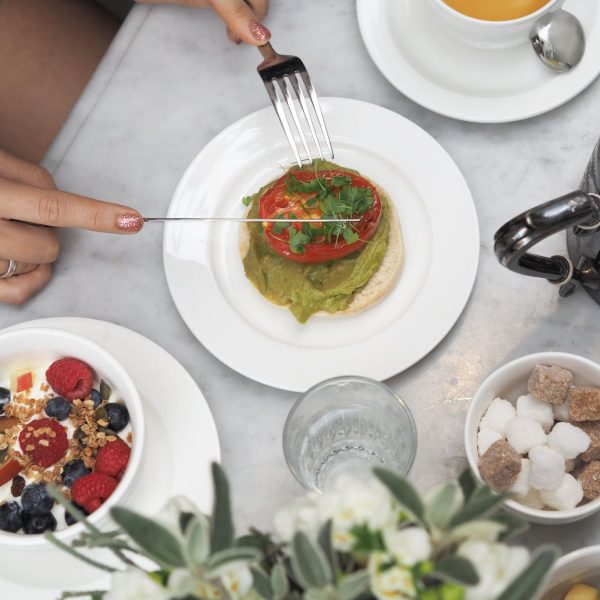 A/W Style Inspirations 2011.
The war of the Essex boutiques.