Fashion Week, although I’m sure glamorous looking on social media, is a bit of a minefield in reality. There’s a lot of standing around in ridiculous shoes in the freezing cold and twisting your knee because you’re wearing said ridiculous shoes (I’m talking from personal experience). Everything is very rushed, most things are running late and although you get to see some of your favourite blogger pals, it’s only usually in passing rather than a proper catch up. In other words, although it is the most glamorous event on the London calendar on the outset, behind the scenes its a different story.

For the past two seasons, London Fashion Week has moved away from its principal home at the gorgeous Somerset House and is now hosted in a carpark on Brewer Street. This was a requirement as they changed sponsors mid-way through last year (it used to be Vodafone, now it’s Sunglasses Hut) and although the inside of the main showspace looks very similar, the ‘hub’ that Fashion Week once used to have has somewhat been a little taken away. I think it’s for this reason that I found Fashion Week this year to be a bit underwhelming. There’s no longer the same buzz that there once was and everything feels a bit more corporate. 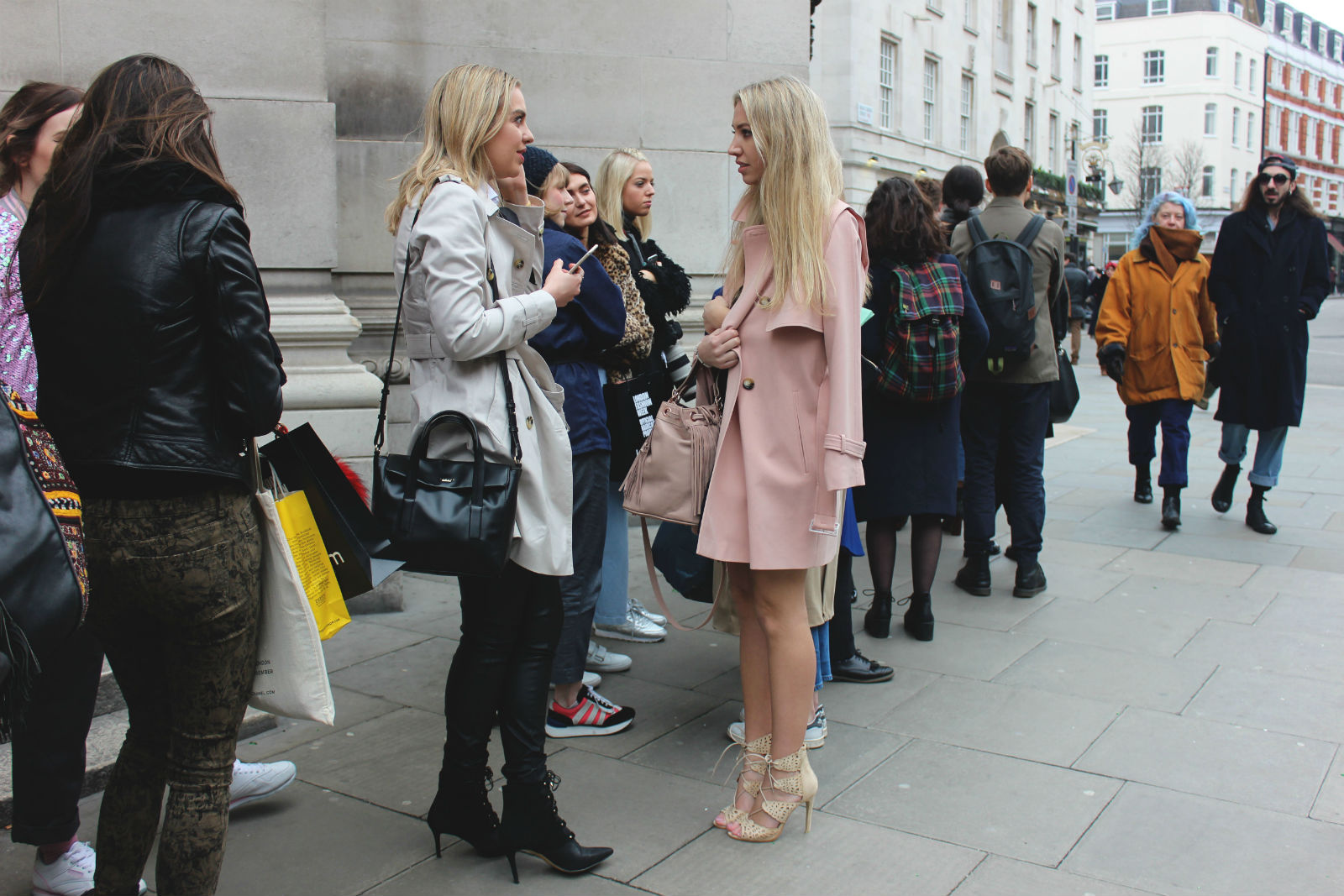 So for these reasons, I’m really glad I made plans to spend the two busiest days (Saturday and Sunday) with The Body Shop, who were the make-up sponsors at Freemasons Hall, the home of Fashion Scout. Filled with shows from up and coming designers, they always make for amazing hosts – taking us backstage and giving us the low-down on their looks and letting us fill their sponsor seats. I was lucky enough to attend 6 shows this season, as well as a couple of presentations and although I won’t take you through each one individually – I’ve included just a few of my favourites, including some exclusives on the make-up looks. 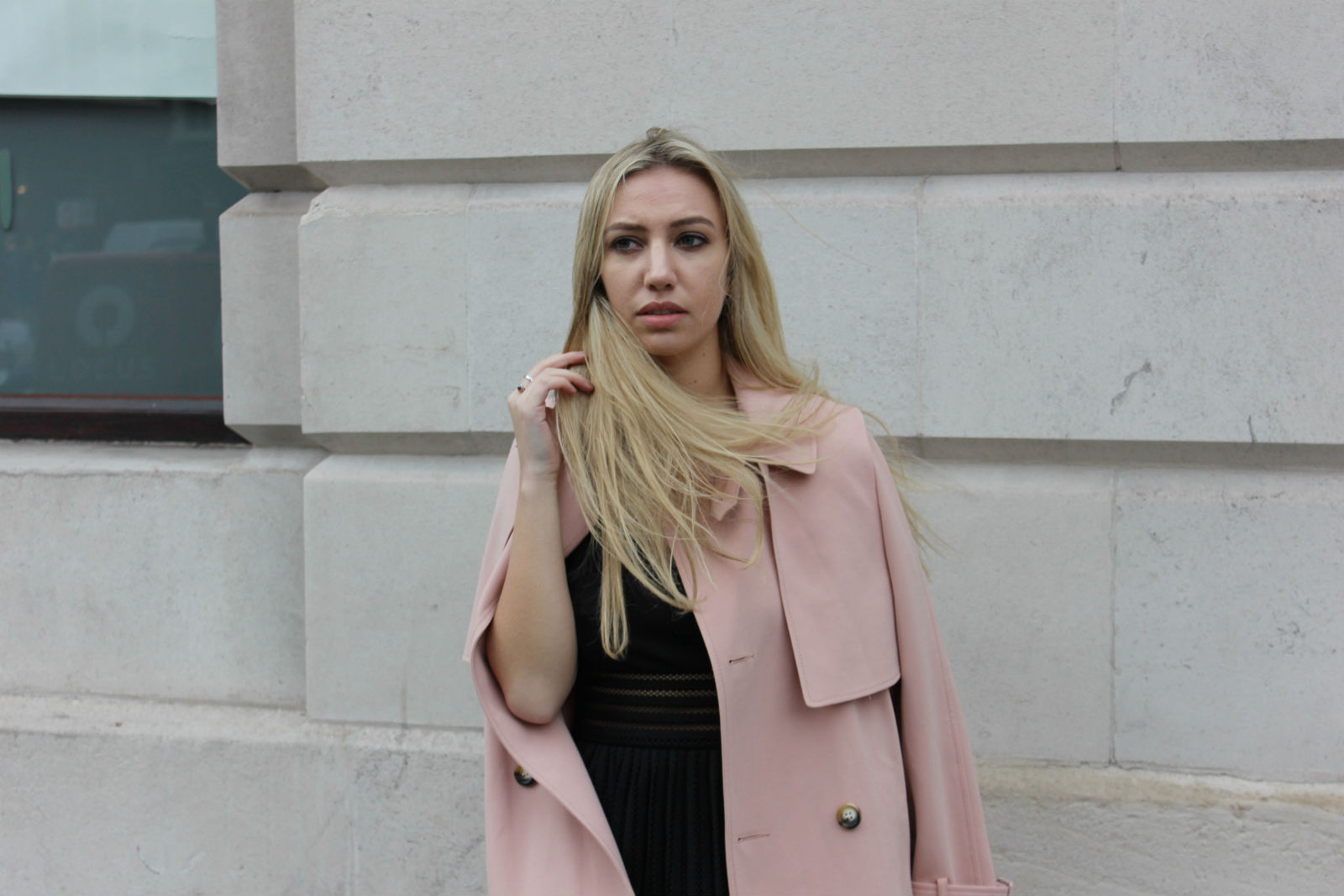 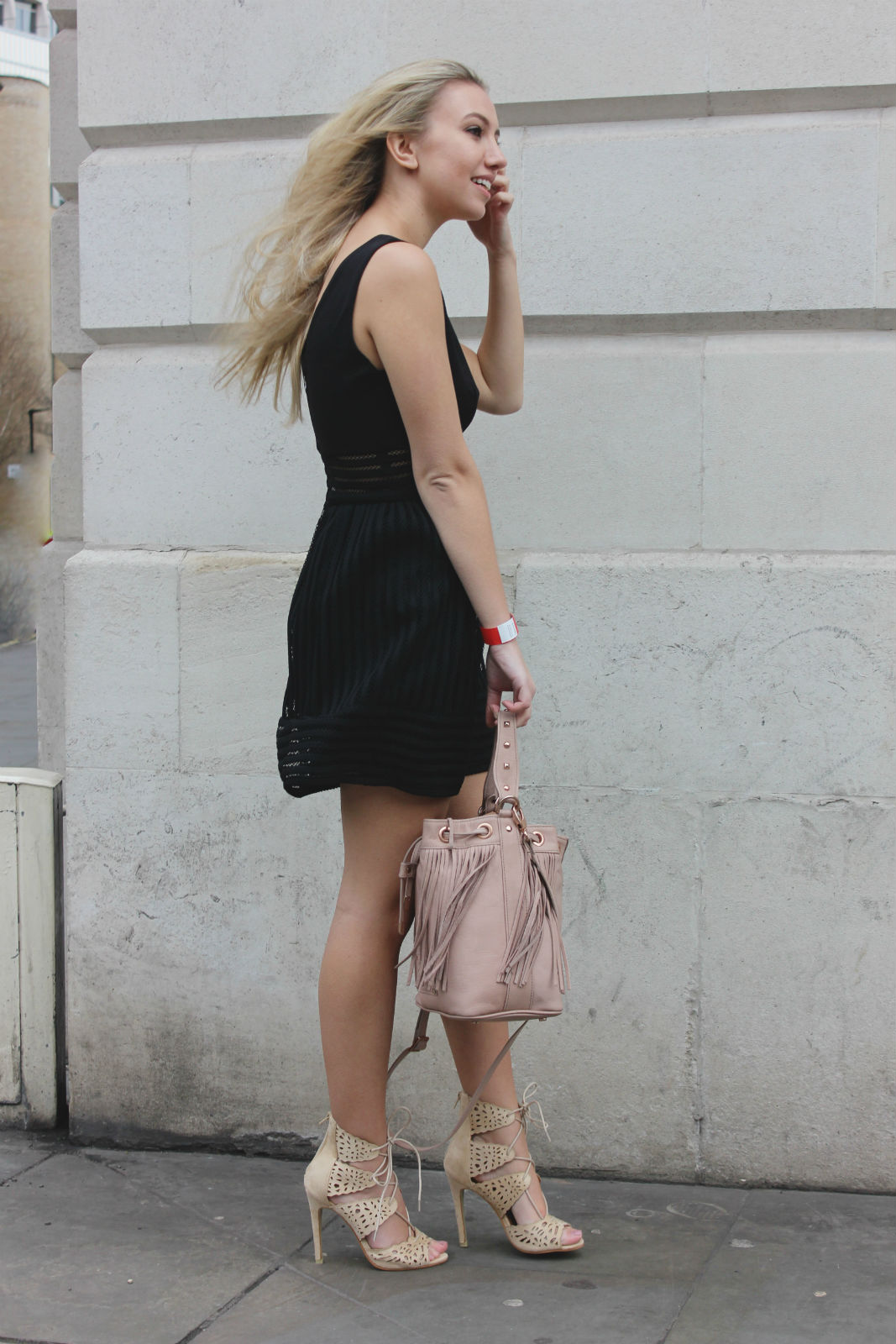 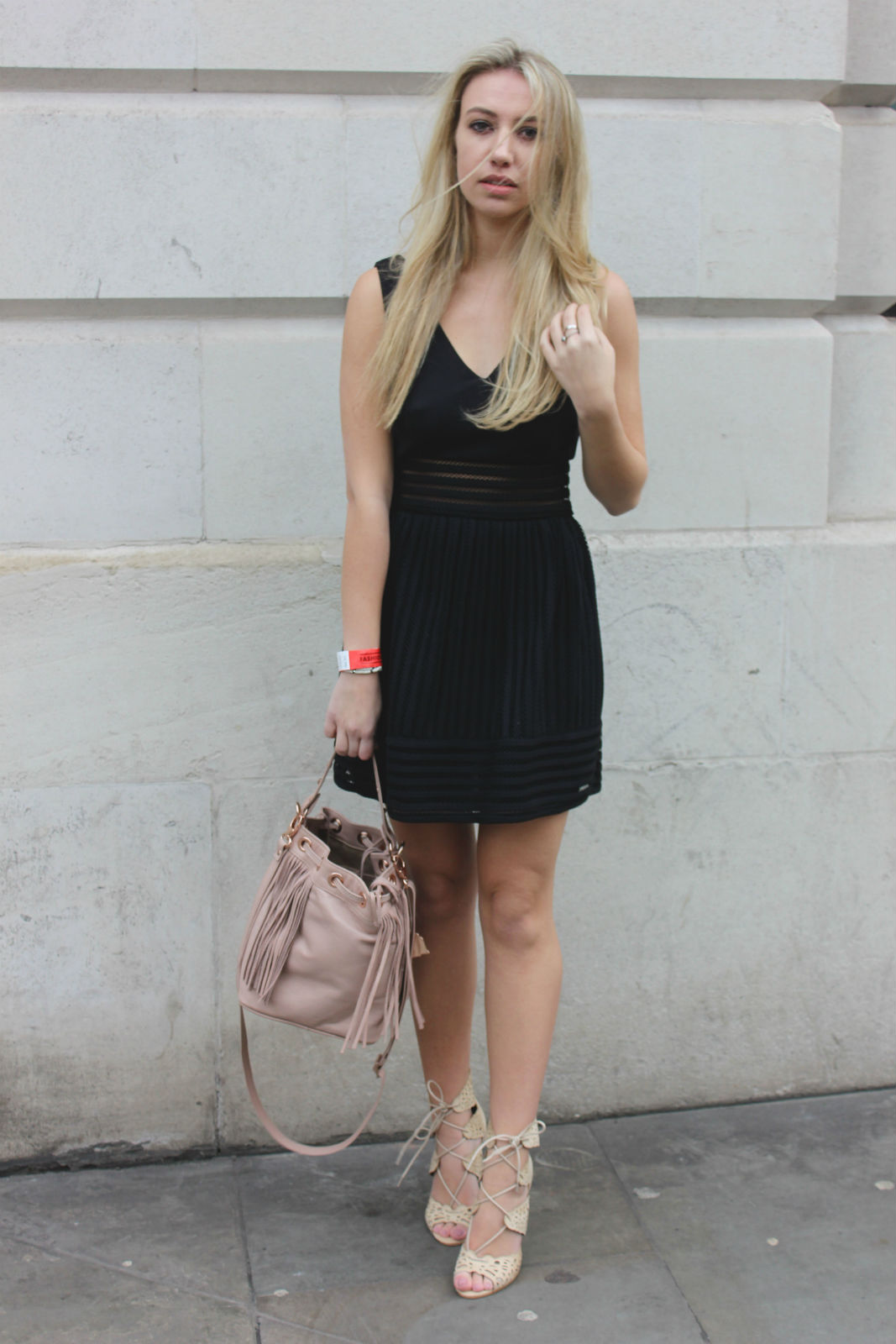 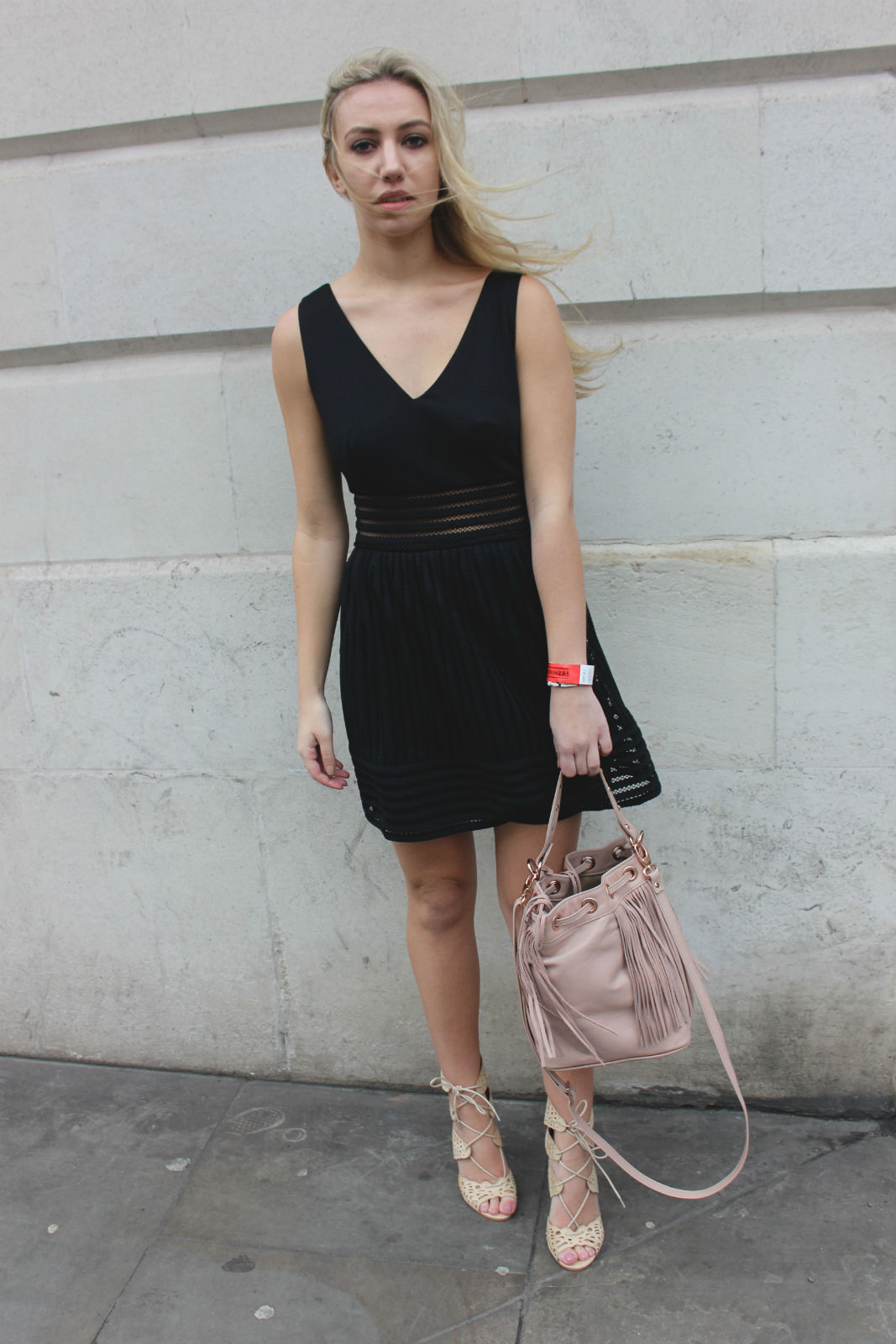 While attending the shows, I switched between this pastel combo and a black and nude look, as can be seen above. The dress looks much better in person than it does in pictures, as it has a mesh cut-out section in the middle and really pulls you in at the waist, defining your shape perfectly. It was a bit of a chilly outfit to wear for February, but since I was inside with The Body Shop for the majority of the day, it wasn’t such a bad choice after all (the catwalks are boiling, especially with all the powerful lights).

I teamed the black dress with nude accessories, including this Topshop coat, Jody Bell bucket bag and Linzi lace up heels. I’ve linked everything below in case you fancy a look, but without further ado, lets get into the shows. 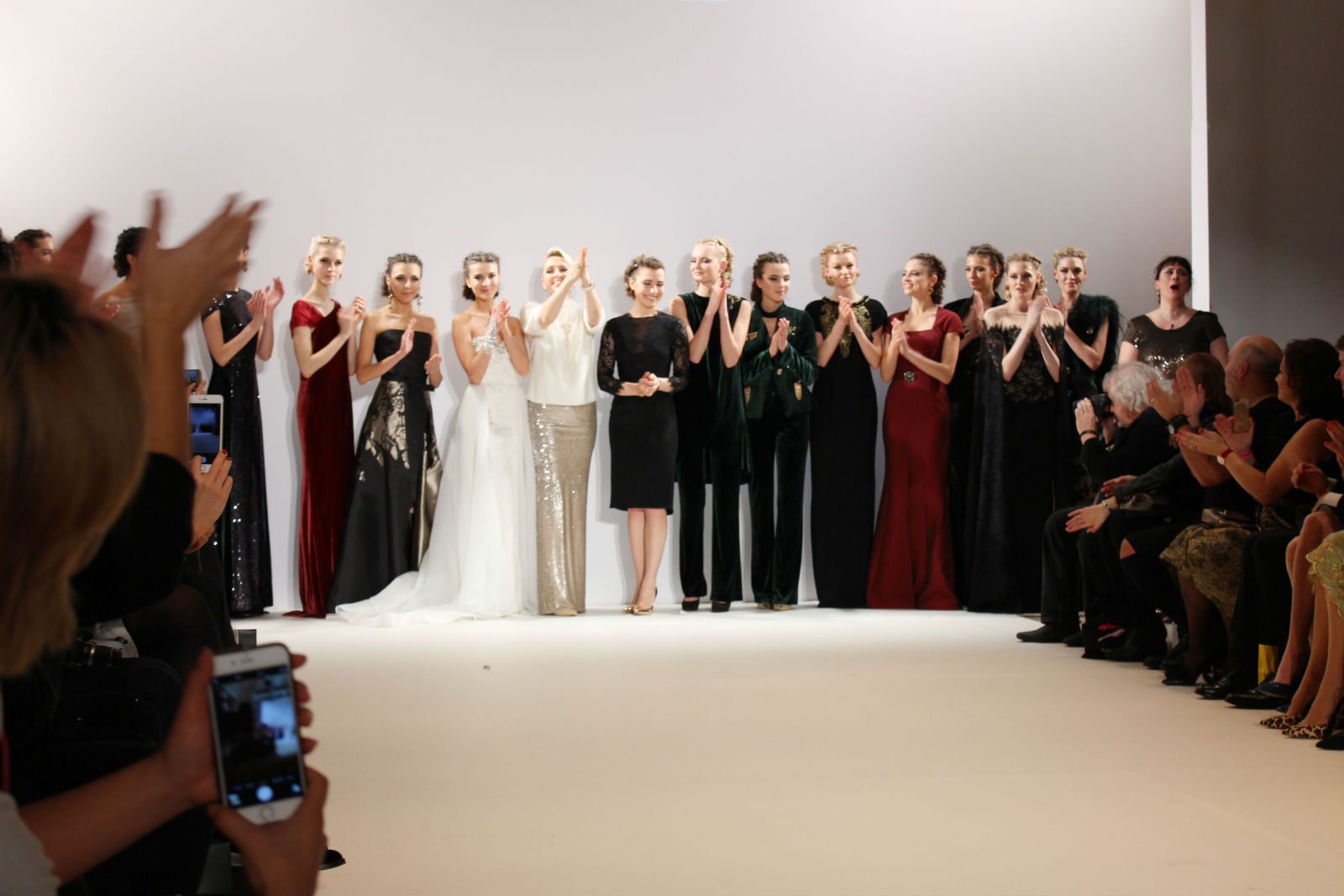 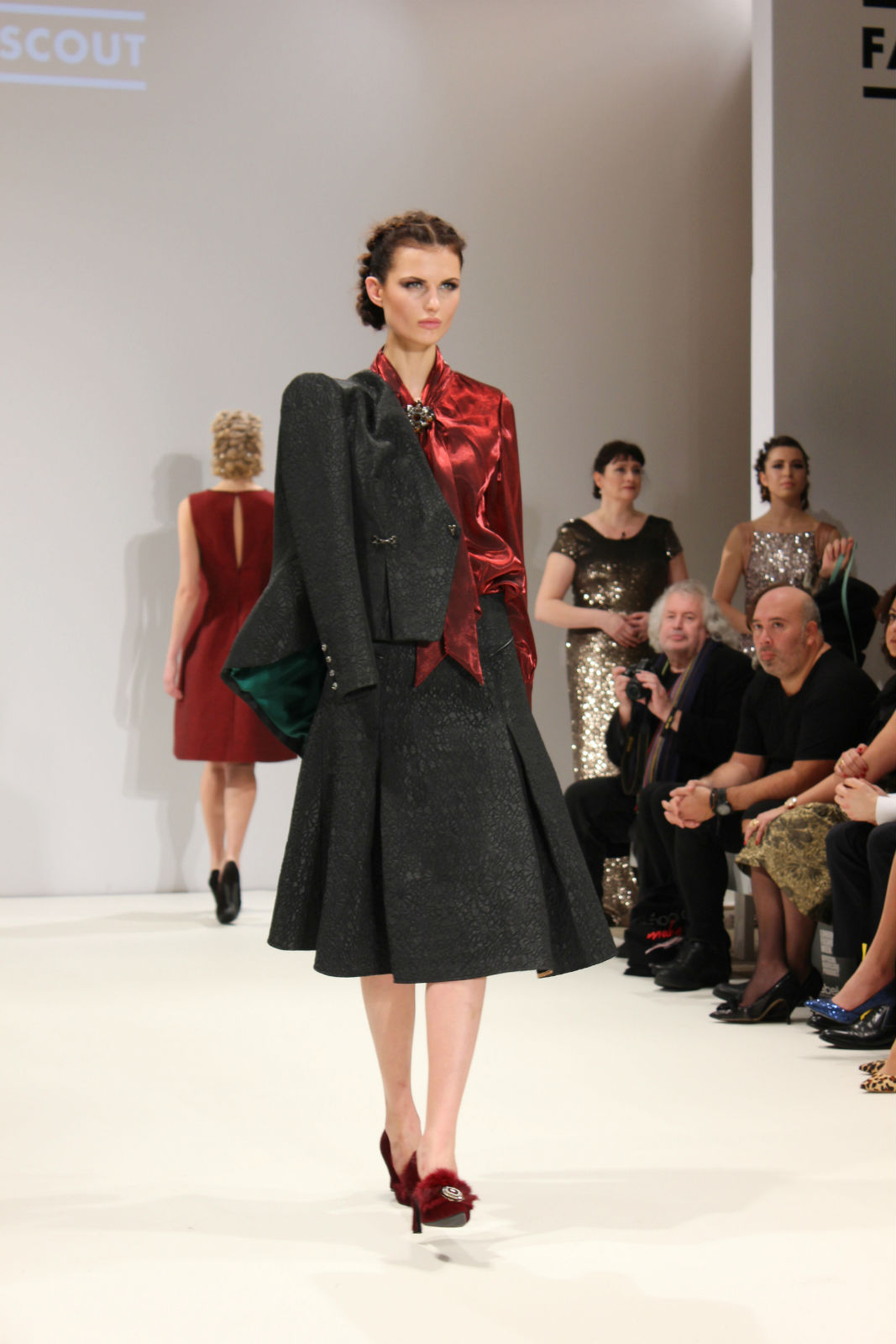 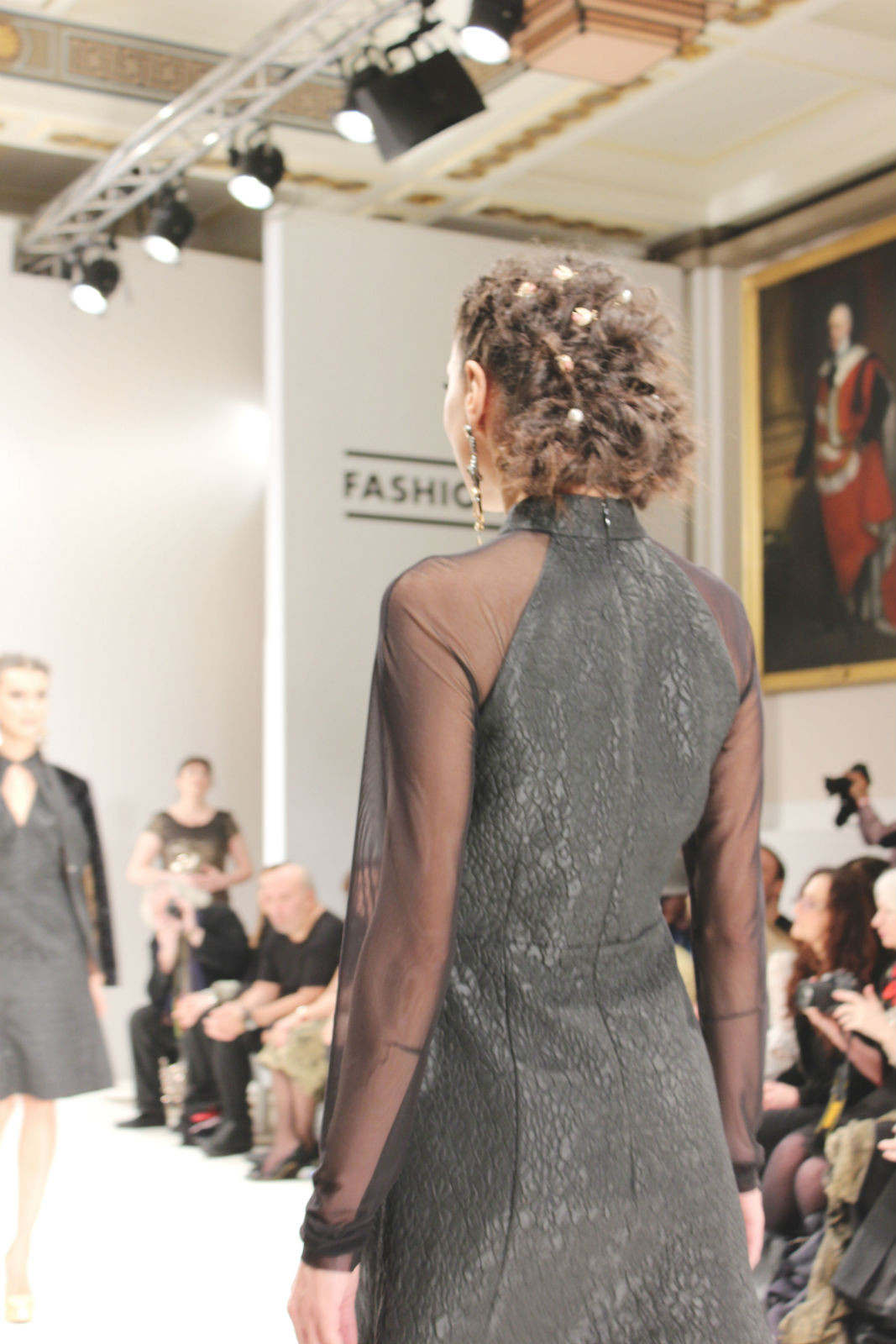 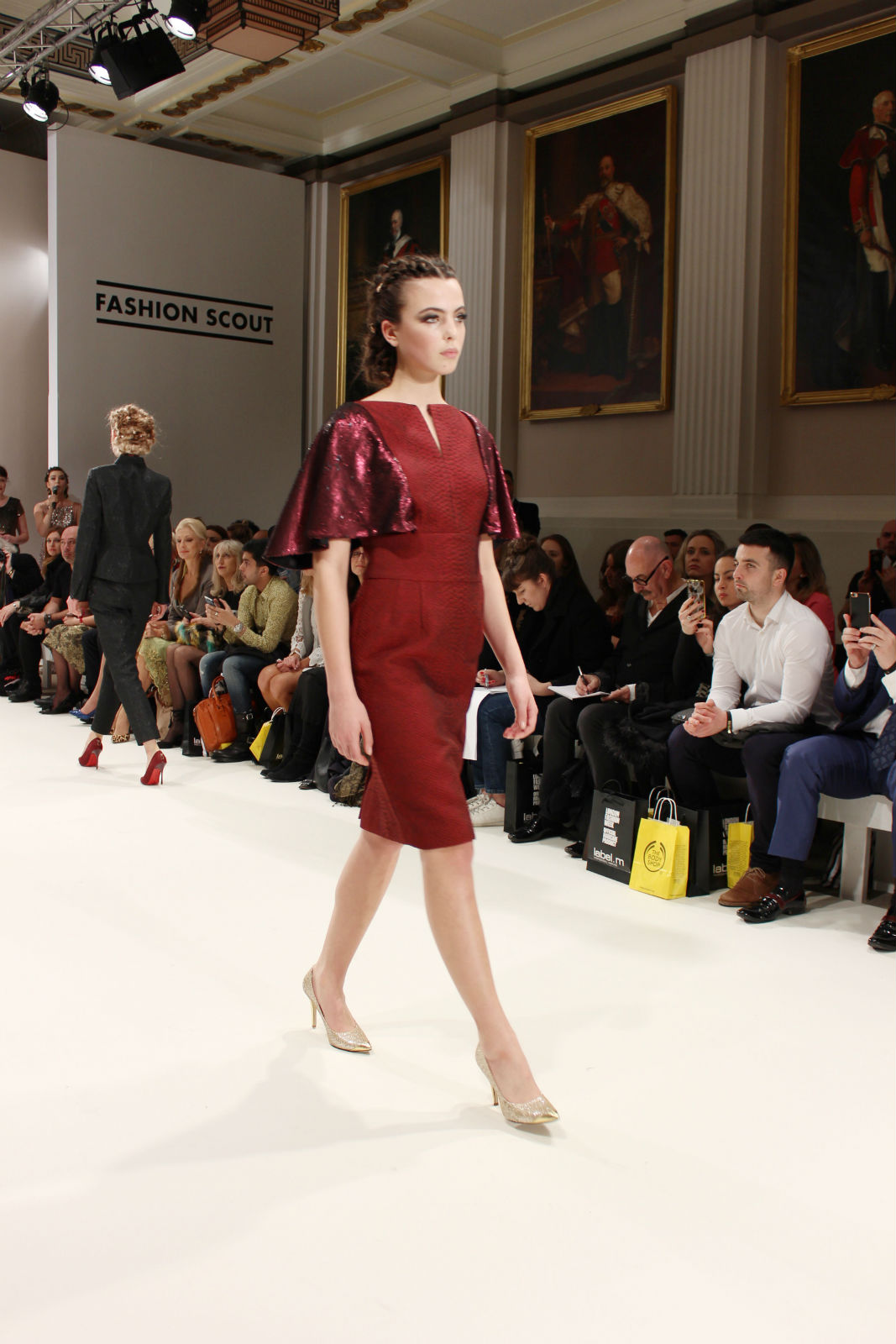 Rohmir always puts on a gorgeous show, with a plethora of feminine, eloquent dresses and tailored suits. This season’s showcase was no different, with an amazing array of bejewelled creations embroidered and textured fabrics. The hair was plaited into an up-do, again highlight the almost ‘princessy’ nature of the collection while the make-up was kept rather neutral, with a pink stained lip and dark, smokey eyes. I liked that there wasn’t anything too OTT about this collection, it was all very accessible and wearable (with a few tweaks). Although the out-there creations are entertaining, Fashion Week is about letting us know what to expect for the upcoming season. 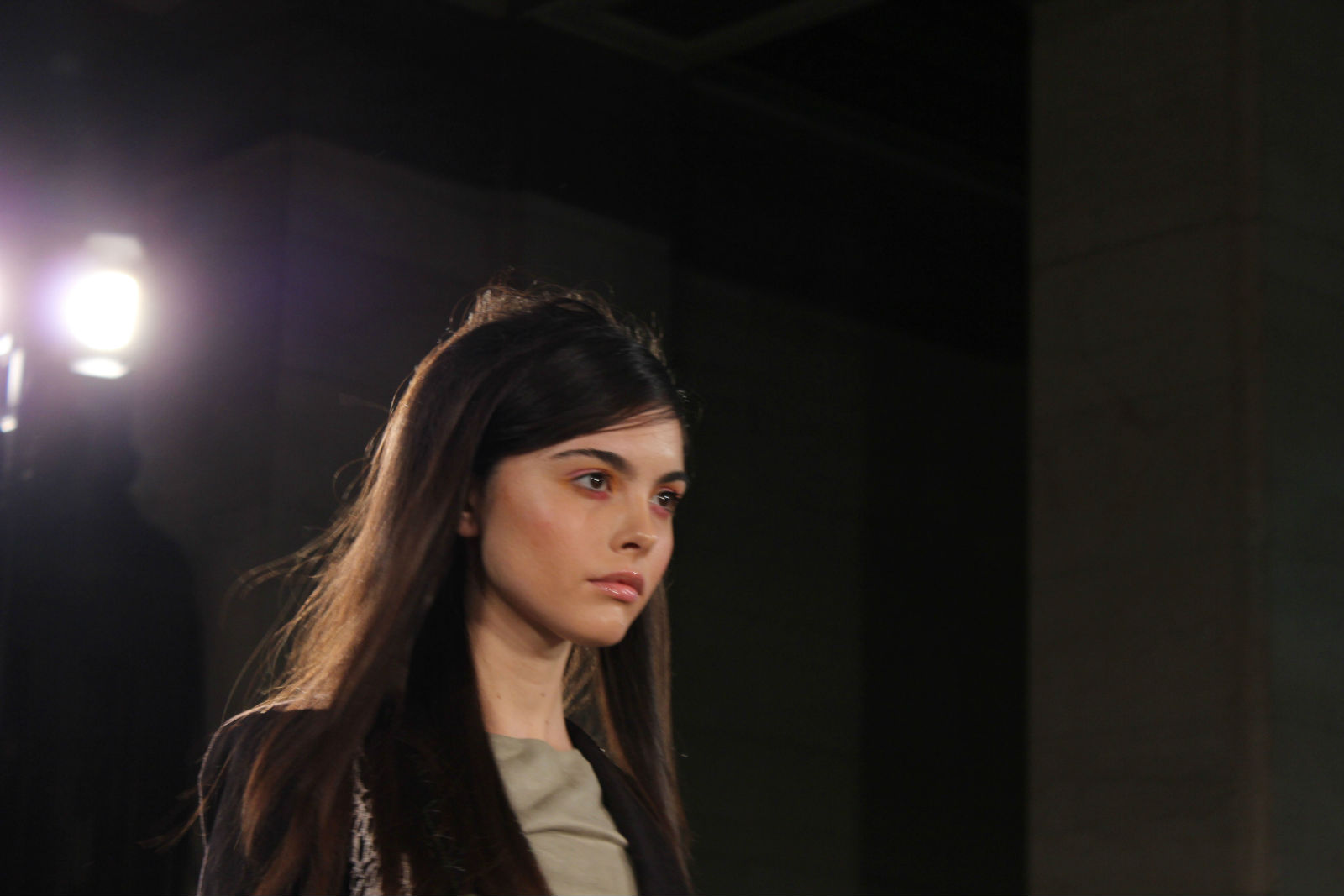 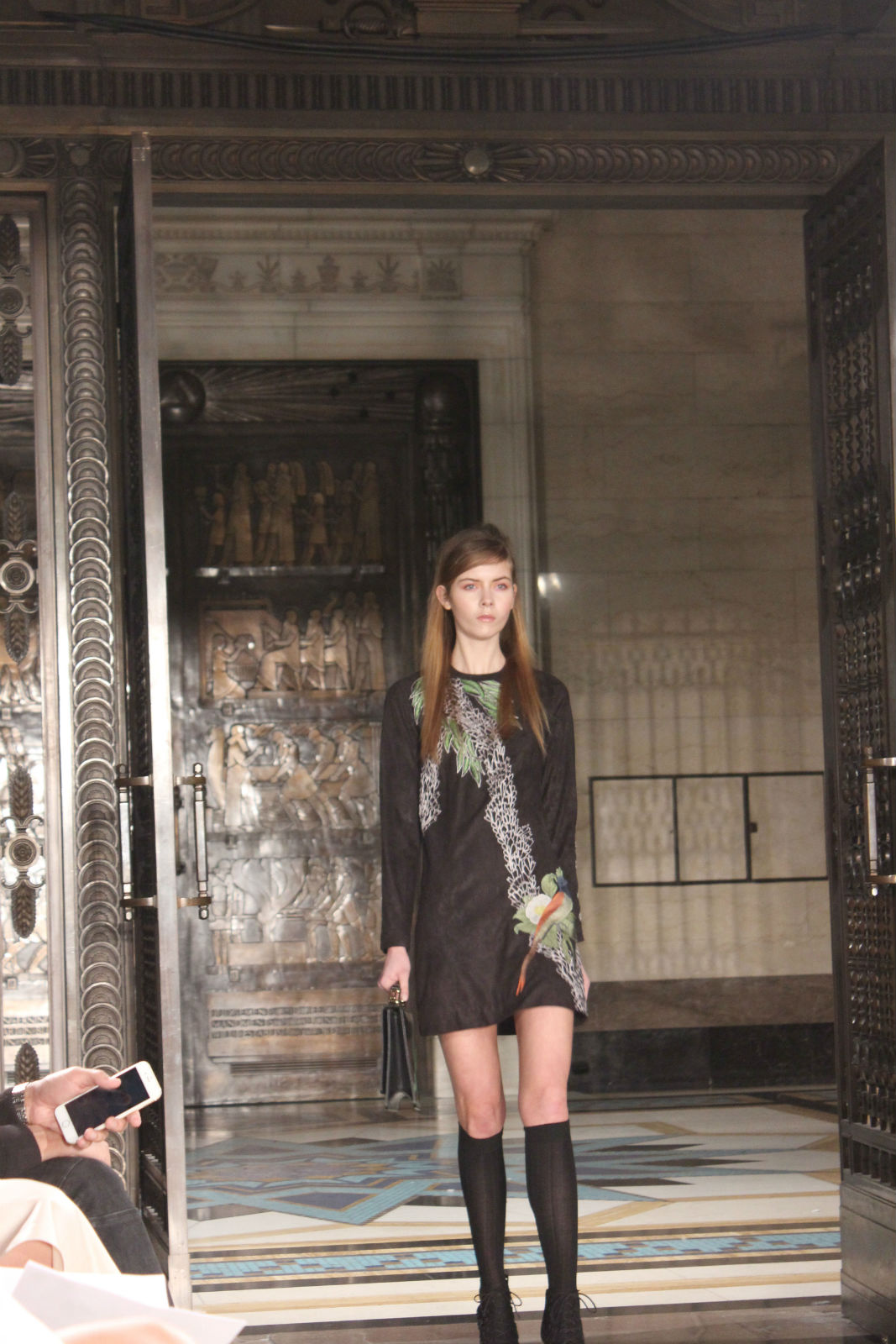 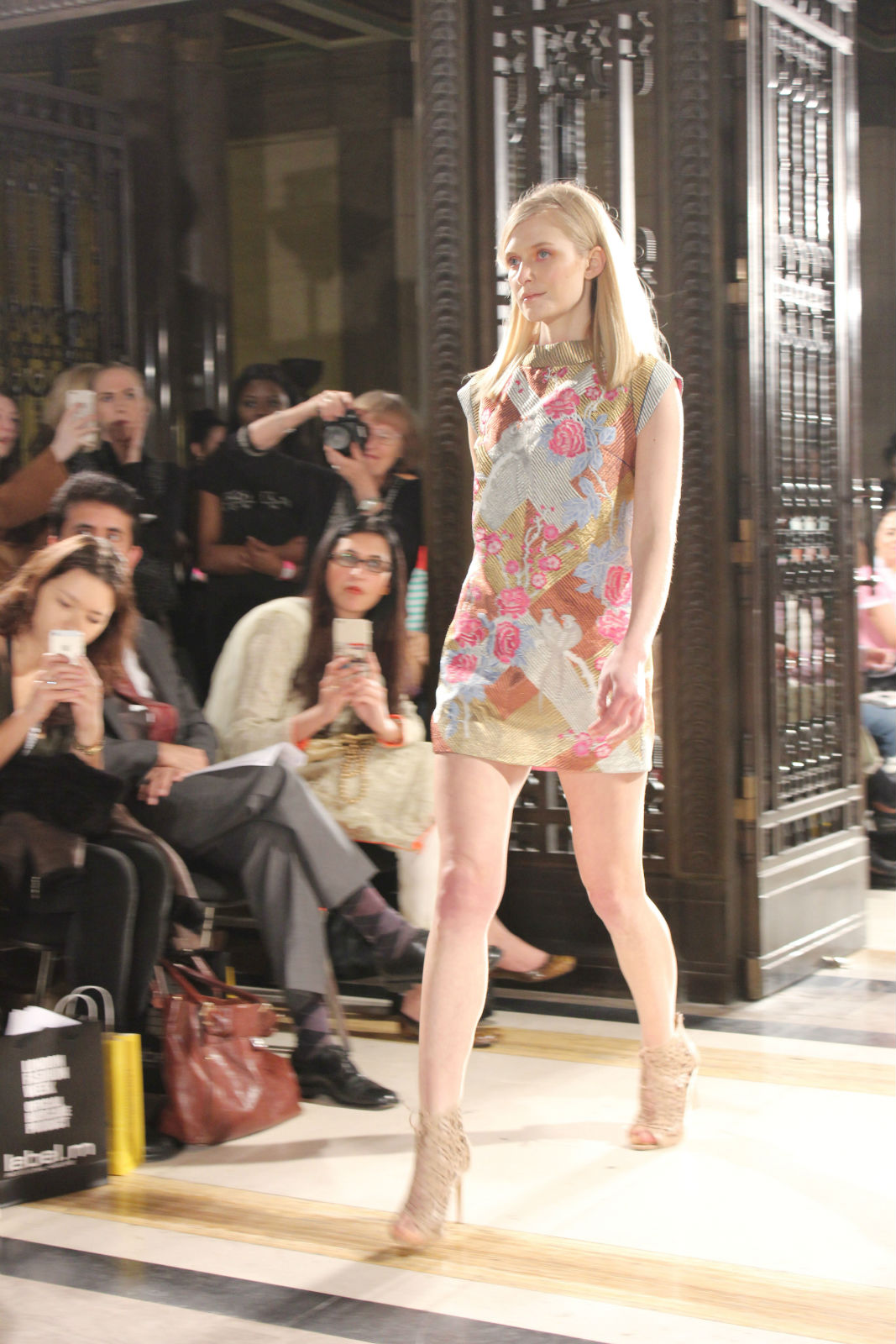 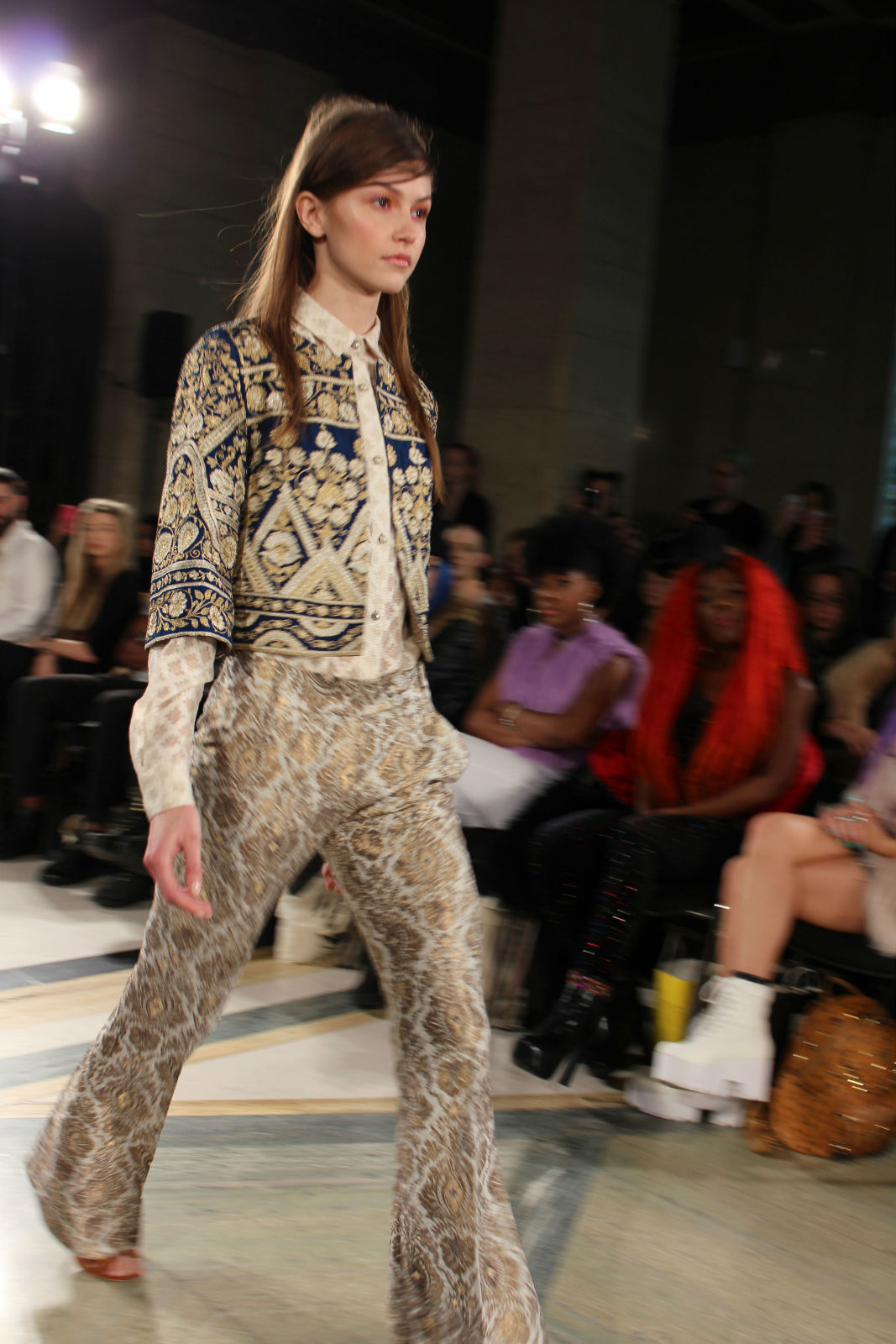 Next up on the schedule was Fashion DNA, a collection which maintained a textured oriental feel throughout. The make-up also had an Asian influence, with bold pinks splashed across the eyes and an orange-pink stained glossy lip. Hair was kept quite prim and proper, with volume at the crown.

A massive thank you goes to The Body Shop, who hosted David and I over the two busiest days this season. We had the most fantastic time – a calm in among the chaos – and can’t wait to return again in September!

Did you keep updated with LFW this season? Which were your favourite shows? 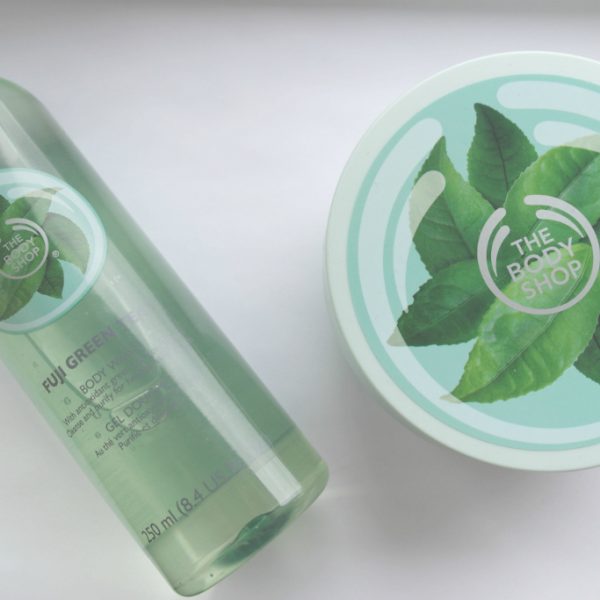 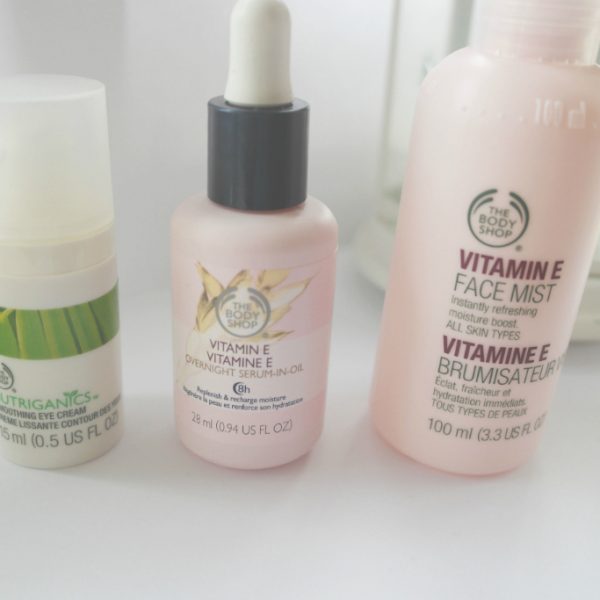 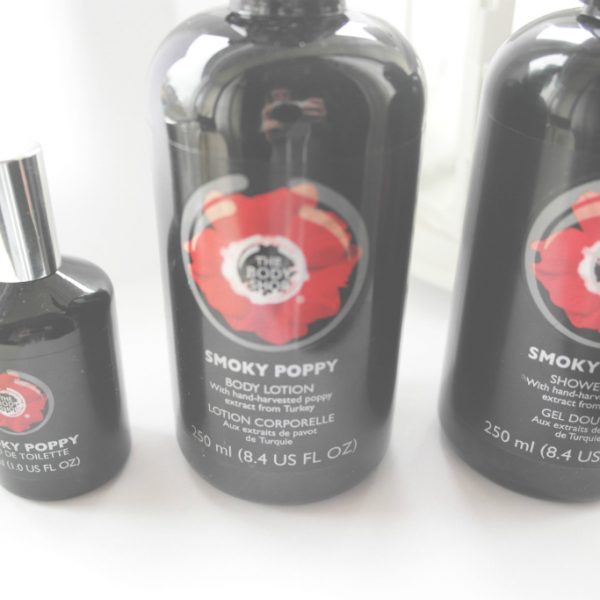