I’m known among my family and friends to be a bit of a planner. I’m quite a sensible person who likes to be organised, so doing anything largely ‘spontaneous’ is usually off the cards. When it comes to style, I stick to what I know and rarely venture off course. If someone approached me with an opportunity to do something wild and crazy that day (am trying to think of what this could possibly be – so let’s go with cliff jumping, because that terrifies me), my answer would be a resounding no. I need time to think it over, ponder whether it’s a good idea and make a calm, calculated decision.

But recently, I’ve discovered that my need to control and plan everything is holding me back a little. Life is full of uncertainties and we should embrace them rather than worry about what others might think, or what might happen. I’ll probably talk more about this realisation in another post, but when Impulse challenged me to Live Life on Impulse, I couldn’t think of a better time to try. 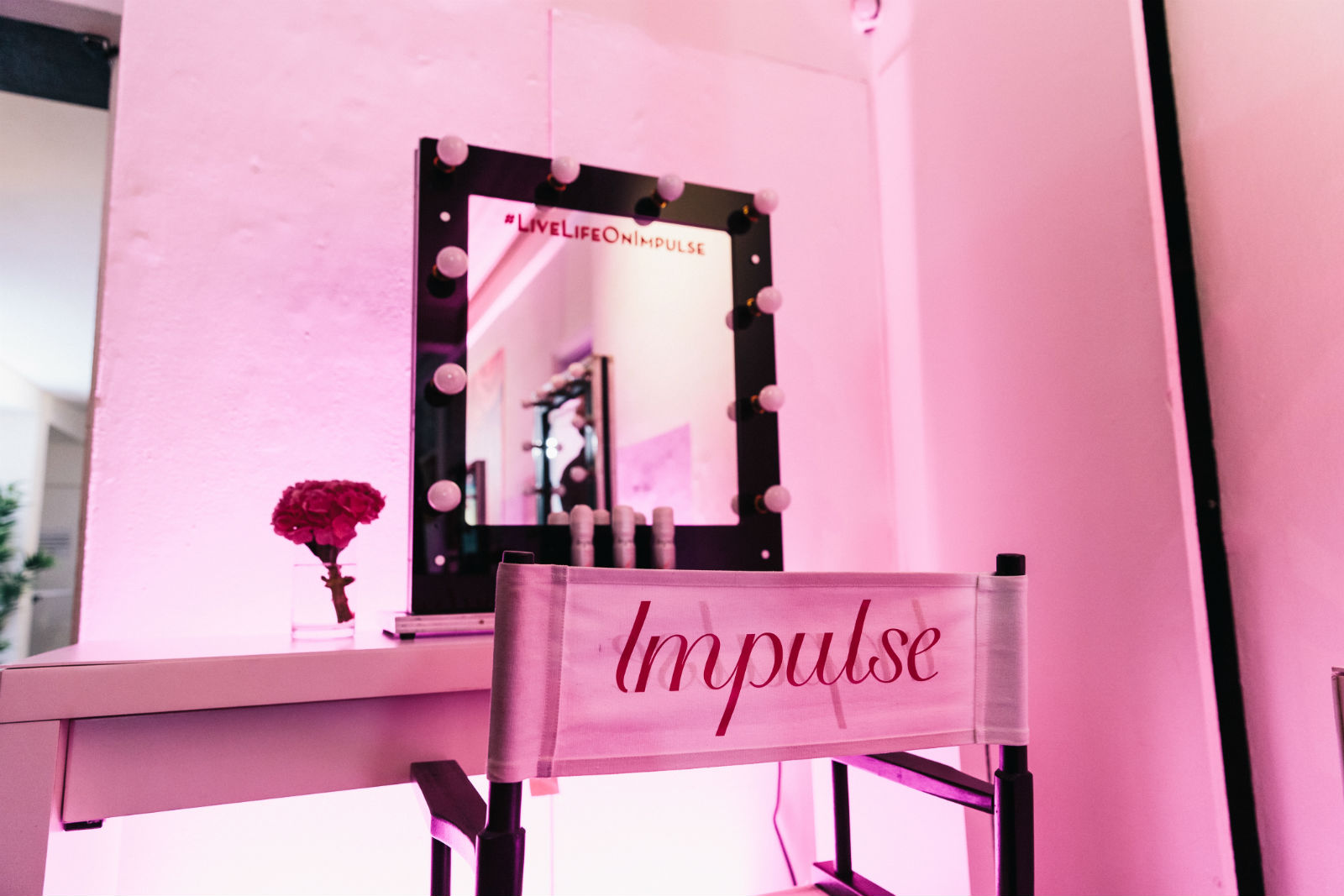 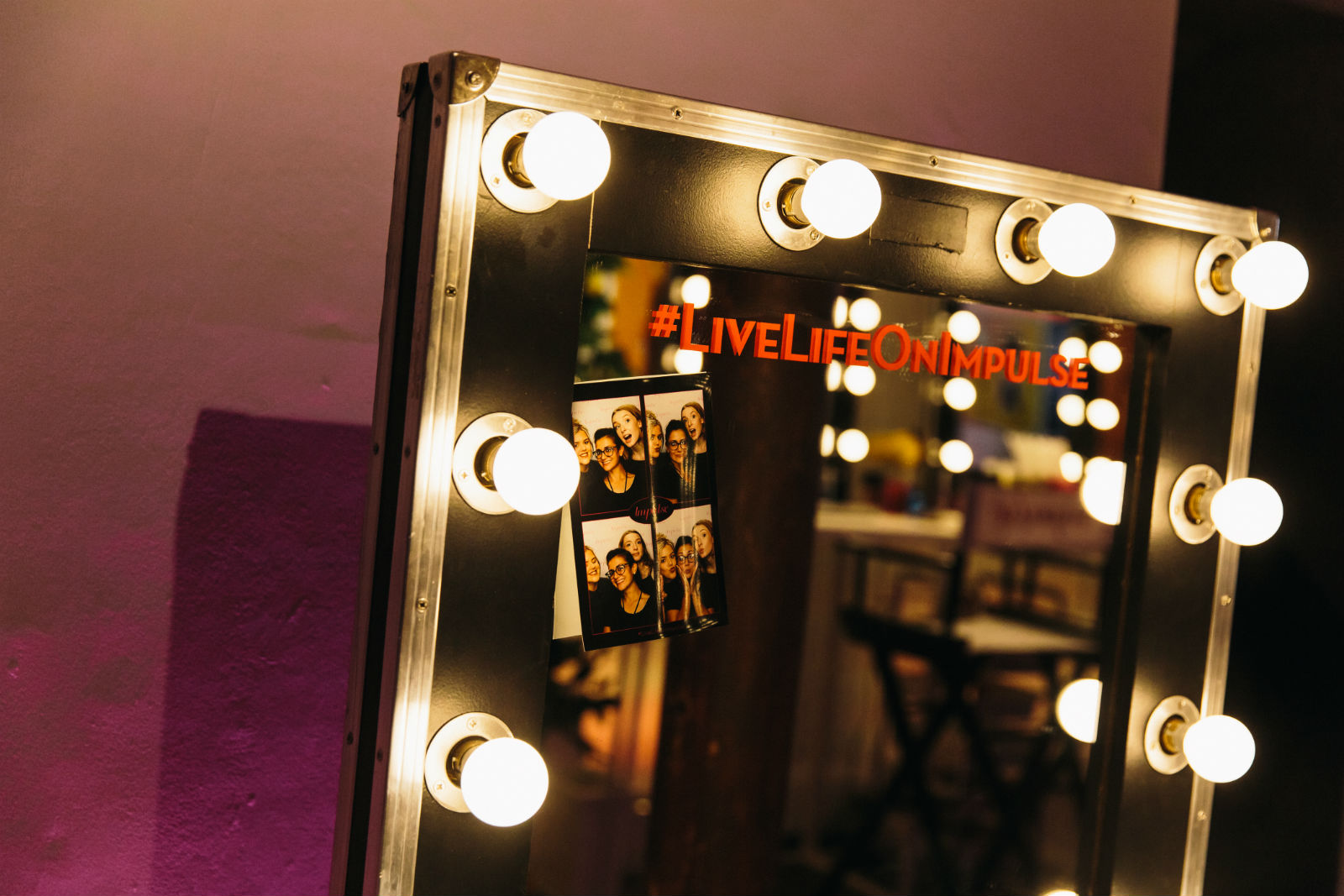 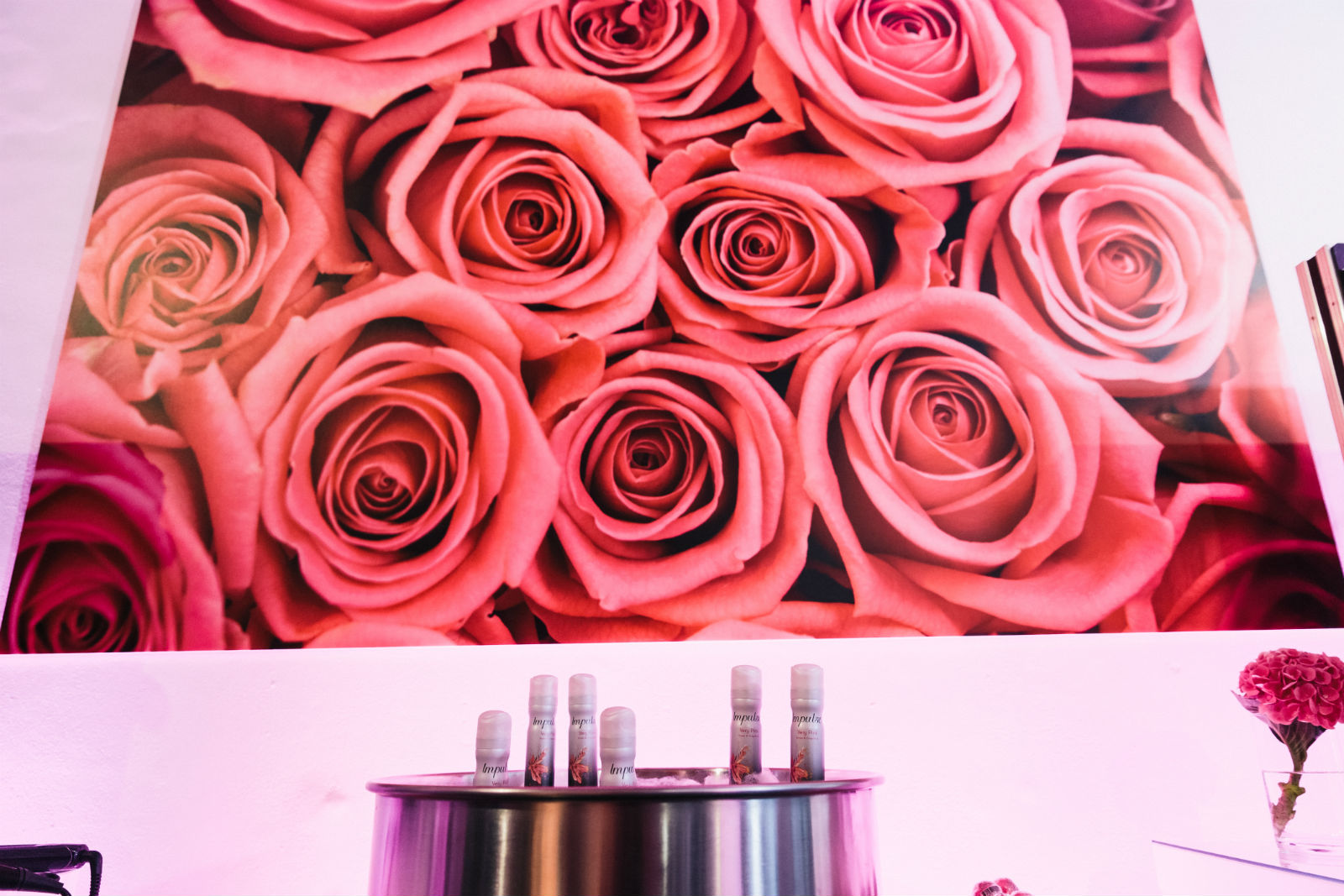 Focused on embracing our wild sides and re-vamping our look, Impulse had put together a one-off pop-up event called The Impulse Changing Room in Soho. Kitted out with make-up and hair booths, a styling salon and a nail bar, it had everything you could possibly need to try and rock a brand new look. I couldn’t wait to get going!

I started off my transformation at the door, when the arrival of a drinks tray presented me with a rather difficult decision. Do I opt for my usual glass of bubbly or go for the ‘good girl’ option of an iced elderflower. I went for the latter! And while I appreciate this isn’t that transformative, I actually thanked myself for it on the train home, when I normally have a pounding headache and a dry taste at the back of my throat. As much as I love my champagne, it’s nice to change things up – and discover a new found love for Elderflower. Who knew?! 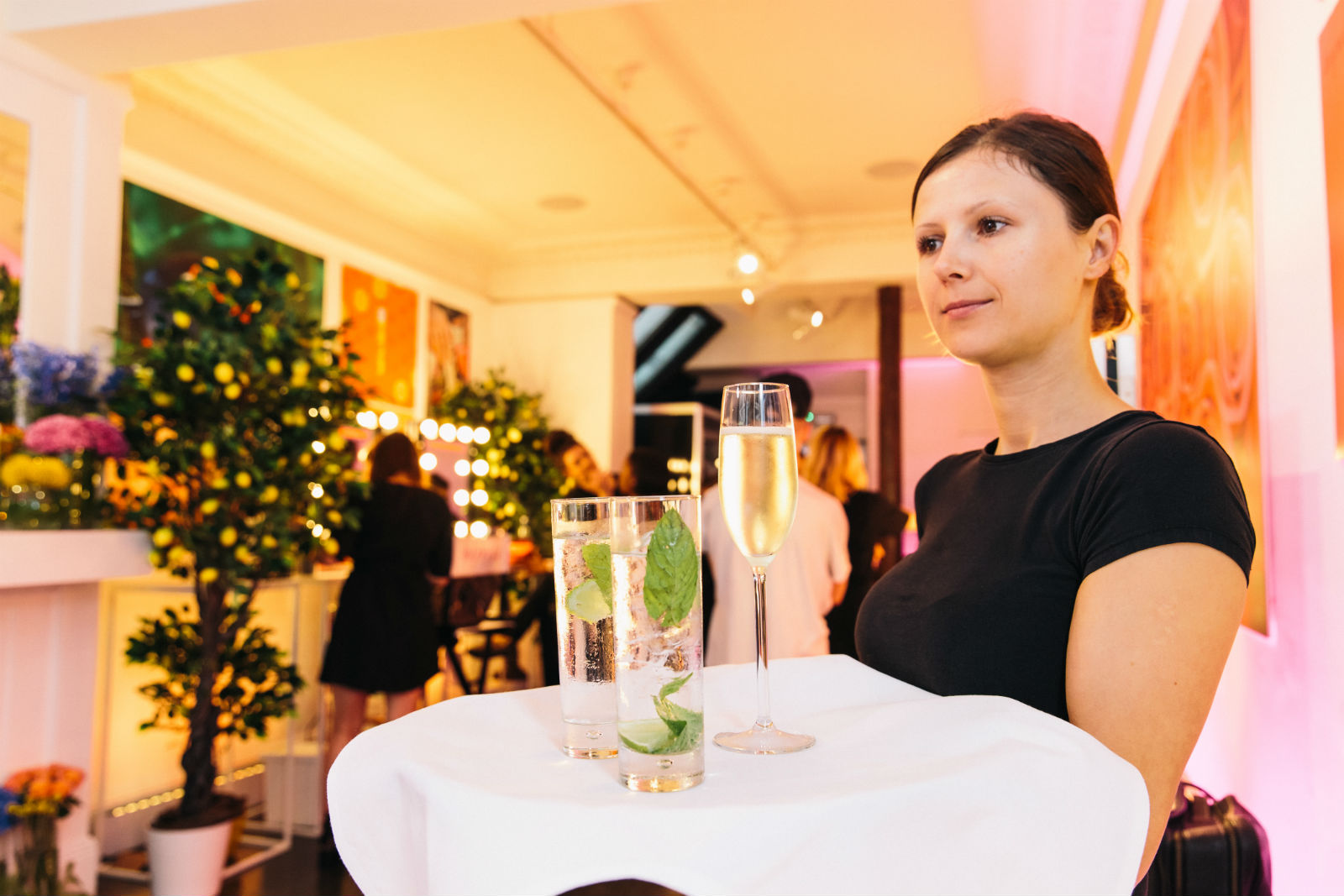 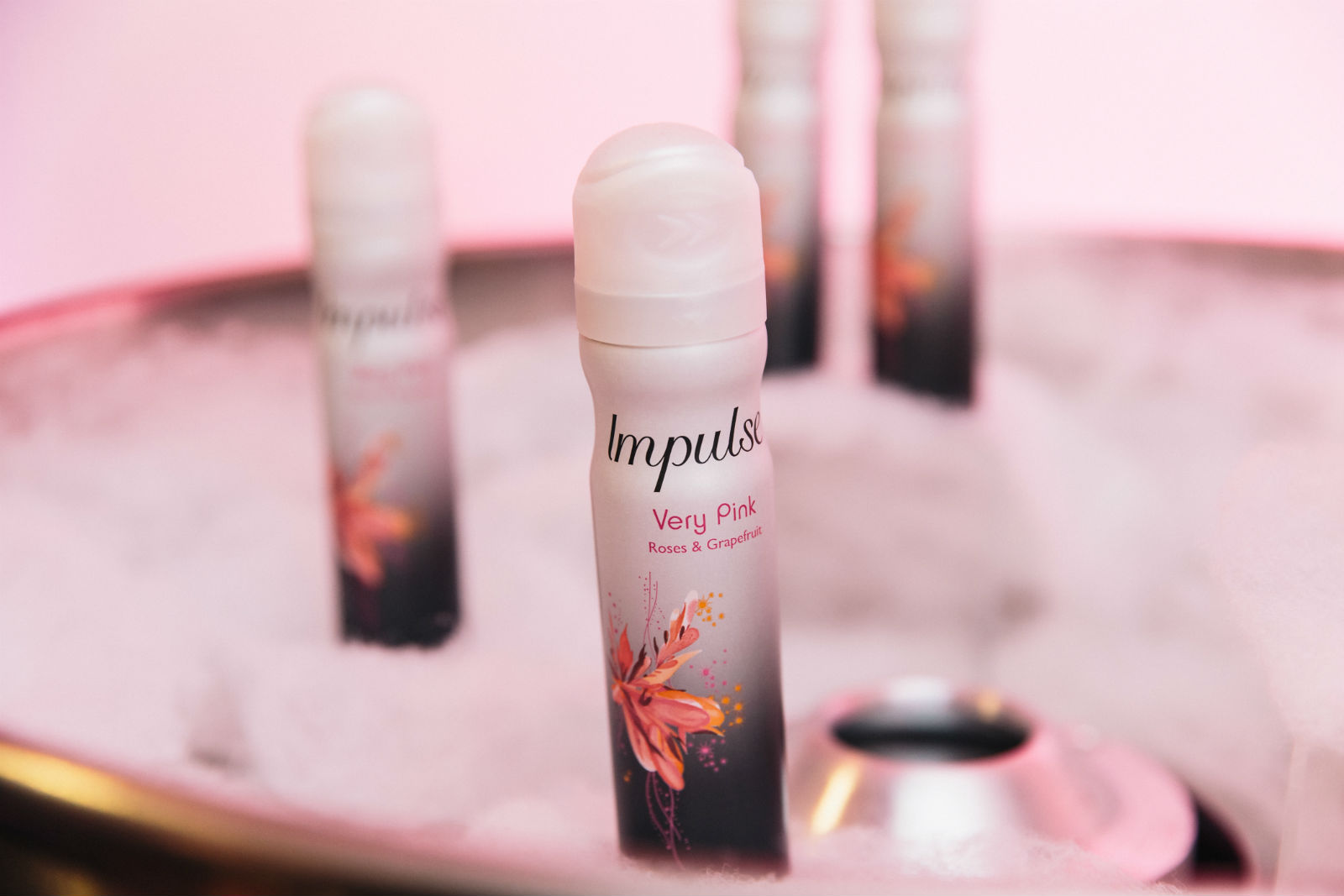 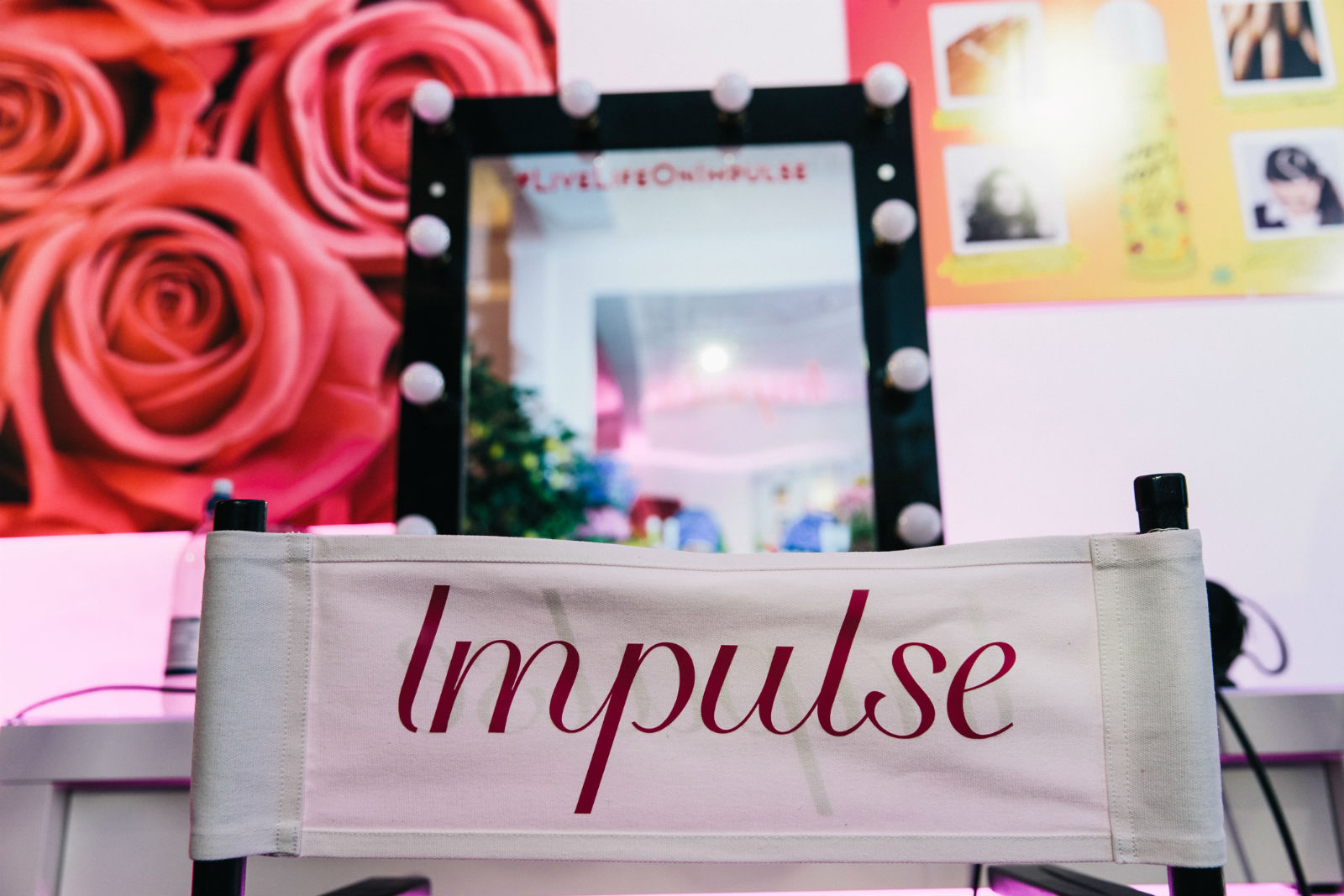 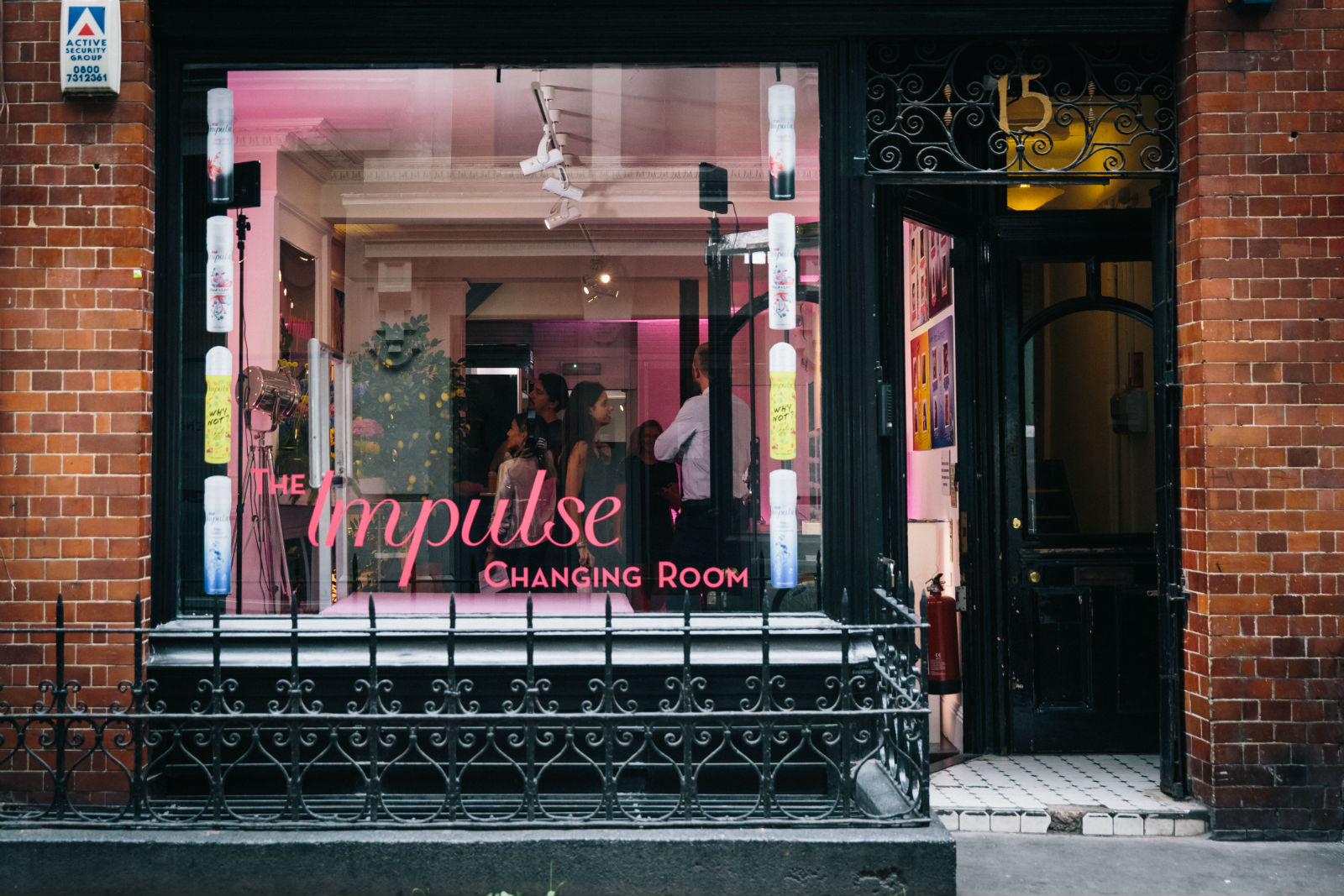 Next up was hair – of which anything could have been a transformation since I usually do absolutely nothing to my unruly locks and tend to attempt at blow-drying before getting all hot and flustered and going out with it half wet. Yes, 100 fashion blogger points, I know.

I had a peek at the inspiration boards which emblazoned the walls of the venue – deciding whether to go for one of the looks inspired by Impulse’s key new fragrances. We had Impulse Into Glamour (sandalwood and vanilla), Impulse Rock & Love (amber and orange blossom), Impulse Very Pink (rose and grapefruit) and Impulse Why Not? – the latter of which had it’s can carefully crafted in collaboration with Charli XCX – so it has a distinctive cool and quirky vibe. Many of the girls were rocking this jungle themed look by braiding their hair – and it looked fabulous!

Eventually after much deliberation, I decided to go for a mix of girly Impulse Very Pink and Impulse Into Glamour, creating a beachy inspired natural waves look that perfectly captured the relaxed element of being feminine and fun, but also a bit of red carpet sophistication. Instead of curling my entire head of hair with a wand, the stylist left out the ends – so it ended up looking very natural and tousled.

Pleased with my new do, I then headed off to the make-up mirrors (very snazzily lit up with my dream ‘dressing room’ lighting) for a slight top-up. Girls here were experimenting with blue flick eye-liner (which for the record looked AMAZING), bright red lips and heavy smokey eye looks. It was so fascinating to see everyone’s reactions when they realised the look they’d never tried before, was something they actually loved. When you’re persuaded to try something new, the results can be surprising! 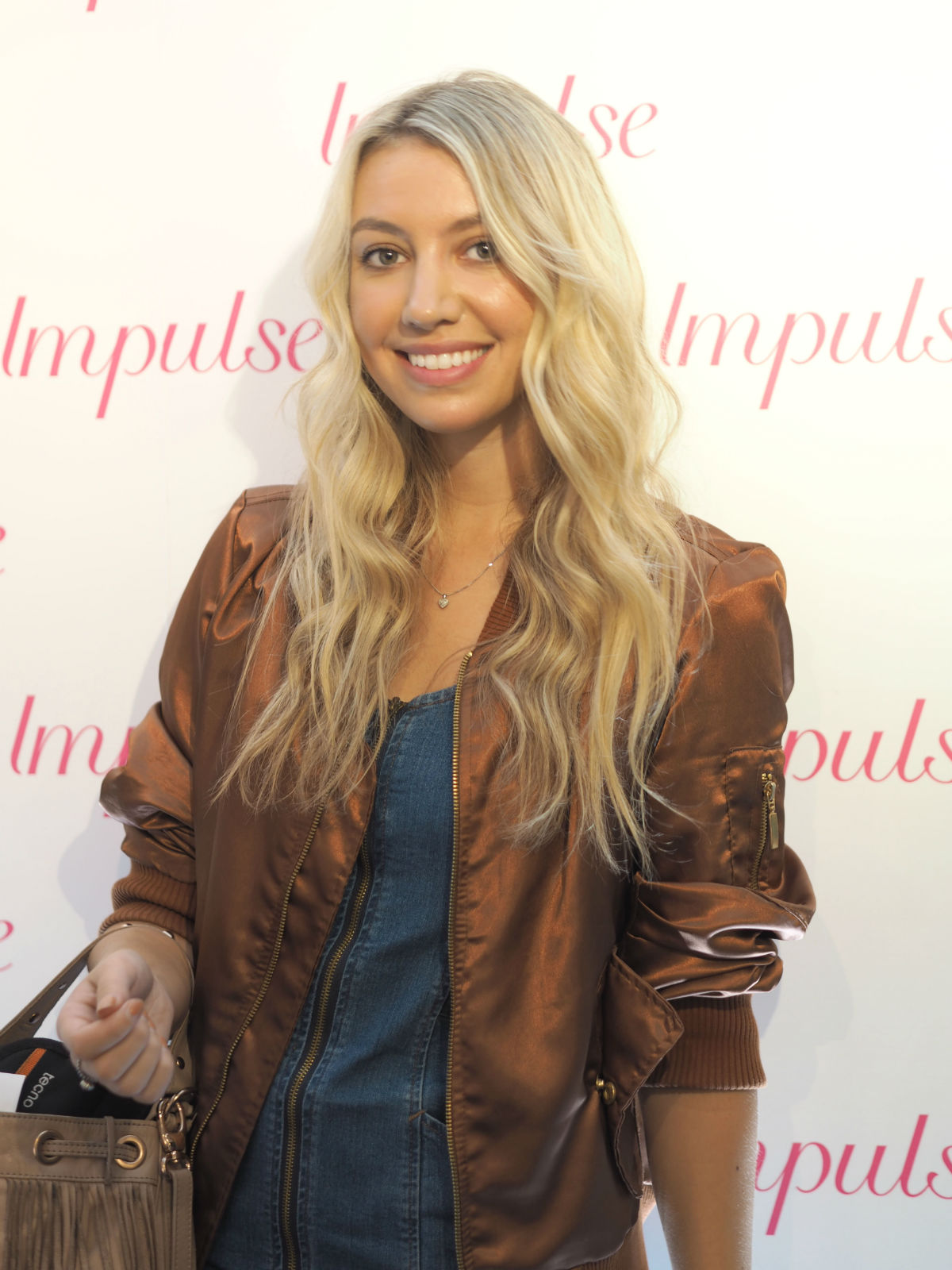 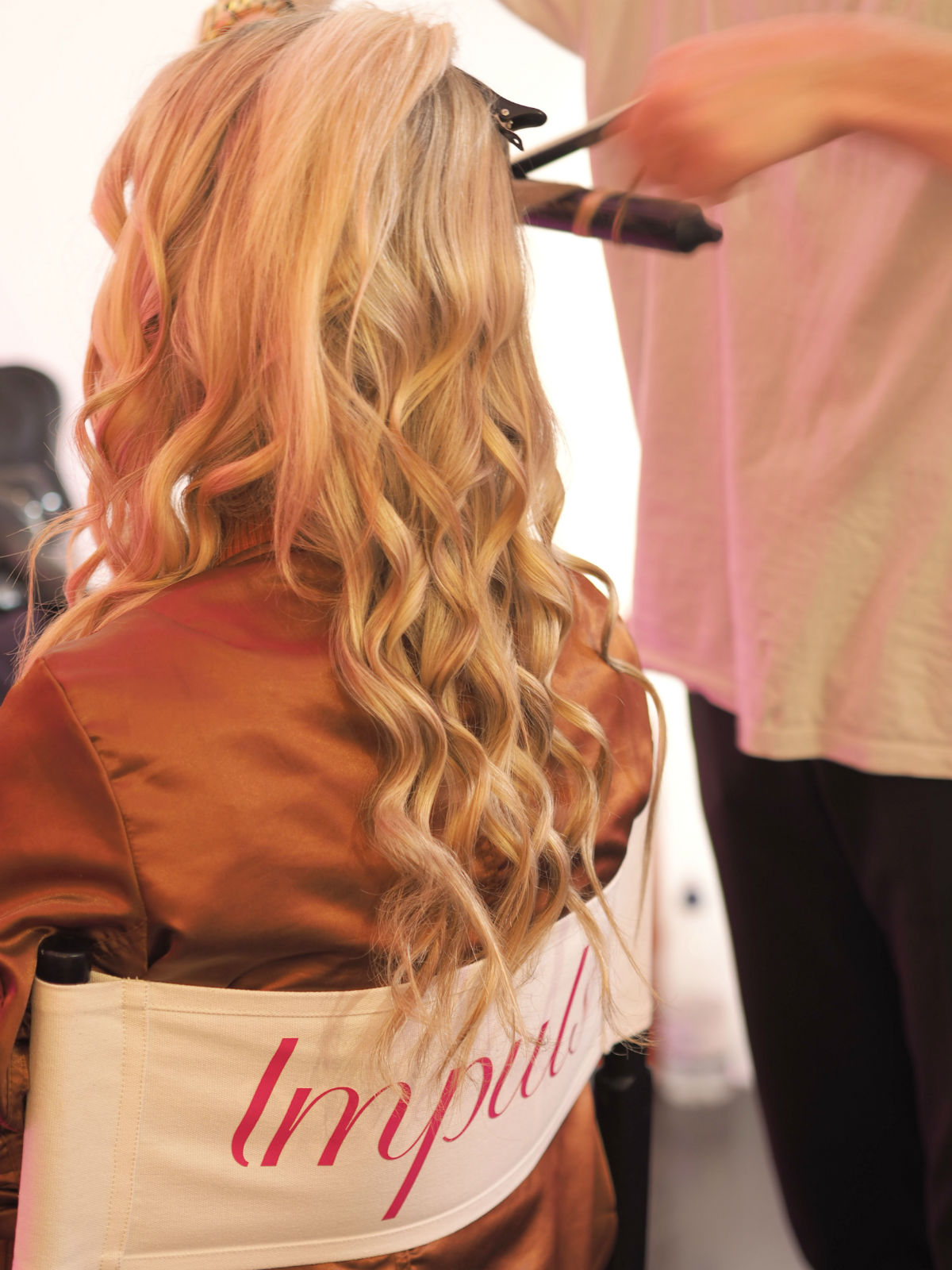 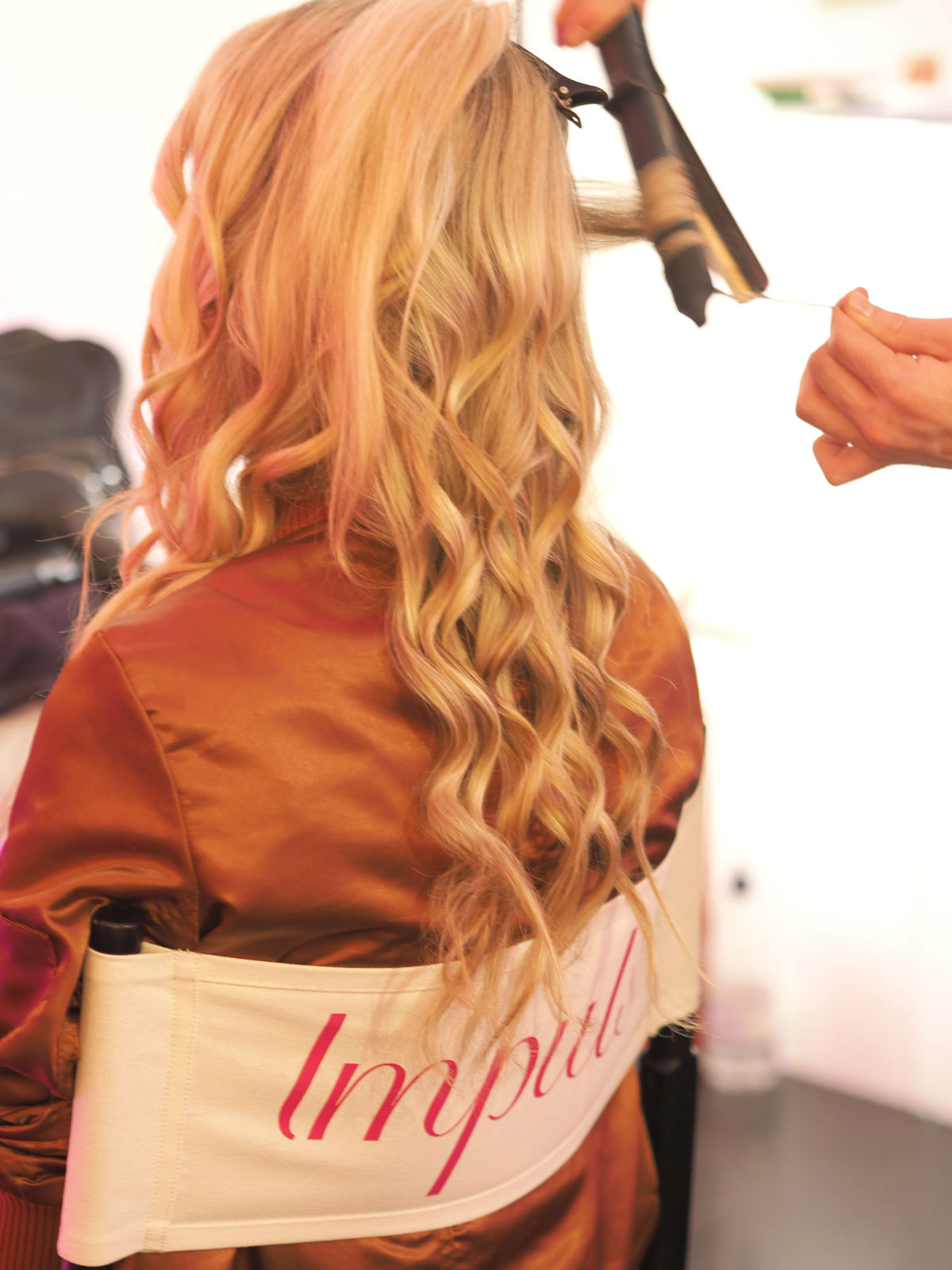 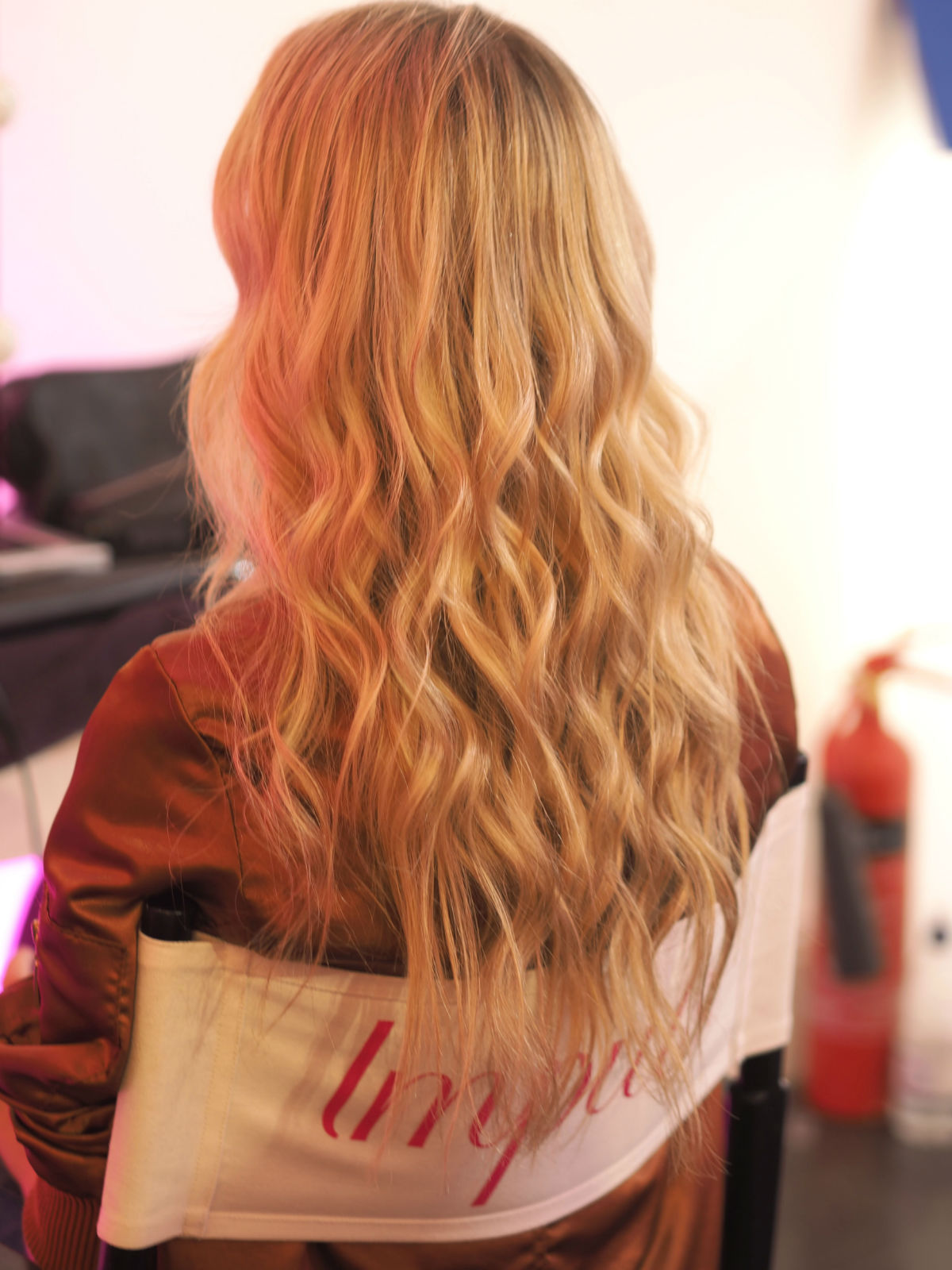 I opted for a darker brow, as I always keep mine quite light (and it wears off towards the end of the day), with a slight smoky eye and a bit of contouring. Although this might sound a bit tame in comparison to everyone else, I have recently been on a couple of photo-shoots abroad where they’ve experimented with heavier make-up, so to opt for a lighter, more relaxed look was actually trying something new in my case! And I loved it! Charlie XCX was due in the chair after me so I hurried over to the nail salon to finish off my look.

Now nail wise, I was probably the most adventurous of the lot – because I’ve always had lovely long nails with a gel polish over the top. I never, ever stray from this – and in fact, I think it’s my love for shellac that has resulted in their quality deteriorating quite as much as they have. In the past few weeks, a culmination of helping my boyfriend move house, getting on two different flights and setting up for my event have pretty much snapped off all 10 nails (minus 2, which were just broken – slightly). So when I got to sit in front of Michelle the nail extraordinaire, she didn’t quite know what to do with me. 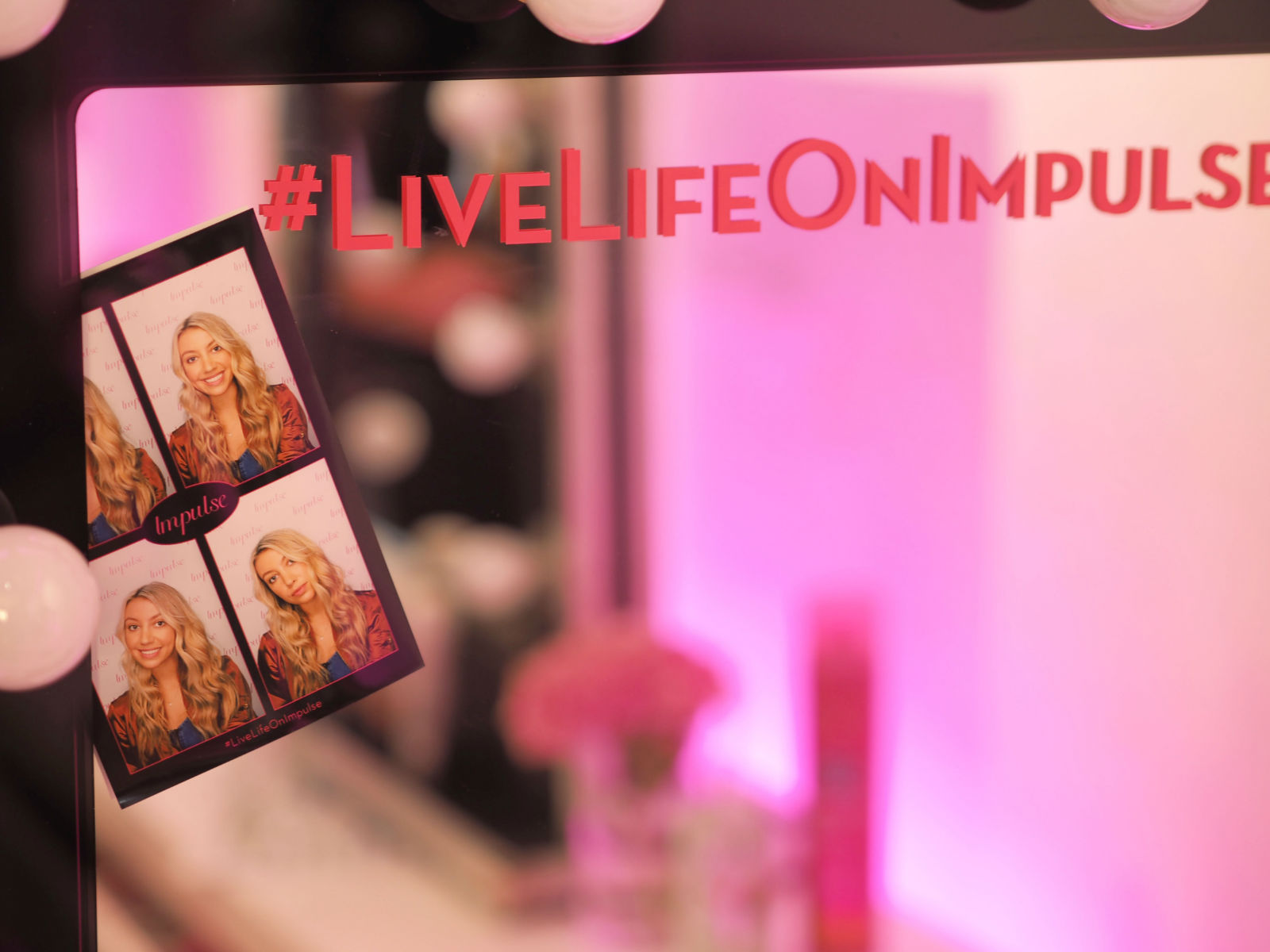 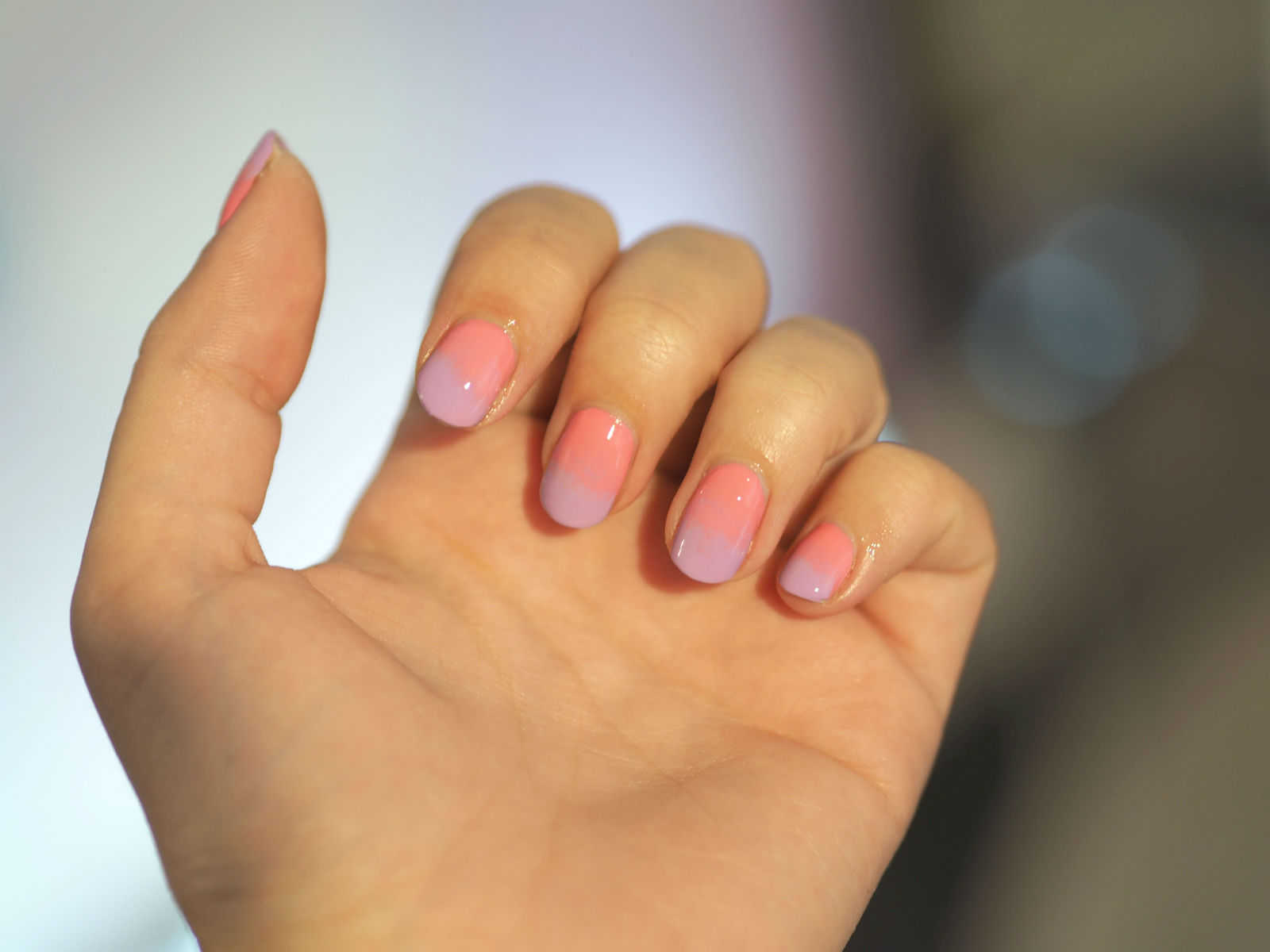 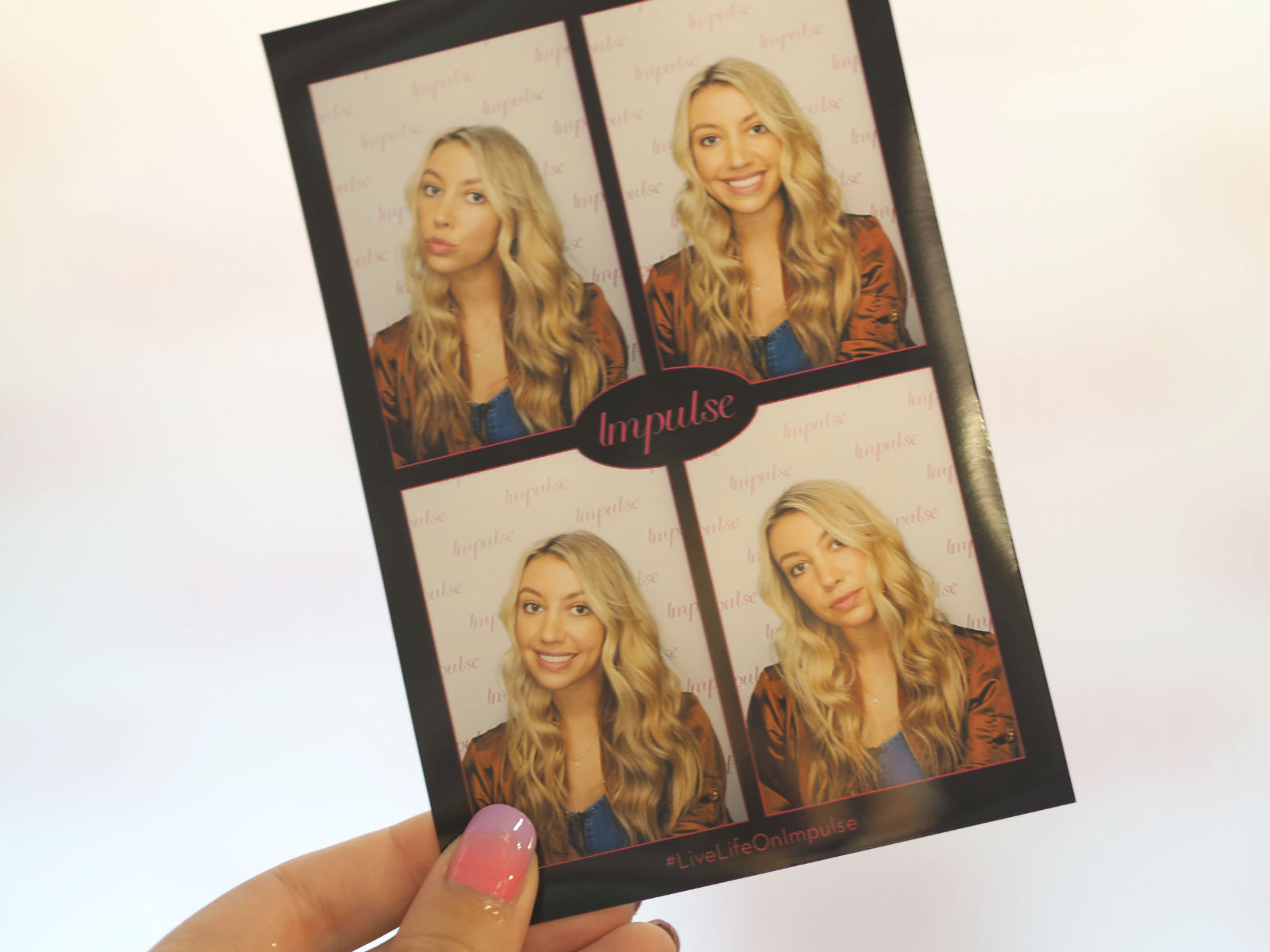 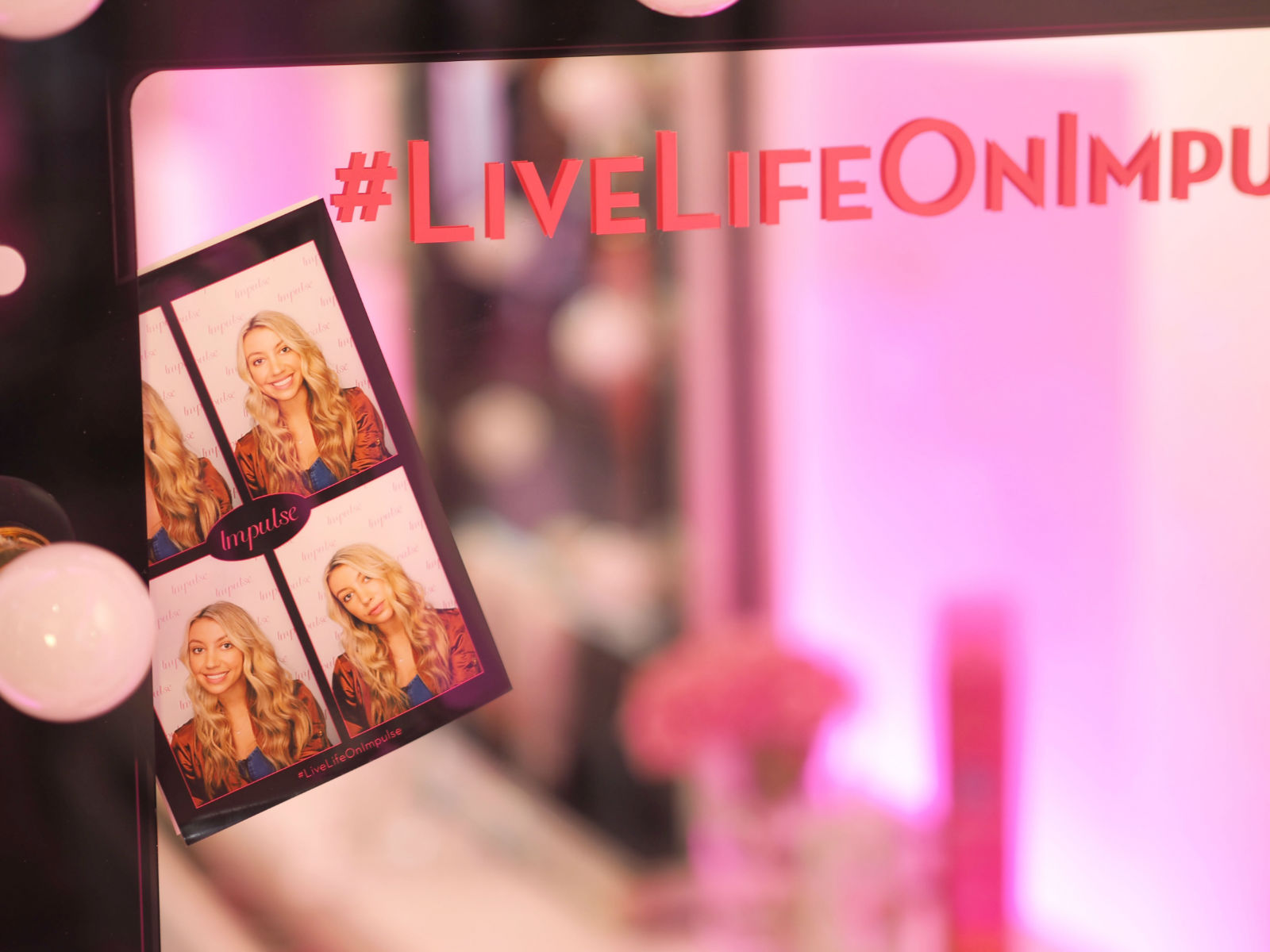 We both looked at my mangled nails with a bemused, bewildered expression while debating what on earth we could do. Eventually, we cut them all off and started with a shorter base – a completely new look for me. Normally I’d look at these kind of nails and run for the horizon, but she promised we could make them look fab! I decided upon a neon ombre look (again, totally out of my comfort zone) and got to work with a pink and purple polish.

The result? Well, I loved it!

Next up was the styling suite, which gave attendees the opportunity to throw on a studded leather jacket, a beautiful sequinned coat or a velvet handbag over the top of our outfits – or even change things up entirely and try out one of the gorgeous dresses on show. I have to admit, the day had caught me off guard and I’d worn completely the wrong attire for such a humid and muggy day, so I wasn’t really wanting to change when I felt so hot and sticky – but I did play around with accessories – posing rather unashamedly in the huge mirror. That was until I realised one of the waitresses had been watching the entire time. Oops.

Still, it wasn’t quite as bad as the time I sang an entire Spice Girl song into the reflection of my bedroom window (we were living in a top floor flat at the time), complete with the exact dance moves I’d seen in the music video (well, sort of) and sultry hair flicks. Only for the music to fade and me to then hear cheering and clapping outside. Unfortunately with the window open, I’d attracted quite an audience and a whole family down the street that we regularly socialised with, had seen the entire thing. I’d put on quite the show! 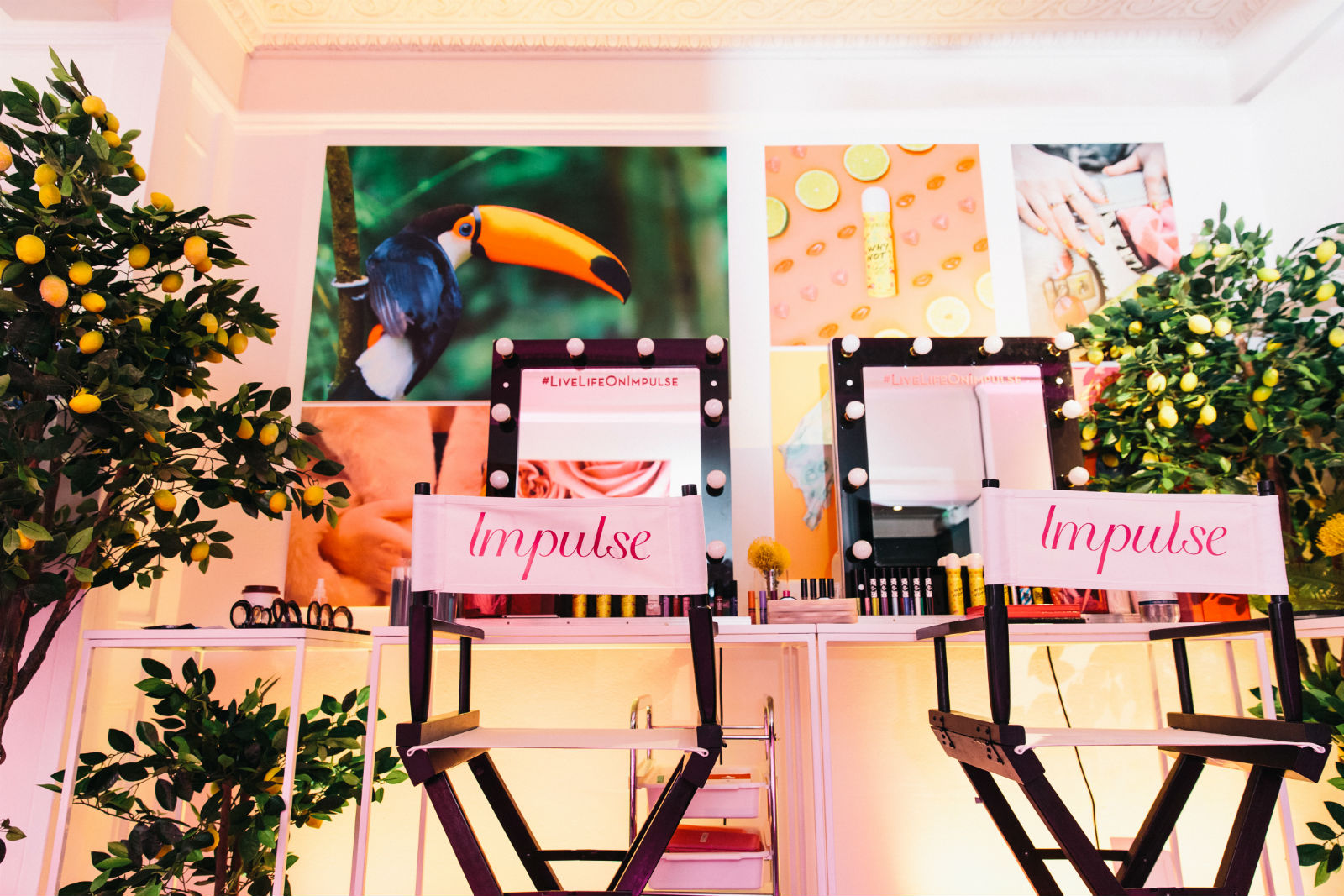 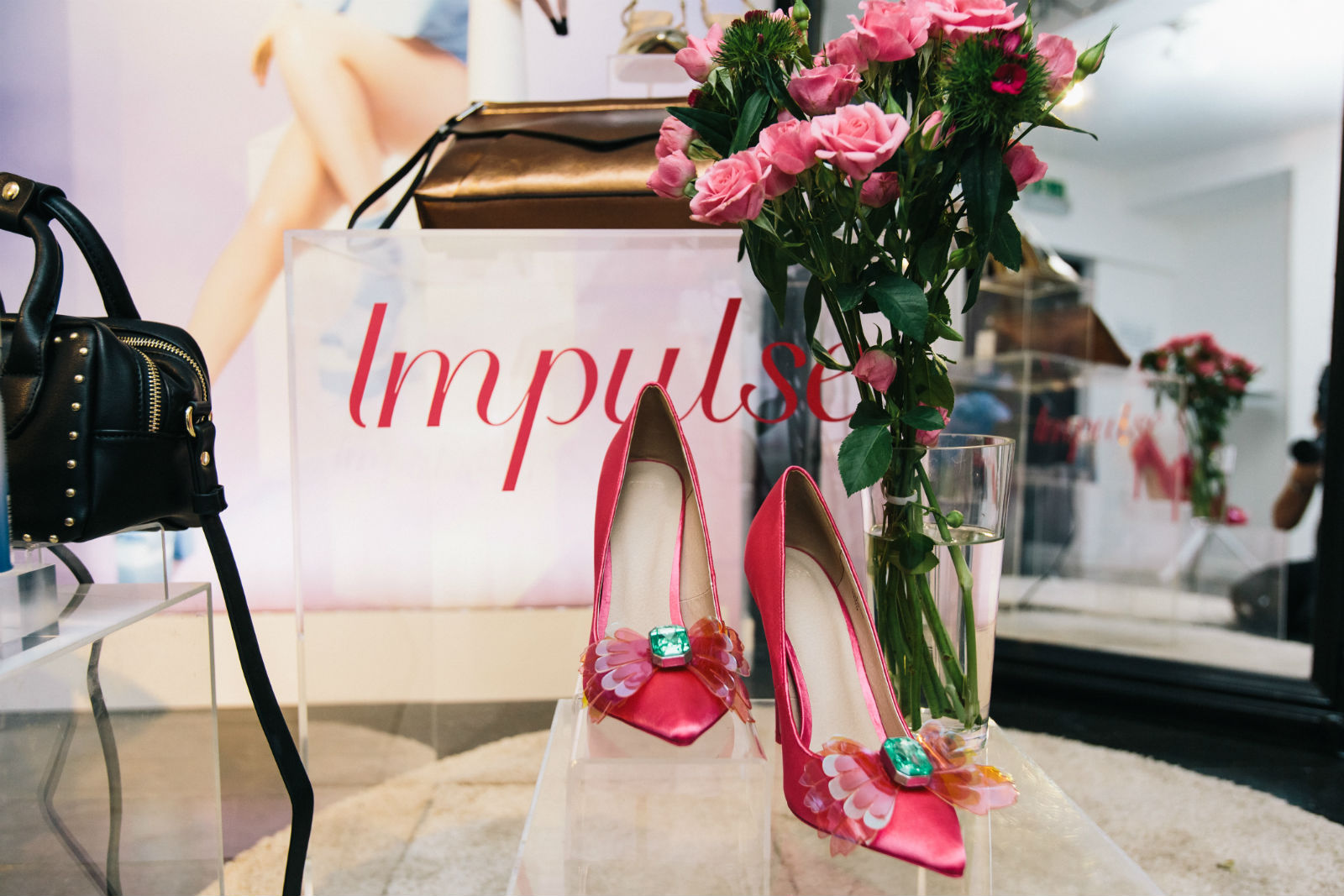 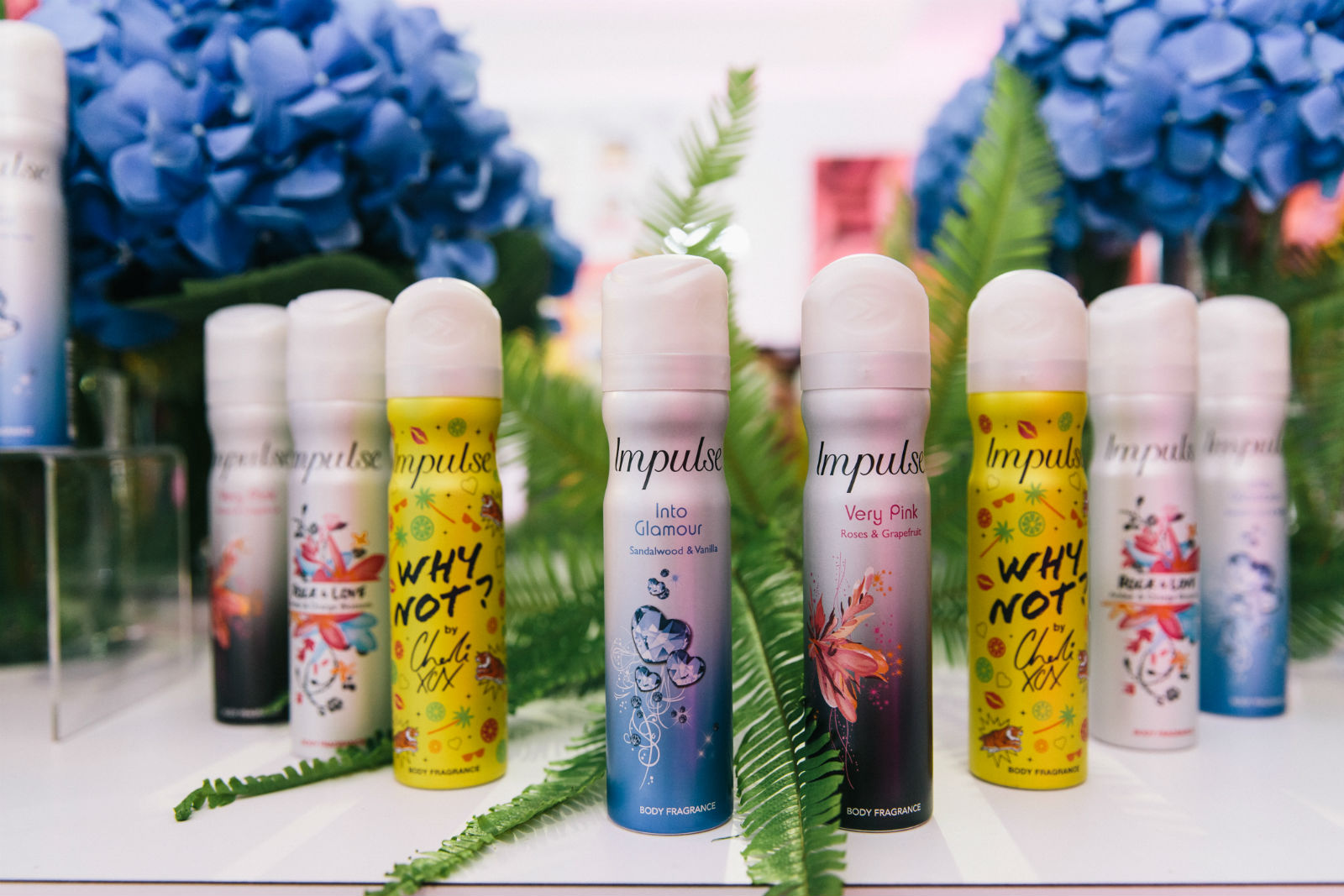 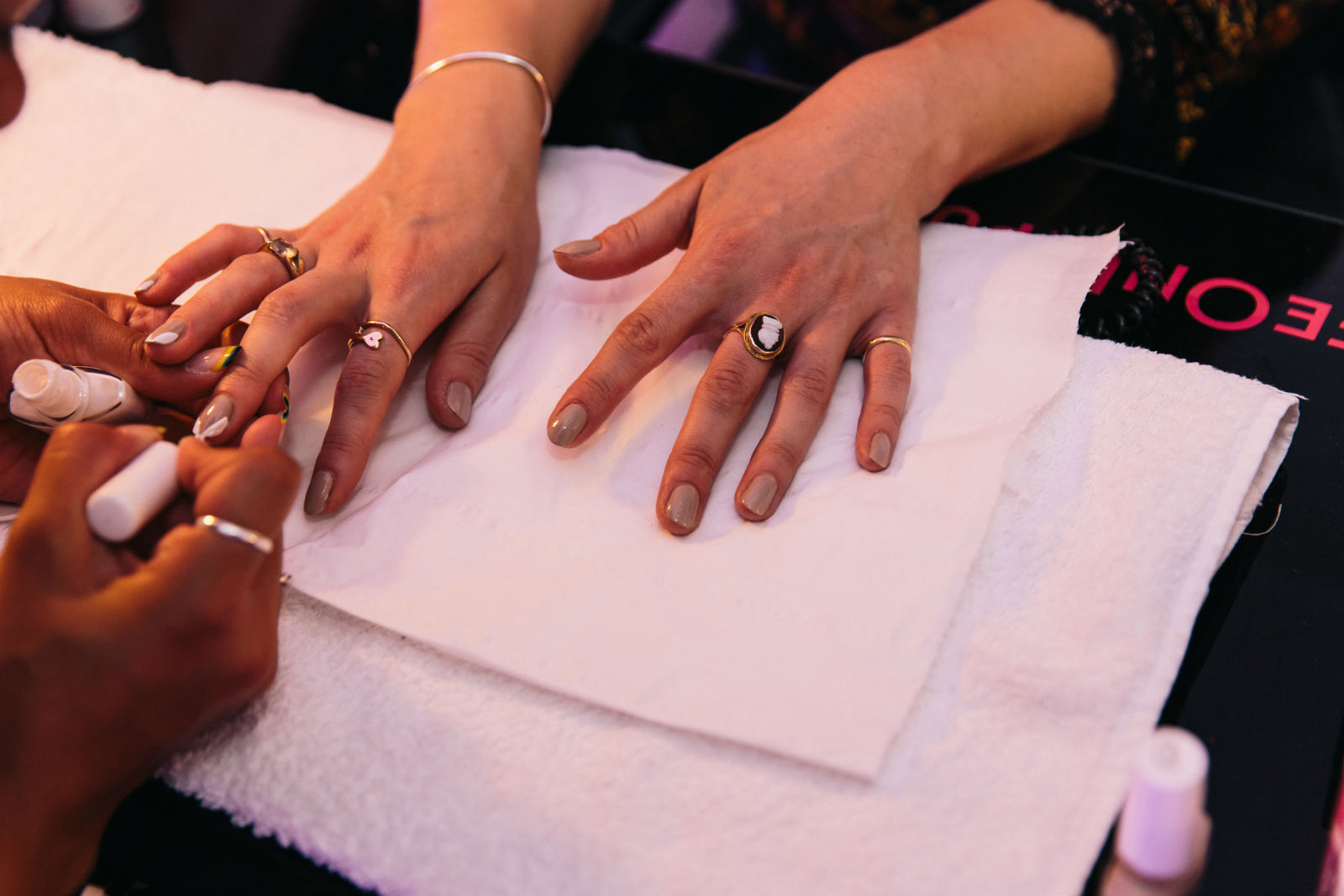 Anyway, back to the Impulse Changing Room!

I stepped into the photo-booth (one of the best I’ve seen – even complete with a wind machine, you know – just for that extra ‘you’re worth it’ look) feeling like a new woman, ready to practice my best poses. Unfortunately they didn’t come out looking as Blake Lively esque as I’d envisioned, but hey – I left the changing room feeling ready to conquer the world. Even walking for ten minutes in the wrong direction and then having to completely re-plan my route due to a broken down tube train didn’t deter me. Maybe this living life on impulse thing is worth trying on a regular basis!

This post was written in collaboration with Impulse but all opinions and terrible poses are my own. 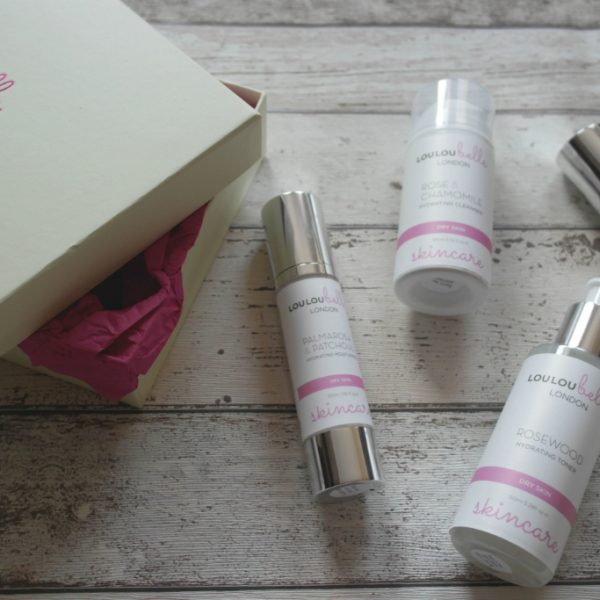 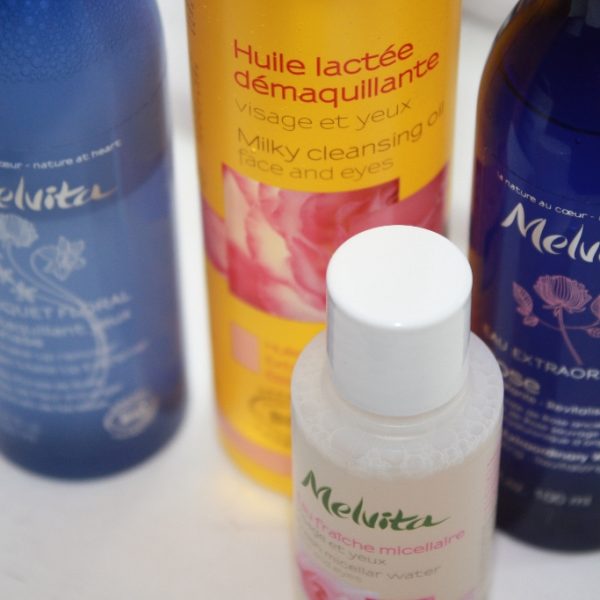 How To Boost Your Make-Up’s Radiance 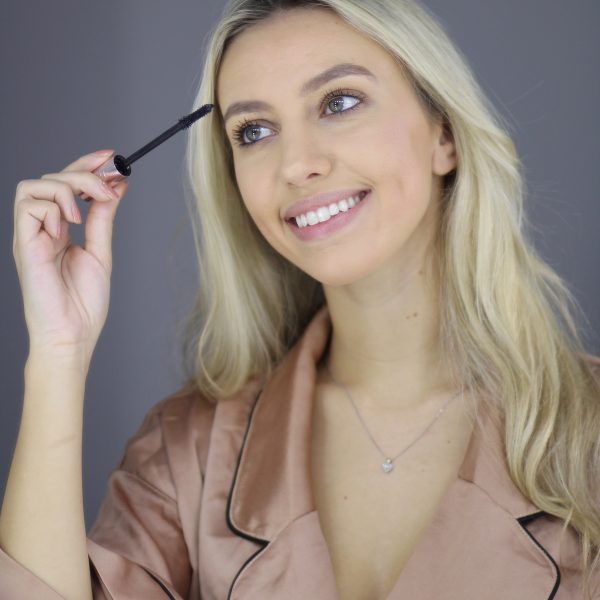