If you take a stroll down Carnaby Street and look out for a rather glittery alleyway (with the twinkly Kingly Court sign just above it), then you’ll arrive at what feels like a secret hub of London’s favourite restaurants. With a courtyard outdoor seating area and three tiers of foodie delights, it’s a must see for anyone who loves eating out. David and I, included. Whether it’s rain or shine, you can be rest assured you’re covered for all eventualities and all taste/dietary/fussy requirements.

So, with this in mind – we thought we’d pay Kingly Court a little visit one Sunday afternoon, with the view to have a few drinks outside before warming up at Señor Ceviche, the resident Peruvian Barbecue restaurant. I’d actually previously read about their quirky bright interior and incredible flavours on Rosie’s blog a few months ago – and ever since, I’ve been eager to try it out for myself. Peruvian food isn’t a cuisine I’ve taste tested before – and I do love a new discovery! 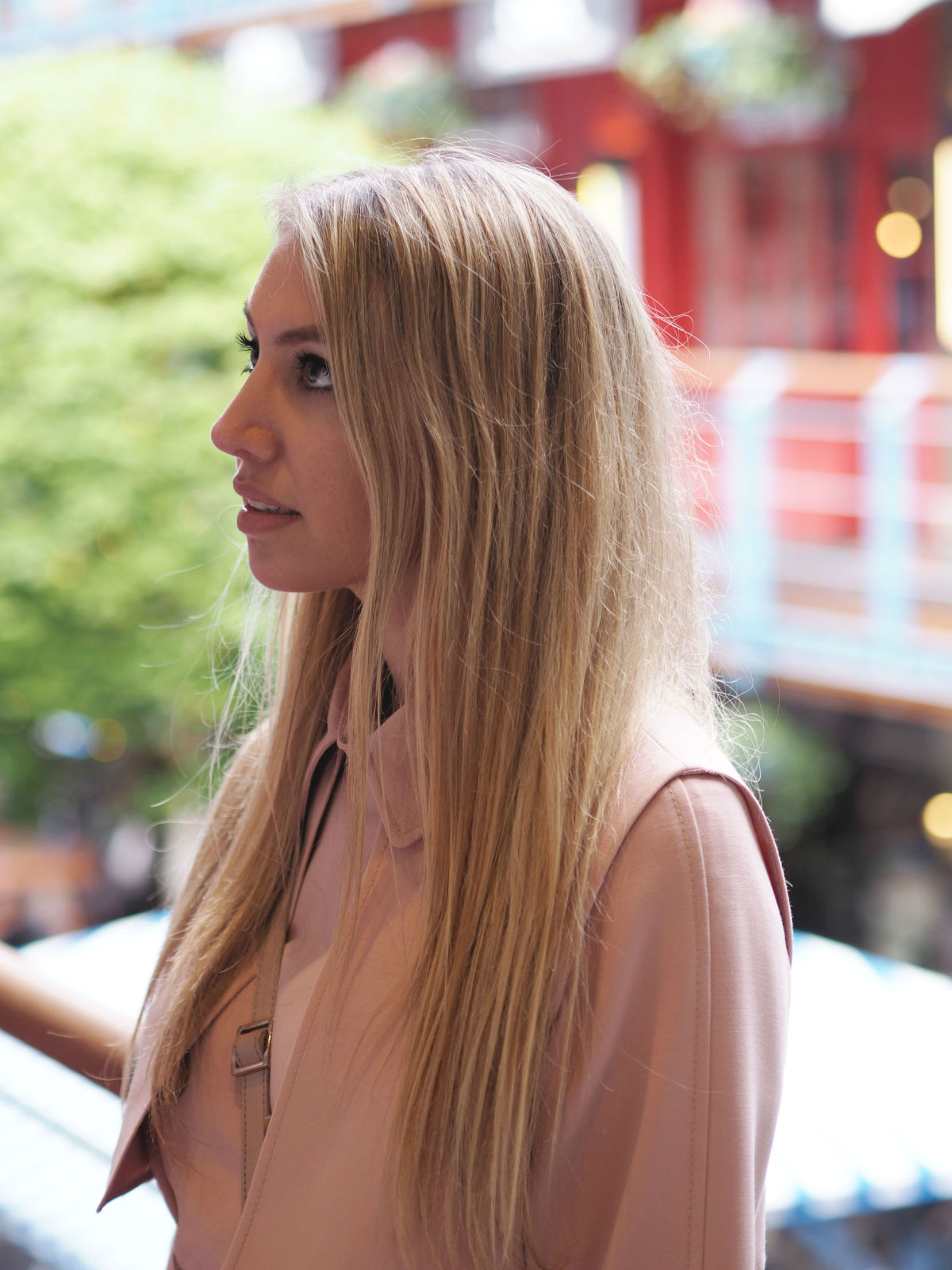 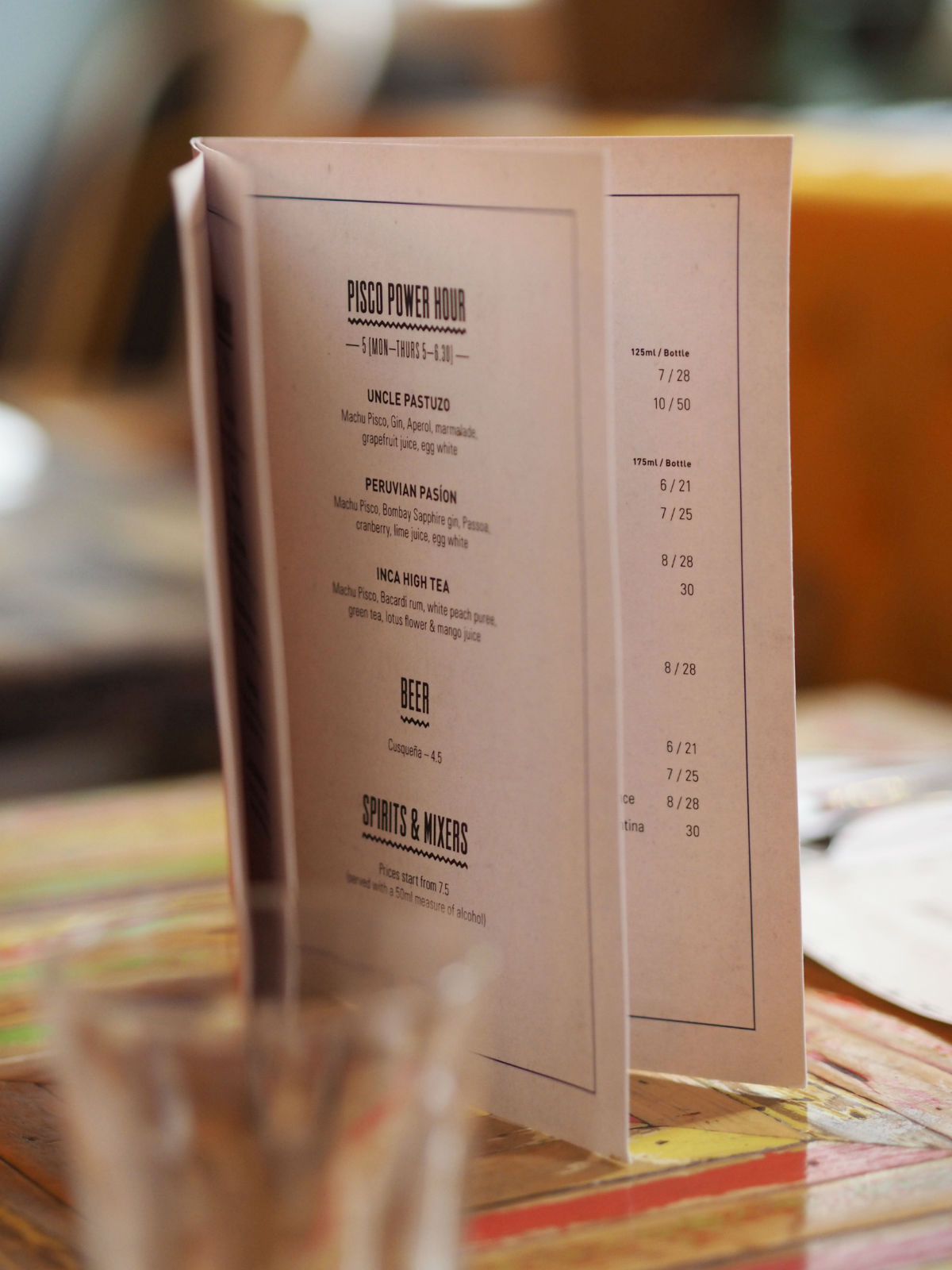 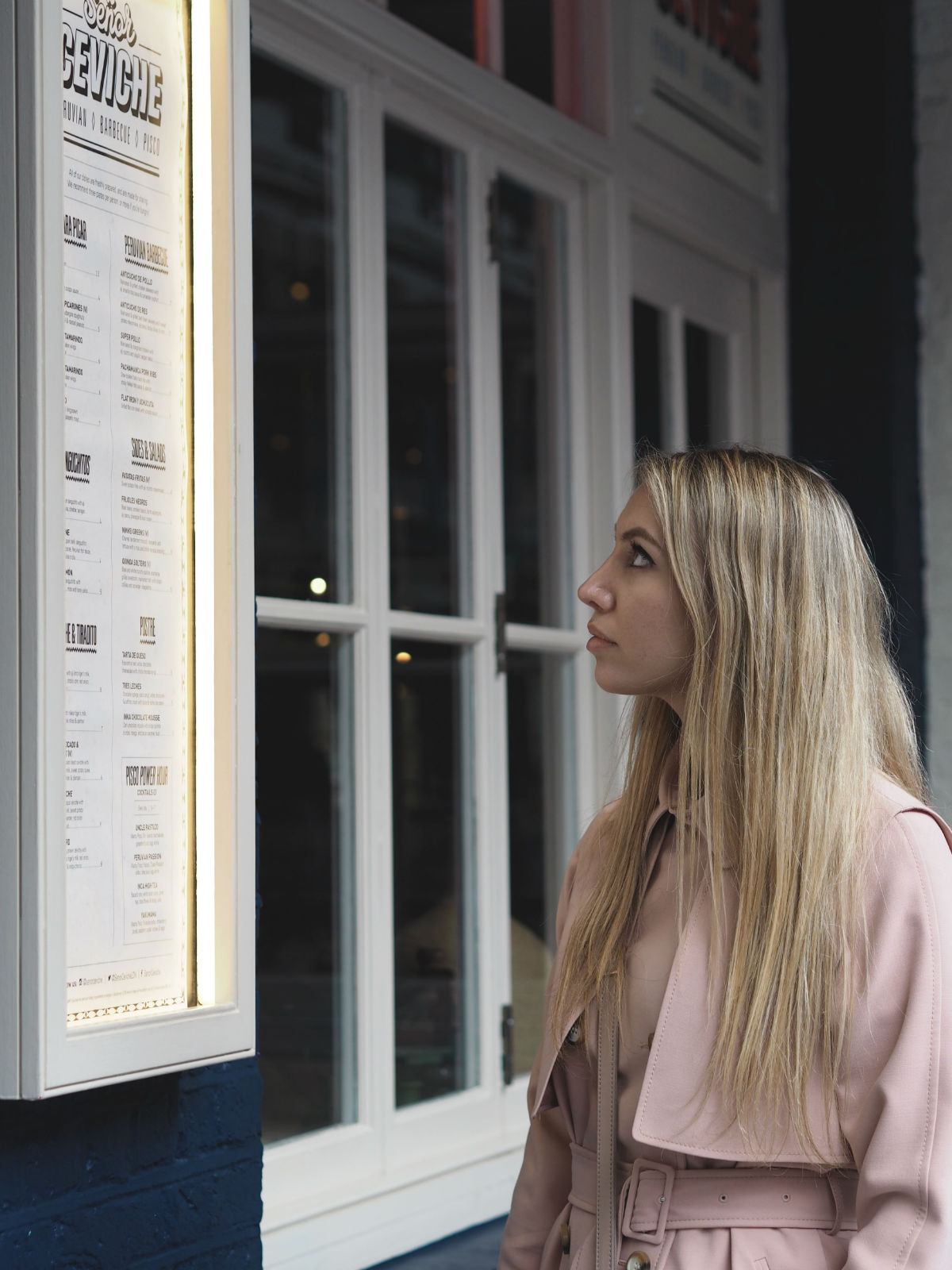 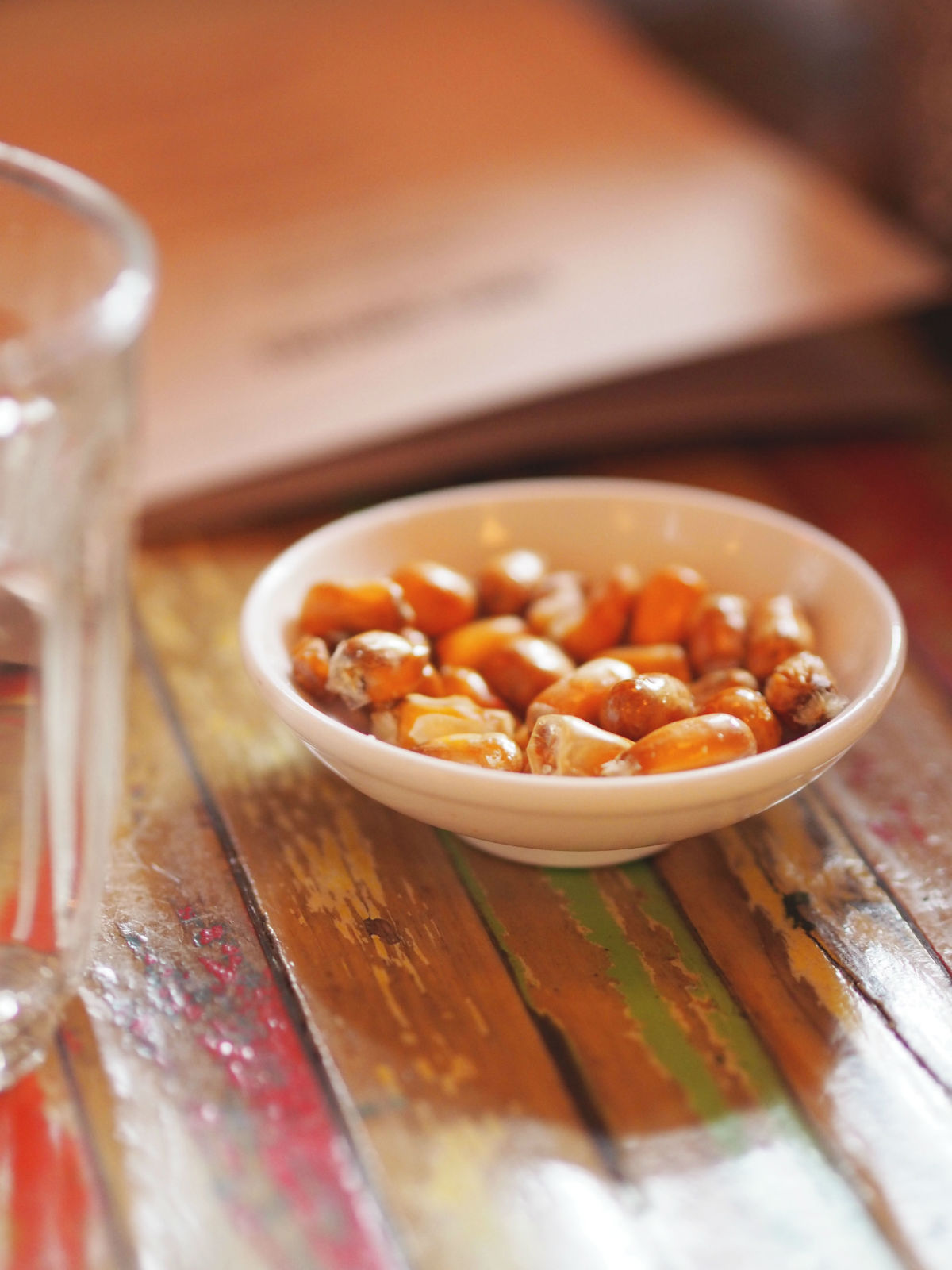 Designed to embody ‘urban Lima’, the capital of Peru – Señor Ceviche offers flavoursome BBQ dishes, ceviche (which is raw fresh fish) and pisco cocktails – the latter of which being a sour liquor cocktail, which every guest is greeted with upon arrival. Definitely my kind of place! Although it’s usually served with a frothy egg white top, they very kindly re-made one for me without – so that I could enjoy it, without my intolerances flaring up. I will admit, I’m not usually a fan of anything too alcoholic or too sour, but this was utterly delicious. Right until the very last sip!

Despite the restaurant itself being rather small, the design is very bright and bold – with even the toilets (are you a Chica or a Chico) keeping up with the theme. The decor element, teamed with the friendly staff and up-beat music transports you to Lima, without feeling like you’re in some novelty bar that’s trying too hard. Although I haven’t been to Peru myself, it does feel very authentic and homely. Even the little details, like the salty raw Peruvian popcorn, which is placed under your nose after a very warm welcome – is telling of how much thought has gone into the restaurant.

Anyway, after admiring the decor, we then ordered another too very potent concoctions – the Yapa Sandia (papaya, watermelon and mango) and the Uncle Pastuzo, which is a mix of gin, aperol, marmalade and grapefruit juice. 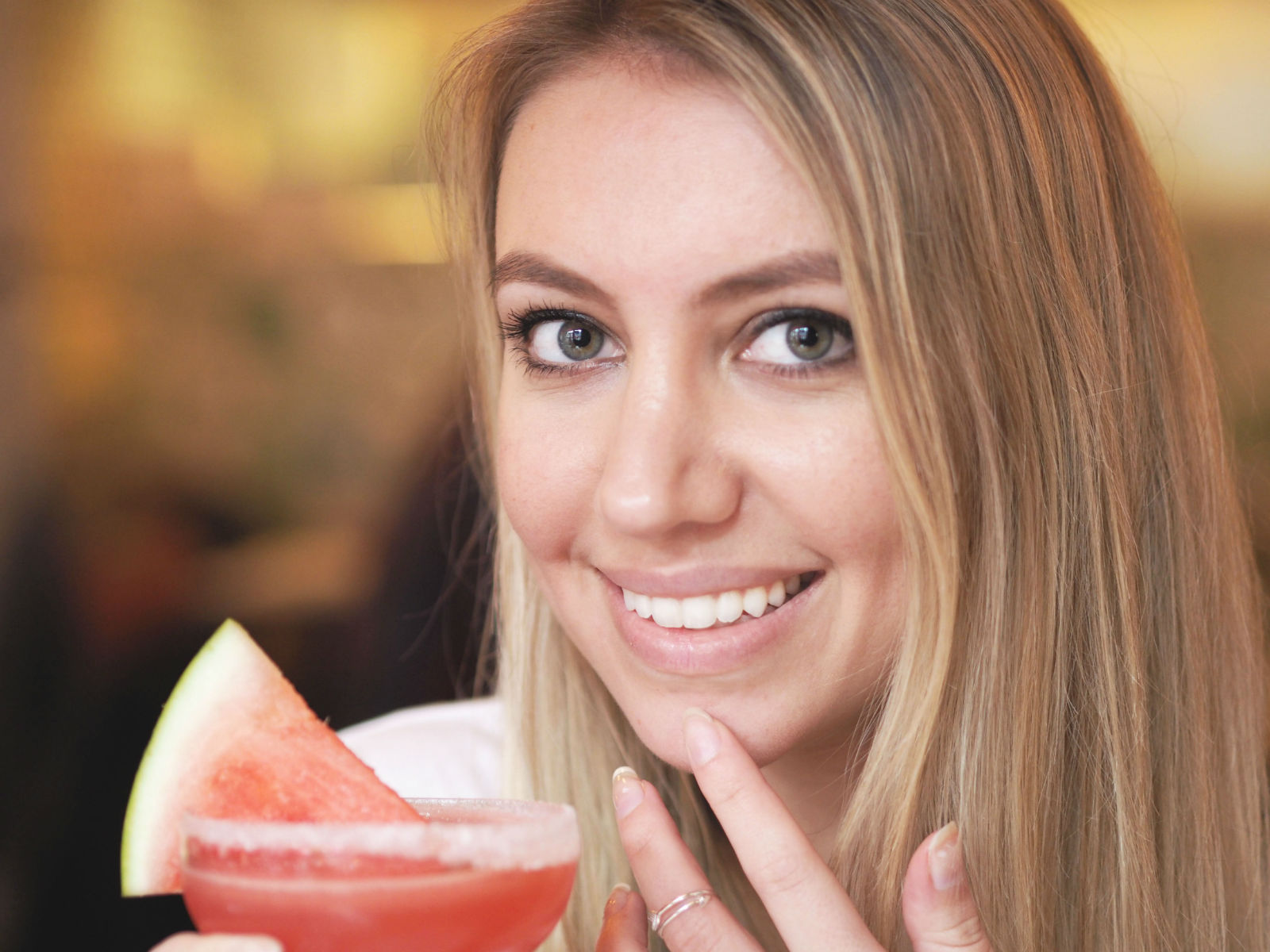 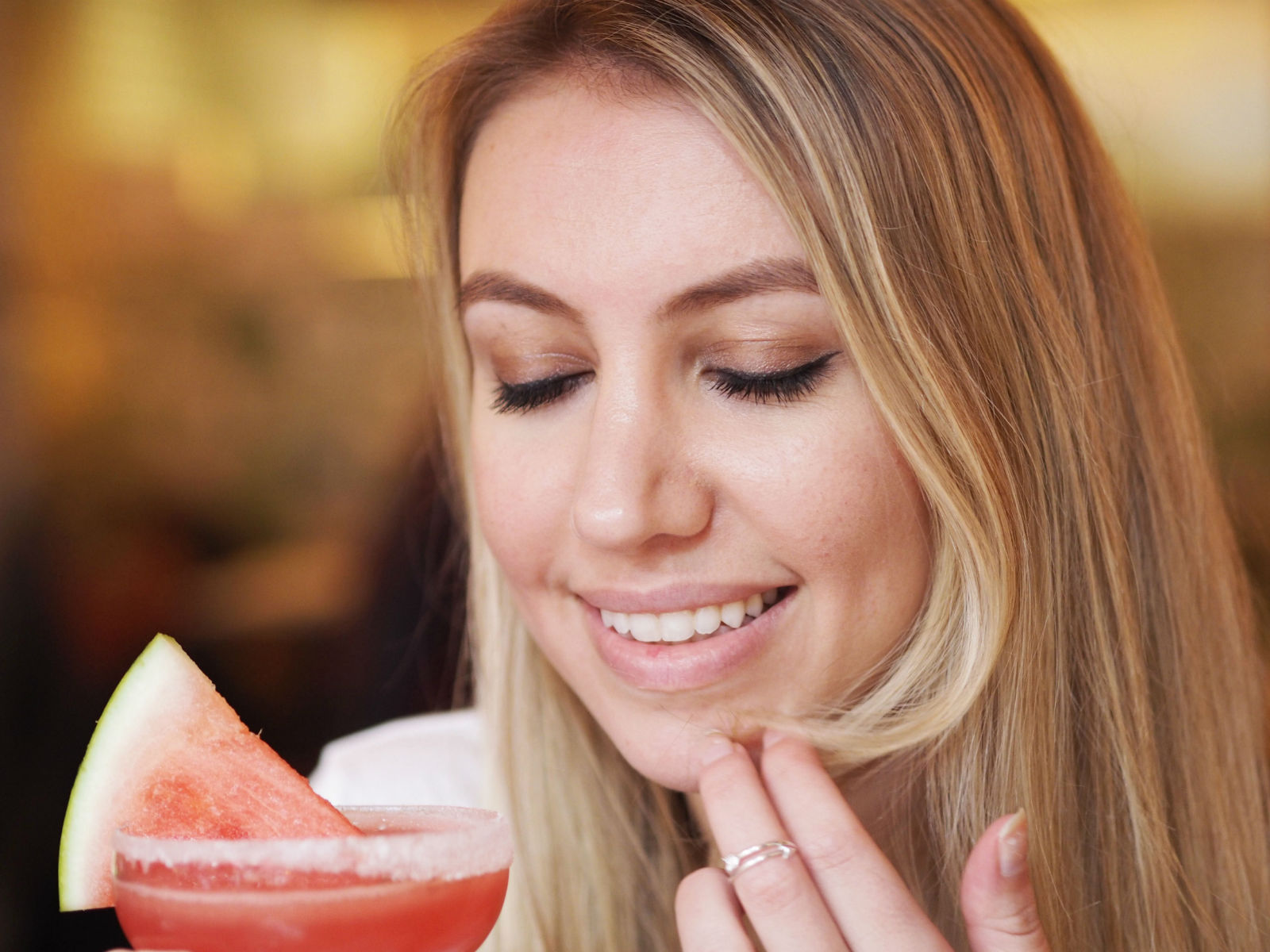 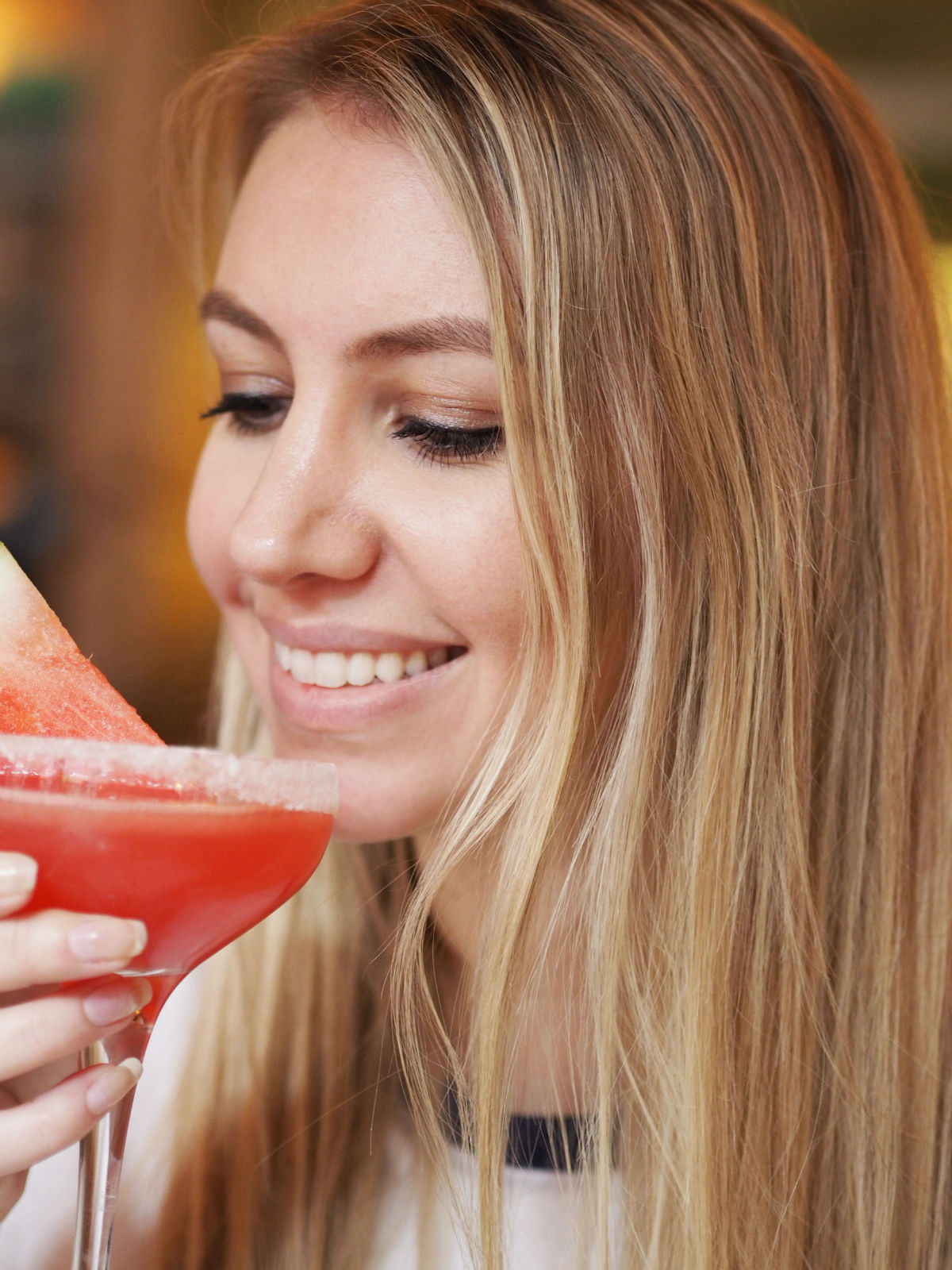 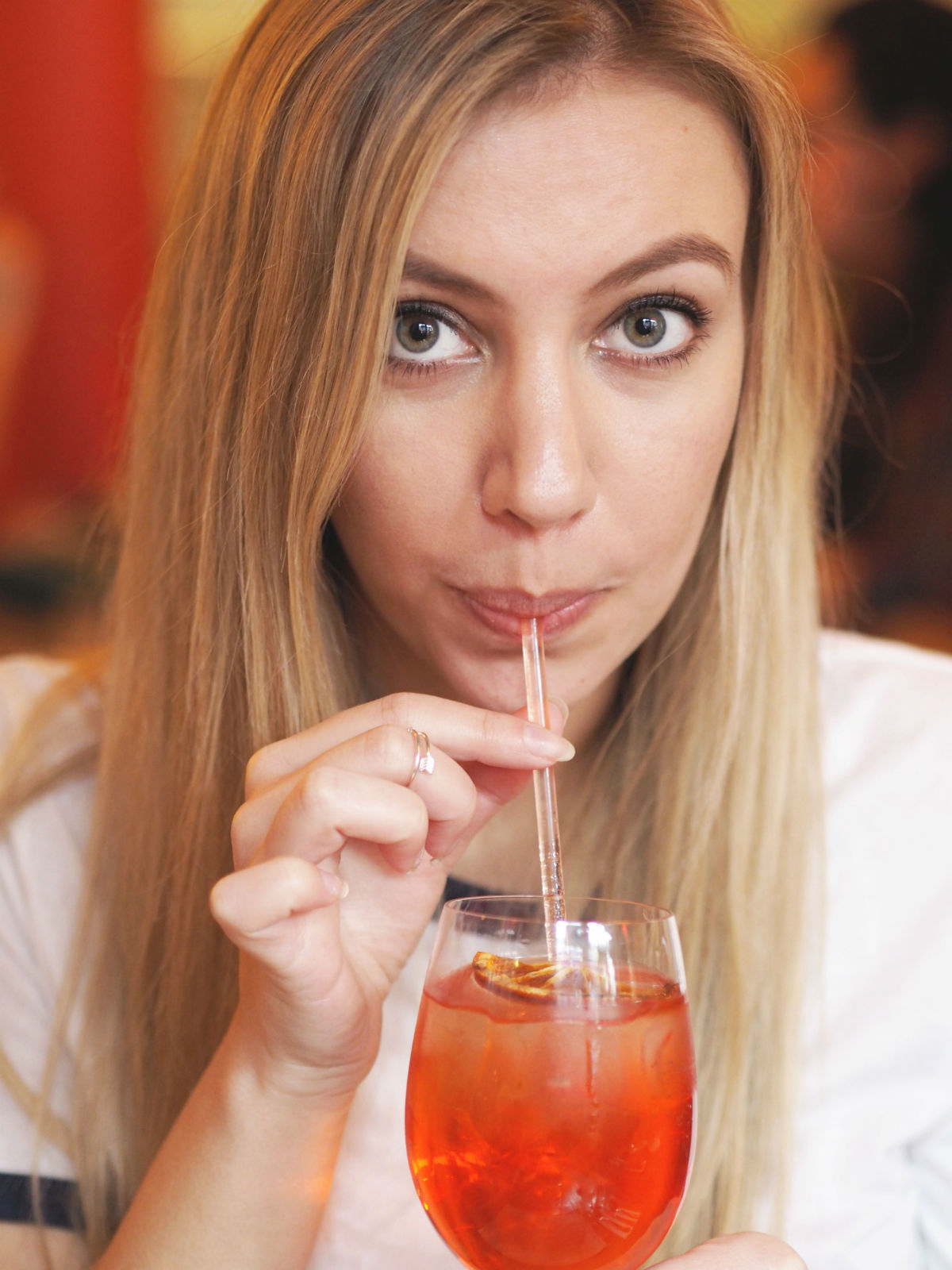 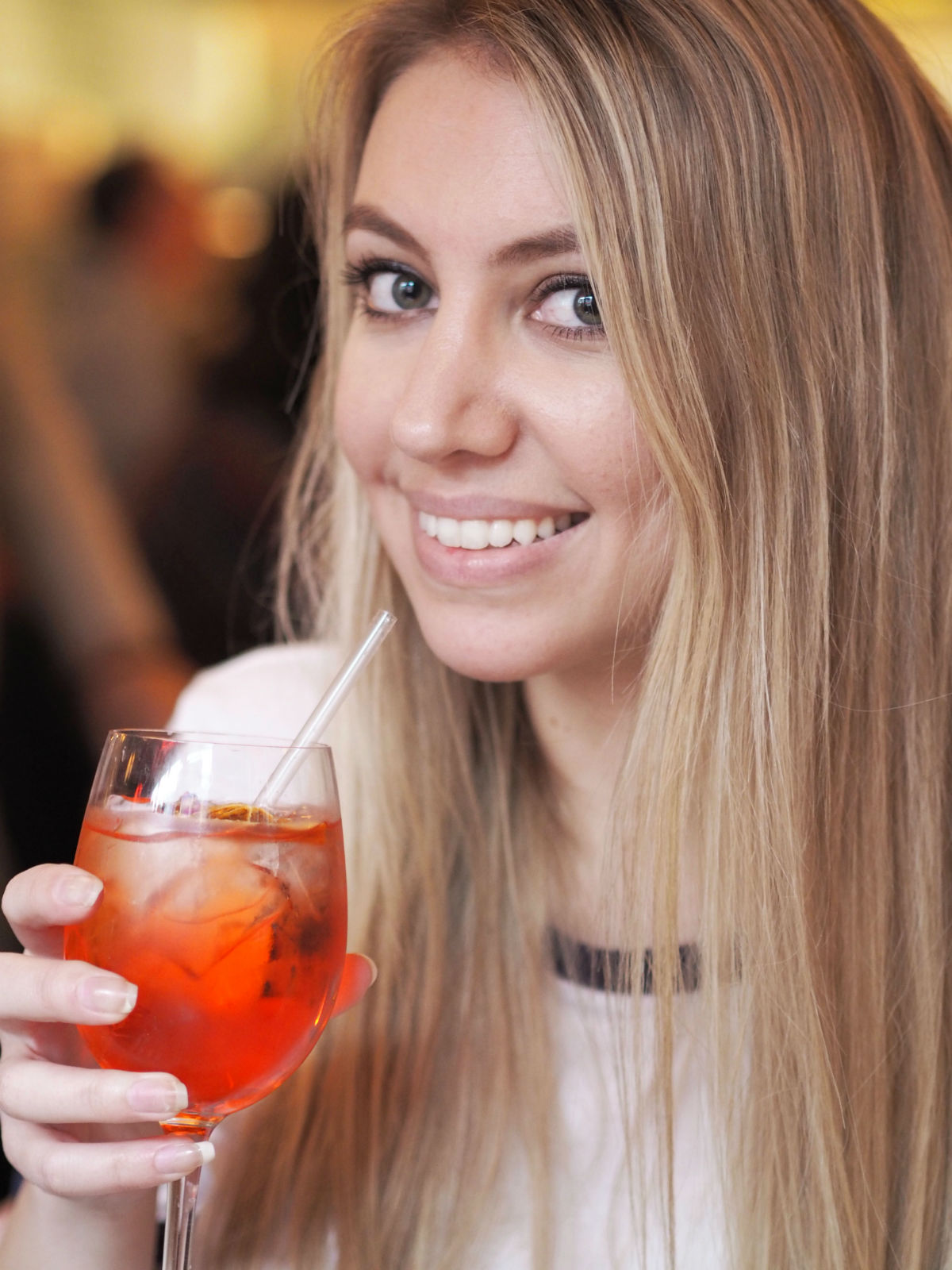 Although we’d sort of ordered them to share, I think I made it clear which one was my favourite.

The food menu is set out a little like tapas, as it encourages you to order three sharing dishes each (or more if you’re super hungry). This sort of format makes it a popular place for groups of friends – who filled the restaurant, despite it being quite early on a Sunday. We’d watched the couple next to us order an amazing array of delights, which inspired our choices.

Although a few items were written off due to my intolerances (as soon as I mentioned dairy free, my paper menu was whisked from under my nose with a smile and it arrived back with lots of scribbles on tweaks they could make to cater for me – very impressive), I was able to taste test the restaurant’s most popular dish – the Chifa Chicharonnes. Essentially, this rather fancily named dish is slow cooked, crispy pork belly with sweet soy sauce. I don’t think the description, or even the images, do this dish justice because it was quite simply incredible. I’m not a huge fan of pork belly, but this was insanely good. The sweet soy glaze and the melt-in-the-mouth, slow cooked pork complimented one another amazingly. I’d go again purely for this dish. I promise, that’s not an exaggeration. 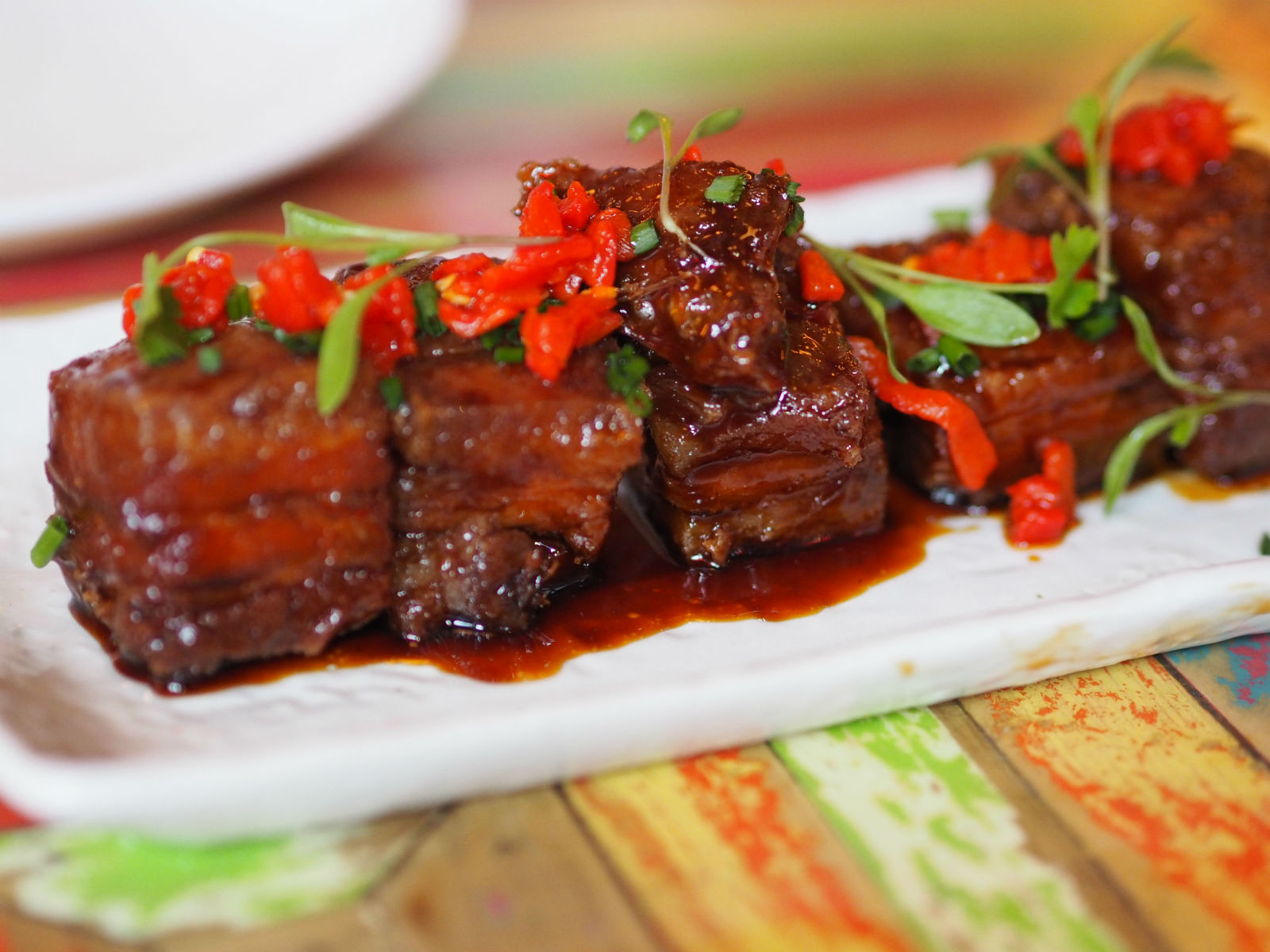 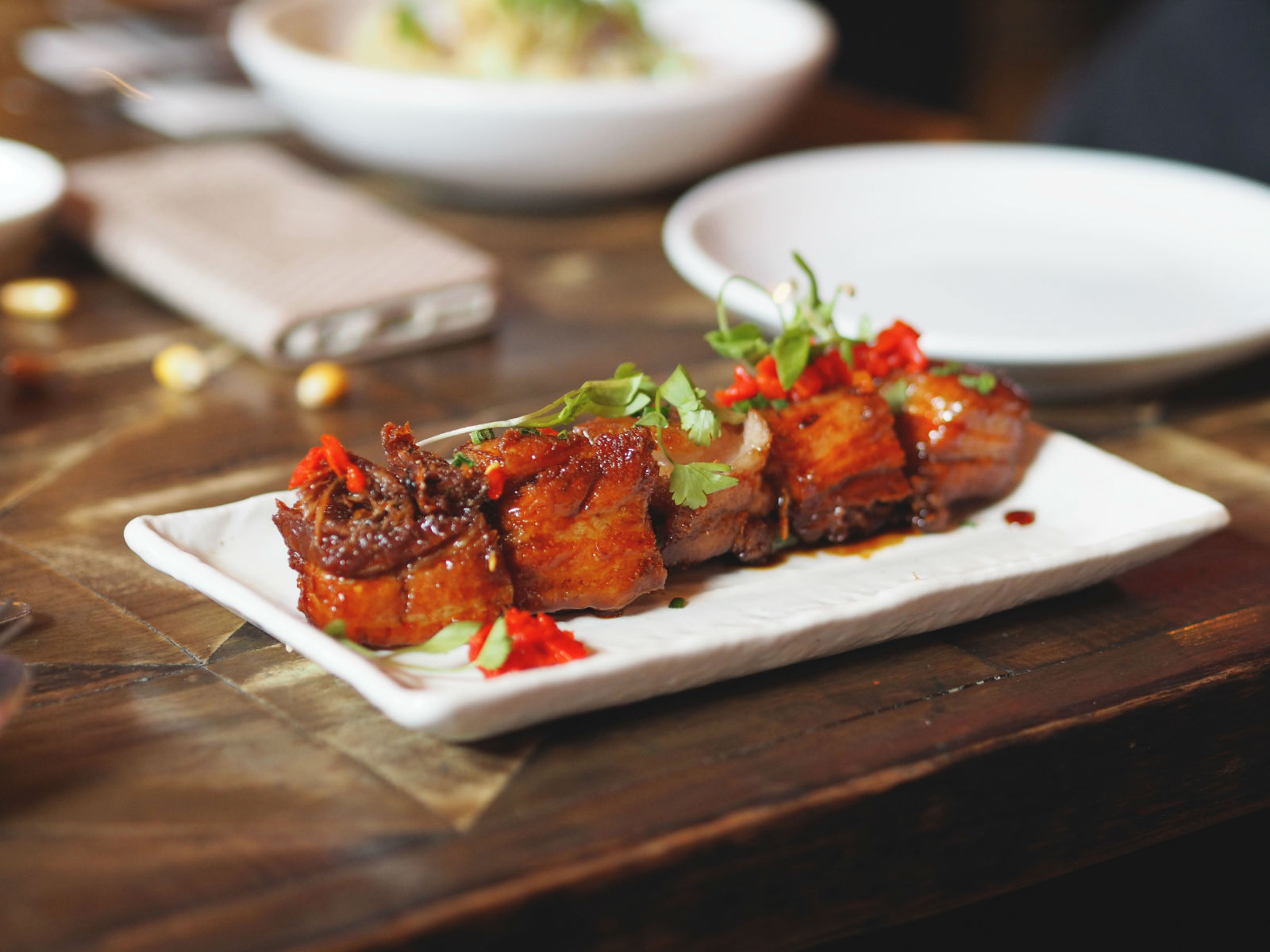 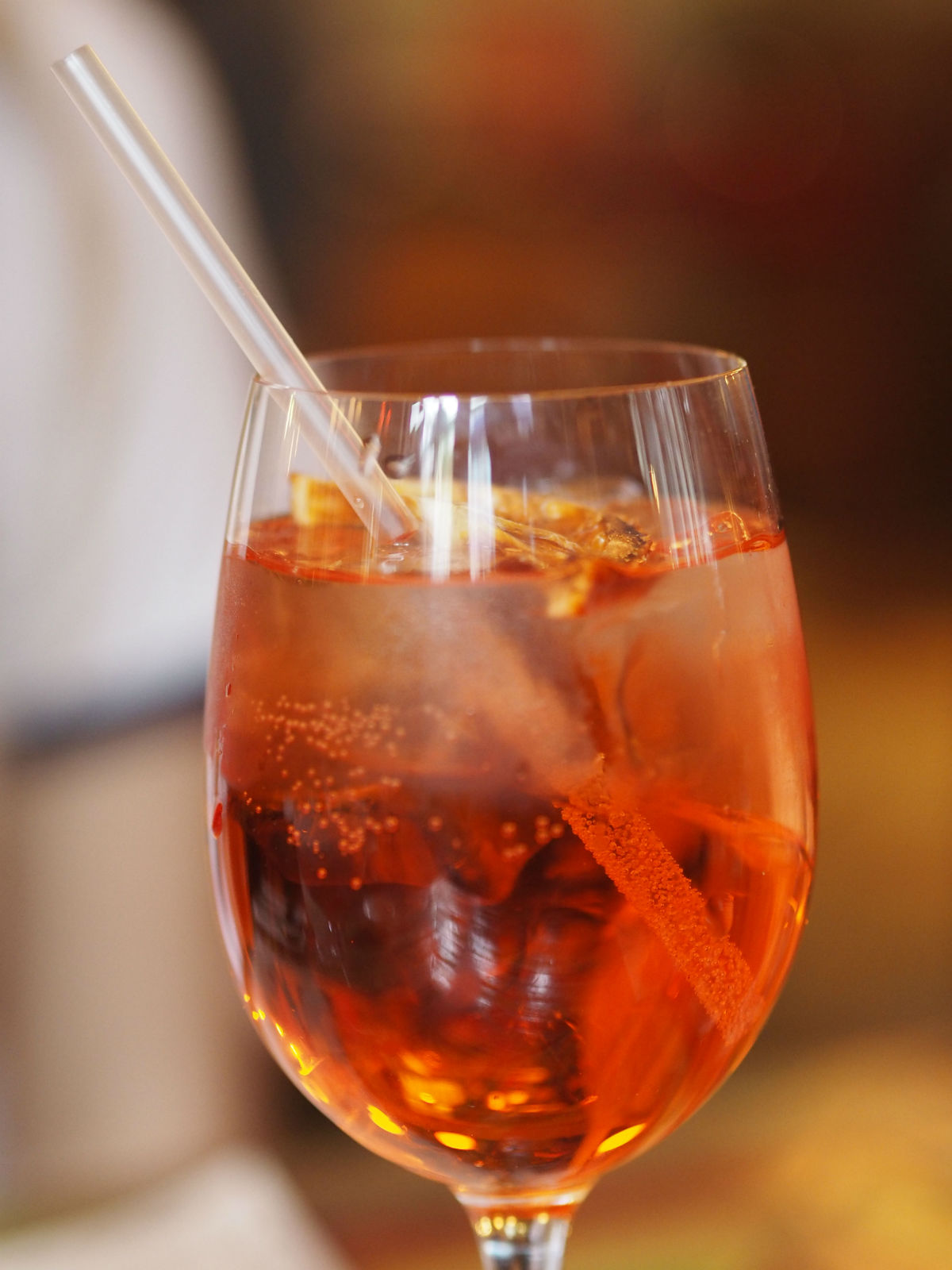 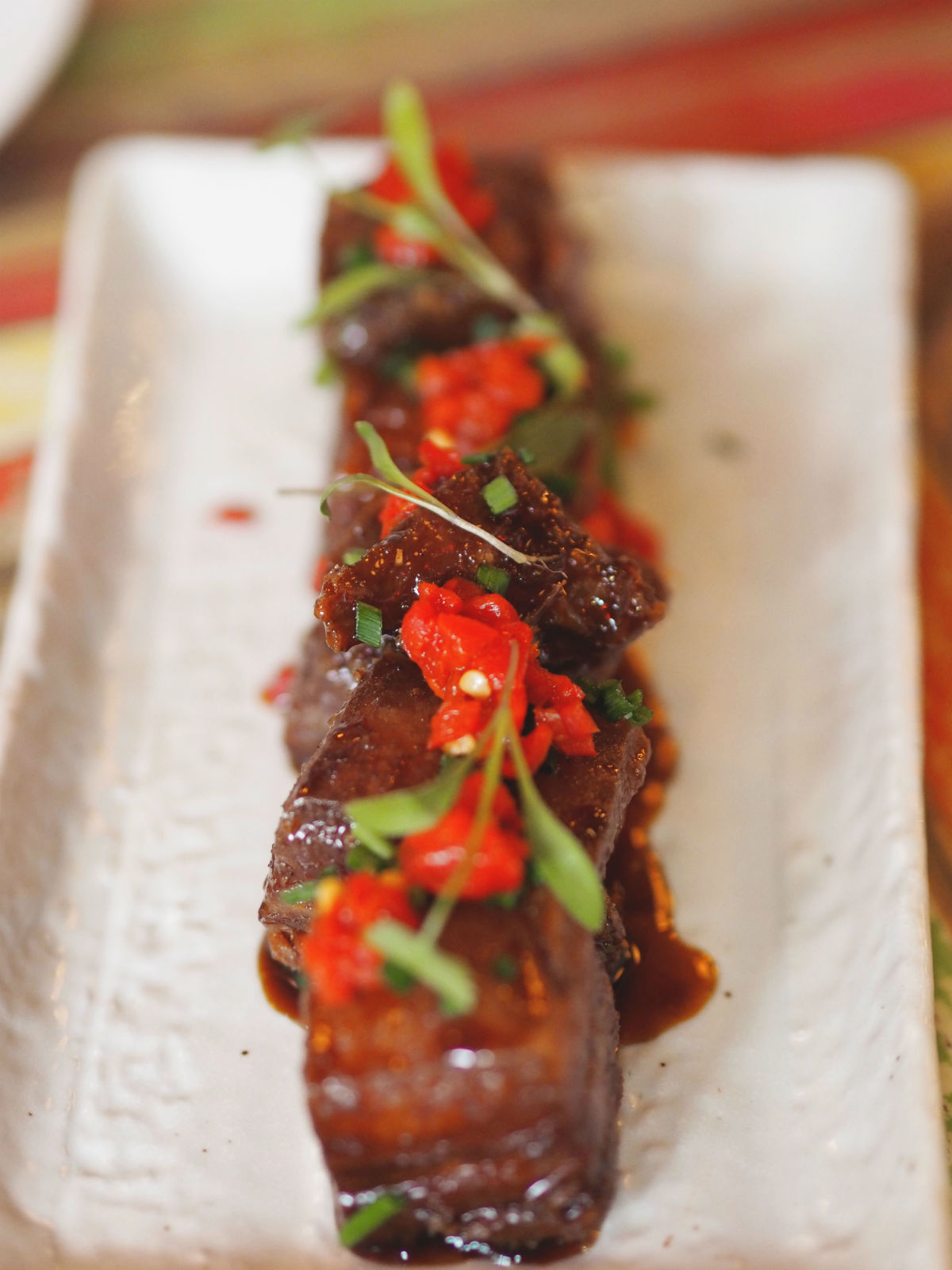 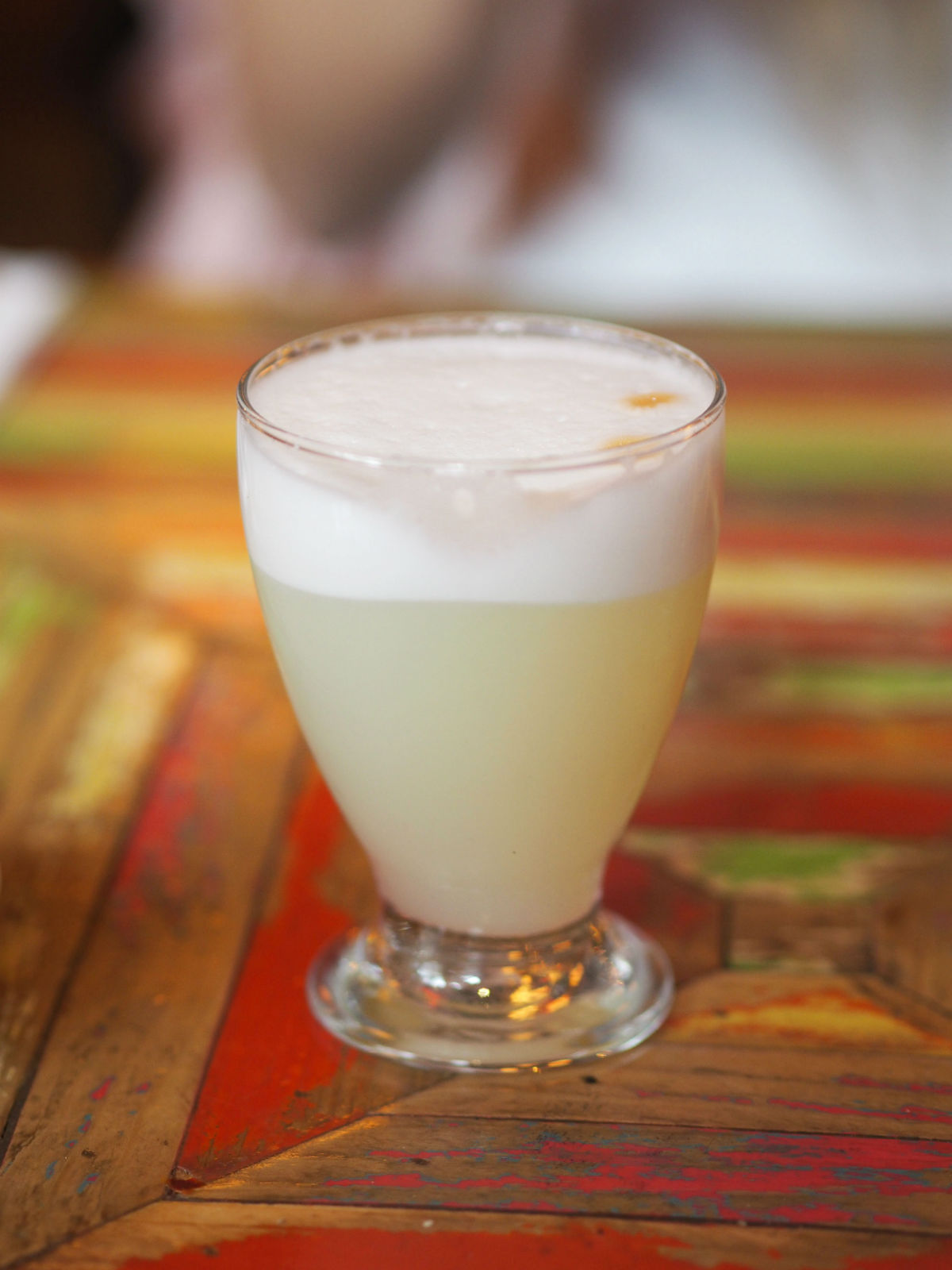 With such an amazing starter, the rest of the meal had a lot to live up to – although luckily it succeeded.

I was a little worried that we’d leave feeling hungry because of the sharing element, however three dishes each is more than enough food – in fact, we didn’t finish all of it, and for David and I – that’s saying something. Each tapas plate is full of so much rich flavour, that you want to savour every mouthful rather than gobbling it down instantly. Although the sweet potato ‘Patatas Fritas’ are rather moreish. 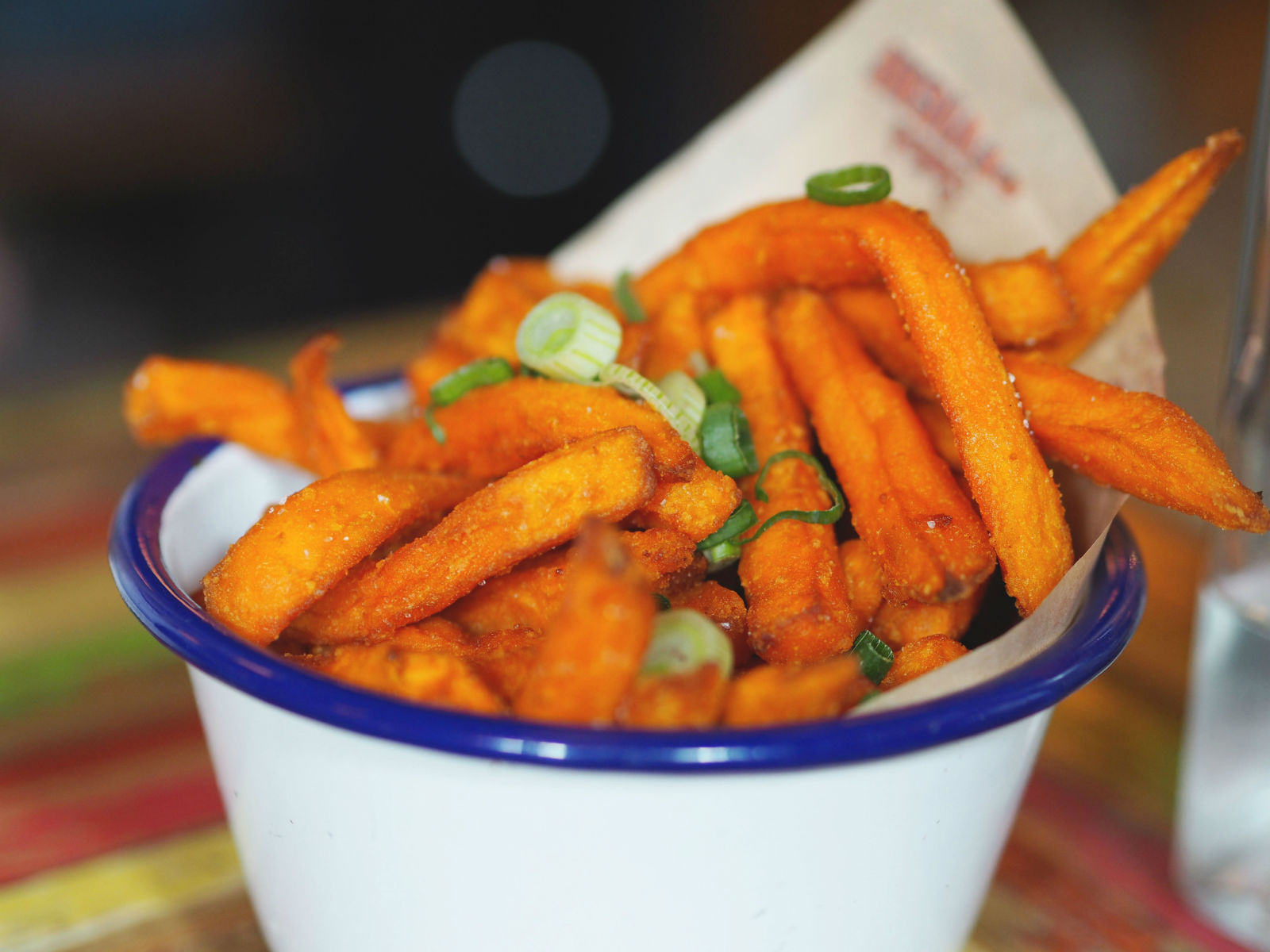 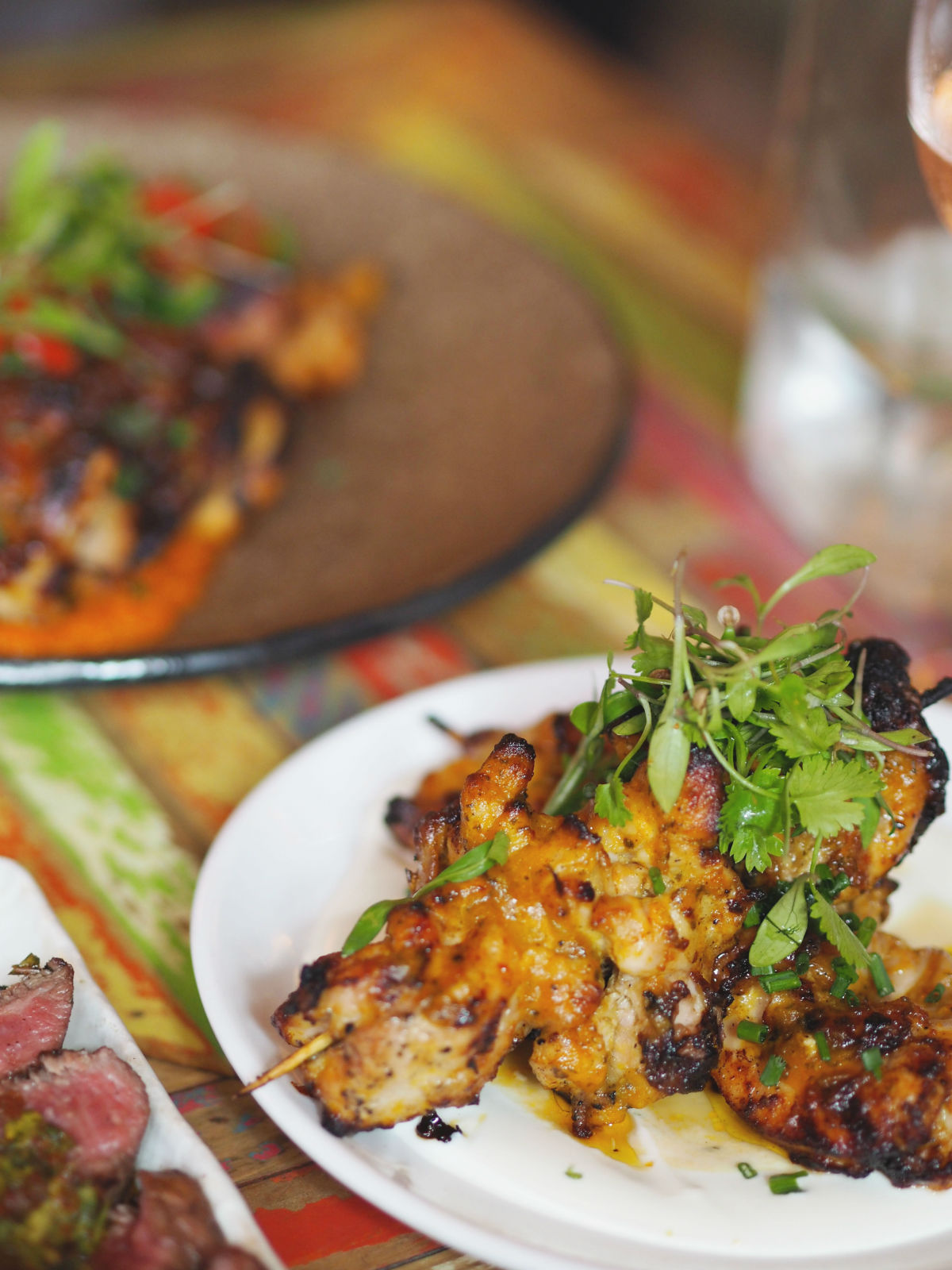 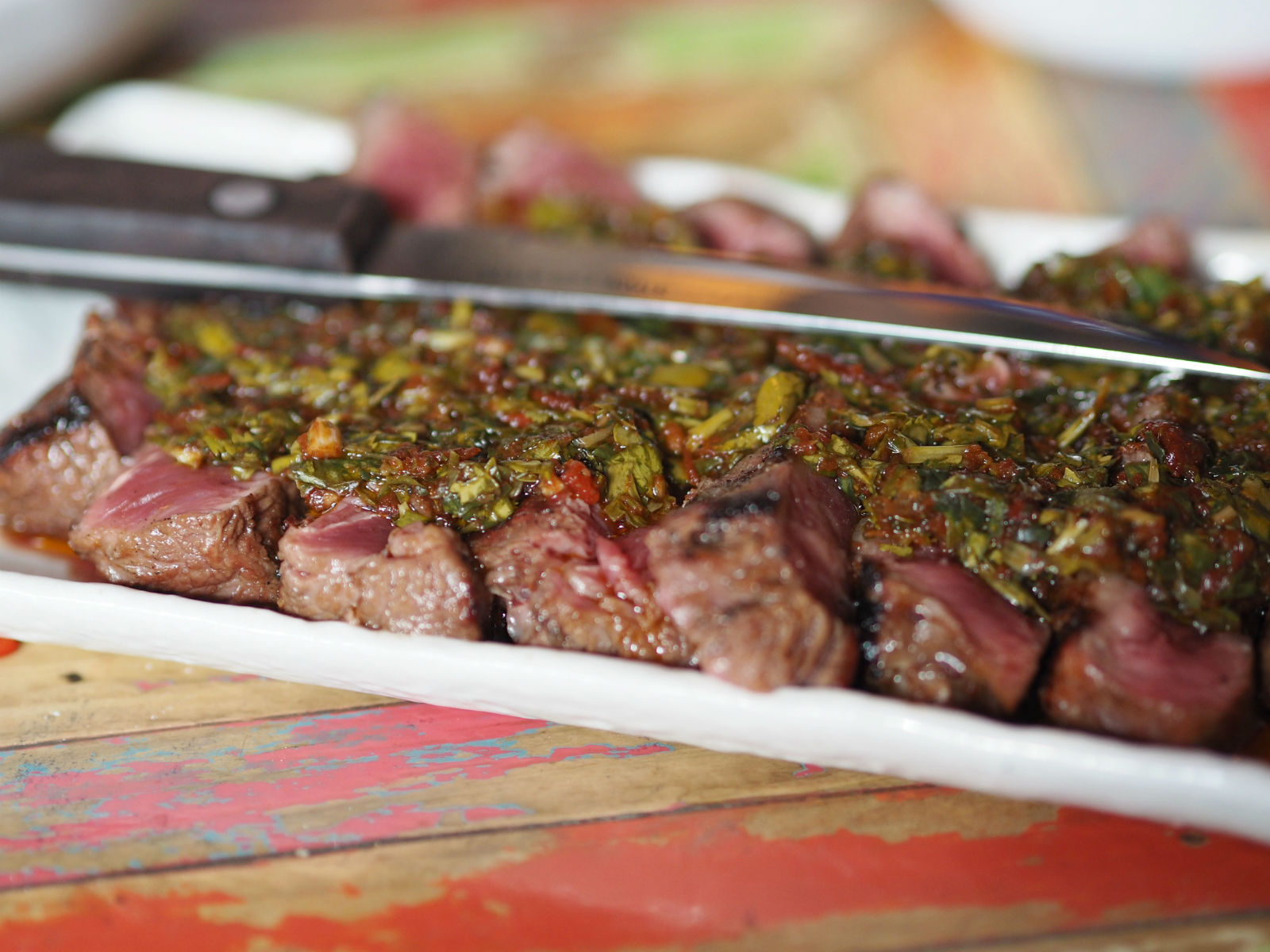 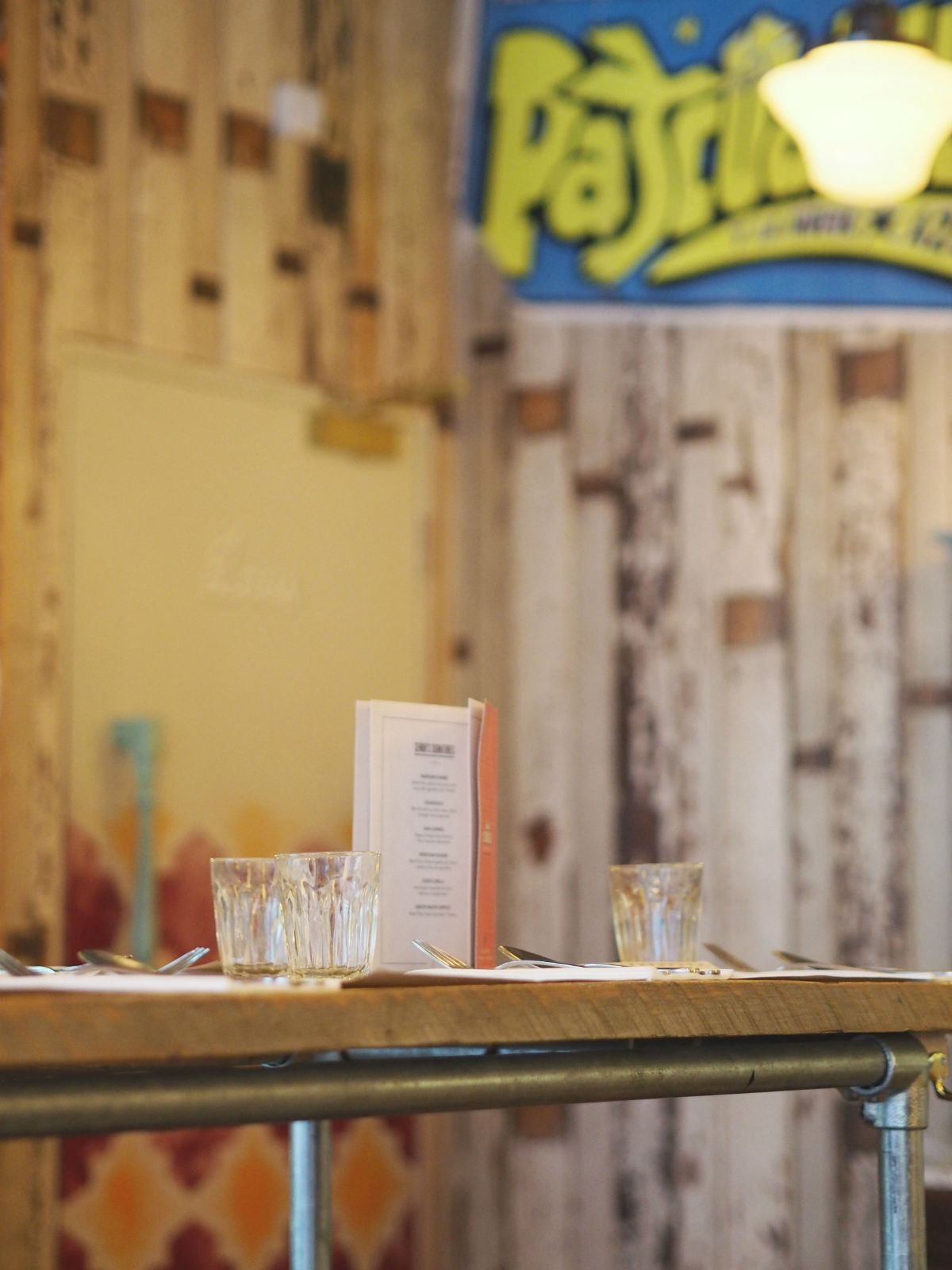 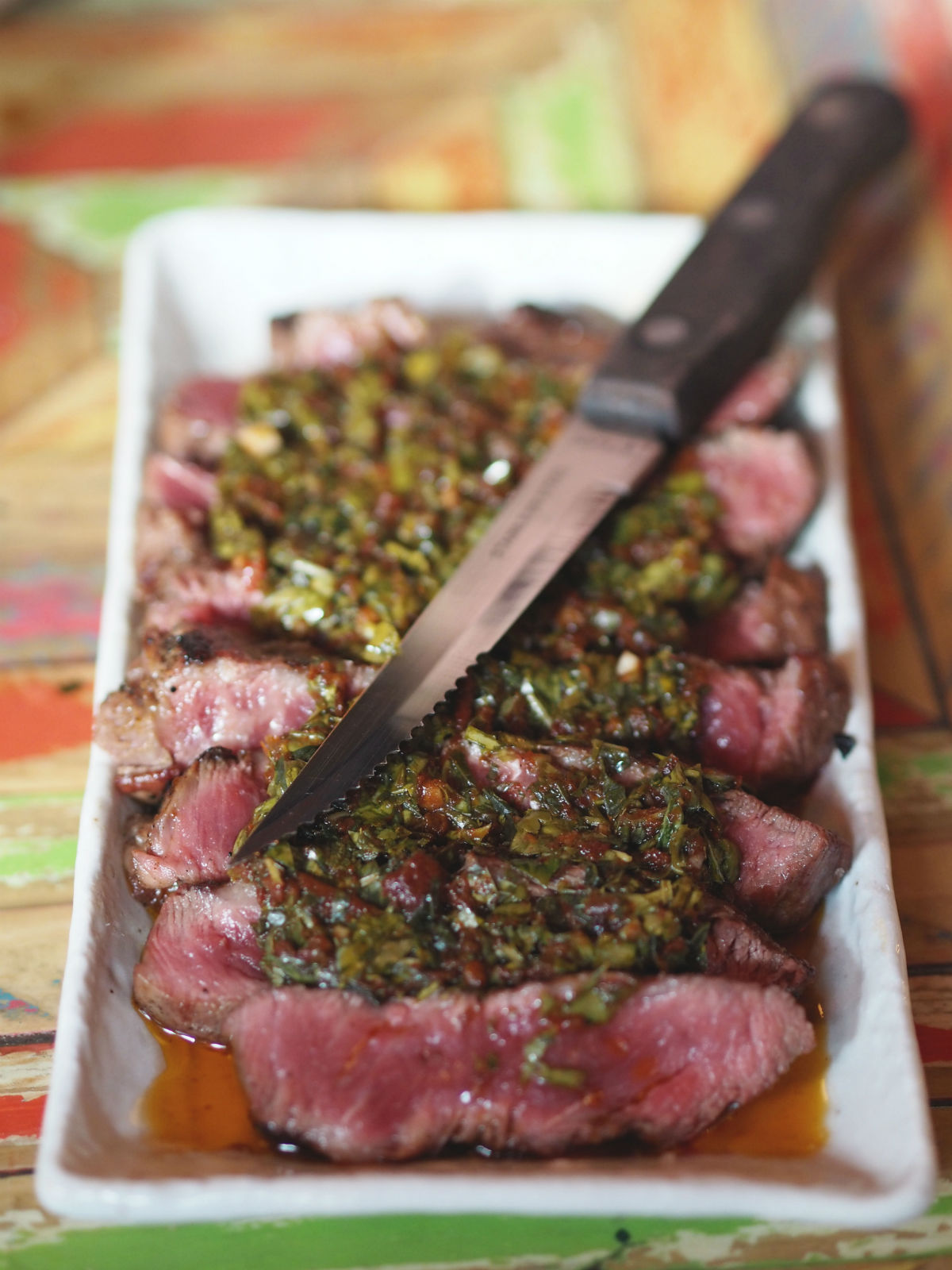 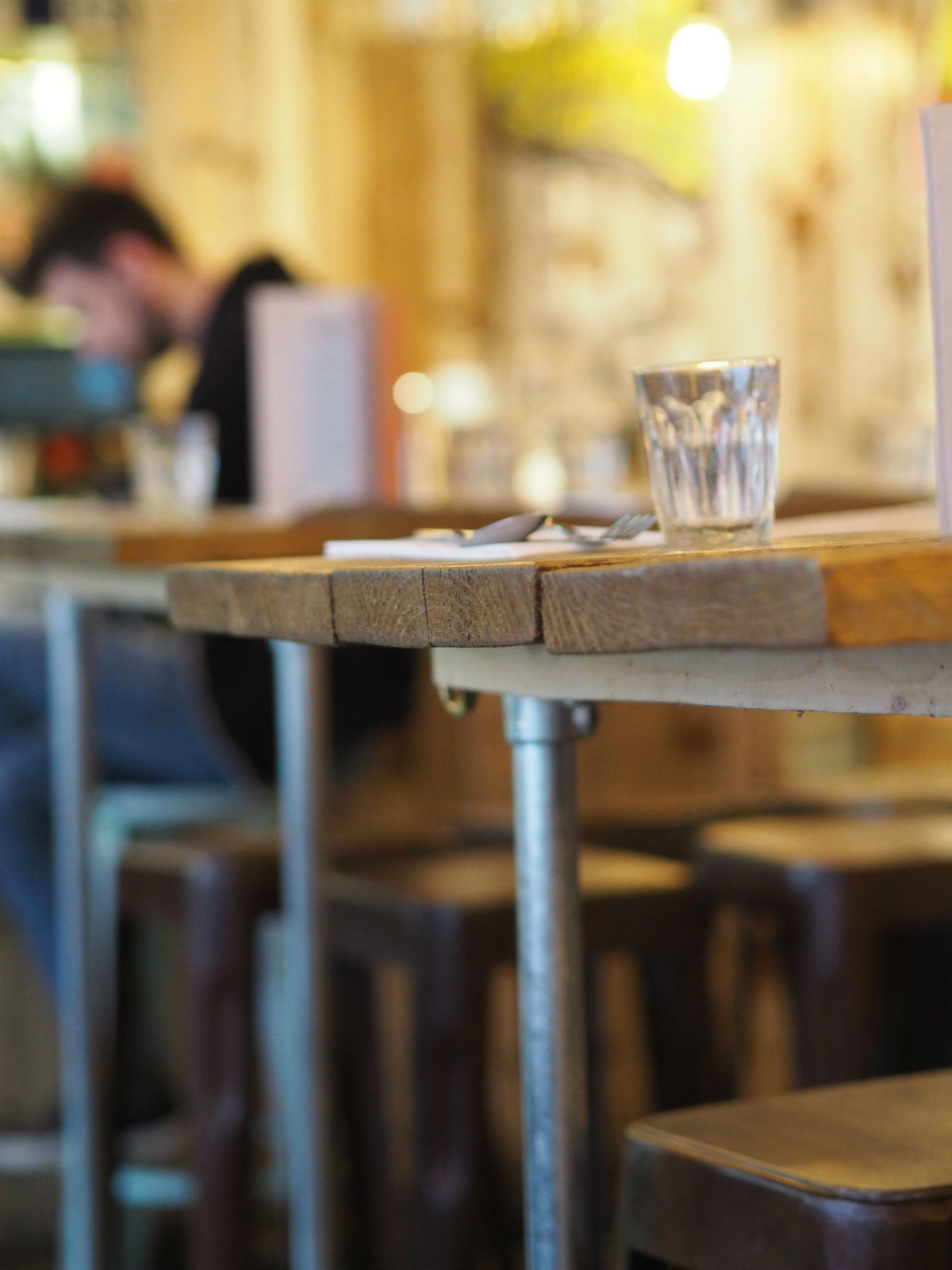 Each of which were devoured between handfuls of sweet potato fritas and Quinoa Soltero, with edamame, grilled sweetcorn and tofu.

Anyone would have thought consuming that much food would mean there’s no room for dessert. But with such incredible savoury dishes, we couldn’t resist seeing what the sweet options were like.

With three choices on offer, we decided to ask our lovely waitress (who seemed to go out of her way to make sure we were having a lovely meal) for her recommendations. I always find this is the best way to try a new restaurant – and we weren’t disappointed. For out popped the Dulce Le Leche, a gorgeously milky ice-cream with caramel – and the Chancaca Treacle Tart with ice cream. Unfortunately they were pretty dairy heavy, so I had to let David do the taste testing on this occasion. But he confirmed they were both incredible. And to prove it to me, he finished both. 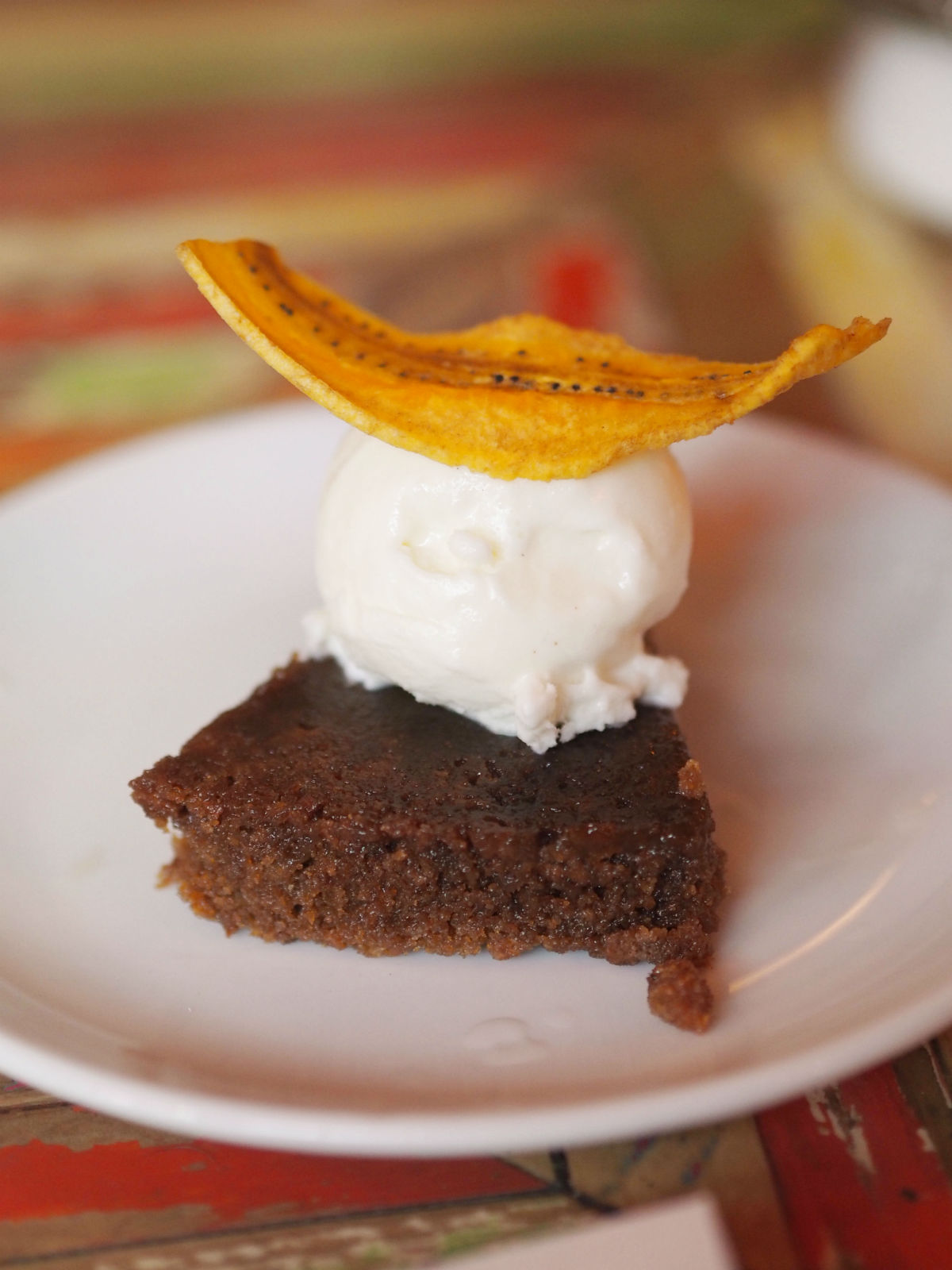 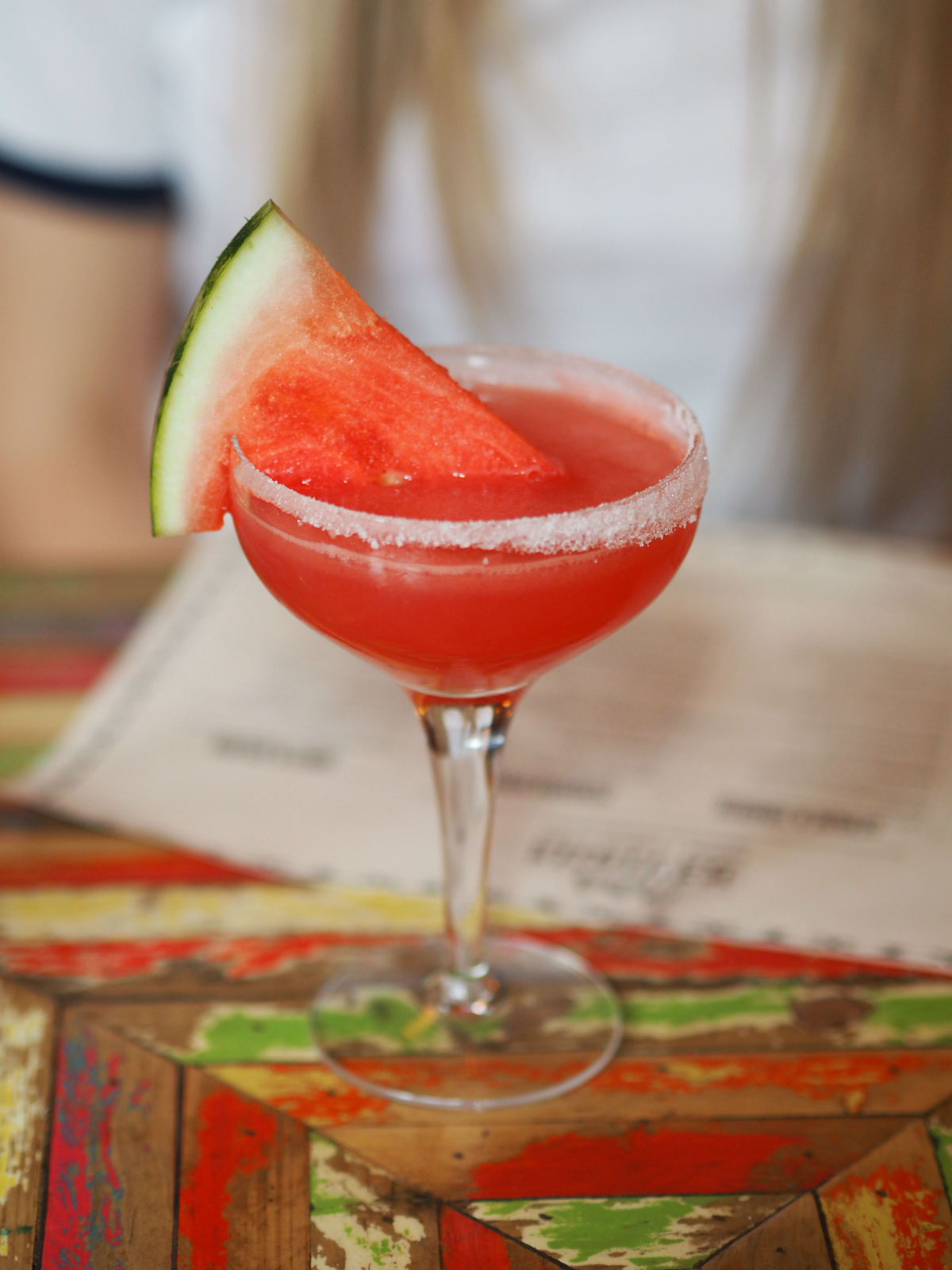 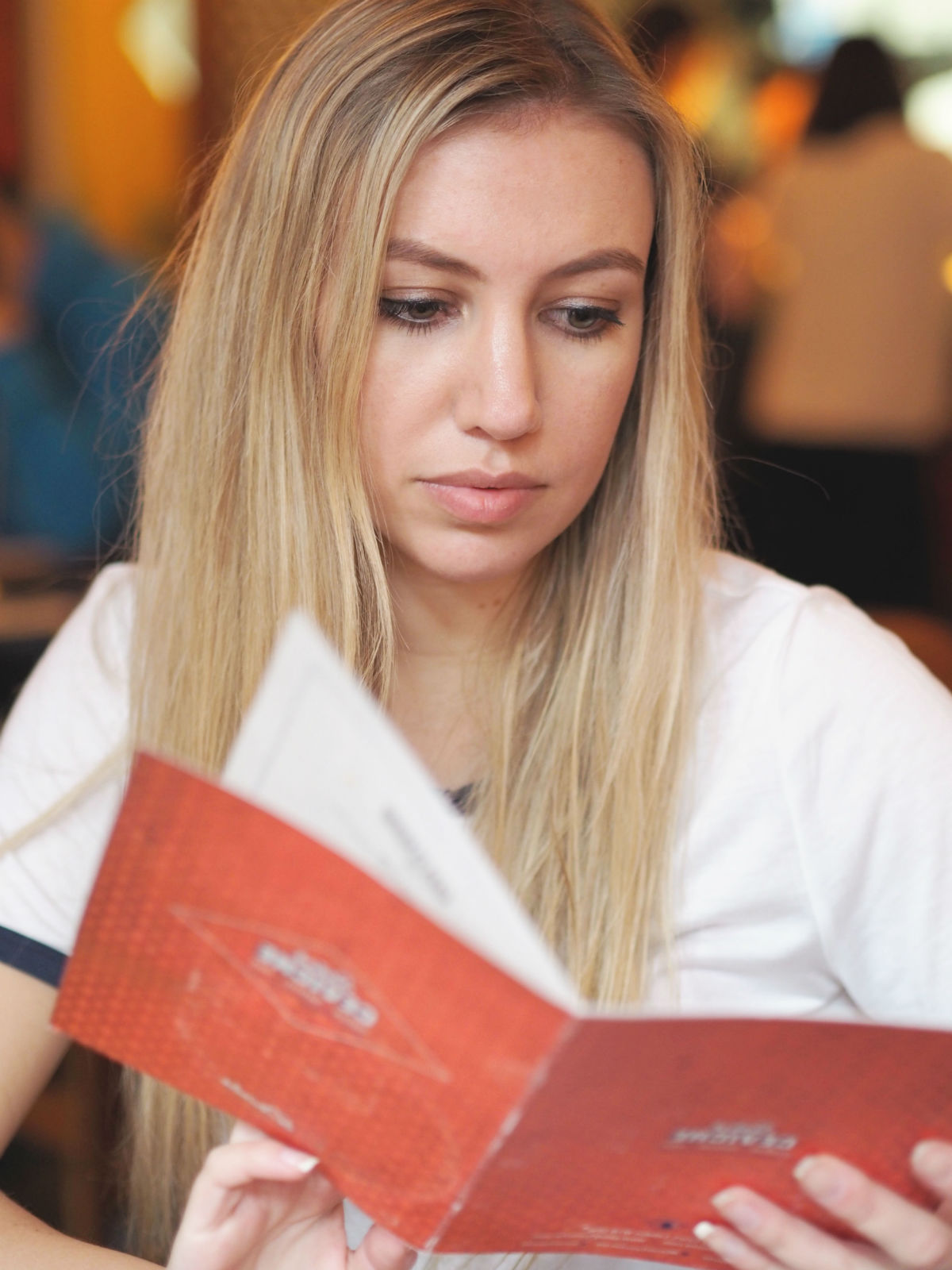 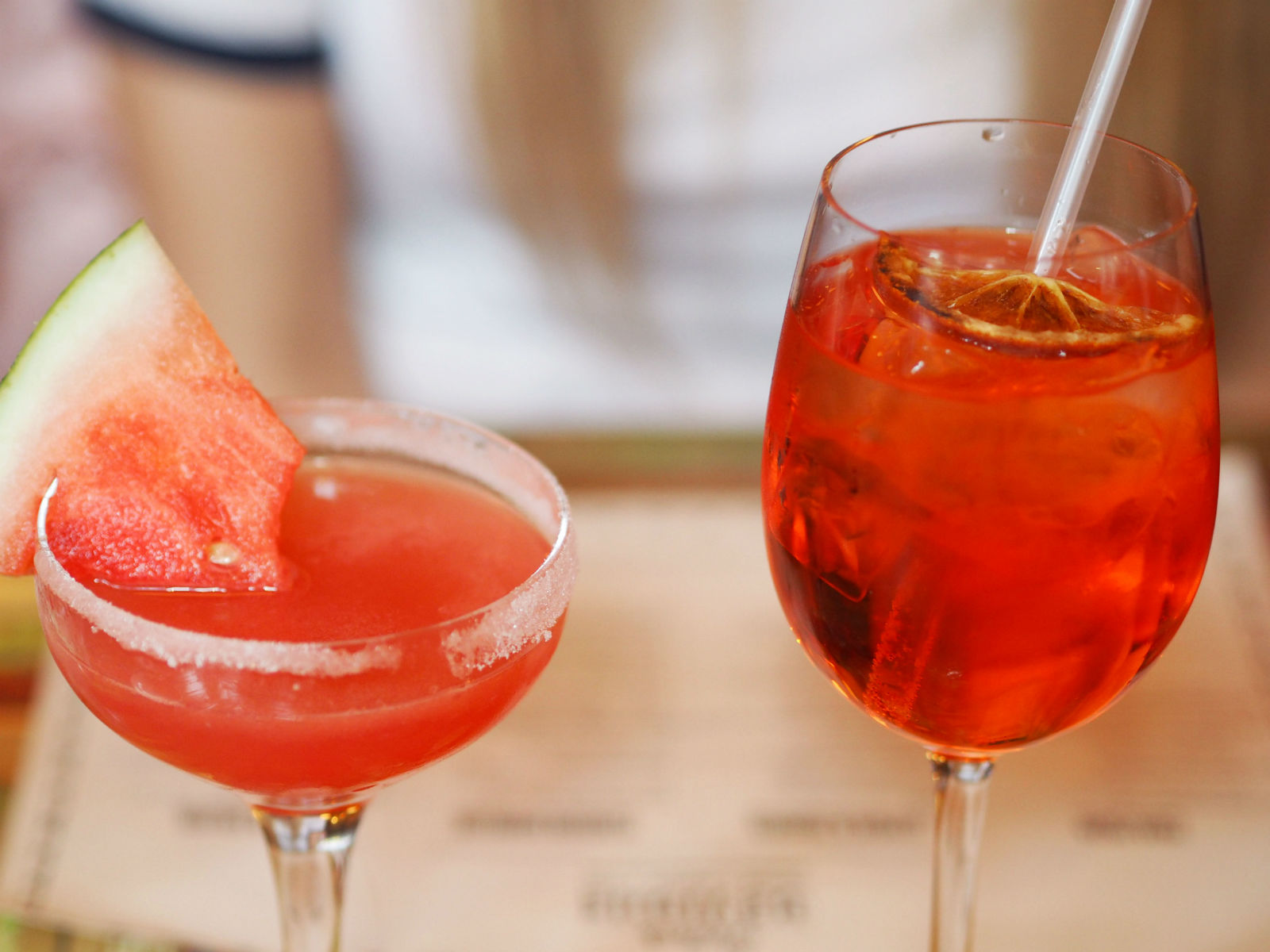 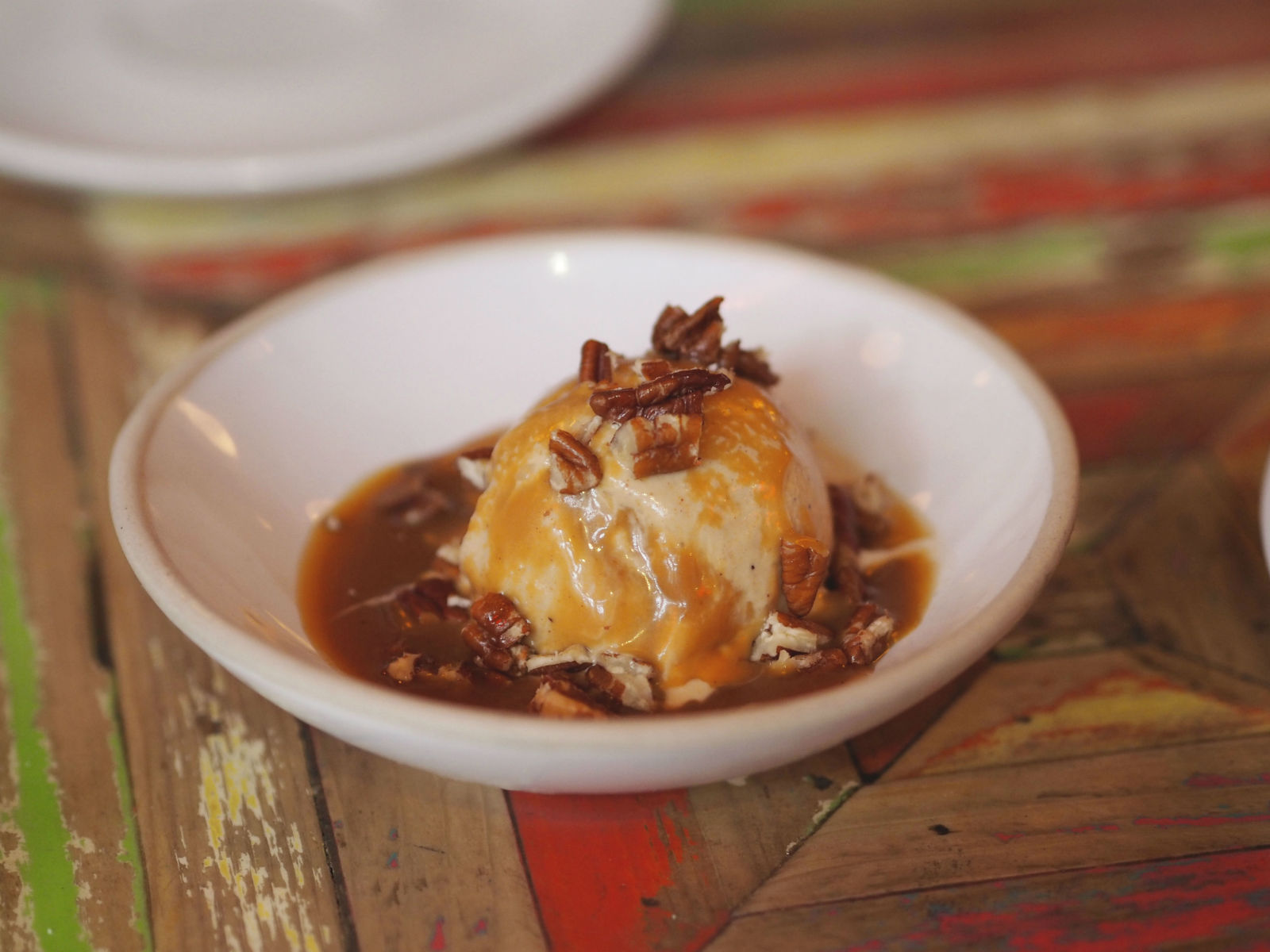 If you’re in the area, or even if you’re not (and fancy making a day of visiting the bars and restaurants in Kingly Court – also featured is the renowned Pizza Pilgrims), then I’d definitely recommend heading on over. It feels like a real hidden gem, despite the central location. And did I mention, Peruvian food is incredible!

Have you ever visited Señor Ceviche or tried Peruvian food? What did you think? 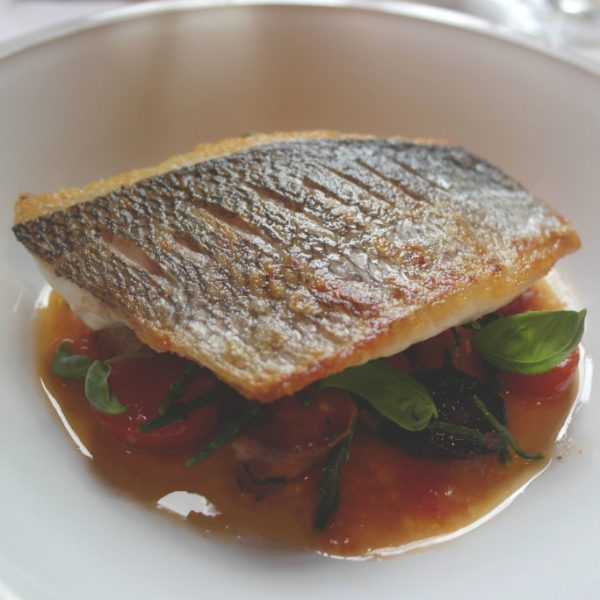 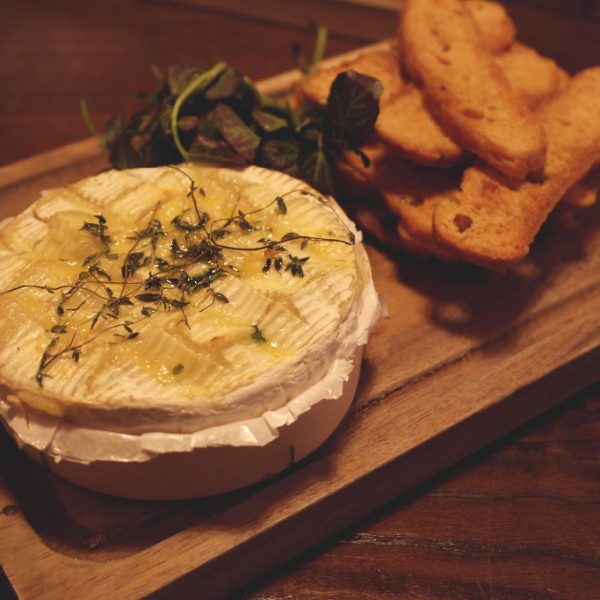 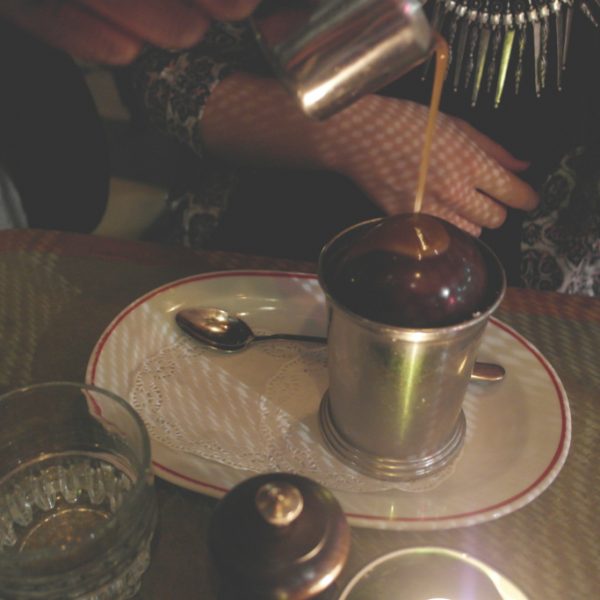