Having suffered with IBS symptoms from the age of 14, I know full well how horrid a condition it really is. Although some suffer more mildly than others, it’s a debilitating syndrome with no specific cure or plan in place to ease the burden of the symptoms that can impede on daily life without any empathy.

Although I’ve posted an update fairly recently about how the condition was affecting me (having had the worst bout I’ve ever suffered with), the presence of IBS Awareness Month this April has persuaded me to be even more open about how I manage and deal with it on a daily basis. Despite it being slightly overwhelming at first (considering only my family knew and I was very secretive about having the condition), writing and talking about it is surprisingly therapeutic and for me, it’s somewhat eliminated the isolation that I used to feel when I suffered the most.

The more common symptoms of IBS, such as diarrhoea, bloating, nausea, constipation, abdominal pains and tiredness are embarrassing enough, so having to hide and disguise what you have is absolutely exhausting and can make you feel very alone. I know at my worst, I have cried myself to sleep wondering why on earth I was burdened with a condition I wouldn’t wish on my enemy, even though to a non-sufferers’ perspective – the symptoms might seem trivial at best.

As someone who is a little reluctant to take any of the prescribed medications (as they’ve previously made my symptoms worse), I try and find the most natural but effective means of treatment. And the one thing I have found effective is Symprove, which I’ve spoken about previously in my IBS diary series here.

A probiotic taken before breakfast on a daily basis, the way Symprove works is best described by their slogan ‘Arrive, Survive and Thrive’, meaning that once it arrives in your system, it actually survives the harsh conditions of your stomach and flourishes where required in the gut – unlike many other popular formulations.

Although probiotics and their counterparts are a common ‘treatment’ for IBS, Symprove is different in the sense that it contains live goodness ready to nourish the gut rather than in capsule form – which often doesn’t reach the right place at the right time. I have found that after taking a batch of long-term antibiotics (and suffering the consequences with my IBS symptoms) – Symprove really helped to restore balance and much needed normality in my routine. 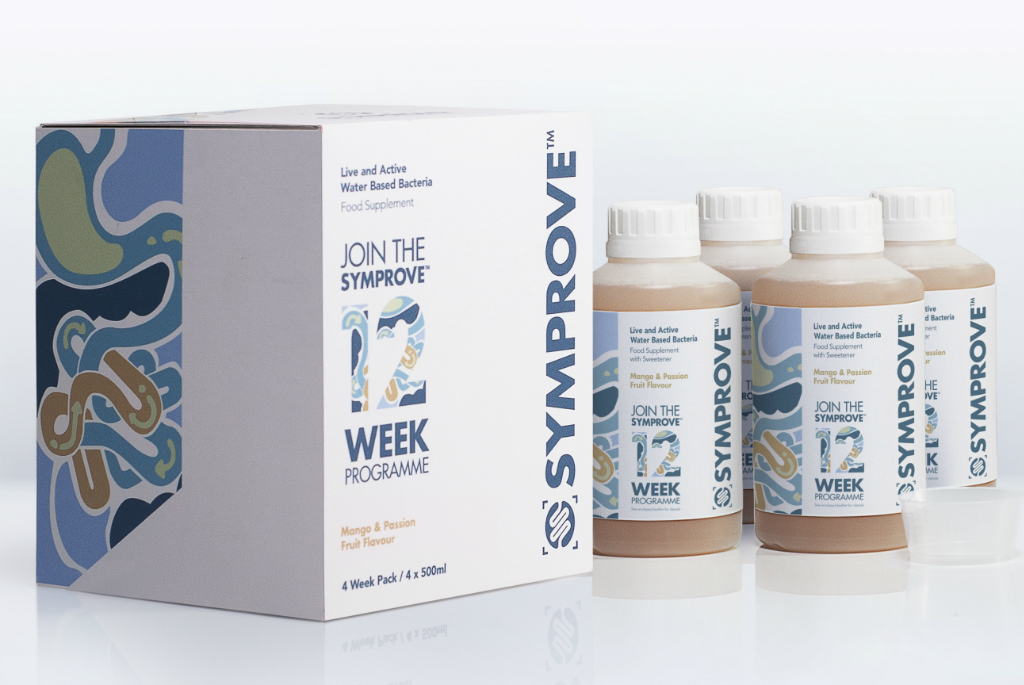 Taken over a 12-week period (to build up enough goodness to have completely restored your gut), Symprove re-balances your gut flora and for me – overhauled my symptoms entirely. My IBS never disappeared but it became far more blurred into the background, rather than taking over my life which was incredible for me.

I’m now on my second 12-week programme, a year later – having taken antibiotics several months ago and taking a few backward steps. I’ve found in times of absolute chaos for me (stress-wise) it has been a lifesaver in minimizing the symptoms as much as humanly possible.

At just over £158 for the recommended 12-week supply, it is fairly expensive – however I personally can’t put a price on my health and I’d be more than happy to give up some of my luxuries for a few weeks to save up enough.  I’m sure anyone with IBS can vouch for the fact that you’ll try anything to ease the symptoms off and regain some sort of control. Symprove definitely gave that to me and so it was worth every penny.

To raise awareness once again and to open up the platform to those who might be suffering with IBS also – I have teamed up with Symprove to offer a full 12-week programme free of charge to one reader. Everyone with IBS is different and perhaps you won’t have the same results I did (maybe you’ll have better results) however I think everything is worth a try – because I know how horrid it is to wake up early every morning to allow time for numerous bathroom trips, so if this helps just one – it will so be worth it!

To enter, please use the widget below. It will allow you to enter once per day, through a number of different options. If you have any trouble using the facility please do leave me a comment and we can arrange for another method of entry. The giveaway will be open from one month, commencing today and the winner will be chosen at random from all eligible entries.

On a similar note, if you feel isolated by IBS – Symprove have a very friendly (private) Facebook community available for anyone to join, discussing issues facing sufferers in a frank manner (which is often so therapeutic). If you’d like to join, you can do so by clicking here.