After posting about about my experience at Kaliyoga last year, I’ve had a surprising influx of intrigued messages asking what a ‘yoga retreat’ actually involves. They’ve included…

Do I have to go with someone else?

Do I have to be a super fit, flexible and twice-weekly class yogi?

Will I get hungry?

Or will I have to sneak in food?

And after returning from another Kaliyoga retreat last month – hosted in a gorgeous traditional local Trullo style farmhouse in Martina Franca, Puglia – I figured I’d dispel some of those myths in this post.

Myth 1: “But wouldn’t I have to be a yoga pro, love yoga and be super-fit to enjoy it?“

I think the most common myth with regards to yoga retreats is that you have to be some kind of fitness buff who has mastered a head-stand and can contort their body into a crab from standing. I’ve never been able to do either, nor am I super fit (or even fit) and yet the yoga for me, was enjoyable, relaxing and a workout, all in one. I can’t speak for all yoga retreats, but certainly at Kaliyoga Italy and Kaliyoga Spain, there is far less snobbery when it comes to yoga. They make it inclusive, accessible and take the time to ensure you are getting the most from each session.

The day begins with a two-hour session of morning yoga, which is a little more intense than the two-hour evening session, but by no means not do-able. It mainly consists of a series of sun salutations (flowing movement with stretches and positions that work on your core strength) and slow stretches. It never feels too strenuous – although you are encouraged to make an active choice (rather than a reaction) if you’re finding it too tough.

The yoga at Kaliyoga is very much in keeping with the ethos of the entire retreat, which is welcoming, at your own pace – and without judgement. The smaller class sizes mean that your yoga instructor (who is with you for the whole week) can work with you to ensure you are getting the most from the sessions. There’s no need to feel nervous if you’re a beginner, because the classes are perfect for all abilities and tailored towards the group of people in the class.

Your yoga instructor for the week plays an integral part of your Kaliyoga experience, as you spend over four hours a day with them – and you begin to develop a real sense of trust with them, as they take you through guided meditations, yoga sessions and stretches. Our yoga instructor for the week was the incredibly kind, talented and soothing Lauren Wilkes, who put her own unique spin on the classes. From the outset, it was clear she really cared about those she was teaching and she went out of her way to make sure we were all enjoying the classes and finding them beneficial. She took us through a variety of different yoga practices, from the traditional to the ‘Yin Yoga’, to another form of yoga that puts you in a semi-hypnotic state. It worked so well on me, I fell asleep with my leg wrapped around a yoga bolster and had to be woken up once everyone had left the class.

Overall, the message is NOT to be worried if you’re not an expert, because Kaliyoga can be enjoyed by anyone and everyone, regardless of their experience or knowledge. I think yoga has a little bit of a bad rep for being quite snobby and intimidating (perhaps that was just my experience) but Kaliyoga changed that perception for me and I’ve been looking into starting a regular yoga class now that I’m back home. At the very core, ‘Yoga is an old discipline from India. It is both spiritual and physical. Yoga uses breathing techniques, exercise and meditation. It helps to improve health and happiness.’ It shouldn’t feel daunting or overwhelming – and you certainly won’t be feeling this way after your first class at Kaliyoga.

We are social creatures and so it’s normal for us to plan travel and experiences with other people. Often they say it’s not where you go, but who you travel with, that really makes a trip. And for the most part, I agree. However I’ve also had some really memorable and fulfilling experiences by spontaneously booking a trip somewhere I’ve always wanted to go, on my own. It’s slightly terrifying at first but the freedom of knowing you won’t have to bring someone else on board – and you can plan your every own adventure, is something I’d recommend everyone tries at least once in their lifetime.

I’ve had several messages from people eager to go on a yoga retreat but worried as they can’t convince anyone else to go with them. At Kaliyoga, I’d say around half the guests attend on their own. This time around, I brought my mum along with me – but the first time around, I was on my own – and part of the experience was meeting a group of people who are total strangers, who you’re going to spend a potentially very restorative, transformative, emotional and powerful journey with. It’s empowering to hear each individual persons journey – however open or closed they decide they’d like to be – and bring your energy together as a group to reconnect with ourselves.

The Kaliyoga team are your extended family for the week – and are on hand to offer advice, guidance or even just be around for a little chat. Everyone is incredibly welcoming and generous with their time and there are usually a team of 3 + volunteers at the retreat who are involved in the yoga sessions, but also in preparing your food, activities and non-alcoholic aperitifs before dinner.

Myth 3: “I love my food and couldn’t possibly give up caffeine and meat for the week. I’d get so hungry!”

As I knew how incredible the food was after being treated to the most gorgeous, nutritious and wholesome food while I was at Kaliyoga Spain, I wasn’t concerned in the slightest about being hungry or feeling deprived. But I know to the outsider, the tags ‘no dairy’, ‘no meat’, ‘no alcohol’, ‘no coffee’, ‘no gluten’ might sound rather daunting. My mum, who hadn’t previously been to a retreat, brought a bag of snacks along, under the impression that she’d feel hungry and exhausted with so many ‘NO’s’ on the list. I reassured her that she needn’t worry – and upon arrival, the food spoke for itself.

While I would encourage an open mind if you’re not accustomed to this way of eating, your eyes will widen at the array of delights on offer – some items of which you may have never even heard of before. Alessandra the chef during our stay is a raw food guru and whips up magical creations using vegetables, fruits and gluten free grains. Her amazing ‘magic bread’ (no flour) is truly life-changing and I’ve been making it myself now that I’m back home.

On two occasions during the week, there is a three-course-meal, complete with delicious raw brownie desserts – however for the remainder of the week, a light supper is served – a vast buffet with an array of colourful, nutritious salads, vegetable concoctions and rice dishes. For each meal, a board is written up, outlining exactly what each dish is, just in case you fancy some inspiration for once you get back home. I’ve included a couple of my favourite meals here – but this was just a small sample of what we had at Kaliyoga.

Everyone attending the retreat is looking to gain something different from their time there. Perhaps they’ve just come out of a difficult relationship. Perhaps they are grieving. Maybe they have a very stressful job and are looking to unwind. Maybe they are a naturally highly strung person and want to find ways to decompress. But the thing that everyone has in common is that they will be following the same itinerary for the duration for the week. And naturally this brings everyone together. You bond with your group (which can be anything up to 13 people) over the new flavours you’re trying at supper. The stretches you’ve never done before. The gorgeous surroundings.

But at the same time, you also don’t NEED to relate to anyone else, because your time spent at the retreat is about connecting back in with YOU. In the morning, before and during yoga, you are encouraged to take part in the daily silence. So for a couple of hours, you are mixing with other people, engaging in meditation and yoga and eating brunch, without feeling the need to converse or communicate. It’s actually quite refreshing. When you remove the pretence of having to be polite or accommodate other’s small talk, you can just be.

Jonji and Rosie, the owners of the retreat – who I had the pleasure of meeting during my last visit to Kaliyoga – have done an incredible job at creating a really unique, inviting and ‘safe’ environment, where you can feel at home – but in surroundings most appropriate for healing, in whichever form that may be.

I’ll be honest with you, before my first yoga retreat last year – I didn’t know what to expect, so I had natural cynicism and preconceived ideas about what it would be like. I am very lucky that I often get my expenses paid for unique trips and experiences that are outside of my usual remit, so I feel I’m able to try them out and provide honest feedback on what they entail. My personal policy is to say yes to every experience, even if it’s outside of my comfort zone – because you never know, until you try – as they so wisely say.

I didn’t think the yoga retreat would be a waste of time, but before arriving, I didn’t know what I’d ‘get’ from it. I thought at best, perhaps I’d receive a renewed understanding of ‘eating to make my body happy’ and a couple of hours to switch off from work. But I didn’t appreciate how restorative taking yourself away from your routine and choosing to reflect on what’s going on inside your head, is. It’s something I truly believe should be compulsory (if that would even ever be possible) because we live in a world so cluttered, so busy and so fast-paced, that we rarely venture into the unchartered territory of our minds. We feel uncomfortable just ‘being’, we always have to be ‘doing’. And while we feel the pressure to constantly be productive, we neglect listening to our body, our mind and our inner needs. Often when you feel anxious, frustrated, neglected and sad, it’s because our basic needs aren’t being met. Those needs could be acceptance, love, support, warmth, affection, independence, power, space, clarity, health, hope, growth, honesty, integrity, self-acceptance. They could be an abundance of things. But it’s unlikely you’ll find out if you don’t take the time to open your mind and ask it.

So rather than it being a waste of time, it is a very wise activity to put your finite time and energy towards. We rarely give ourselves that time, space and thought. And while initially, the time spent in your own head might feel uncomfortable, in doing so, things naturally pop to the forefront of your mind that you may have been subconsciously suppressing. Kaliyoga offers a really nurturing, welcoming and judgement-free space for you to spend your time with yourself and opening up to what it is you need, want and cherish.

Have you ever considered a yoga retreat?

Did you read my last post 6 Things I Learned On A Yoga Retreat? 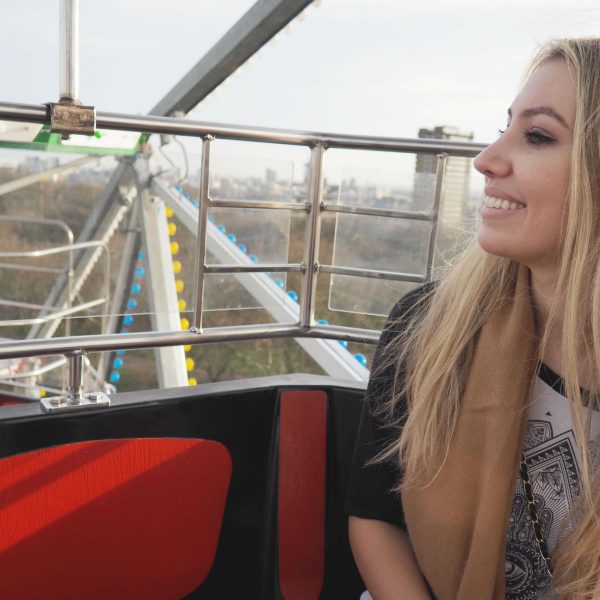 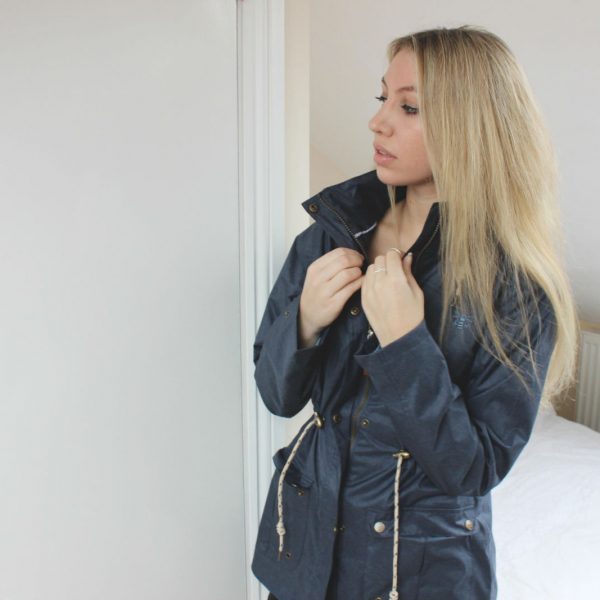