In my 24 years on this planet, it’s fair to say that I’ve had my share of friendships.

The good, the bad and the ugly.

And I quickly realised that there’s no one-size-fits-all approach.

Each friendship brings a host of new experiences, issues and highlights.

So to celebrate all the friendships in my life – old and new, I thought I’d put together a good ol’ list to showcase what I’ve learned along the way.

And accompanying each point, is a gorgeous picture from the Galentine’s Brunch that Fern and Lelanie organised for us blogger girls a few weeks ago.

You know, just to prove I do have SOME friends. 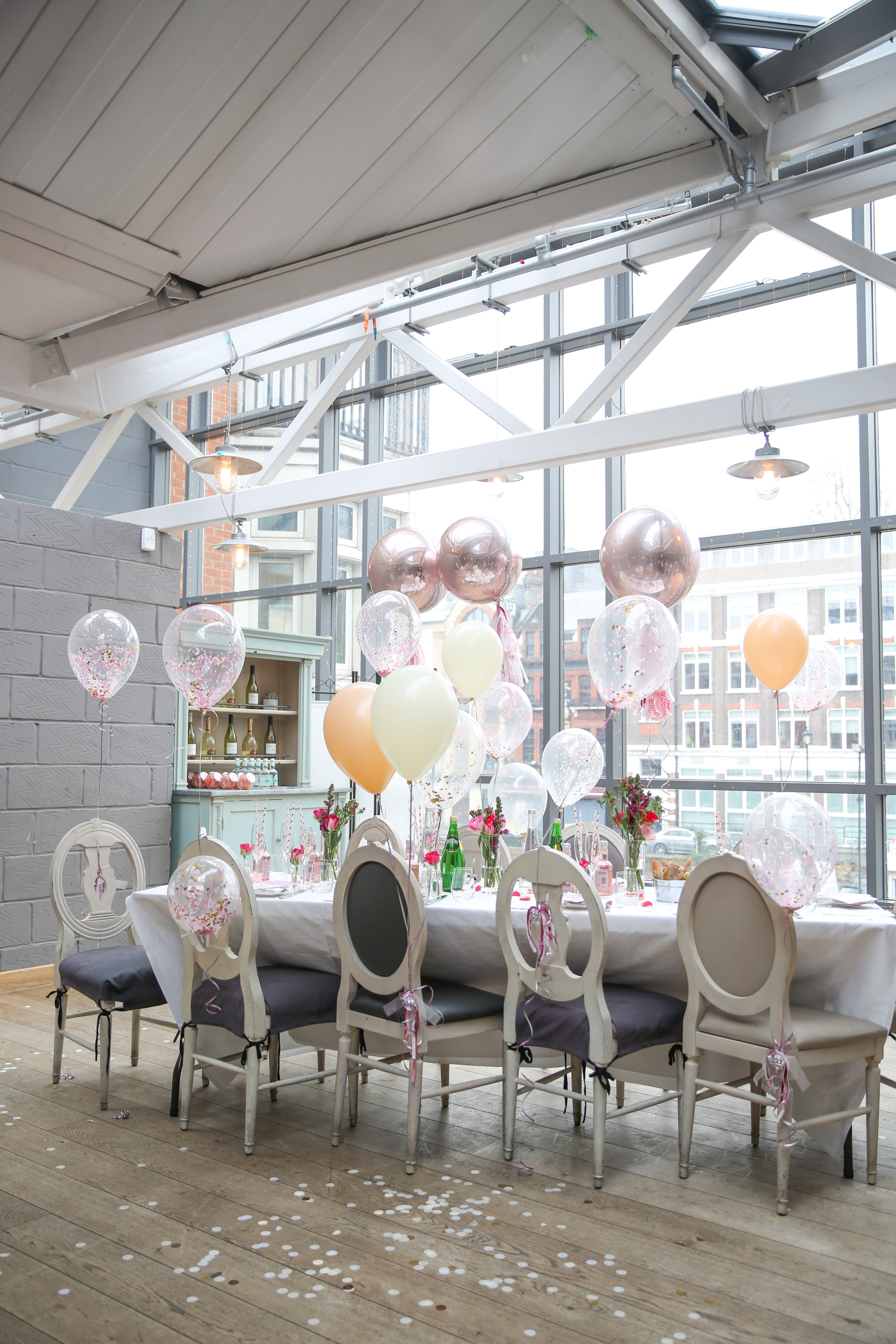 Like I said above, unless you find a rare ‘friend’ gem who fits into your life and fills every part of it, then friends will tend to fall into different categories and support you in different ways.

You’ll have Sarah who is a complete hoot and can make you cry laugh within minutes of seeing her, you’ll have Sally who knows everything about everyone and fills you in on all the things you don’t pick up on, you’ll have Susan from work who reciprocates your eye rolls in meetings and is there to share work woes over a sandwich with.

Then you’ll have Barbara who is your go-to for advice, Beatrice who is your ultimate organised travel buddy and then Bella who shares your love of music and inspires you to venture off to gigs and festivals.

Maybe your friends will fit into two or more categories, but I’m sure you get my gist.

You have different friends for different reasons and it’s quite nice that way.

Sometimes different friends bring out a different side to you – and some less serious friends perhaps aren’t the best people to turn to in an emotional crisis, whereas others are.

Having a bunch of wonderful people in your life who each offer their own unique qualities is one of the best ways to stay positive and ensure your friendships are fulfilling. 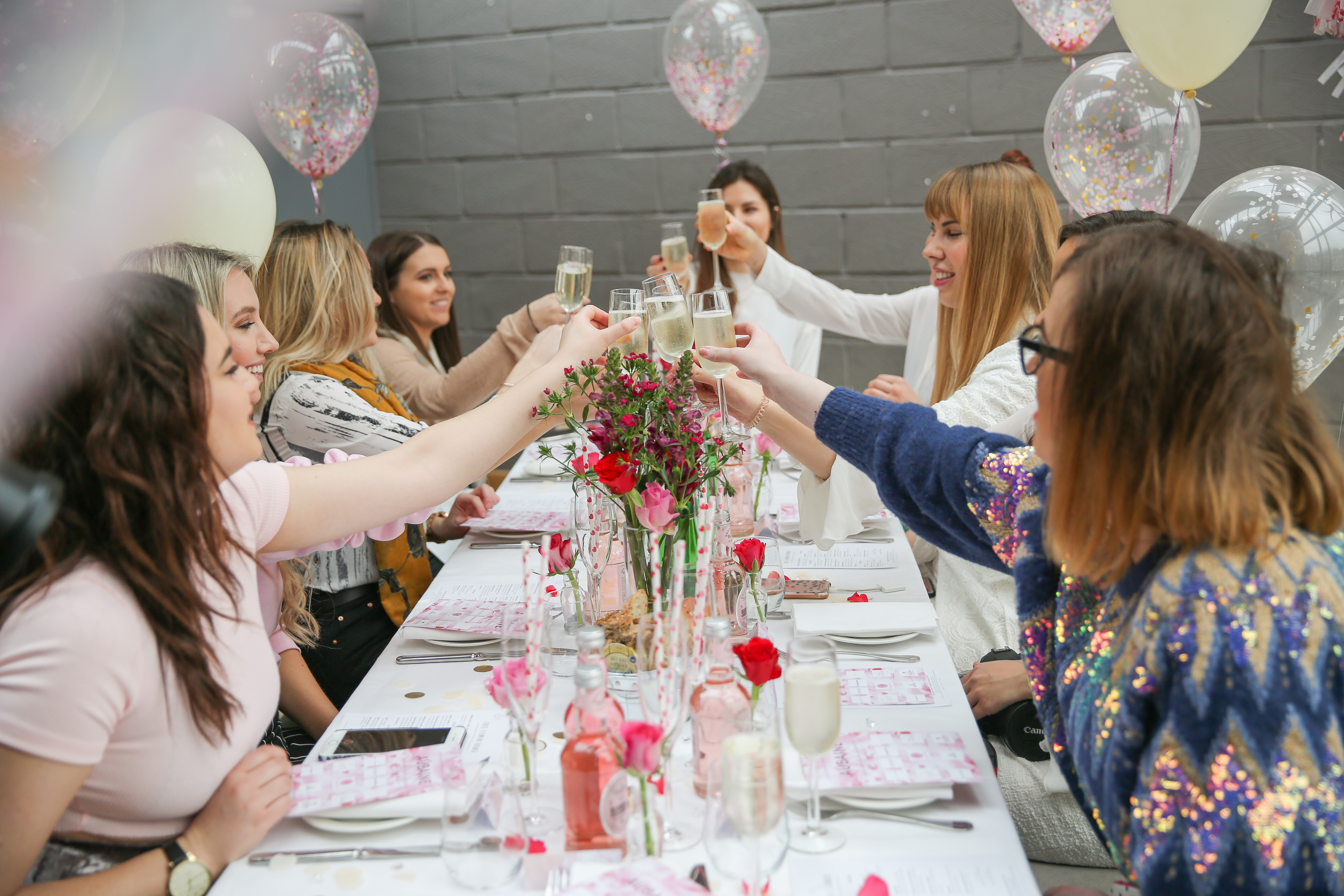 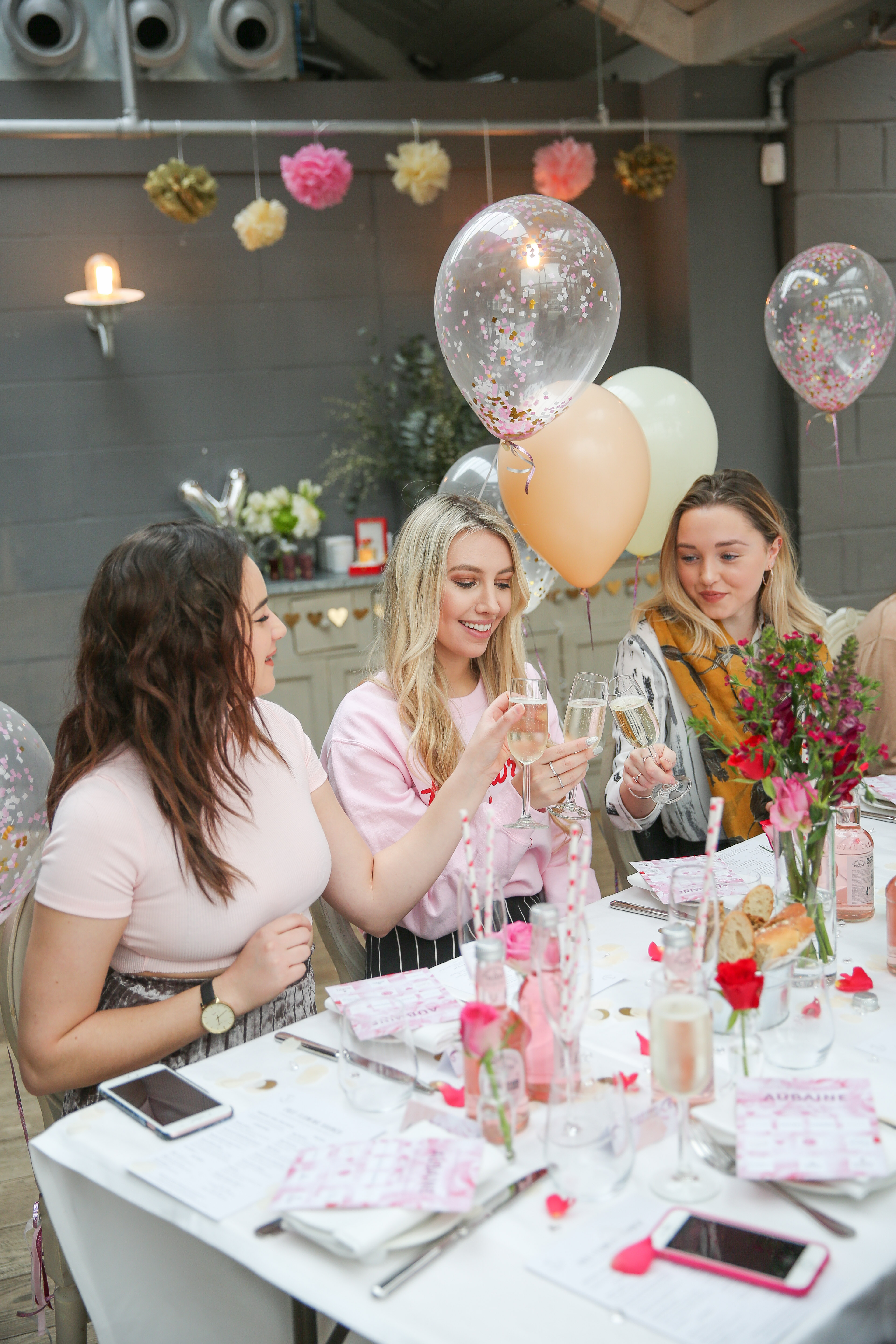 2. Not every friend will share your values. And that’s okay.

Obviously there are certain values that we’ll each look for as an ABSOLUTE in a friendship.

Just as we do a relationship.

For example, I personally wouldn’t indulge in a friendship with a person who was dishonest and unkind.

But in terms of values, religious, political, cultural, environmental etc.

Sometimes the values we uphold and that of which our friends uphold, can differ slightly.

It keeps things interesting – and makes us appreciate our differences.

Diversity is a good thing and I wouldn’t ever rule out a friendship just because a person doesn’t have the same political opinion as you.

Often in the past I’ve seen rather nasty messages on Twitter and Facebook expressing a particular opinion and bashing others that don’t agree.

I’m happy to say that many of my friends DO uphold the same values that I do, but there are others that don’t.

I respect their opinion, respect our differences and don’t let them overshadow the values we do share. 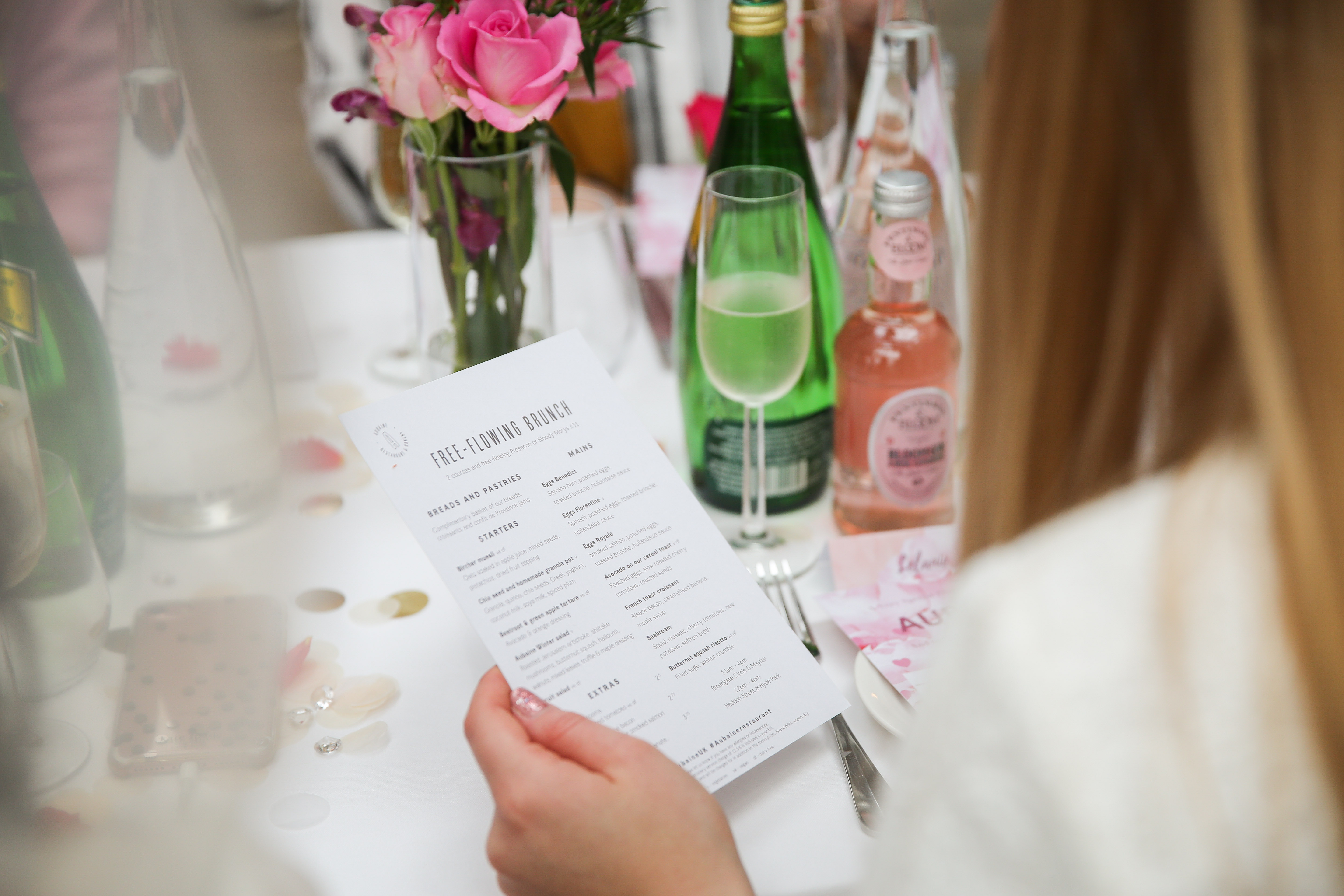 3. A friend sees your beauty

The blogging world is an incredible place and I can certainly credit it to having laid the foundations for some very long-standing friendships.

I think it’s easier to make friends with a fellow blogger, because you immediately have something in common and so 9 times out of 10, you hit it off immediately.

However in recent years (or months even), I’ve been burned a few times by people I thought were friends and who turned out to just value our ‘friendship’ as a business transaction.

I get it, blogging is business. Sometimes rivalry occurs. Sometimes people have to be ruthless to get ahead. However for me personally, I’m not interested in this kind of transactional friendship.

A work colleague in the office is different, because while there may one day be a promotion that you’re both up for – generally, you’re fighting for the same side.

In blogging, some people might see everyone as a business rival.

I’ve been quite upset in the past at how I might have been ‘ditched’ for a person with a higher following or more subscribers.

But now, I understand the difference between a blogging acquaintance and a blogging friend.

A friend sees your beauty, your value as an individual and doesn’t care for how many followers you have or don’t have.

For me, the following doesn’t even come into it. If they’re a lovely person, and we get on – let’s be friends! 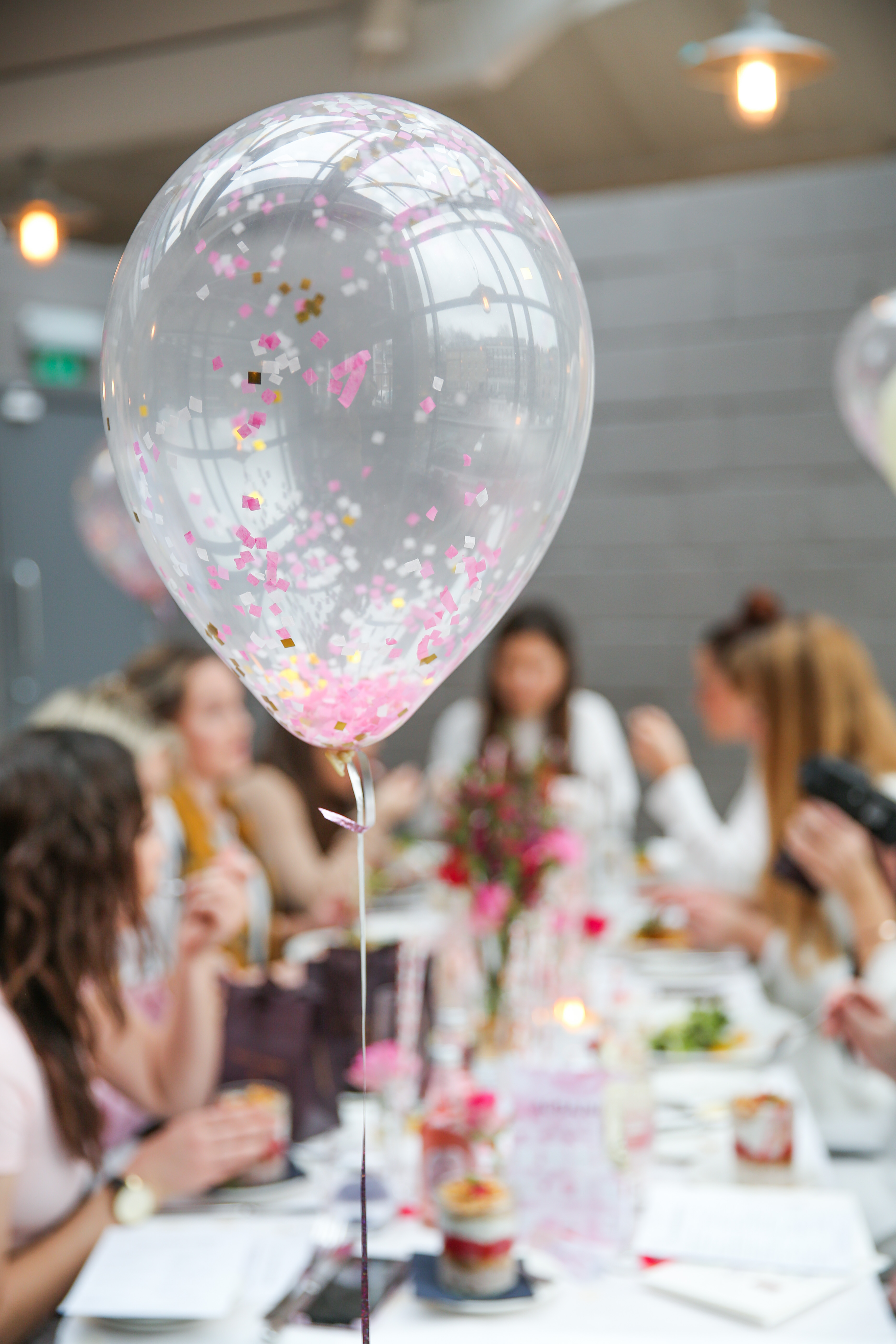 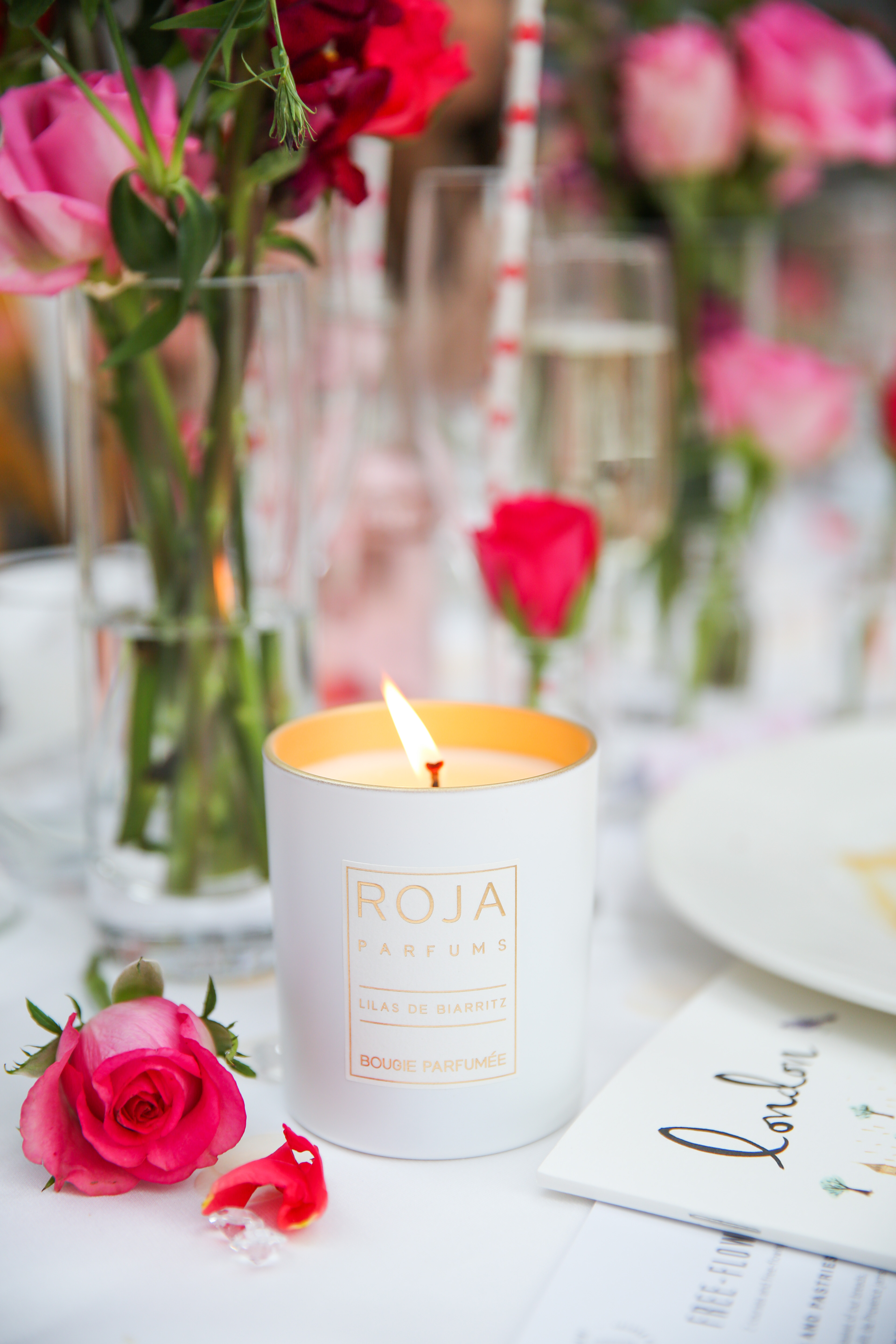 4. You don’t have to create a ‘friend’ hierarchy or give them labels.

In school, we categorised friendships with terms such as ‘best’, ‘close’ and ‘true’.

However personally, I think that creating a hierarchy of friendships only leads to disappointment.

I have a number of friends who one might deem as falling into the ‘best’ category.

They’ve been with me through a lot of different times in my life, have shown me how incredible and kind they are – and they are people I value greatly and LOVE having in my life.

But I think ‘best’ insinuates that all your other friendships fall below and aren’t as important. Or that you value them more.

I think we like to add labels to things as a force of habit but often that can put pressure and a strain on certain friendships.

So I prefer just to think of all my friends as wonderful, positive people who add to my life and inspire me in their own way. 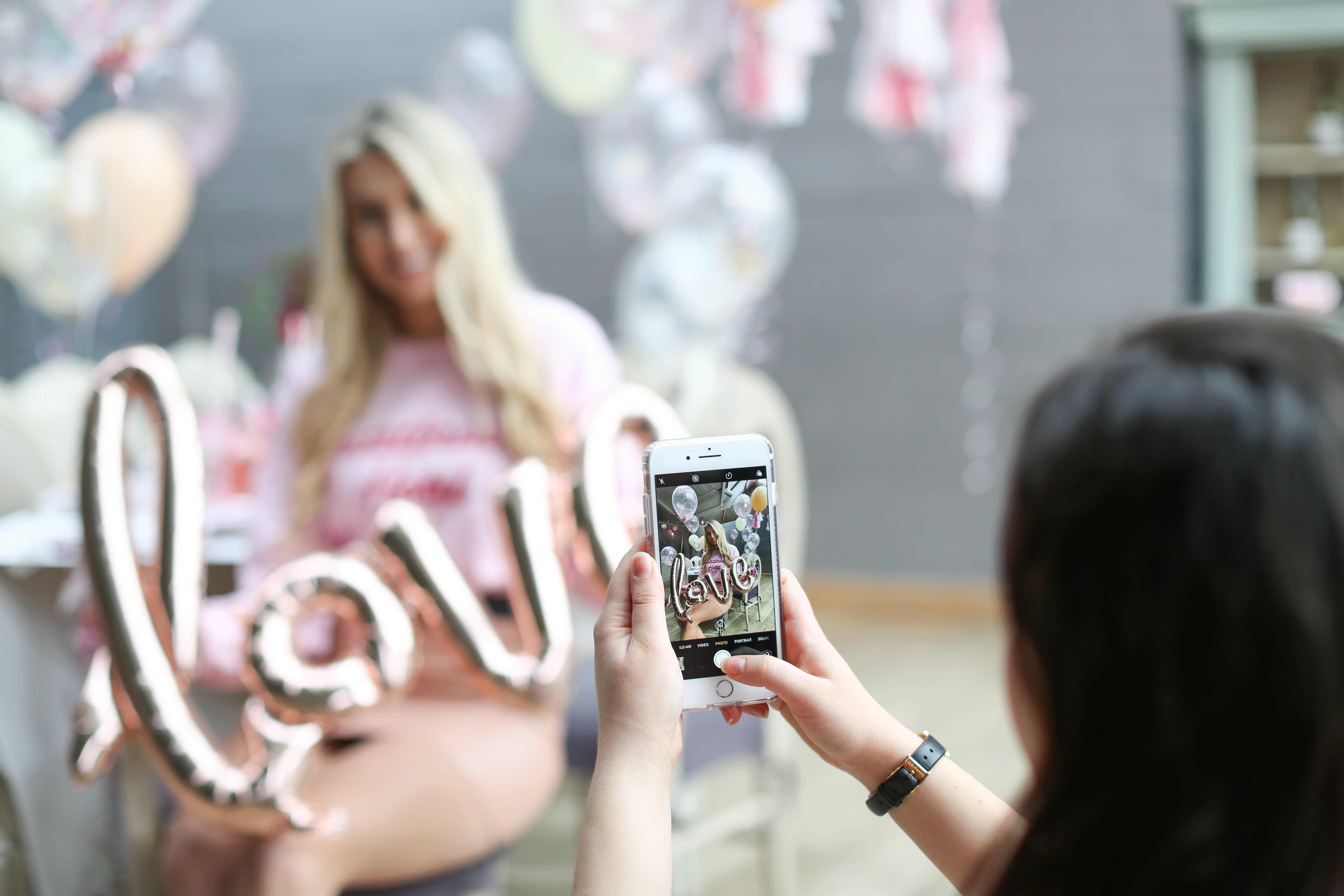 5. My favourite friends are those who you can pick up where you left off.

Speaking of pressure, I think we are conditioned from school-age to believe that strong friendships are those where you’re in one another’s pockets.

Or in other words, you see each other ALL the time.

Personally, I find these kind of friendships a bit suffocating.

I’m an extroverted introvert, so while I LOVE company, I also enjoy being on my own just as much.

I really like and NEED my own space and so at school I found it really difficult to keep ‘in’ with my friendship group because I wasn’t always at every single event.

I didn’t go to their houses after school every day (perhaps once a week, instead) and I often missed out on things, which would leave me a little behind on the ‘gossip’.

But as I’ve gotten older, I’ve realised that friendships don’t need to be suffocating.

Obviously some will be closer than others, but my favourite kind is where you can pick up with that friend right where you left off.

It may have been months without meeting face to face (or even years), but in both of your minds, it could have been yesterday by the rate at which you’re talking, laughing and crying. 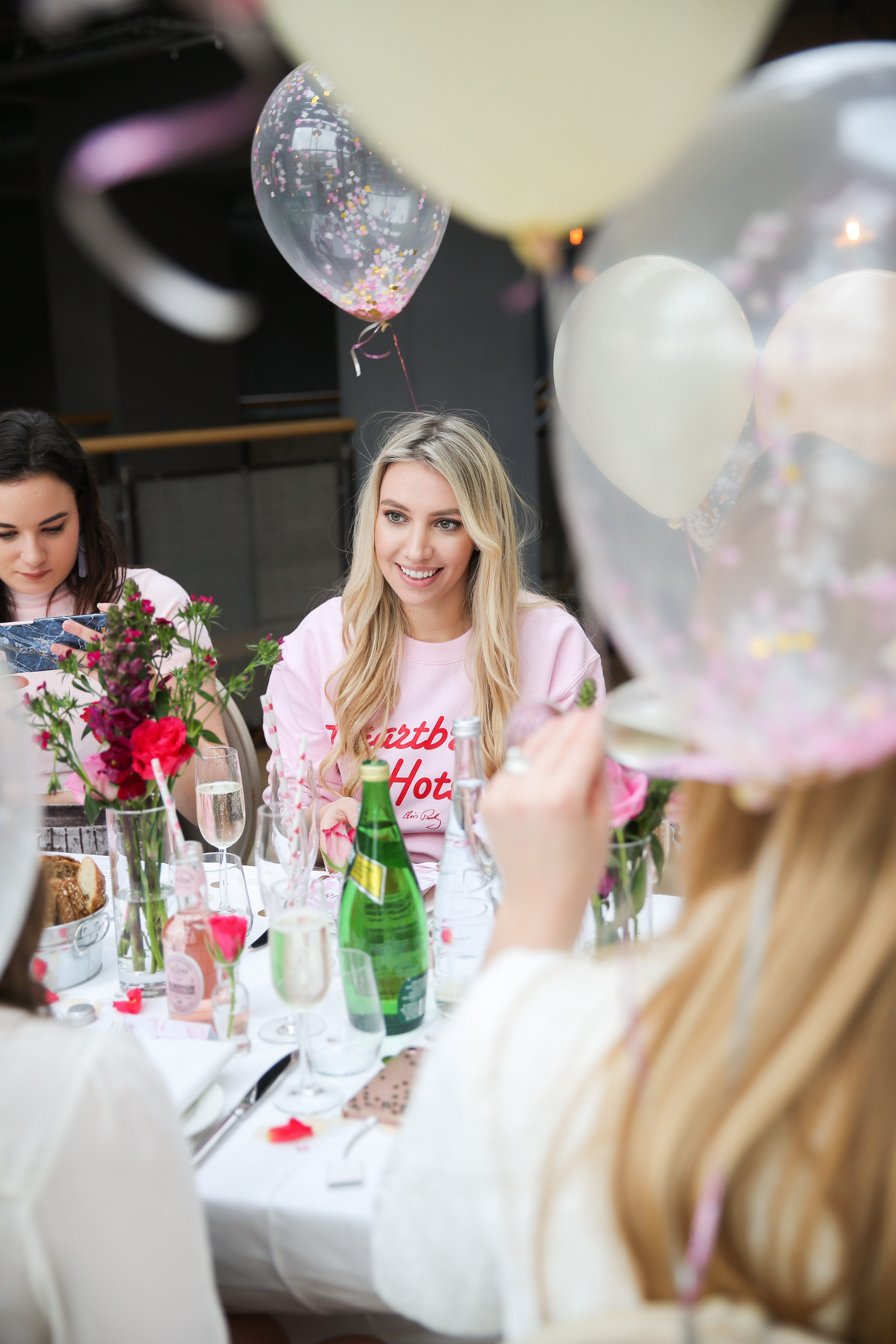 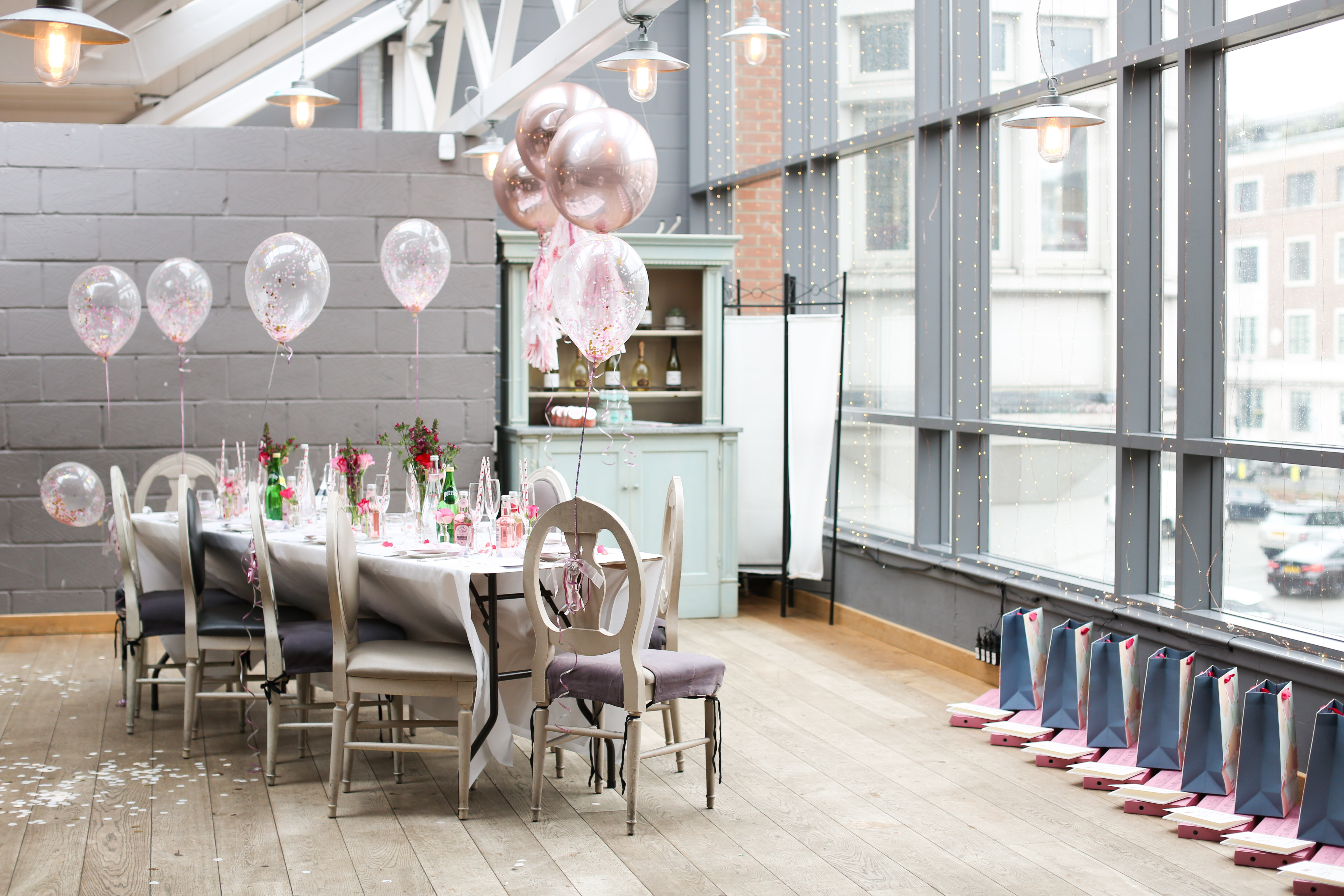 6. Friendship should be easy.

Again, following on from the above.

A healthy, positive friendship should be easy and effortless, rather than a struggle.

It should add to your life rather than detract from it.

And so in recent years I’ve been extremely strict at cutting out any toxic friendships, or those I think are taking away parts of my life, rather than adding something to it.

Life is too short to lose sleep over friendships that just aren’t working, are making you feel sad or undervalued.

And like a wise old person once said, there are plenty more fish (or friends) in the sea.

However in the same breath, try to give everyone a chance and don’t write them off too quickly if it’s a new friendship.

Sometimes miscommunications can happen and the most beautiful of friendships can blossom from a rocky beginning.

Just don’t make the mistake of forgiving the same person over and over if they’ve proven to be a difficult, unkind or negative ‘friend’.

If it costs your peace, it’s too expensive. 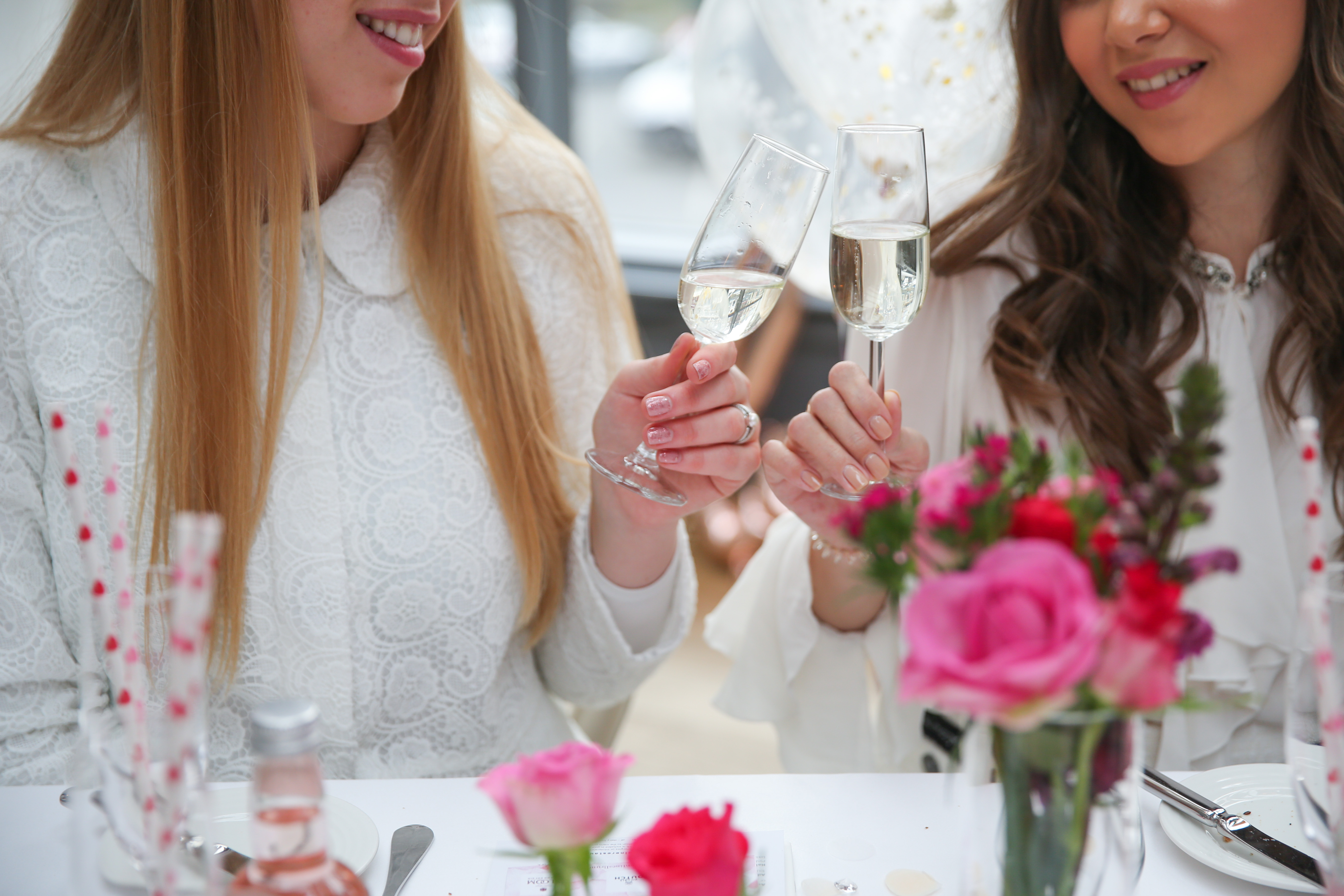 A few years ago, I underwent my own little experiment.

Because I was a bit fed up of constantly being the one doing the organising, the reaching out and the planning.

So I stopped reaching out to people and waited to see which of them would make the effort with me.

The answer was that around 1/4 of them, just didn’t bother getting in touch.

In fact, they still haven’t reached out to this day.

Which told me one thing. The friendship was one sided and all the effort was coming from me.

Really, this was more draining than I realised and it was almost a relief to have discovered those who DID genuinely make the effort with me.

A little effort, really does go a long way. If you value someone, reach out. Tell them. Organise something. Make sure it’s not always one sided. Make sure they know you appreciate them as a friend! 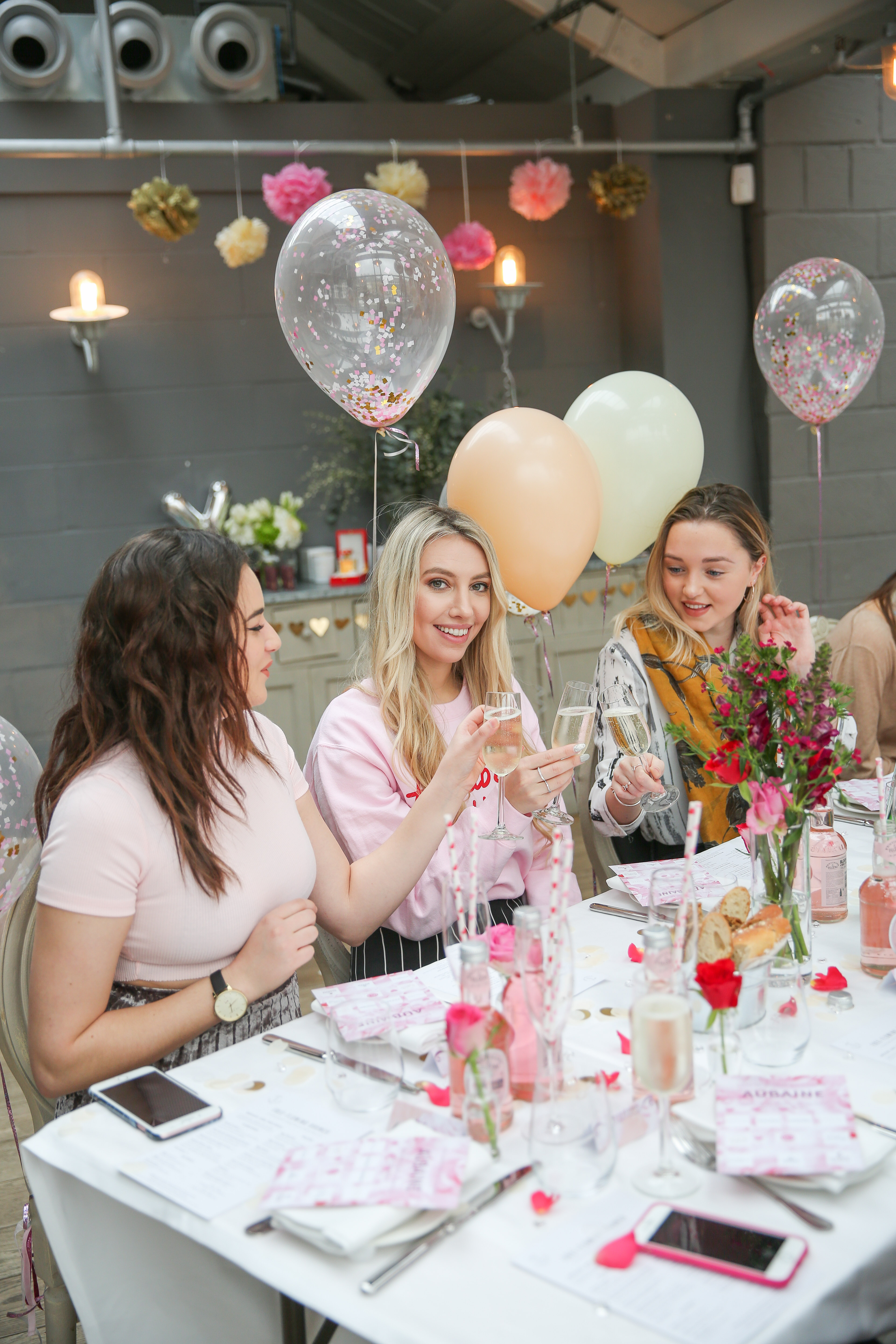 8. Treat others how you want to be treated.

I’ll never forget the day that I planned one of my first sleepovers with a few school friends.

I was beyond excited to be the hostess for the night and treat all my friends to the BEST sleepover I could possibly throw.

I headed down to The Body Shop, bought each of them a few small gifts (strawberry scented lip-balm and body spray are ESSENTIALS for a snazzy sleepover, don’t you know?).

I bought little goody bags for each of them, popped in the gifts. Stocked up on popcorn, sweeties, all the girly films and even splashed out on a new Groovy Chick fluffy pillow to really blow their socks off.

I was SO bloody excited for them all to see what I’d planned.

However when they arrived, they sneered at my gifts and took it in turns to pull things out of the bag and call them ‘babyish’.

They’d roll their eyes when I spoke, proclaim the film was something they’d seen a million times and was boring.

And one almost upped and left because there was no ‘cool’ alcohol. We were about 13. FYI.

My heart sunk and I felt absolutely defeated.

And I could have let that experience tarnish me forever. I could have chosen not to make an effort with friends.

But my motto has always been to treat others how I want to be treated.

With respect, kindness and love. 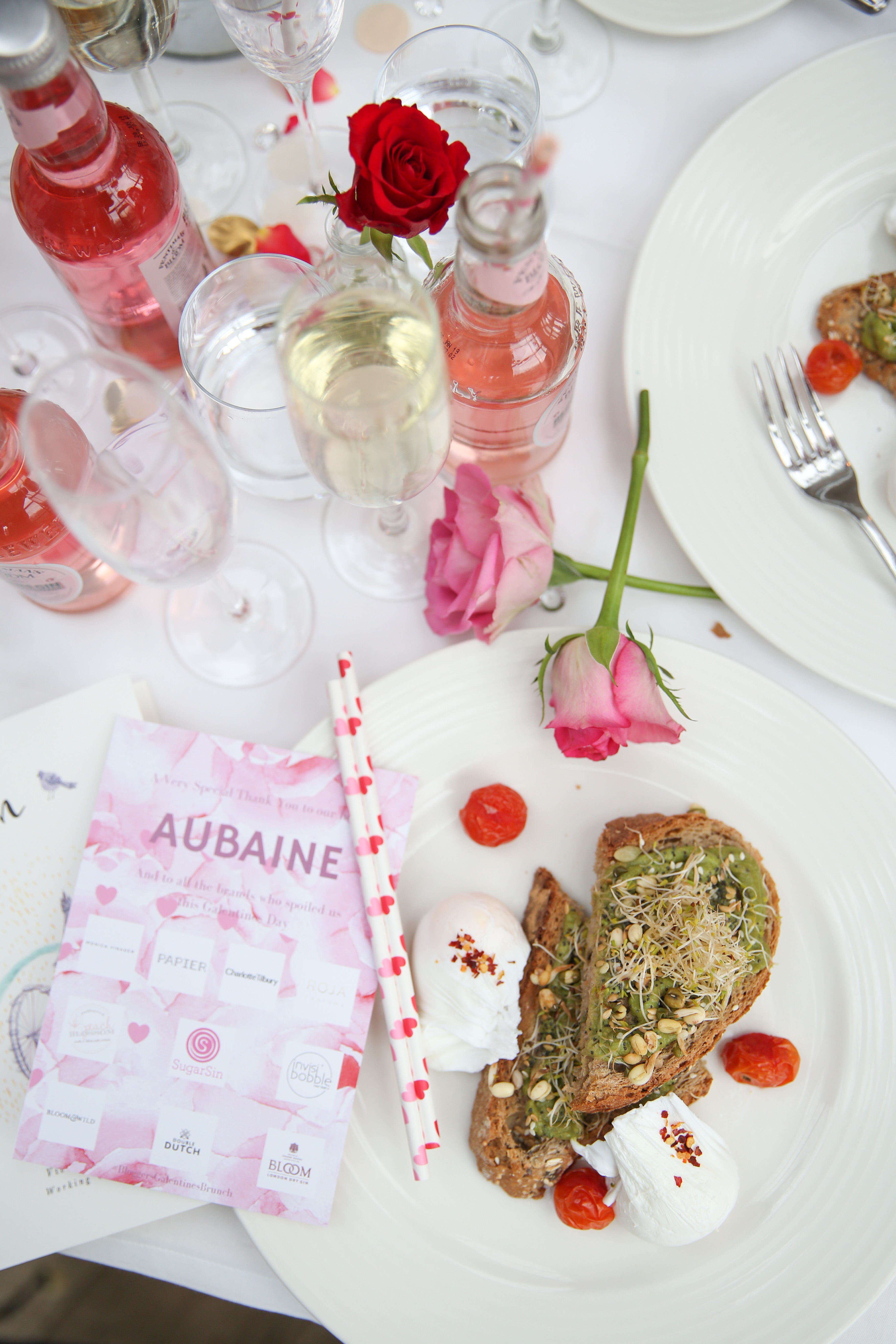 Now I’m not saying I want strawberry lip-balm or that I expect gifts around every corner.

I’ve definitely made some mistakes along the way but I’d like to hope I’d owned up and made up for all of them.

But I just think you can’t expect to be treated a certain way, if you aren’t treating people kindly too.

My other motto is also to never make anyone feel how those girls made me feel that night.

Girls can be really brutal. They can back-stab, bitch and be catty. But you don’t have to be one of them.

And if you’re still around at this sentence, you deserve a medal for reading to the end.

Do you have any stories, tips or advice around friendships? Would love to hear your thoughts! 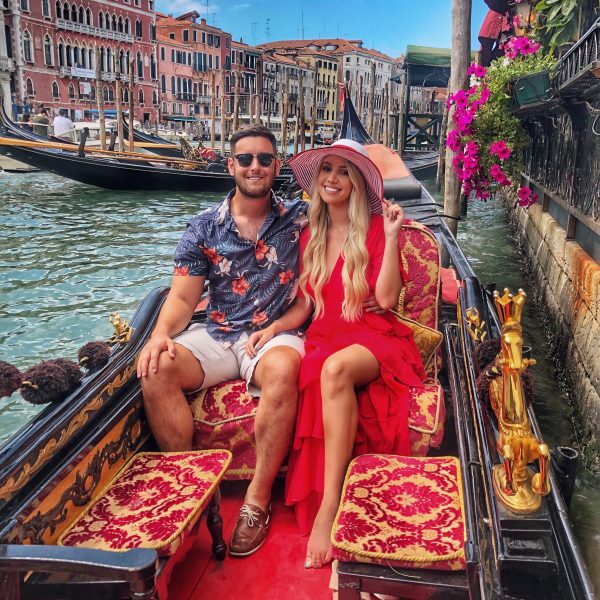 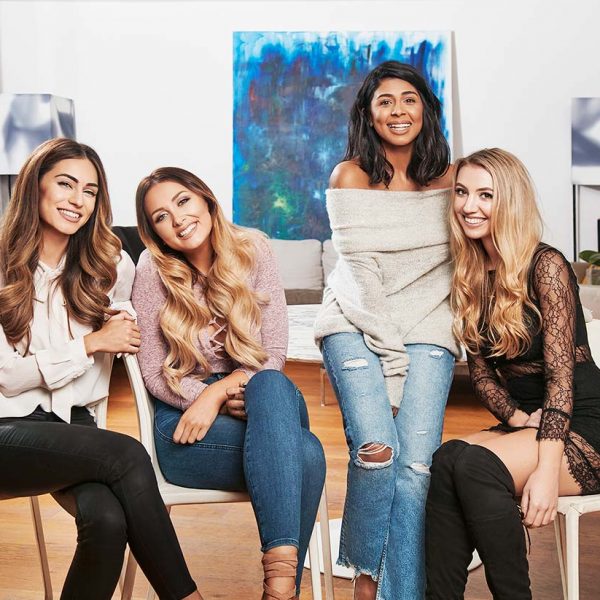