I’m not usually a fan of celebrity fragrances, as they tend to be fairly boring and generic. In my eyes, they are just another means of promoting the celebrity in question rather than providing a quality fragrance or product. However, after trying out the Rihanna Rebelle fragrance back in July and using it throughout the entire summer (it is honestly AMAZING), I have decided to be a little more open minded with regards to celebrity fragrances. No, they might not be designed and made exclusively by the celebrity themselves – but some of the fragrances are surprisingly good, so this week I’m trialling Cher Lloyds new fragrance and Lady Gaga’s new fragrance also. 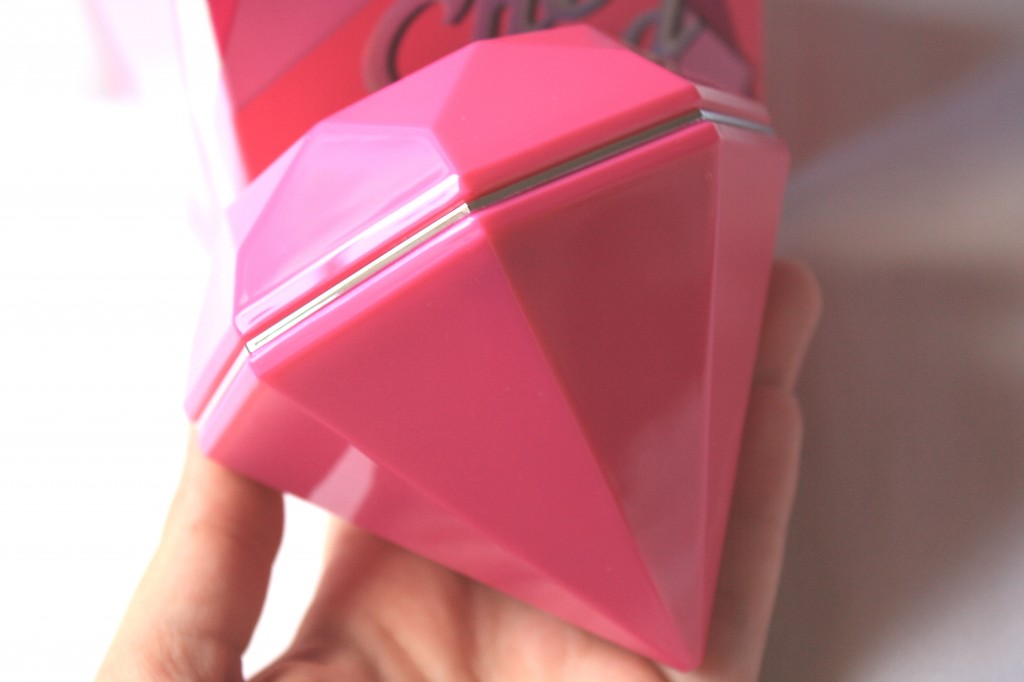 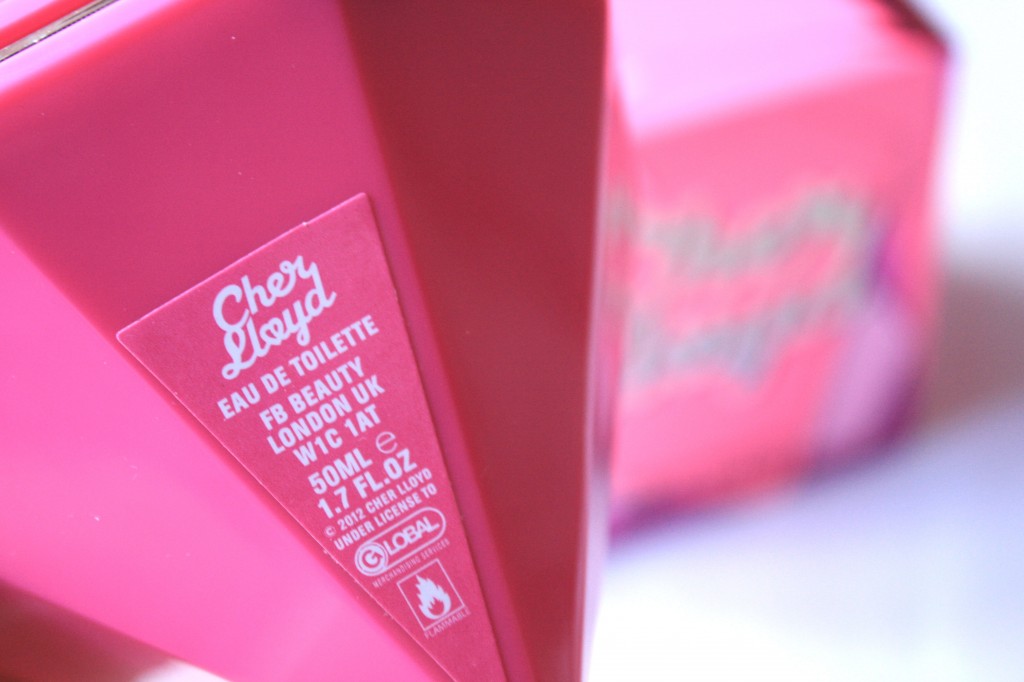 Whilst I wouldn’t regard myself as a ‘brat’ (the term Cher uses to refer to her fans), I supported Cher loyally throughout her time on the X Factor and I’m not ashamed to say that I love her music (well, most of it anyway). She is a unique talent on the market and has gone against the word of many critics in breaking America and reaching number one. Whilst she has earned herself a legion of fans, there are many people who still doubt her – so when she debuted a new fragrance earlier this month, many journalists were surprised to find it was suitably packaged and smelt amazing. Within a few days of launching, Cher’s fragrance was sold out and there were many more who wanted to get their hands on it! So, having managed to find a bottle, I was delighted to be able to try it out!

Whilst the packaging on first glance might be described as a little ‘tacky’, I personally love it – as it sums Cher up  and appeals to her fan-base (who the perfume is primarily targeted too!). Many celebrities go down the route of quite a generic/basic bottle, choosing just to add their logo, which I find quite boring, so I’m glad Cher has glammed up her packaging and made it her own. For many perfume lovers however, it is what’s inside the bottle that really counts – and for me, the scent was just as gorgeous as the packaging!

I couldn’t really find a description on the Internet that I would deem accurate, the only way I can describe it is a mix of white chocolate and vanilla (or creamy) musk with base notes of kiwi and strawberry! It’s definitely a girlie, ‘sweet’ scent – which is the kind of fragrance I normally go for. It’s not overpowering, dominating or sickly but not too dilute either, as I have had several people compliment me on the fragrance since wearing it! 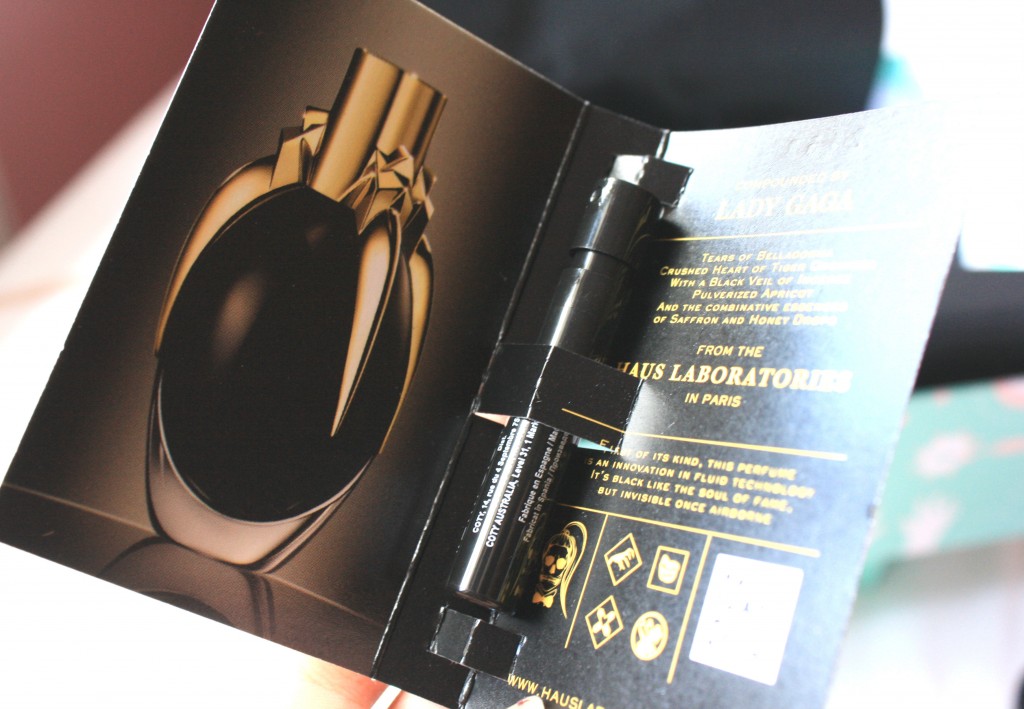 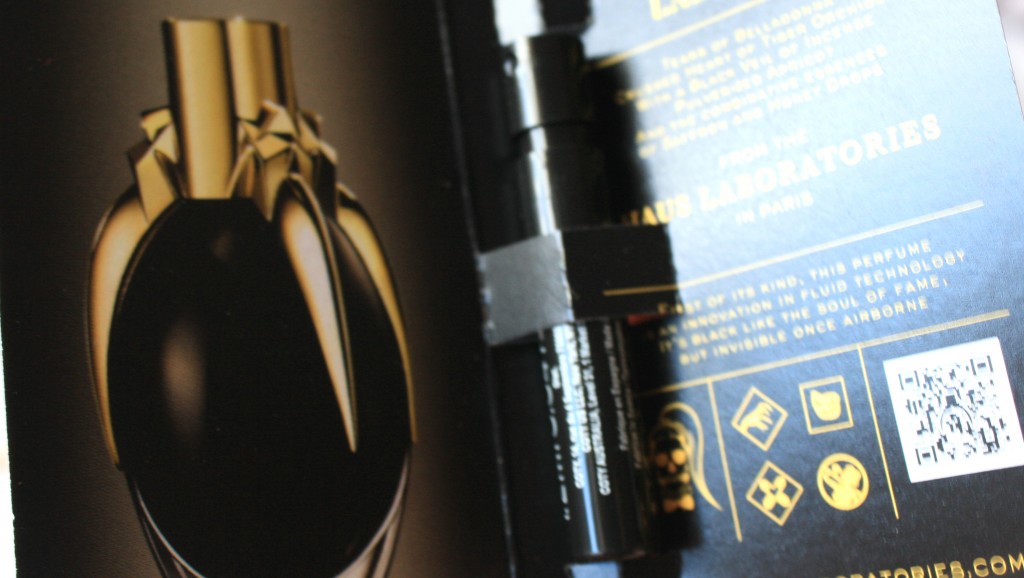 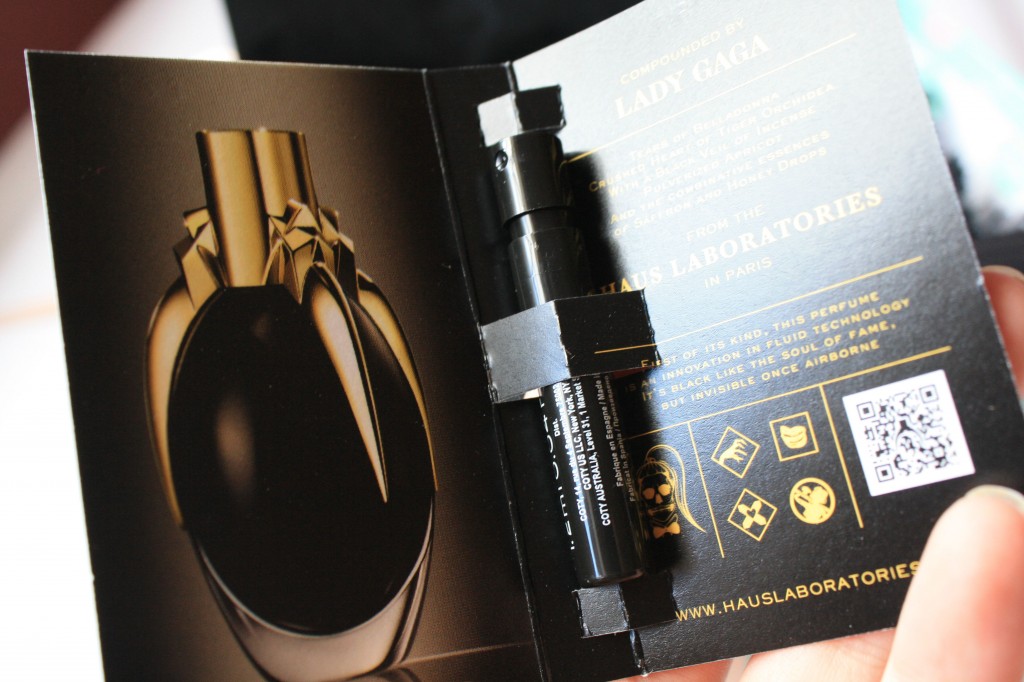 I’m a hugeee fan of Lady Gaga, so as you can imagine – I was mega excited by the prospect of her launching a perfume! Since I knew she would go for something completely different and out of the ordinary (otherwise, really – what would be the point of her doing it), I knew prior to testing that I would either love it or hate it. Unfortunately, it was the latter. The bottle (which I haven’t yet had the chance to see in the flesh as I haven’t been able to get my hands on a full size version yet – I’ve searched everywhere), is probably my favourite aspect of the fragrance, as it is unique in design and does indeed sum up Miss Gaga. However, in my eyes – it pretty much goes downhill from there.

The ‘black fluid’ aspect of the perfume wasn’t taken so literally by me initially, so I was surprised to see upon spritzing that the fragrance does indeed come out black rather than clear. Before you worry, it doesn’t stain clothes/your skin – so you won’t go out looking patchy if you wear it – it is more of a liquid-y black, but nevertheless – it isn’t your average fragrance. The smell itself takes a while to develop and when it finally mellows, you are left with a very manly musky scent, which can only be deemed ‘womanly’ by the hint of honey and apricot that comes through very lightly. The fragrance is something Lady Gaga herself would wear (or at least, I imagine she would) however for me, it’s a little too musky and heavy – I prefer something a lighter and more fresh.

So, overall if I had to choose between the two highly anticipated celebrity fragrances, I would have to go for Cher’s. I am hugely disappointed by Lady Gaga’s fragrance, as I don’t think it’s aimed at her fans as such (who are young, teenage girls) but more so as something she would wear herself (which I guess isn’t an all bad thing to do). Cher Lloyd’s fragrance is far more girlie, upbeat and fresh whereas Fame By Lady Gaga is too dark, demanding and manly. However, don’t let me put you off if you did want to give Fame a go! Scents smell different dependent on the wearer (due to the different levels of acid we have in our skin), so it might smell completely different on you – and you might love it! Nevertheless, I would definitely recommend a try of Cher Lloyd’s perfume if you love girlie, fresh scents – as this is one you can’t miss! Cher’s perfume is available from The Fragrance Shop whilst Fame is available from Haus Laboratories. 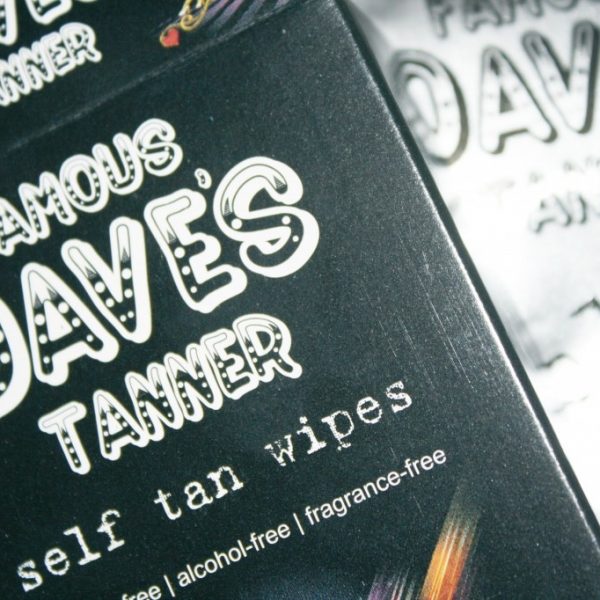 Get the Look : Tamara Ecclestone