Having a birthday in January invariably means that by the time your big day swings around, everyone is too tired, hungover, poor and stuffed with food, that they don’t really want to celebrate. A generalisation I suppose, but usually true. This year, I was fed up with not really celebrating (or people dropping out last minute), that I took matters into my own hands and booked a rather spontaneous birthday trip to Disneyland Paris!

Having been to Disney a couple of times before – the Paris version when I was 8 and 13 and the Florida version when I was 18 – I was well aware of how spectacular and magical a place it is – regardless of whether you’re turning 3 or 23.

You’re never too old in my opinion!

The songs, the immersive atmosphere and the catchy songs that you can’t help but sing along to, the whole feel of the place is such a mood booster that I thought it would be a wonderful place to kick start the new year and celebrate entering my mid-twenties (well, sort of). 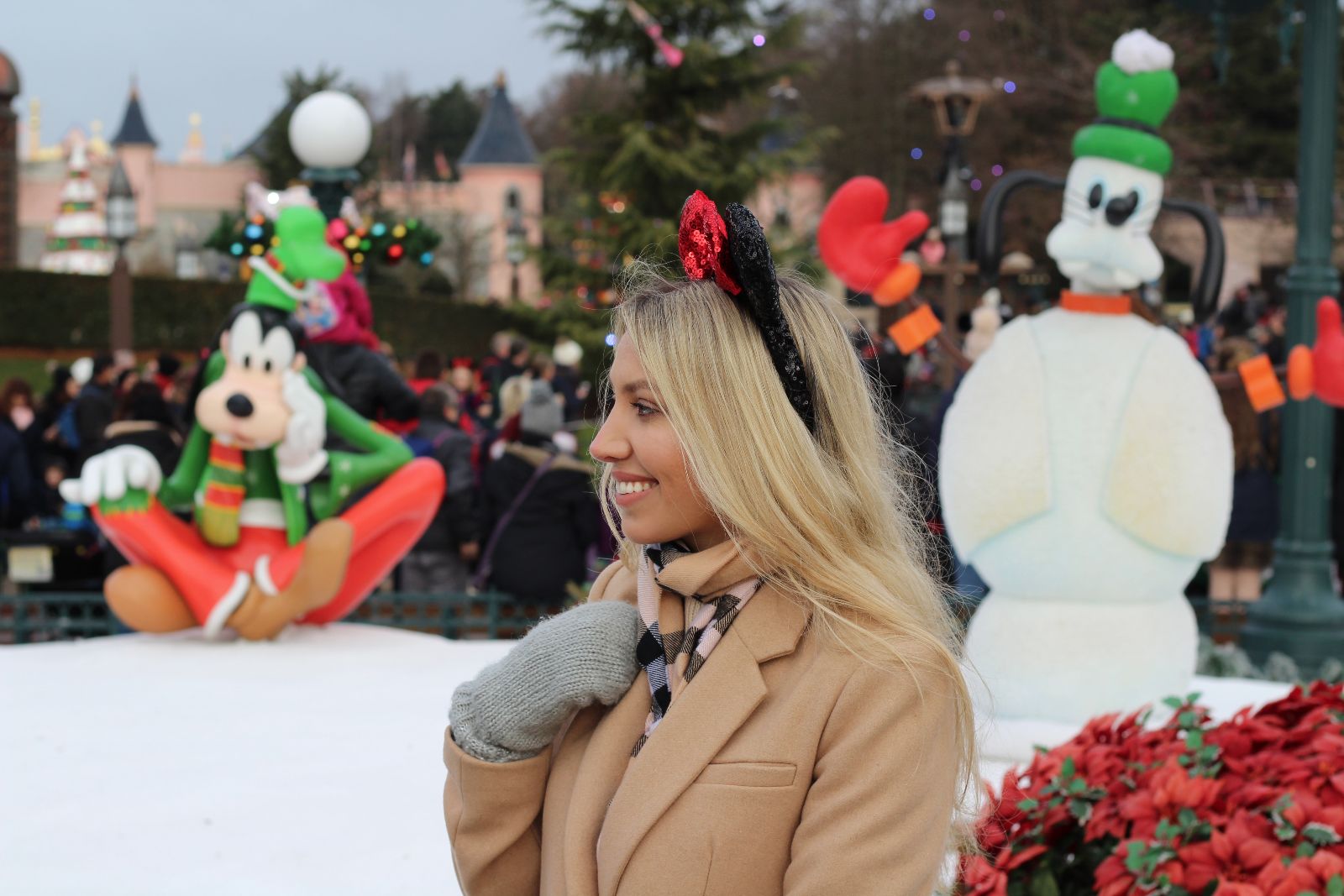 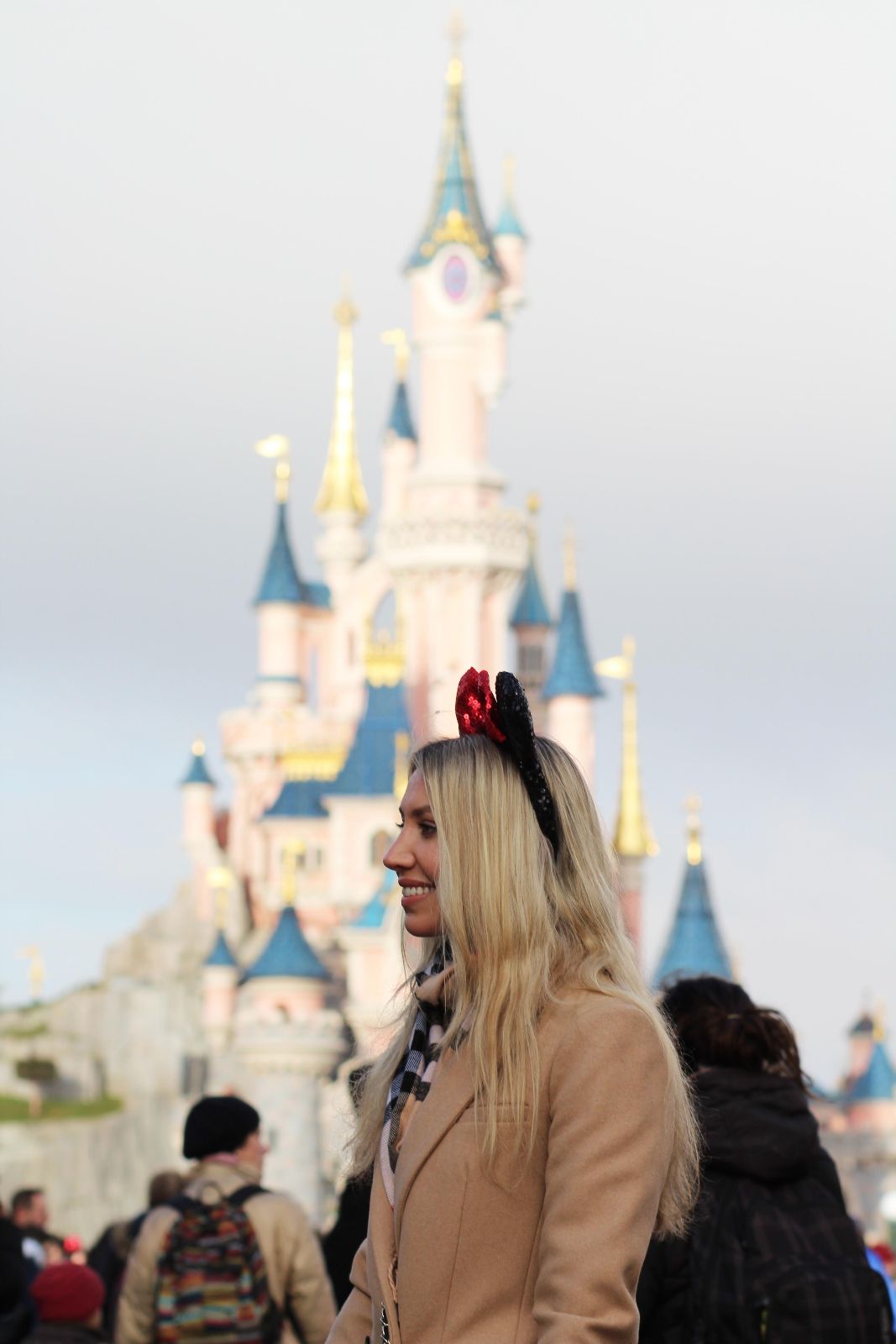 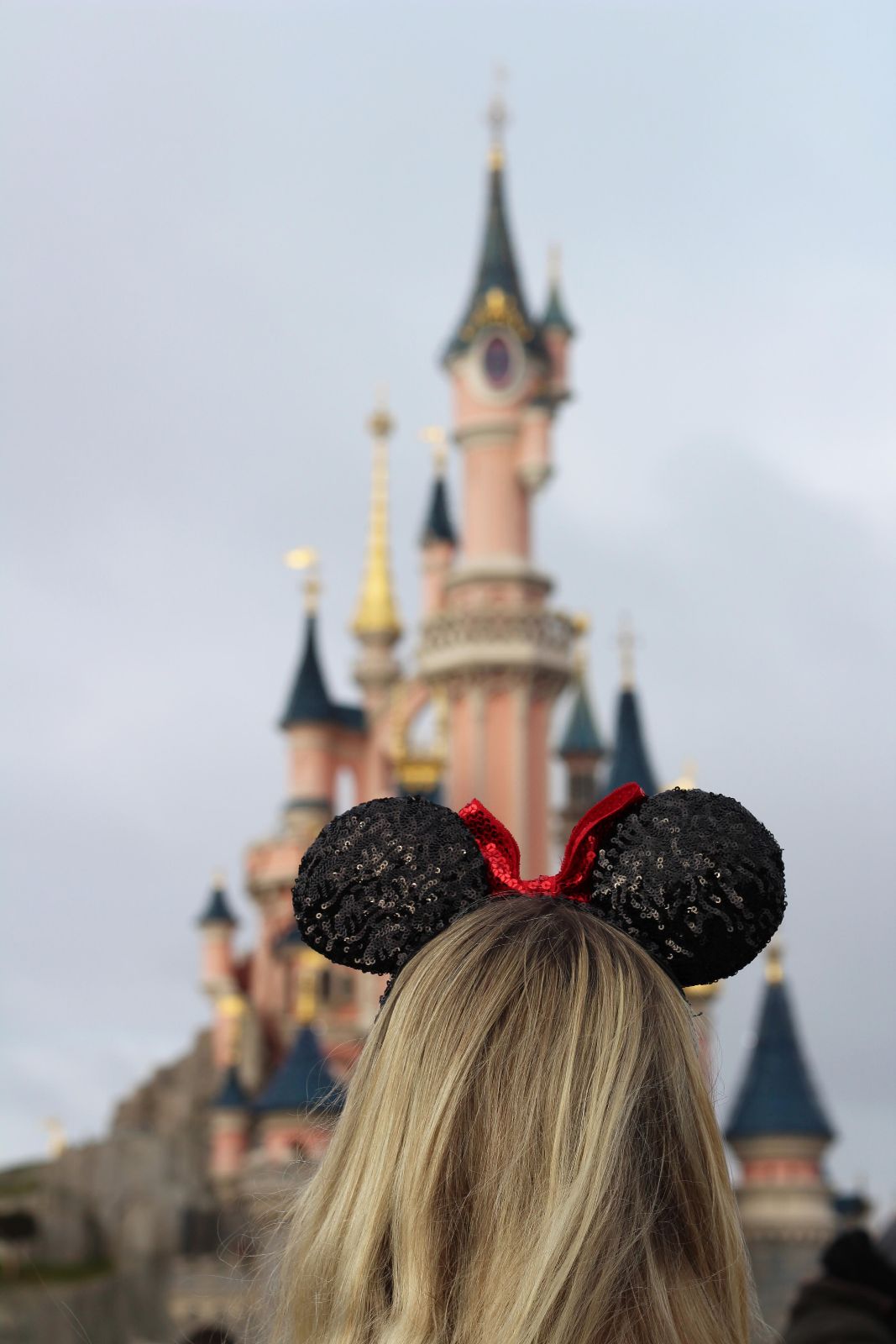 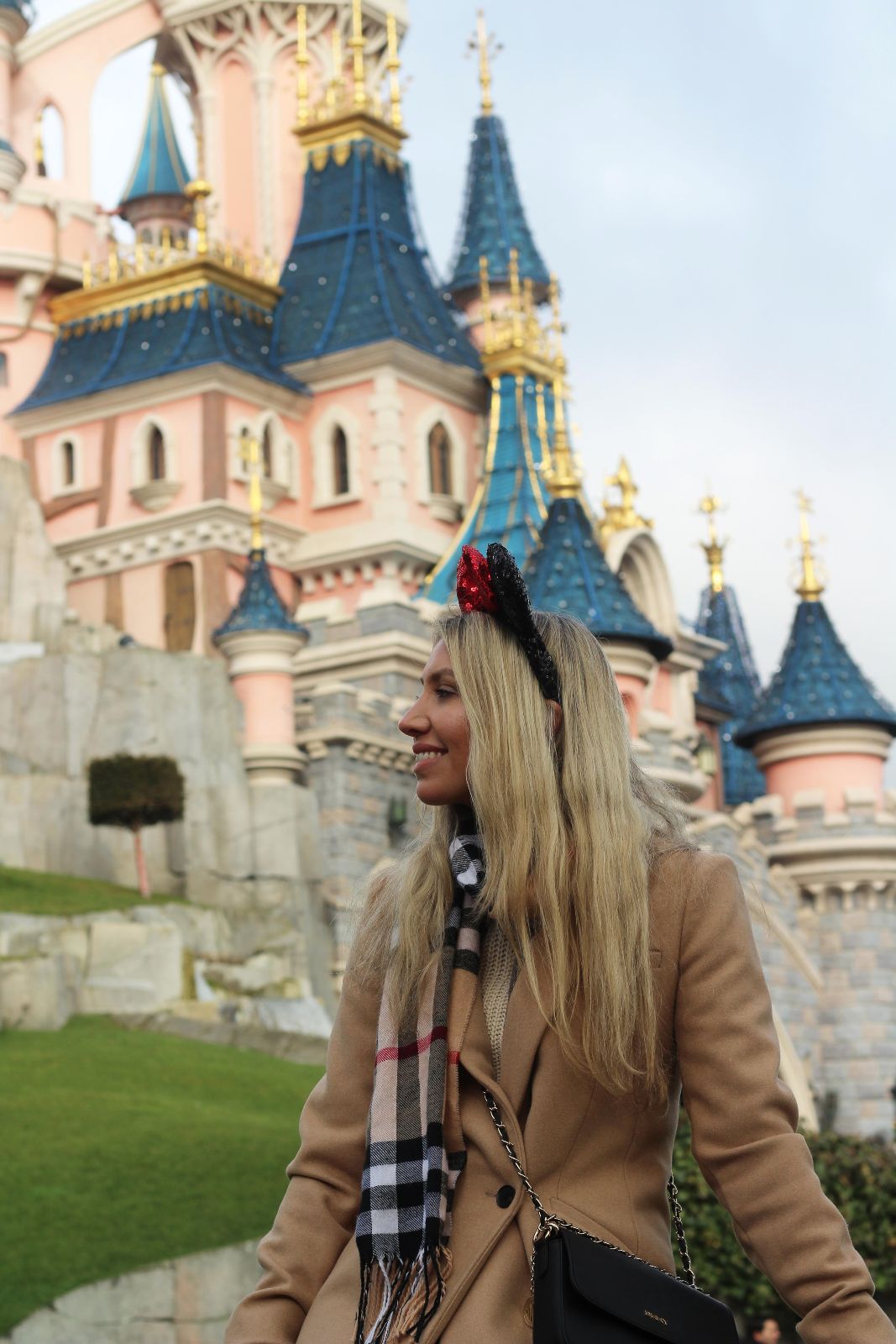 Okay so Disneyland Paris isn’t really a patch on the Florida version. Over there, you have the warm weather, the sun, everything looks and feels a little brighter and more magical anyway – not to mention the fact it’s about double the size. However if you take the Paris version for what it is, it’s just as lovely and can make for a wonderful experience. Just be sure to wrap up as warm as you can!

If you’ve only got a day there, I’d recommend skipping the Studios and heading to Disneyland itself, where the real magic awaits. You have to head to Pirates of the Caribbean first, which I won’t ruin but it’s an amazing array of robotics, music, lights and set design that makes you feel as though you could be chasing Captain Jack himself.

Then you won’t want to miss It’s A Small World, which is the cutest ride in the park. David laughed at how much I got into the catchy theme tune and the funny little robot dancers in their array of outfits, but we were both humming it for the rest of the day!

The dare-devils among you may want to grab a fast pass for Space Mountain (the fast pass system is free to use for all guests, you just insert your ticket and are given a time to come back), however considering that a bumpy train ride can leave me feeling sick, I decided to give it a miss.

Instead we headed to Big Thunder Mountain, which was just about as much as I could handle – and actually lots of fun. While you get the speed and ‘tummy churning’ moments of a rollercoaster, you don’t go upside down and there’s no ‘motion sickness’ feeling afterwards, so it’s your best bet!

Then, of course you won’t want to miss the parade – for which there are a number of throughout the day. Upon arrival, there was a short and sweet Frozen carriage through Main Street, however the full parade was about an hour later. Usually there’s a programme at the entrance with all the timings, but you’ll hear the tell-tale music!

The princesses among us (ie: all of us), will want to sneak a peek at Sleeping Beauty’s castle, which admittedly makes for the best backdrop for some must have Instagram’s. But make sure you head down to the basement to see the fire breathing dragon!

The studios we weren’t overly impressed by, largely because all of my favourite rides were closed while we were visiting – however the Cars stunt show is one I’ve seen before and great for all members of the family! Stock up on churros and grab a seat early!

I was initially a bit worried about the food situation at Disneyland because I’d read reviews on how limited the options were for those that are vegan – and so as a dairy and egg allergy sufferer, I wondered if I’d starve for the few days that we were there. I’m pleased to report that this wasn’t the case and while not every restaurant catered for me (or were polite about it), the majority were more than happy to help and reassure me.

When you’re in the parks themselves, you’ll most likely be limited to fries unless you head to one of the more posh (£70 a head) restaurants – as all of the outlets are fast food only. Usually, you can ask a member of staff to check the allergy book to see if there’s any options for you among their menu – however during peak times, this can get a little difficult.

Disney do have a special food plan among all of their stores, which offers a select number of microwave style meals which are free from the top 7 allergens (gluten, milk, eggs, sesame, nuts etc). However having seen these in person (a little more sad looking than an aeroplane meal – and 10 euros per piece), I gave these a miss and stuck to what I knew. It was great to have the option, but if you’re fussy like me – I’d recommend bringing some nice, wholesome snacks with you!

Vegans and fellow dairy-sufferers will rejoice in the knowledge that the churros, throughout the park, are indeed free from milk, eggs and butter. So you can chomp away at those to your hearts content!

Otherwise, The Rainforest Cafe and Planet Hollywood – within the Disney Village – are both very happy to cater for intolerances and managed to arrange grilled chicken breast, vegetable fajitas, chicken fajitas and bread that I could eat, without fuss!

I will admit, the food on the whole, isn’t much to write home about. It’s very expensive and not the most flavoursome in the world, however obviously we understood that when you go somewhere as popular as Disney, they can charge what they want. I do think it’s a shame there’s not more affordable options, especially as I’m sure there’s families who have saved up for years and paid an arm and a leg to be there – then to be stumped by yet more hefty costs. Disney is supposed to be magical after all, however we understood why this is the case and budgeted accordingly. 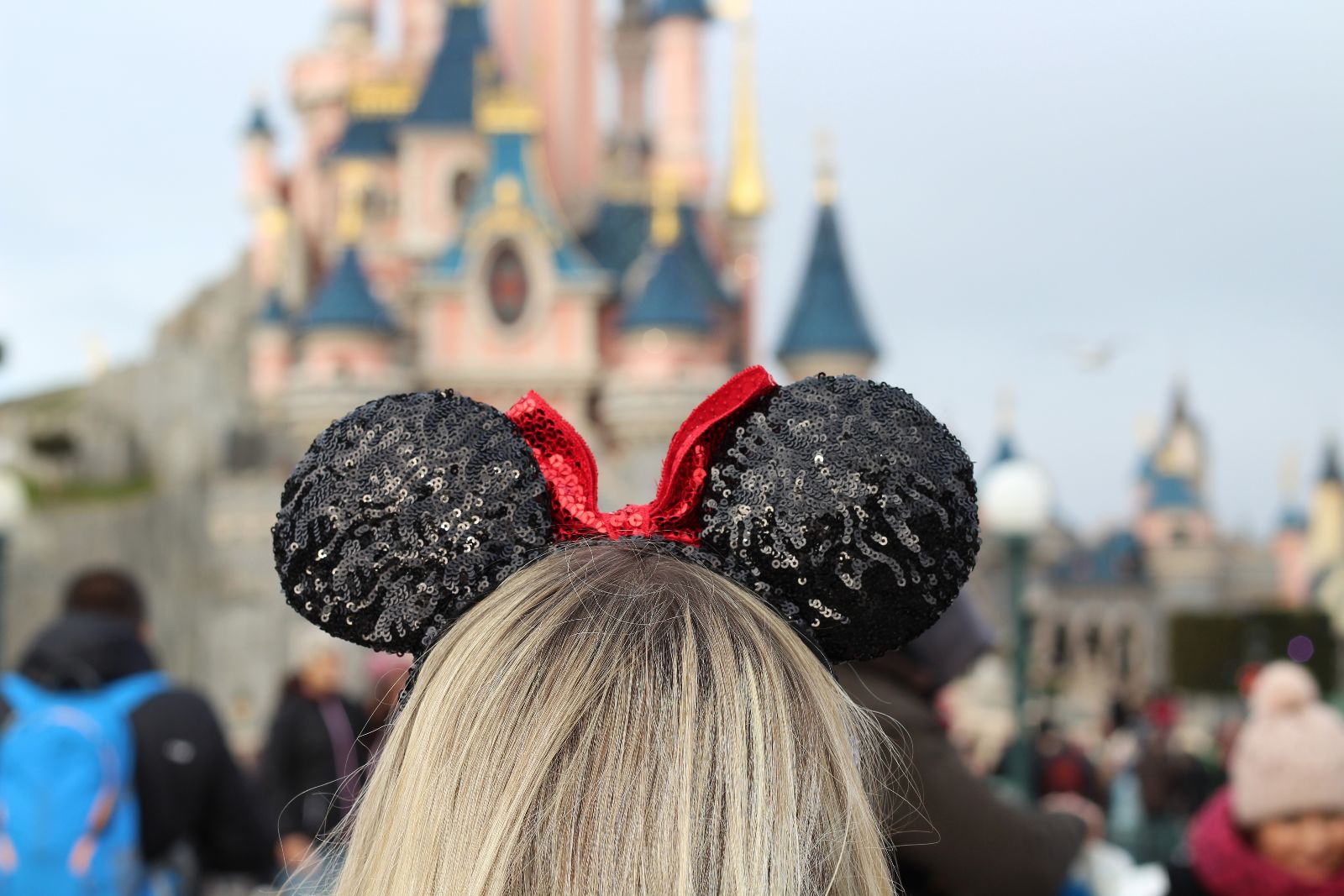 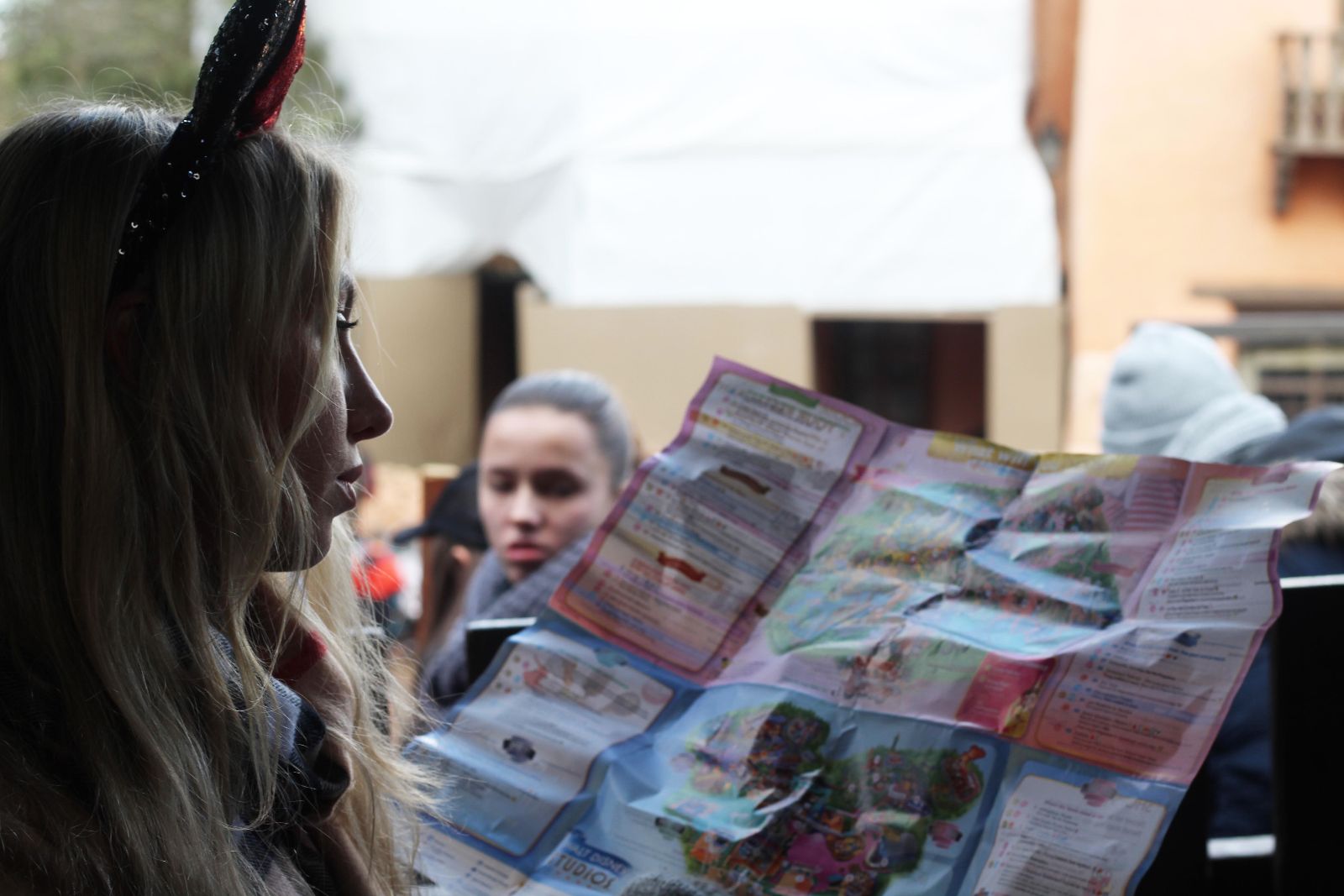 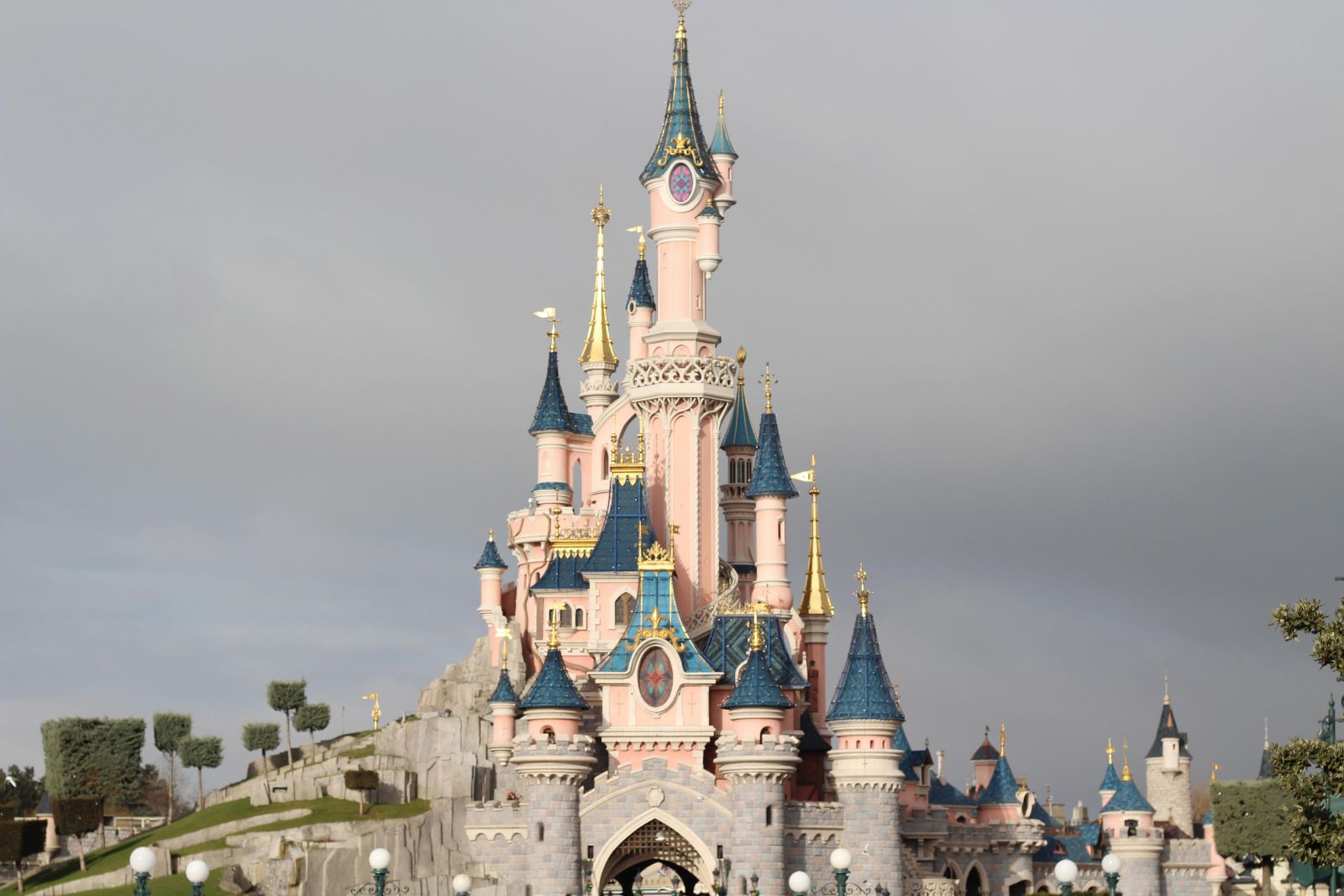 While it would have been incredible to stay at the Disneyland Hotel – which is literally in Disneyland itself, bypassing having to get a shuttle to the parks, I just wasn’t willing to pay over £500 a night for the privilege. Admittedly, this was half board and with extra magic hours, but since we are both in the midst of decorating our new house and paying off a costly holiday and Christmas, we decided to go for a cheaper option.

I eventually found the Vienna Dream Castle Hotel, which is situated 2 minutes outside of Disneyland and access to the parks is through a free shuttle bus. For a little under £250 for three nights, it seemed like a much better (and more affordable) solution, so we booked via Booking.com and away we went.

The hotel was pretty basic and without going into too much detail, we were kind of disappointed. Breakfast wasn’t included and was an extra 16 euros per person, per night – which I can completely understand, however as someone who can’t eat dairy and eggs and therefore would be restricted to the majority of options at the buffet, it seemed like a lot of money.

I enquired as to whether I’d be able to pay for a slice of toast or bowl of porridge, but my question was met with a rather abrupt ‘well, I’m not going to monitor what I put on your plate, am I?’.

It’s safe to say this wasn’t the most inspiring welcome I’ve ever received at hotel check in, however we made the best of it – and for the most part, enjoyed our stay. The hotel did have these teeny tiny pillows though, which I show you in the vlog – which many of you found amusing on Twitter, so there’s always a silver lining!

As much as I never thought I’d say this, if you can afford to splash out a little extra and go with a Disney hotel – I’d definitely recommend it, because there’s a lot of positive stuff to say about having extra magic hours, not having to deal with a very packed shuttle bus to get back to your room and going half board! 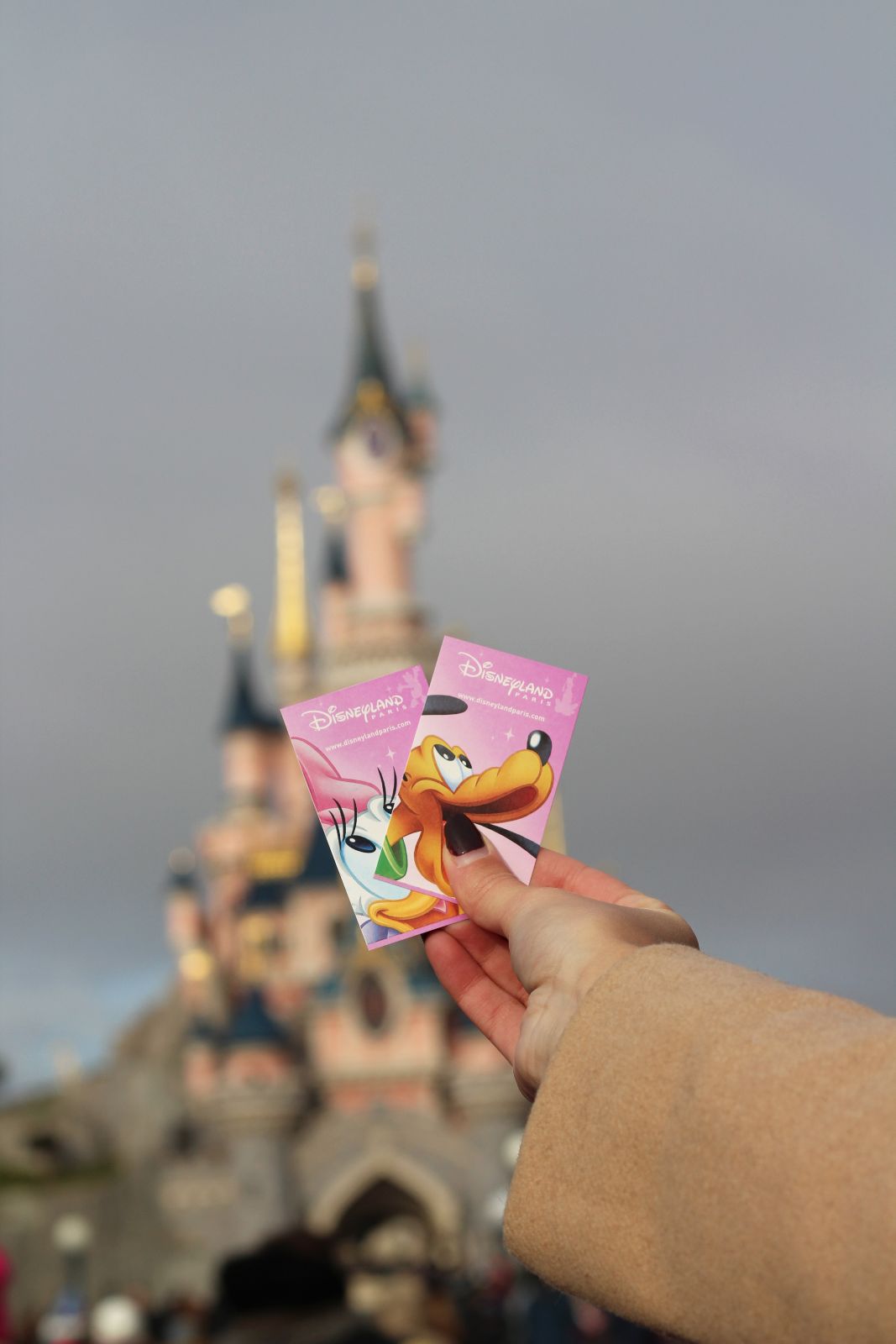 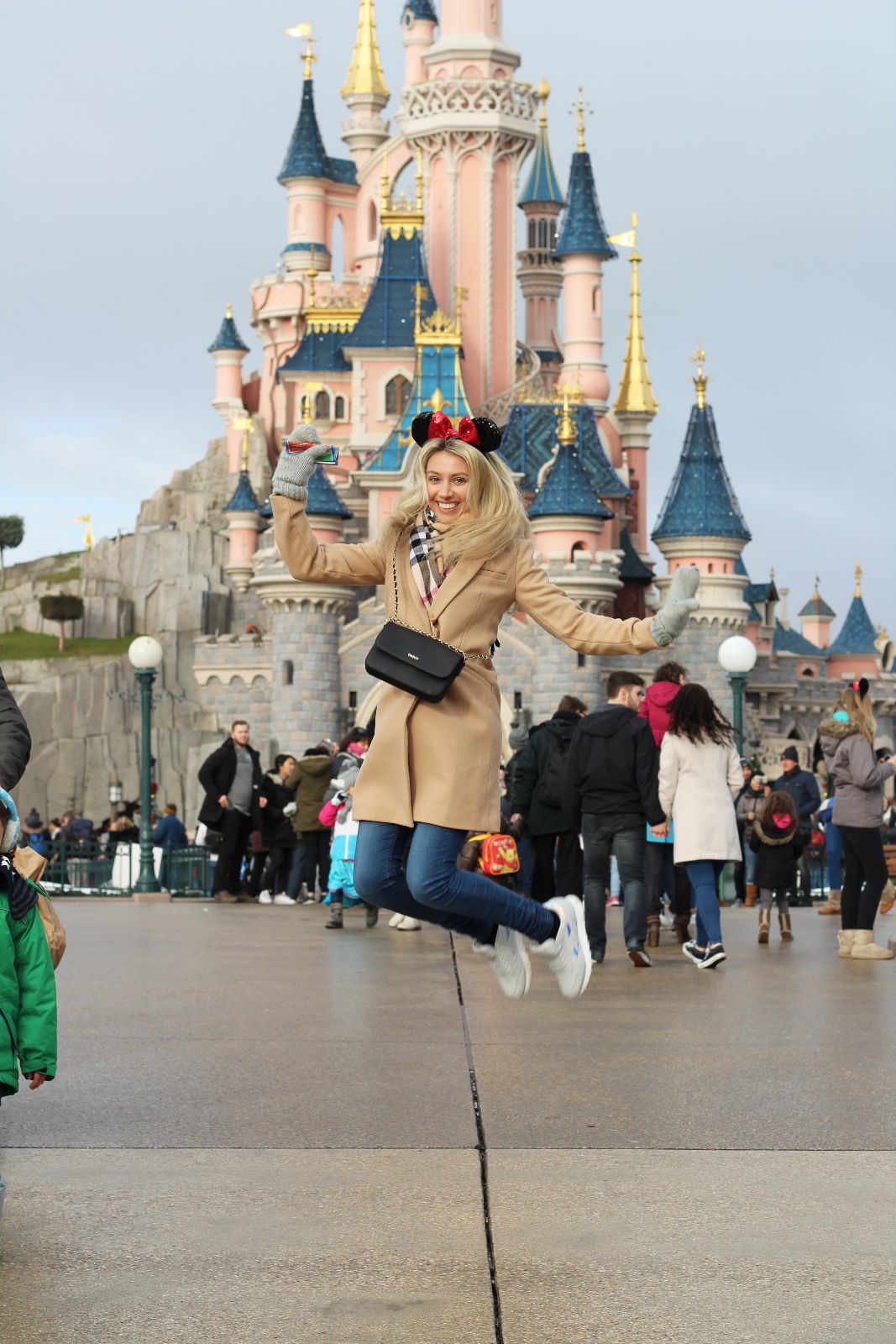 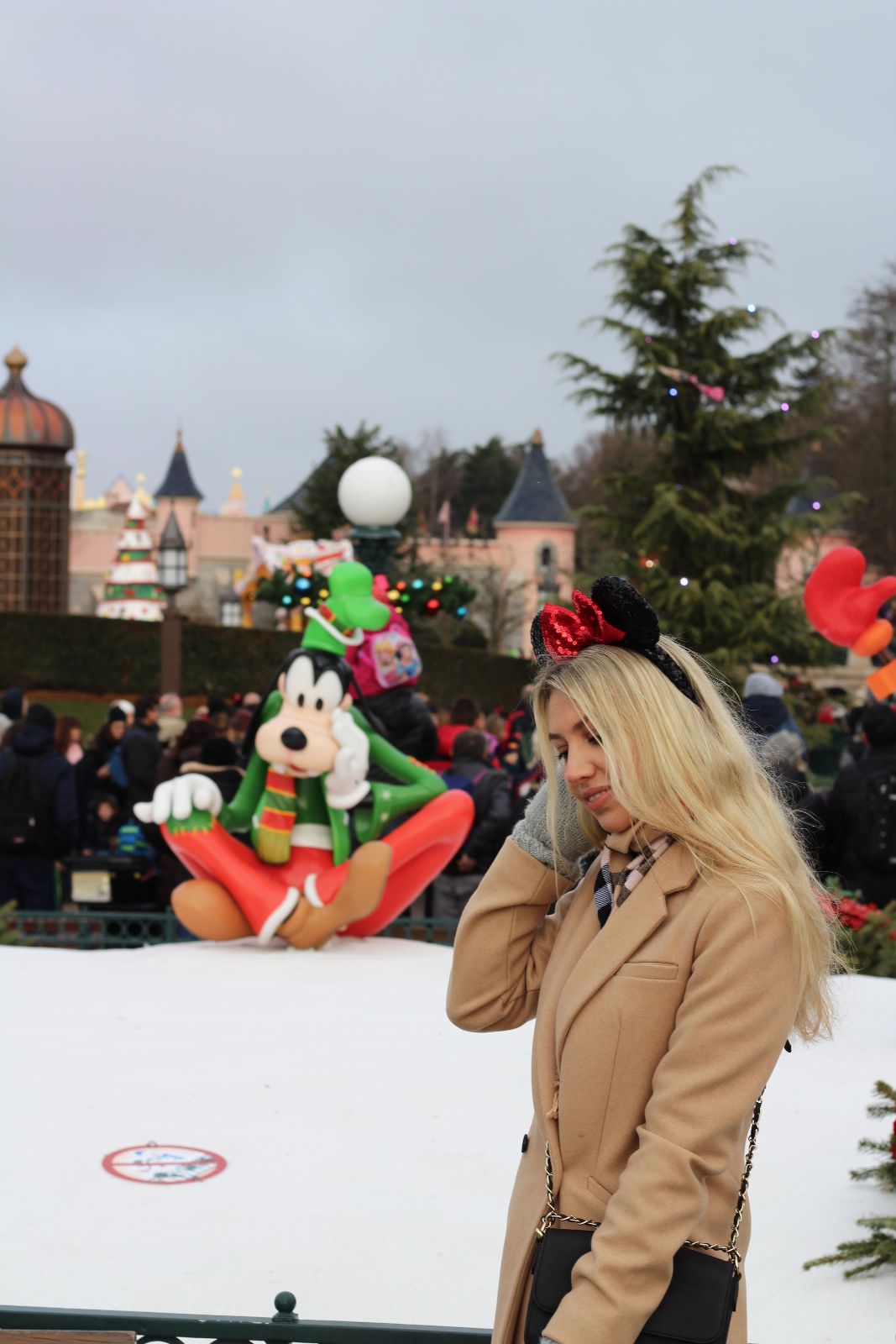 You can of course buy your tickets at the park, however it’s much easier and simpler to do it before you arrive. And about a third cheaper too! We got our tickets from AttractionTickets.com, who actually offer a very reasonable deal if you’re thinking about spending any longer than a day at the parks.

Our ticket type – the 3 day, 2 park hopper came to £127 each which is a lot less than the 80 or 90 euros you’ll pay at the gates for just one day! Plus there’s no queuing involved, since you simply print out your voucher and swap it to electronic tickets once you arrive. It couldn’t be any easier!

It’s also worth keeping an eye on AttractionTickets.com for deals, as since I’ve started writing this post, they’ve gone down in price to £124 – so if you’re looking for a bargain, you can get some really great savings by returning to the site daily!

My birthday was every bit as magical as I’d hoped for it to be, bar the freezing bitterly cold weather that we just hadn’t prepared for. I spent my actual birthday evening surrounded by elephants (albeit robot ones, but hey – you can’t win them all) and drinking champagne opposite my favourite person. It doesn’t get much better than that!

When we arrived home, David had very kindly planned a surprise party with all of my friends and family – many of whom hadn’t seen the new house yet, so it was the best treat! I actually vlogged my entire trip, so if you want to see more (or listen to me talk an awful lot), make sure you give it a watch!

How much did everything cost?

I want to start introducing this little section to my travel posts, because I think it’s important to talk about – especially as us bloggers are lucky enough to be able to travel lots, document it and report back with recommendations. However rarely is the total cost spoken about, which makes it a little difficult to decipher whether it’s something you might be interested in – since you can’t weigh up if it’s in budget, or worth it to you.

Of course, I totally understand that prices differ depending on the deal you get, the time you book and the time of year you travel – however it’s interesting (for me anyway) to see a base cost to be able to go off of. If that makes any sense!

So for our trip to Disney, I didn’t really have a budget per say but we’d just had a rather expensive holiday to Mexico, a busy Christmas and we’re decorating the house, so I couldn’t afford to fork out thousands of pounds. We were kindly given our tickets to the parks by Attraction Tickets Direct, so they would have been £127 each.

Then the hotel cost £230 for three nights including tax and the Eurostar cost £203 for a return, for two people. Factoring in how much we spent on food and drink (approx £100 per day), the total cost of our trip was £987.

Was it worth it? Well yes considering that I had a wonderful birthday and it’s the kind of thing you only do once in a blue moon. But then I suppose that’s a decision for you to make personally!

Have you been to Disneyland recently? Do you think you’re ever too old to enjoy it?

The tickets were provided to us by Attraction Tickets Direct, however all views are my own.

Disney – For Grown Up Kids 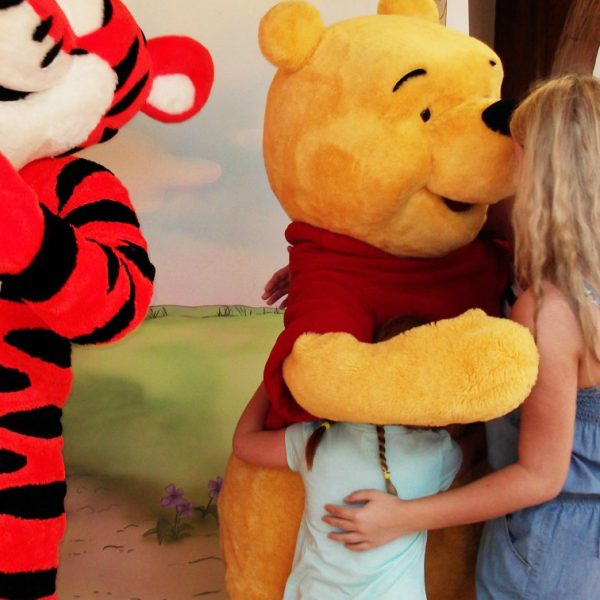