Conspiracy theories surrounding the end of the world have fascinated me for years, especially since they stem from speculation and fact. It has been much documented that the Mayans and Nostradamus predicted the end of the world to occur in 2012, and there are many other theories that point towards this year as marking the end of time. But, do we really believe it? Wouldn’t we be hearing stuff on the news regularly if we only had a month left to live? Surely there would be warning signs, power cuts, floods, storms, and scary solar activity? Surely. Or maybe, there’s something we aren’t being told. Maybe, the warning signs are already there.

One of these rather subtle, but nevertheless extremely scary warning signs lies with the vast amount of natural disasters that have occurred in the past few years (or even months in some cases). The recent Hurricane Sandy in New York was unlike anything the state had seen before, and inflicted a large amount of damage not only to people’s lives, but also to the environment and surroundings. The devastation and destruction it had implies that the state was not prepared. And what’s to say as a planet, we won’t be prepared later on? Similarly, earthquakes in China, Japan and forest fires in Australia have also been getting increasingly larger, more powerful and as a race, we have far less control over natural disasters (if any). If 2012 is the year that earth changes as we know it, and the human race ceases to exist. There is nothing really we can do?

There is nothing really we can do!

Now, this article’s purpose isn’t to worry or disturb you. Please don’t think I’m cruel in writing an article dedicated solely to conspiracy theories and eating up their every word. In other words, take what I’m saying with a pinch of salt. NASA has reassured us that there is nothing to worry about in 2012. There is nothing specific that points to an ‘end of world’ Apocalypse type destruction, and that we shouldn’t worry or get worked up about it. Conspiracy theories are there to evoke fear, shock, terrify and frighten us. Conspiracy theories are just, well a theory. The aim of this article is primarily to explore the possible theories out there, and to get an opinion from you, the reader – as to whether you believe the theories, or have your own?

Despite the reassurance from NASA and the governments of the world, there is a project, launched within the last few years that gives us a strange feeling they may know more then they are letting on. The Doomsday Seed Vault (the Svalbard Global Seed Vault, as it is professionally known as) is one indication that governments are preparing for the worst. Located in a remote village, about 1000km from the North Pole, the facility preserves a wide variety of plant species (in the form of seeds), in order to re populate the world with the plants we currently have, should any natural disasters or extinction occur.

Do they know something we don’t?

The $9million it cost to build, was funded entirely by the Norwegian Government, however other influential (and very rich) sponsors include Bill Gates. The innocent purpose of its production could be that it is better to have duplicates of all the seeds, just in case (like anything) a plant becomes extinct, diseased or poisoned (by chemicals that are used so often these days). However, the rather sinister and slightly unnerving purpose behind it could be that the government (and all the rich and powerful members of the world) know something we don’t know, and are preparing for the end?

Another widely explored theory, is that a distant planet (Planet X) to be precise, that has only in the last few decades been discovered, will either crash into earth, or push it into a black hole. It seems unlikely yes. But it’s a theory alright. The idea surrounding solar activity has been greatly linked to many end of the world/2012 theories, however this has been assured incorrect by NASA. To further complicate matters, some people believe that Planet X is actually planet Nibiru, which hosts an ‘alien race’, who came to earth thousands of years ago and genetically altered human beings to survive in new conditions, to stop our race dying out. In 2012, they are ‘set’ to return and cause havoc. Yay.

Some of the nicer (if you can call it that) end of the world theories are based upon 2012 being a ‘year of change and enlightenment’, and the end of the world as we know it, but not as a whole. Solar flares which are set to occur next month (which happen every four years) are apparently going to unlock a more spiritual ‘new age’ side to the human race, and a part of our brain, which has previously been unused by the majority, will be unleashed. In other words, our psychic and spiritual abilities – or our ‘sixth sense’ – will be enlightened, and instead of using just 10% of our extensive and complex brains on a day to day basis, this percentage will increase significantly.

There are inevitably going to be different opinions on what will happen on the 21st December 2012. I will be at my work’s Christmas party on the night itself, and will hopefully not have to worry about end of the world antics (fingers and toes crossed). Surely, if there was going to be a dramatic change or an end to the life we currently live, we would be informed. Surely?

I do actually have a rucksack packed in case of emergencies!

I don’t think it is worth getting worked up over, despite me spending a whole day last week researching end of the world theories and planning my escape route (yes, really!), because even if something does happen, it’s completely out of my control. I think the theories are really interesting though, and it’s great to hear different opinions – as everyone has their own views. I do actually have a rucksack packed in case of emergencies in my wardrobe (which has been there for years), but as ever the impractical packer, it currently contains a tin of beans, a tin of tuna, a pair of knickers, some socks and a t-shirt. Hardly a survival kit. But it may come in handy if I ever decide to spontaneously go camping?

Which Kardashian Are You?
An interview with: Sue Moxley!
Kingsman Tweet-A-Long Party‏ 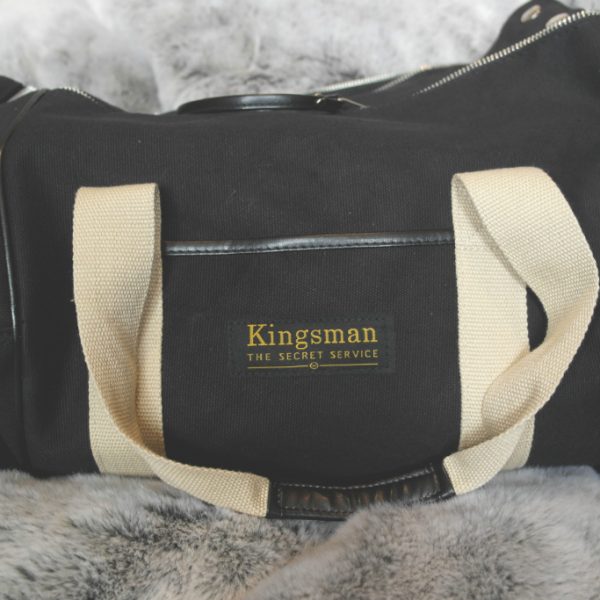