I think every girl, and guy for that matter, has at the very least once in their life, felt as though they didn’t fit in. Whether it was in the context of a certain situation, among a group of friends, at school or at work, it’s the overriding feeling that everyone else received a particular code or memo or set of skills that connects them – and you, well you didn’t.

I have been privy to this feeling many, many times. Probably my earliest memory was aged 6, a couple of days after I started ‘proper school’. A group of girls were sitting in a circle in the playground, cooing over their new dolls. Although I don’t remember the exact name of these dolls (no they weren’t barbies), their extra special USP was that they came packaged in a tube. And so you could pop them in and out of the tube whenever you liked. Fancy, I know. Anyway, I didn’t have one. But obviously I wanted to join in the cooing and so I went over to sit with the girls. My entrance was met with ‘no you can’t play with us, we don’t like you’.

These girls, had until five minutes ago, been my friends for the duration of school so far. So naturally, I felt upset and betrayed. I suppose the only saving grace was being 6 and not having the back-stabbing and behind-the-back bitchiness. This sassy 6-year-old came right out and said it straight. I didn’t have to pretend I thought they didn’t like me. They just told me.

Eventually I went and made friends with a boy who I first met when he was taste-testing sand from the indoor sand and water pit. 16 years later and we’re still best friends. He’s getting married later this year and I’m going to be his groomsmaid. So you know, there’s always a silver lining.

But from then on, the feeling of not ‘fitting in’ just kept on coming. I’m sure many times it was just in my head – but there were also times where I felt excluded from friendships because I didn’t have the same skills or couldn’t offer the same as the other members of the group. I felt I wasn’t pretty enough, or cool enough. I didn’t have the latest phone. I didn’t live near all my friends and so they did stuff without me on weekends and come Monday morning, I’d have to listen to their two-days worth of hilarious memories, which I wasn’t a part of.

I suppose you assume, that the older you get – the less you feel as though you don’t fit in. When you pass the teenage years and hit your twenties, you’re supposed to have ‘found yourself’ or at least be well on the way to.

However, this just hasn’t been the case for me. When I started University, you have a bit of fresh start when it comes to making friends – and many times, I’d been informed that the people I met here would be the ‘friends for life’. In the first term, I went out of my comfort zone and hit the town at night to party with my new found friends. Yes, it was fun. But it wasn’t me – and come January, when it was time to knuckle down, I slowed things down and didn’t go out as much. My ‘friends’ took this as an offence to themselves and unfortunately the bitchiness and back-stabbing returned. The feeling of not fitting in was more prominent than ever.

I just didn’t want to go out and get absolutely off-my-face drunk all the time. It wasn’t me. And I wondered why I hadn’t been blessed with this desire. Why I didn’t fit in with the rest.

My first ever ‘girls’ holiday aged 16 followed the same sort of format. Don’t get me wrong, I LOVE a good holiday. I spend my entire year looking forward to sunbathing next to the pool, with a cocktail in hand (forever envisioning it to be far more glamorous than it actually is and forgetting the less-good parts like sweating, getting hot and angry, sweating some more and the plane journey).

Anyway, so there were 6 of us who headed off to Spain for 10 days. I kind of knew there would be some sort of clubbing involved and I was okay with that. But when one girl on our trip got attacked in the toilets of a nightclub – and then the whole group proclaimed they wanted to go back to the same said nightclub the next night, I started to feel this overwhelming feeling of WHAT THE HELL AM I DOING HERE, once again. I ended up flying home early. 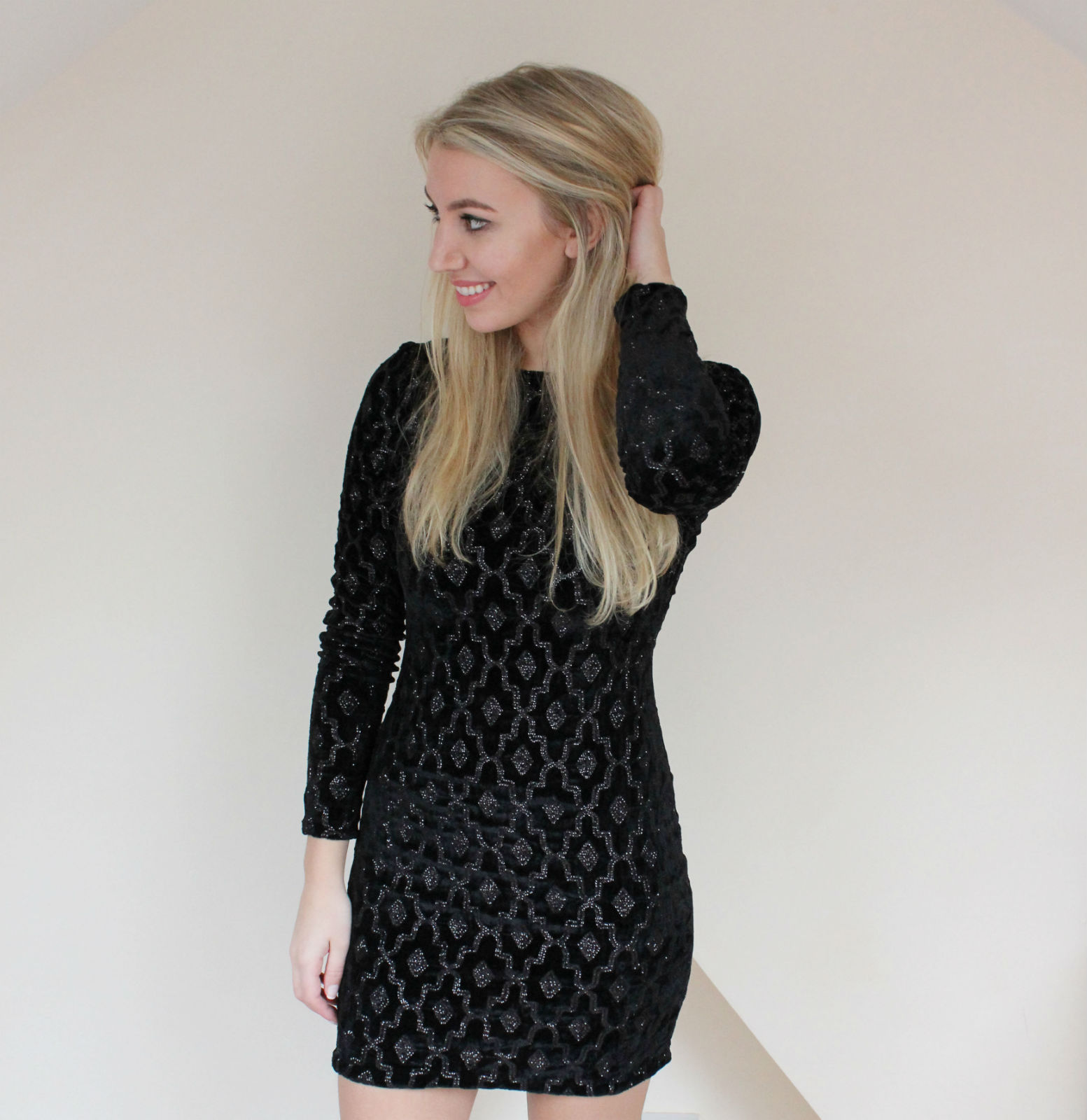 In the blogging world, I thought fitting in wouldn’t be a problem. The fact we’re all bloggers kind of signifies that we’d have something in common, if not many things, and so at the beginning – I kind of felt as though I belonged. I made some wonderful friends and we travelled together, experienced some incredible things together. But then this haunting sense of ‘YOU DON’T BELONG RETURNED’ out of the blue.

And about a month ago, I realised that this overwhelming sense of not fitting in is something I’ve created myself. In many ways, yes there have been times when I’ve genuinely not fitted in. Like the time I decided I was definitely into rock and screamo (is that what’s its called) music and found myself in a mosh pit at a gig. I’d given myself fancy-pants pink highlights (with a highlighter pen – before you assume I was more brave than I was) and ripped my tights on purpose and knowingly made my make-up EXTRA smokey (read: I’ve overdosed on eyeliner and sparkly eye shadow). It wasn’t my scene, but you know what – with the comfort that this wasn’t my calling, I actually had the best night. Not fitting in, but being okay with not fitting in (even if I was trying embarrassingly hard to) made it all totally fine for me.

I think much of my anxiety (which feeds my IBS troubles) stems from the fact I feel like I don’t fit in during certain situations. Knowing I have stomach troubles immediately sets me ‘outside the crowd’ in my head – and I feel as though people judge me because of this. I feel as though I don’t belong.

But this sense of not fitting in, not belonging – I believe is totally in my head. Although I’ve had experiences of girls being bitchy and purposefully leaving me out of situations, I suppose it wasn’t a case of me not fitting in, but being deserving of better friends. Had I known this at the time, would 6-year-old me have turned round and told the sassy-too-big-for-her-boots-bitch to ‘F**k Off’? Probably not. But still, it wasn’t about me not fitting in.

And anyway, who wants to actually fit in?

We all have features that make us unique. Things that make us ‘us’. I’ve always prided myself on the fact that I don’t follow the herd and that I’m my own person. In many ways it’s fun not being a sheep. It may have meant I’ve been left out of things in the past. But would I really have wanted to sleep in a rusty park when all of my friends suggested doing an all-nighter under the giant slide aged 13 when being a rebel was totally the done thing? No, I wouldn’t. Yes, it meant I didn’t have the same fantastic memories they experienced that incredible night (please note the intentional sarcasm) but I was at home, feeling safe, in the warmth of my own bed.

At University, I don’t go out clubbing all the time – nor have I ever had the desire to experiment with drugs, which I suppose are two aspects that have resulted in me not really ‘fitting in’ or having a close group of friends. But I’ve utilised the three years to build my blog and travel and learn about journalism as a profession. And I’m totally okay with that.

So I suppose the point behind this (now rather lengthy) rant is that it’s okay to not fit in.

Whether you’re at school and currently undergoing bitchiness from a group of girls, feeling like an outsider in your friendship group or you’ve started a new job and you don’t really feel as though you belong in the clique of your colleagues. Please know, it’s okay. Fitting in is overrated. Write a list of the ten things makes you unique and special. I think you’ll find you’d rather have those qualities than blending into a sea of clones.

I’d love to know your thoughts on fitting in?