Now I won’t lie to you here and profess I’m the queen of productivity, because this is most definitely not the case.

I procrastinate far too much and seem to have made a habit out of causing myself more stress by not using free hours to catch up on work and be productive. Instead I use them to watch YouTube videos and get lost in the minefield of Twitter.

Sometimes it takes a bit of a wake-up call to increase productivity. Maybe a stern word from our boss, our parents or even our friends.

Maybe you’ve been a little too… chilled.

Productivity might come in waves, and some weeks – you’re practically a machine. In my case, some days I’m whirring out blog posts, firing off emails and stock-piling videos like there’s no tomorrow.

Others I’m re-arranging my book-shelf for the zillionth time, wondering whether a second lunch of the day might be appropriate and FB-stalking my friends, brothers, dads, sisters dog. Only joking, I definitely don’t do that.

But in case I’m not alone in my productivity plight, I thought I’d put together a (hopefully) handy and realistic set of tips to inspire and kick start your productiveness, without coming across in the same manner as those stern-boss-words or raised-eyebrow-parental-look.

Write lists, they said. Lists will help you. Write down your goals, your five-year-plan. Plan, plan, plan.

Scrap that. Because while writing things down and planning can most certainly be helpful, having a to-do list as long as your arm doesn’t inspire productivity.

Well, not in my case anyway.

In fact, usually when I’m presented with said list, I do what all productive people do. I decide to take a nap.

So instead, I’ve taken a new approach.

Have two lists. One that you can pour your every thought into – and another ‘realistic’ list.

What do you REALLY want to achieve today? What REALLY needs doing.

Keep it short, succinct and kind. Don’t overload it and prioritise with the stuff you’ve been putting off doing for ages.

And when it comes to the lists where you’re planning ahead of the day itself – you know the ones ‘Where would I like to be in 2, 3 or 5 years time’ or ‘What would I like to have achieved this time next year’ – also be kind.

Set yourself a dreamer goal (FYI mine is that I’d like to publish a book one day, who knows whether that will happen) and four realistic goals that you’re already on your way to potentially achieving.

Make them activity centric rather than number related, because numbers (unless you’re an accountant or in business retail) don’t usually help anyone.

For example, rather than setting yourself a goal of ‘making £1million‘ (but you know, karma if you’re listening – I have bought my lottery ticket) or ‘getting 500K followers on social media‘, switch it to ‘only pressing publish on content that I’m really proud of’. Or ‘getting an article published in a magazine I love’.

Success isn’t defined by numbers – so make your goals inspire your productivity and creativity.

“Start every day with a victory because it ignites our productive behaviour and sets our mind into gear.”

Are you a productive night-owl or an early-bird?

Obviously this tip isn’t always great if your job specifies certain hours or is location-based, however you can somewhat tweak it to work for you. Hear me out…

For example, I am more productive in the evenings.

Maybe it’s because I know in my head that I should be winding down and preparing for sleep. Maybe it’s the rebellious side of my brain coming to life and shouting ‘But no, it’s not sleep time, I have this idea and this idea too, let’s do it!’. Who knows.

But for me, my creativity and productivity seem to spring to life in the evenings. Which is fine because I work from home, for myself and can largely devise my own working hours.

However, my boyfriend works during the day and so if I want to spend any time with him whatsoever, I need to step away from the keyboard and be finished with work for the day. I try to balance things now, because invariably if I have a big project on – I’ll work hours into the night. He understands, and I’ve come to terms with the fact that I’m a productive night owl. I’m a lazy early-bird.

Similarly, if you work in an office and you’re like me too, it can be tricky but you can find ways around it.

Start the day with the smaller tasks, usually anything active can help spring your mind into gear (and help you slip into that, post-active stage) so whether this could be squeezing in an early morning fitness class, or simply doing a tea-round, dropping off the post at everyone’s desks, or perhaps having a little desk de-clutter. Start with small things. Tick off the ‘easy’ emails, the day-to-day tasks that don’t take a lot of brain power.

Then leave the afternoon for all the harder-to-tackle tasks.

Learning to understand your own individual productivity can make you feel less guilty (guilt usually stalls productivity too) and help you unlock your efficiency.

When I was at University, my peers used to spend their life in the library. During exam time, they’d all post status’ on FB outlining they’d set up camp in the campus library and had been there for INSERT NUMBER OF HOURS. I’d receive texts from classmates who also stated how long they’d spent in the library and what time they were planning on getting there in the morning. Apparently the whole world and their dog was in the bloody library.

Though seriously, if there was a dog in the library – I probably would have been there too.

Anyway, I’d start to panic when I realised everyone was there. They were obviously doing HOURS upon hours of work that I wasn’t. Was I going to fail because I wasn’t cooped up eating vending machine snacks all day, surrounded by bookshelves and patronising posters?

But actually, no. Just because they were in the library, it didn’t mean they were doing work for the whole entire time. For many people, it was another social occasion.

I set aside a number of hours each morning and each afternoon to revise, and in between – I’d take time out for me. I needed my lunch-break, on my own, to unwind and refresh for the next revision instalment. I needed to work on my own time. I needed to live a life and exist outside of the library.

I needed a different environment, but it didn’t mean my productivity was any more or less than my peers.

So did I fail my course?

Actually, I received one of the highest final grades in the year group and left with a First Class Honours! Sorry to toot my own trumpet, but I’m proud I didn’t let what was the ‘norm’ influence me, I defined my own productivity on terms that worked for me. Don’t feel guilty if yours are different to others.

Take care of your physical and emotional health

I’ve been slacking recently on the physical side of things, but I do understand the importance of making sure your mind, body and soul are happy and healthy above everything else.

A car cannot function without the right fuel. An athlete wouldn’t be expected to run a marathon on a broken leg.

I always find it heart-warming when you hear stories about workplaces taking care of their employees overall wellbeing. Sure, a hefty pension, a fancy office and a free lunch token might sound rather appealing, but what we really should be pushing for is for our workplaces to understand and genuinely care about our individual general health and mental health.

I visited a company in Italy a few years ago which enlightened me on just how incredible companies CAN be when it comes to looking after their staff. They had an on-site free gym, free personal training sessions, a healthy breakfast bar, snack options, lunch and dinner. You HAD to leave your desk for meals – there was a ‘no crumb’ policy in the office. Meetings were conducted while sitting on huge bouncy balls or standing up. Health assessments were conducted. Yoga classes before 9am were available. Massages, nap areas and ‘mindful’ breaks were also encouraged.

In order for YOU to function, you have to look after yourself and feel looked after. It can be difficult when this is being compromised. I totally understand (from prior experience) that sometimes life gets in the way and we’re all doing the best we can.

My advice is to prioritise yourself over impressing anyone by taking on more work than you can handle. Don’t feel guilty, don’t be afraid to say no (it can be helpful to your productivity when worded in the right way) and don’t take on other people’s work if you feel it’s unfair.

Make time for 10 minutes of the Headspace app everyday (it’s free to download) – and if you can, hit the gym in the evenings to unwind and release those good endorphins.

Start the day with a victory

I recently wrote about life’s small everyday victories, which I stand by ARE worth celebrating, because as mentioned – life isn’t ALL about the big things!

However one key piece of wisdom that I took away from a motivational talk I went to once regarding productivity was to start every day with a victory because it ignites our productive behaviour and sets our mind into gear.

And this productive habit is also favoured by Naval Admiral William McRaven, commander of U.S. Special Operations who in a 2014 speech at University of Texas at Austin said:

“If you make your bed every morning you will have accomplished the first task of the day.

“It will give you a small sense of pride and it will encourage you to do another task and another and another.

“By the end of the day, that one task completed will have turned into many tasks completed.

“Making your bed will also reinforce the fact that little things in life matter.”

There’s something very satisfying about making things neat and tidy – and it also helps you to feel ready to conquer the day.

You’ve conquered bed-making, now it’s time to get to business.

I know it sounds really silly but it’s the little actions we do that really help us to set ourselves up for productivity.

It might be a small accomplishment, but it sets the tone for the entire day.

Our MINI Adventure: A Beach Stay-cation in Aldeburgh 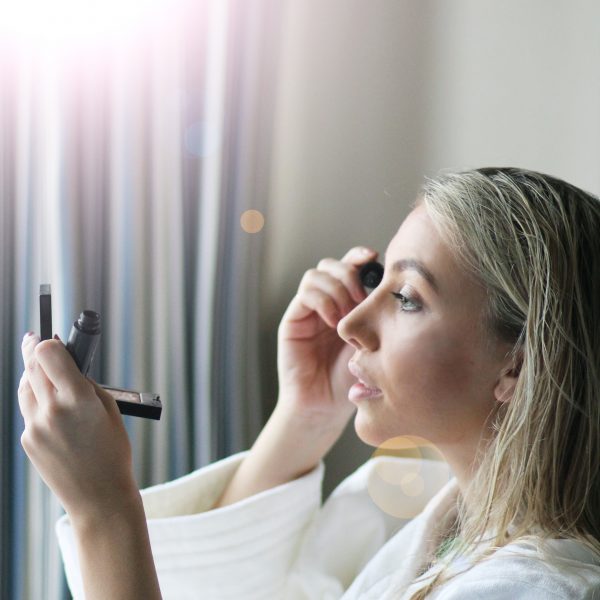