Yep, I can't quite believe I've just typed that - but all my Christmasses have come at once, my dreams have come true - I've written a book.

Anyone who knows me personally will know that it's been my ultimate goal to publish a book.

In fact, it was my very love for writing that originally inspired me to start this blog.

And look at it now!

I've always been a bookworm and found something so incredibly exciting about sitting down with a new title to escape into.

As you turn each page, your mind fills up with a intriguing vibrant new world, illustrated by your own individual interpretation of the written word.

So to be able to introduce you to my book feels incredibly surreal...

As lots of you know, my life so far has been plagued somewhat by a rather pesky (and at times, unrelenting) chronic condition called Irritable Bowel Syndrome.

And yes, it's just as wonderful as the name suggests.

Essentially my bowel is sensitive and irritable - and I've spent far more hours in the toilet than I average person*.

(* I haven't surveyed this formally, but I'm pretty sure it's factual)

IBS is characterised by periods of diarrhoea, constipation, severe bloating, abdominal pain, gas, fatigue and nausea - and 1 in 5 of us have it, whether it's been formally diagnosed or not.

Unfortunately IBS is on the rise, with women in their twenties most likely to receive an unwitting new diagnosis.

It's not quite clear WHY it's increasing in prevalence year on year, but environmental stressors, diet changes and lifestyle could be to blame.

However in a nutshell, it's something we just DON'T talk about as a society.

It's deemed as embarrassing and there's a huge stigma attached to the 'poo taboo'.

But as mentioned, so many of us have it - so we need to start and continue this dialogue.

From the age of 14 to the age of 21, I suffered with my unrelenting symptoms in silence. I isolated myself from friends, could never fully relax within a relationship and almost let it jeopardise my career aspirations.

I was totally tongue-tied.

Or should I say, Tummy Tied. 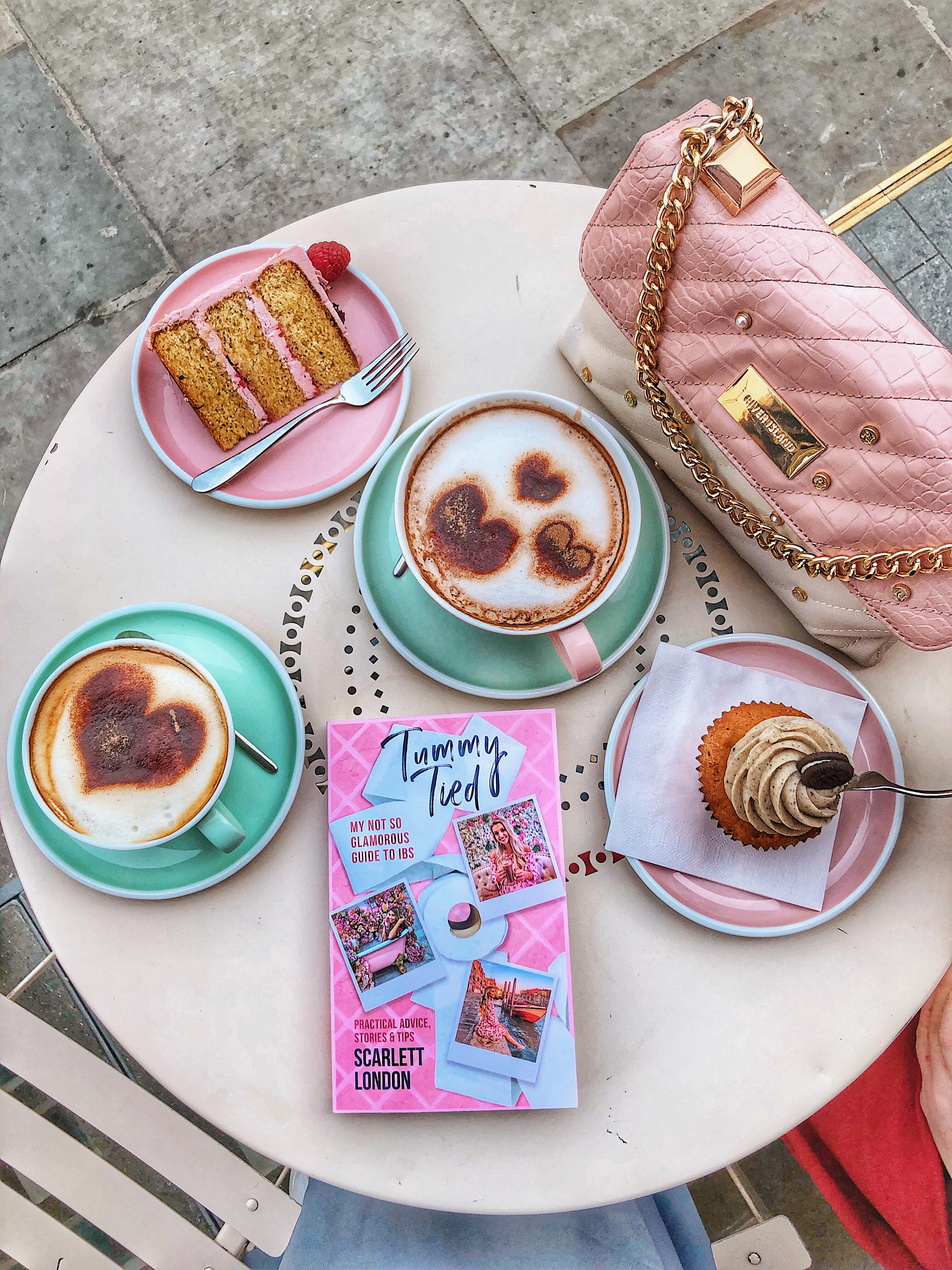 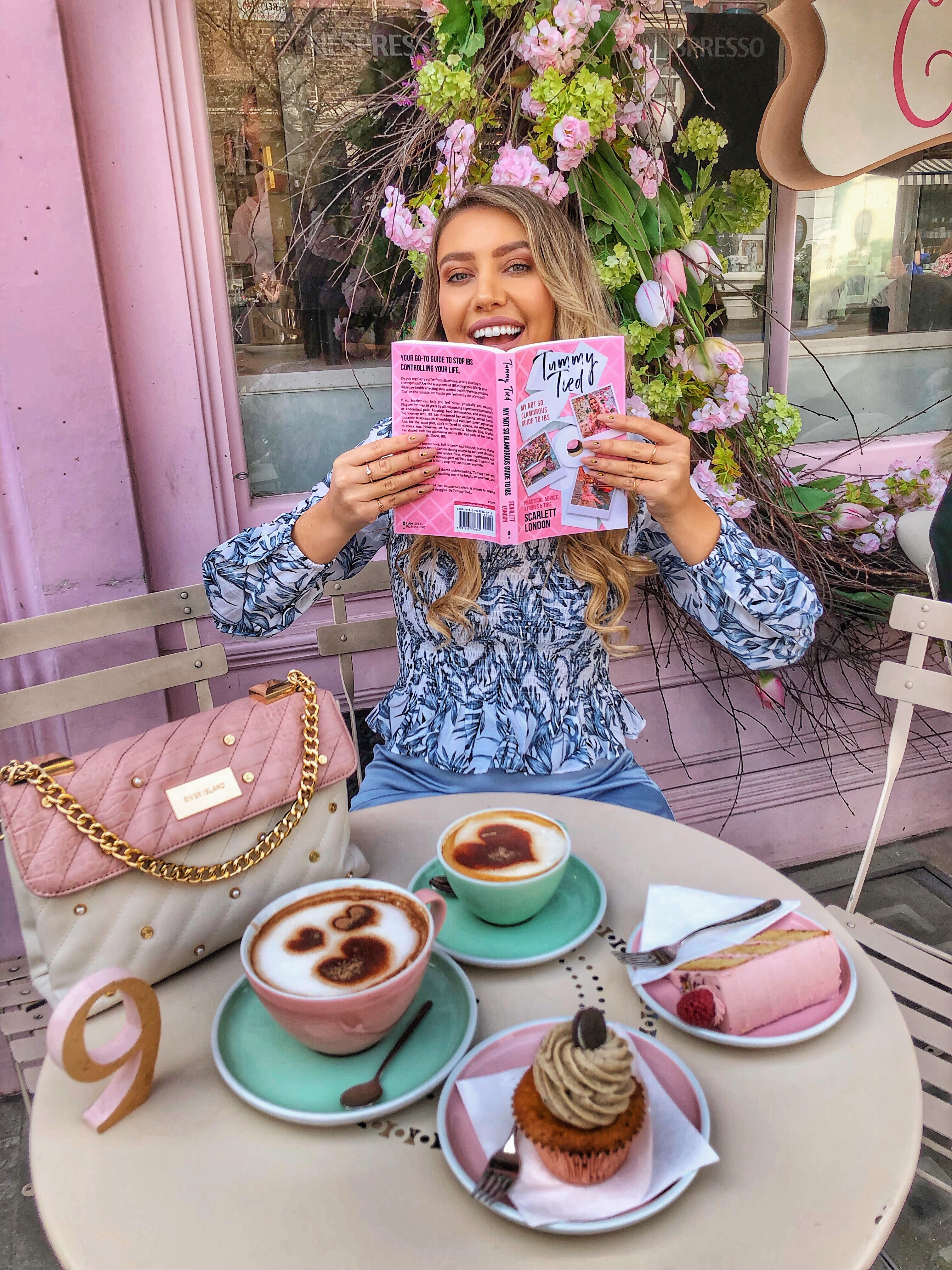 But then I began blogging about my IBS symptoms, expecting perhaps just one of my readers to relate.

The response blew me away - and still does to this day.

I take the time to reply to everyone (or at least I try) but time constraints or character constraints have meant that I've never really felt I've been able to do justice to the advice and support I've wanted to give to each of you who have kindly reached out.

Plus, I've never properly had an outlet to share all of my trial and error IBS tribulations, or the IBS wisdom I've accumulated in the 10 years of research I've conducted on the condition.

Which is why I wanted to collate it all and write a book.

An easy-to-digest, go-to guide to all things IBS related.

A digestive symptom bible, an ear to listen, a support system and something to cheer you up if you're having a bit of a rubbish day and feeling down in the dumps.

After making some HUGE lifestyle changes, both physically and mentally, I’m now 95% free of my symptoms. I’ll always have a stomach that is sensitive to stress, but I have my control back. I’m no longer bloated to the point I look pregnant (special thank you to the guy who asked me once, nope - just a HUGE 6 month old food baby in there mate) and I no longer plan my day around where the nearest toilet is located (woo hoo!).

My current job is a fashion and travel blogger, which is something I set up as a hobby but now make a full time living from, which is very exciting. But often I realise I’m sharing a very ‘glamorous’ highlight reel of my life. So I wanted to publish a book about IBS, not only to show the ‘not so glamorous’ side but also show that you can be both. You can struggle with a chronic condition and still travel the world, go after your career aspirations and not let your stomach issues get in the way.

I also wanted to publish a book to break down the ‘poo taboo’ that we unfortunately seem to have, which makes talking about IBS quite embarrassing and rather difficult, even with people we are close to.

My book ‘Tummy Tied’ is my go-to, easy-to-digest guide to taking back control of your life. And not feeling tongue tied when it comes to digestive health. Or should I say… Tummy Tied!

It’s my story, my journey - with practical advice, tips and TMI anecdotes about

I’d absolutely love your support with the book, whether it’s helping to spread the word - or reading a copy yourself. It would mean the absolute world, as I hope together, we can begin a dialogue around this topic and ensure that no-one has to suffer in silence in the future.

Link - Tummy Tied: My Not So Glamorous Guide to IBS