I haven’t long blogged about Pizza Express (post here) however when their new Christmas/Winter menu launched a month ago, I had to return to give the new dishes a whirl. It is my favourite after all and we were in the area. Anything can be made into an excuse for pizza!

The St Albans branch is a particular favourite of mine because of the memories it holds, having visited there pretty much every weekend with my brother and my dad as a child. The decor (and menu) has remained largely the same since then, which is lovely – as they do have some fantastic classics. I doubt anyone can resist a Sloppy Giuseppe or a plate of dough balls dipped in garlic butter. Nope, me either.

Returning as a dairy-free eater does make things a little tricky when it comes to Italian restaurants however the staff at this branch and others I’ve visited always do their utmost to ensure you’re catered for and don’t go without. We started off by sharing a bowl of Noci – essentially an assortment of spicy almonds, cashew nuts and sweet crunchy glazed chickpeas. I’m not a huge fan of nuts if I’m honest, but they looked amazing and got the seal of approval. 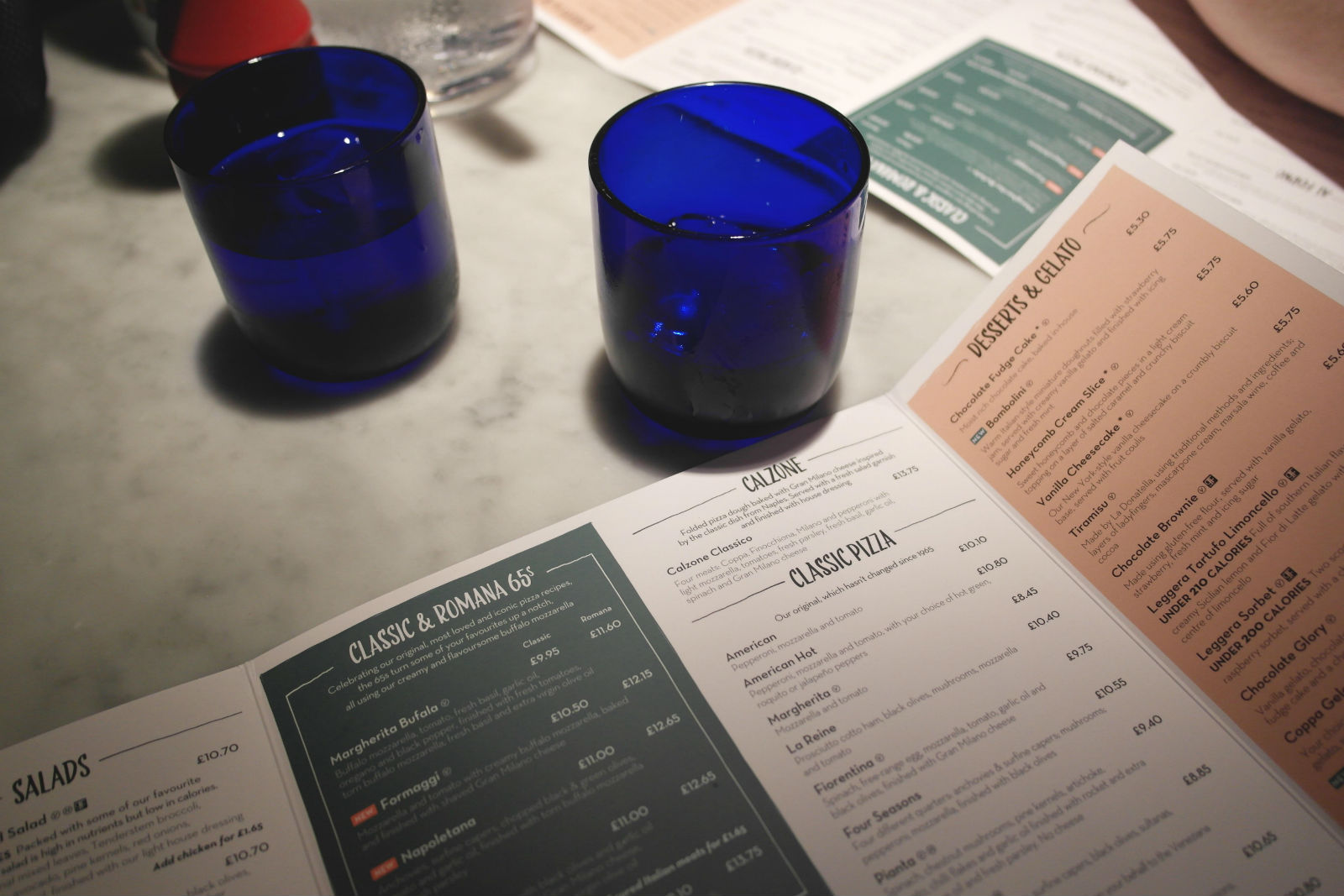 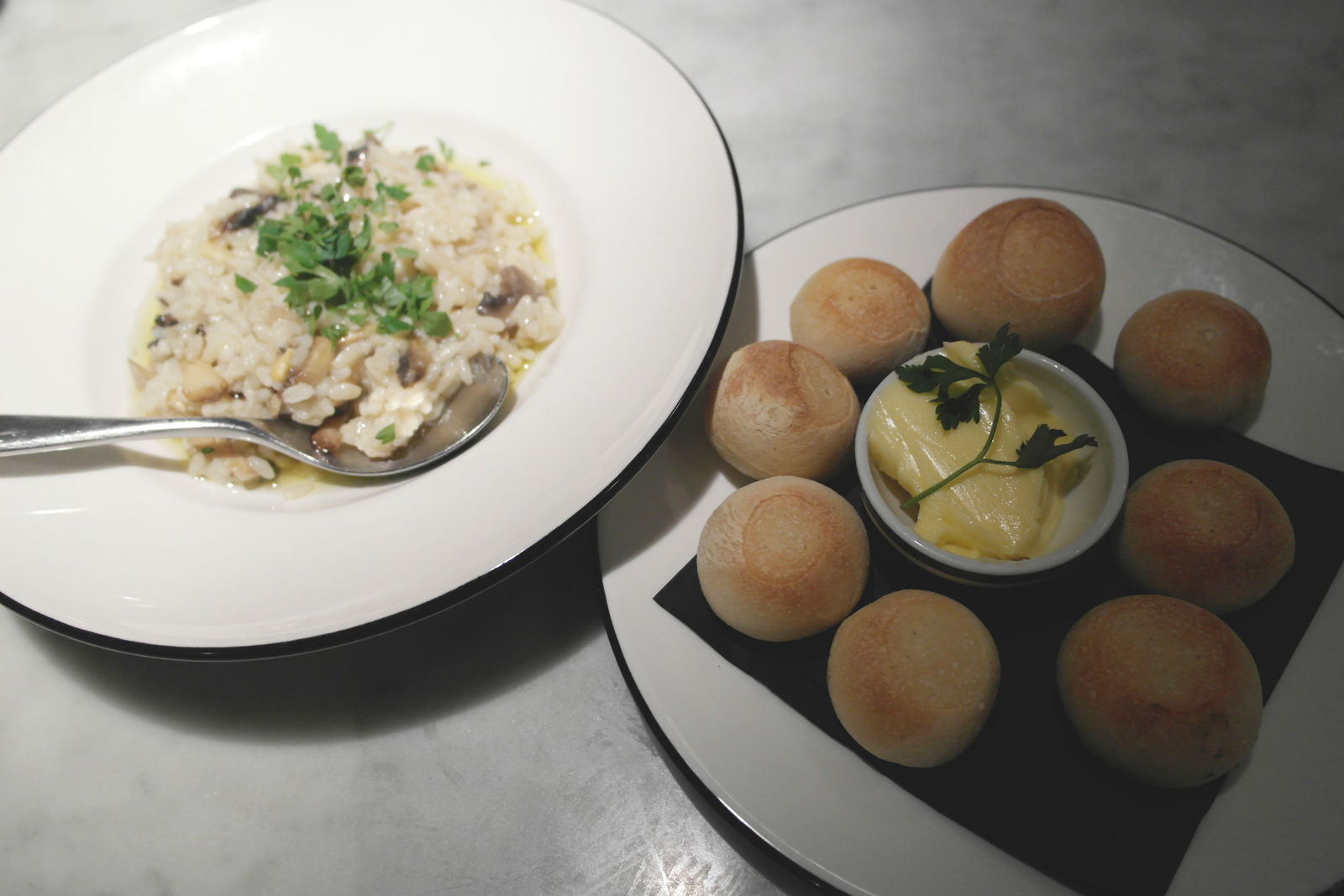 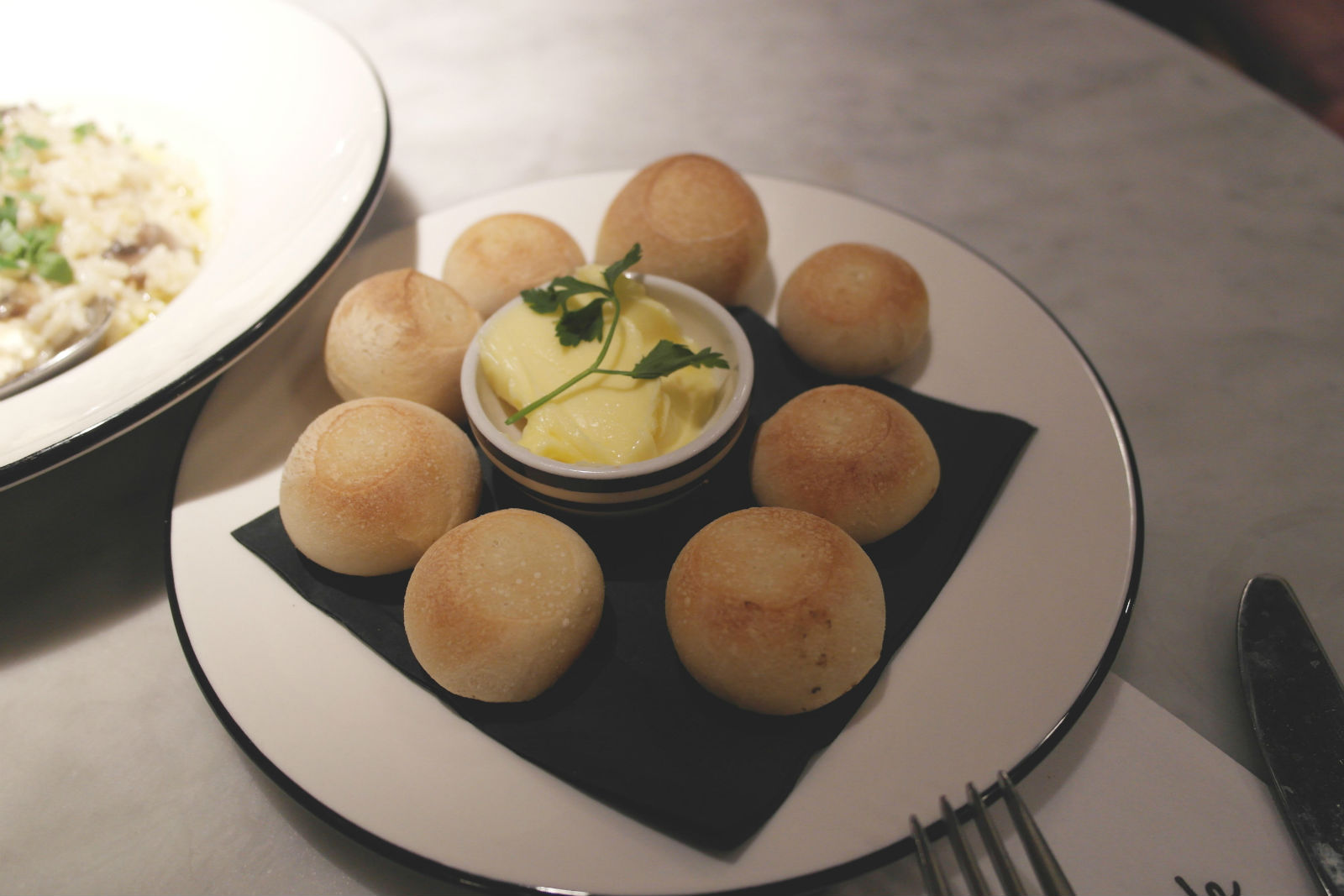 Starter-wise, the dough balls remained a choice we couldn’t resist (they’re dairy and egg free, as long as you for-go the garlic butter) teamed with their new creamy Risotto Mio. The perfect sized starter portion (often risotto’s can double up as main meals because they’re so filling), it featured an assortment of chestnut and closed cup mushrooms, white wine, parsley, garlic oil and pine kernels, topped off with a large helping of gran milano cheese and truffle oil.

Despite the incredibly rich sounding ingredients, apparently it was amazing (it certainly photographed well) and if it’s something you’d like to opt for as a main, a larger portion can be provided. I always think that risotto’s are very difficult to get right, especially in a chain restaurant – because they can taste a little too stodgy and not quite fresh. This one however, didn’t disappoint. I didn’t undergo the taste test myself unfortunately, but David said it was excellent.

The main’s menu doesn’t actually offer a pizza without cheese, which I do think could be improved upon (if I was being fussy) since both I and the lady on the table behind (and I’m sure many others in different sittings) didn’t eat dairy for whatever reason. Whether it’s a lactose intolerance, a general dislike or you’re trying to keep healthy, I really do think some of the best pizzas I’ve tasted are without cheese (you may not believe me) as all the other vegetables, herbs and flavours aren’t swamped by one stringy pile, they really stand out. You probably won’t believe me, but it’s certainly worth a try – and for me, minimises that bloated feeling you usually get after eating pizza. 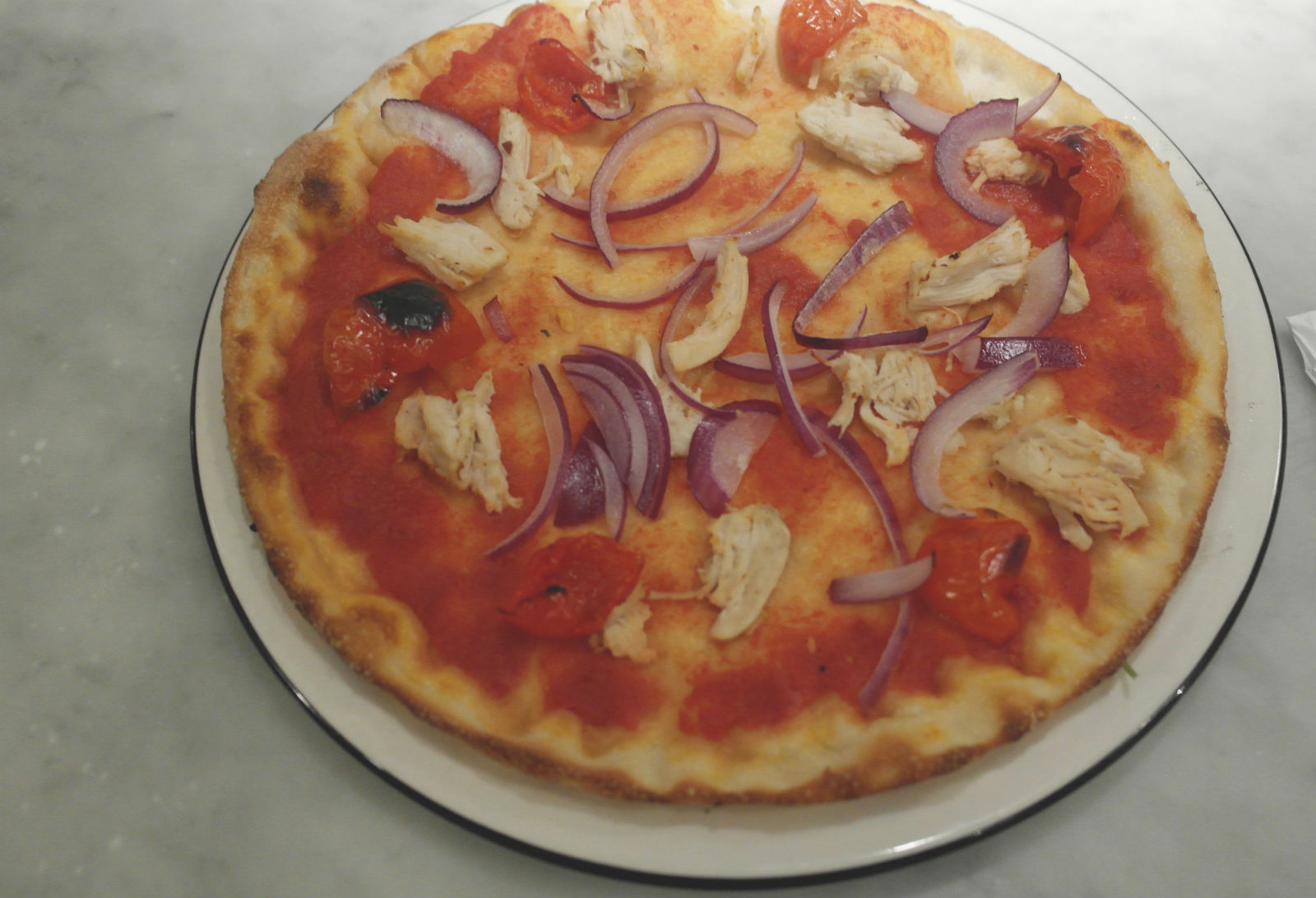 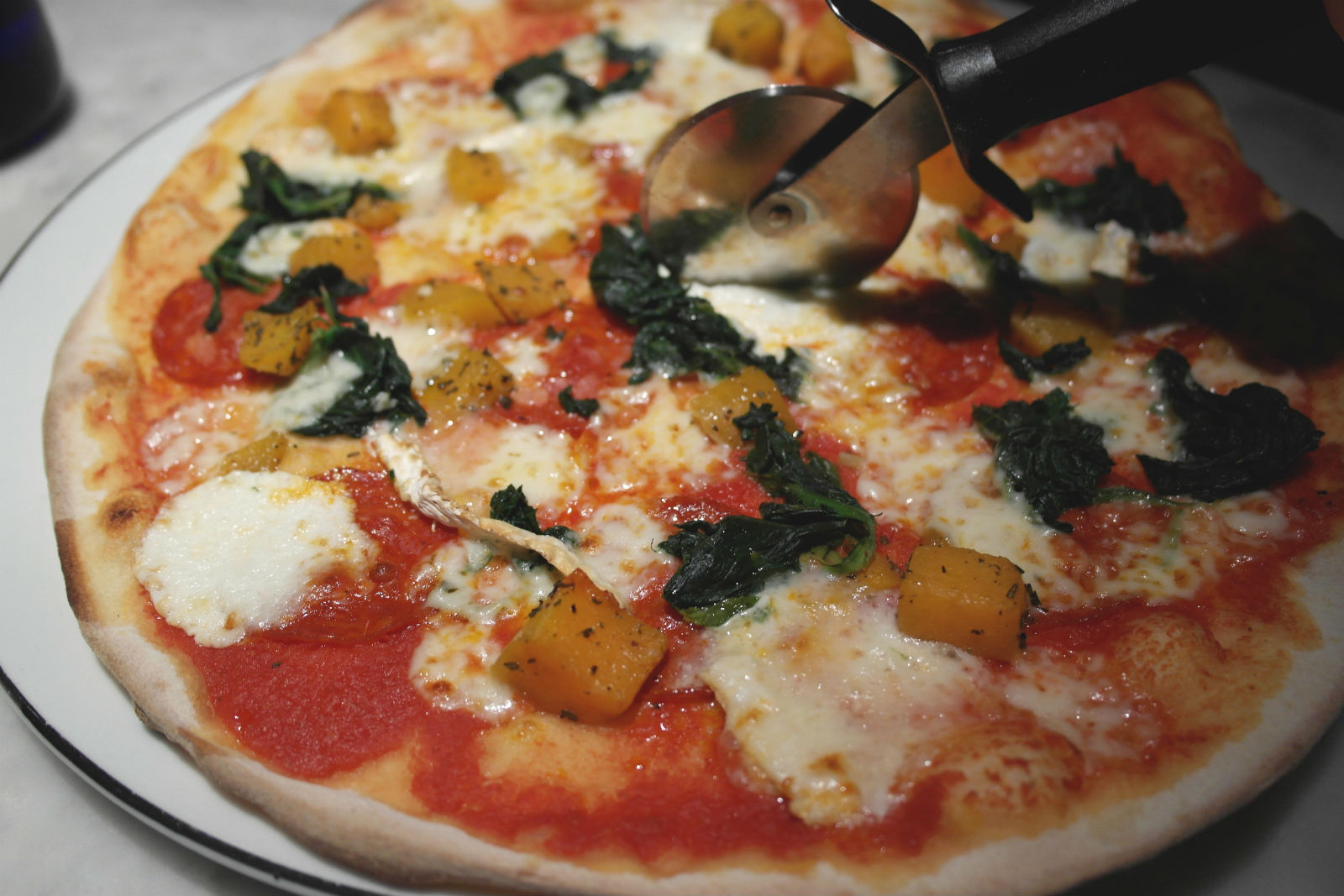 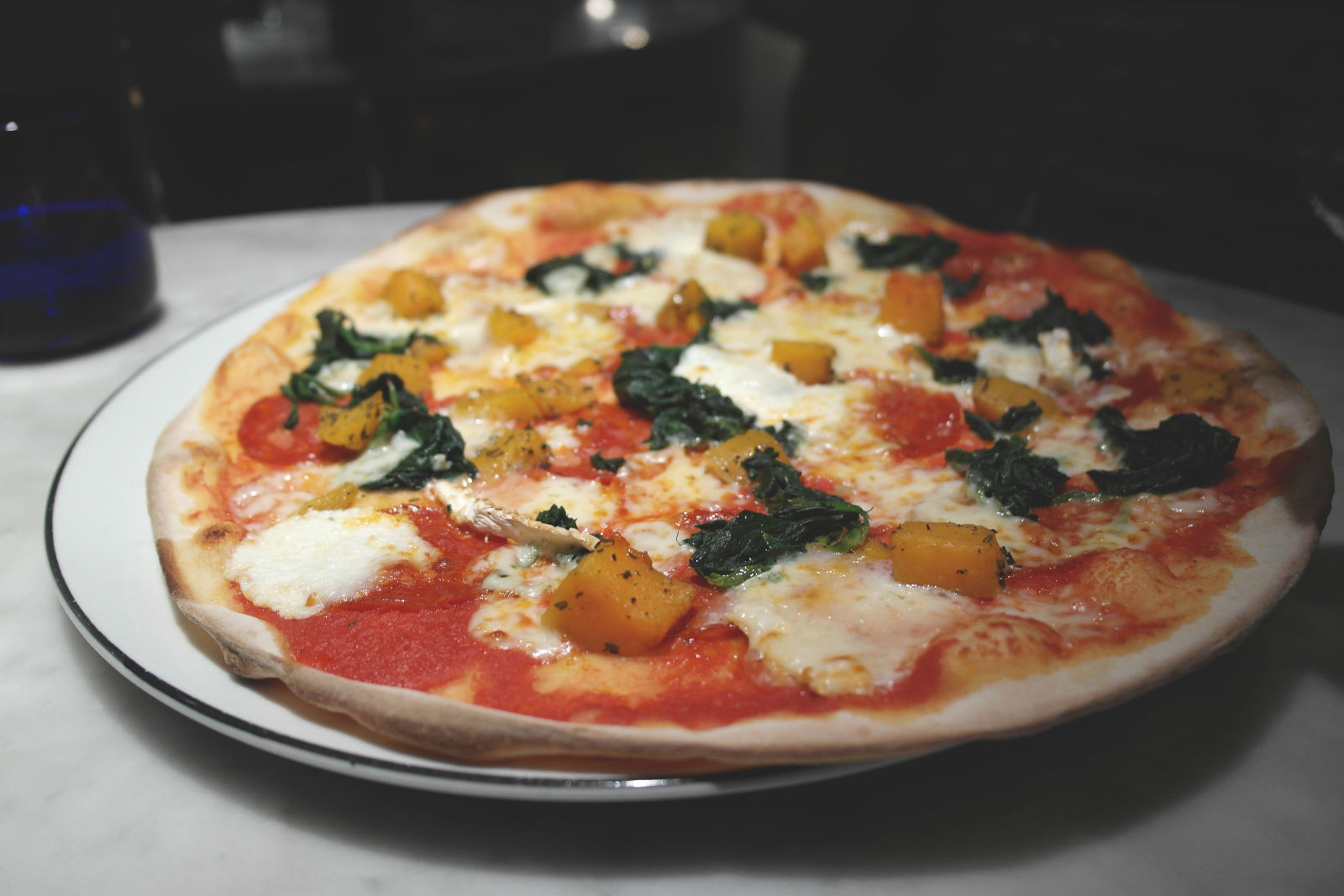 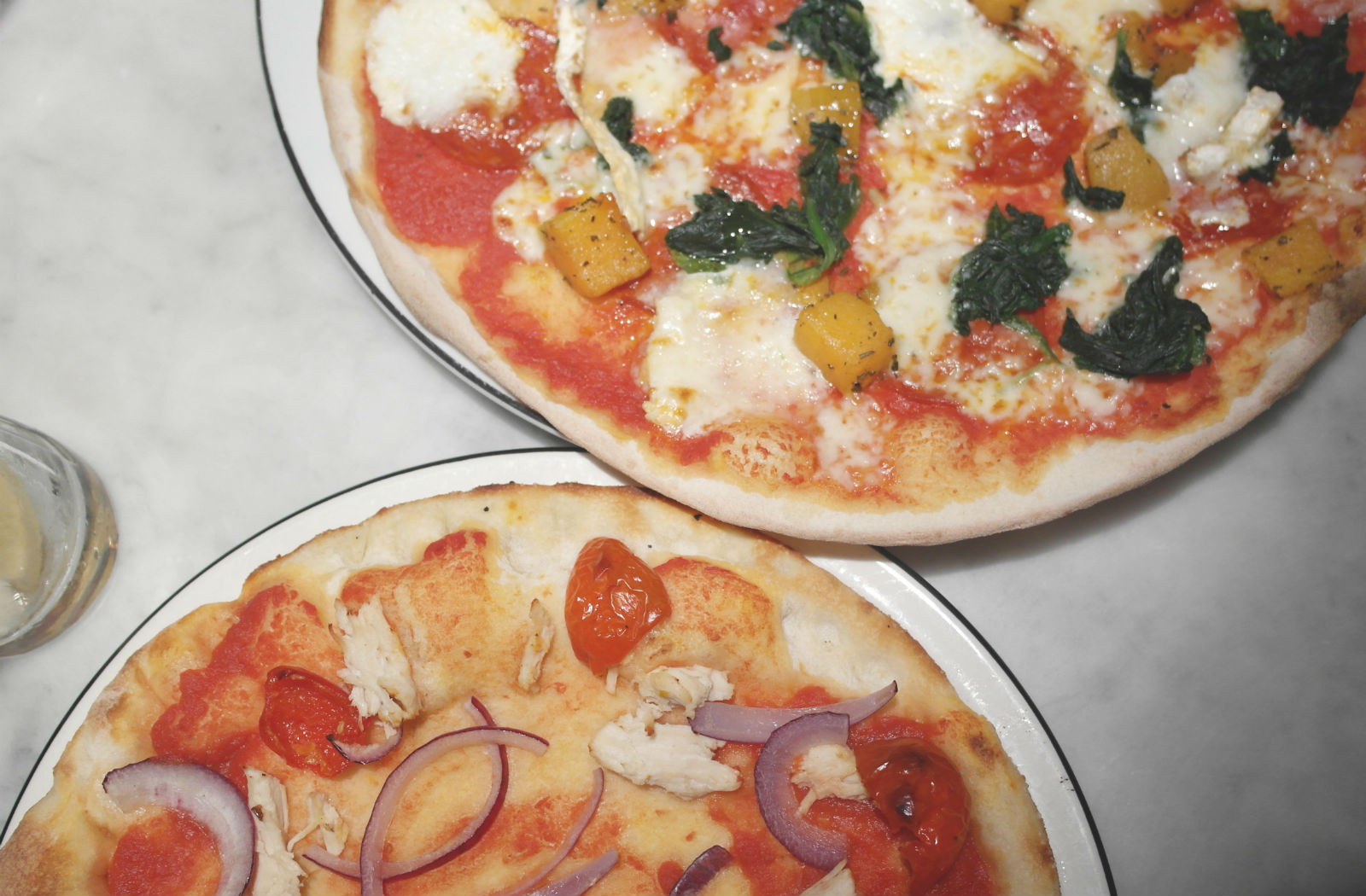 Despite this, as I said before – the staff at Pizza Express are always more than willing to tweak different pizza selections to your preferences and very helpfully state on the menu ‘if we’ve got the ingredient, we’ll make it for you’ – topping wise! I chose the Pollo ad Astra as a starting point, with chicken, sweet peppadew peppers, red onions, tomato and garlic oil – on a classic base. The pizza as a whole was fantastically cooked, with a crispy crust and slightly doughy middle. If I was being super fussy – I would have liked more passata to make up for the lack of cheese, however I still enjoyed every last bite – and didn’t stop until it was all gone, which for me (as someone who rarely finishes an entire plate of something) it is telling of how much I’ve enjoyed it.

David opted for the new Autunno pizza, which was created by a customer and inspired by the shades of Autumn. This colourful creation features the usual culprits, teamed with chorizo, goat’s cheese, roasted butternut squash, spinach, garlic oil, chilli flakes, chilli oil and fresh parsley. Those are quite some toppings! 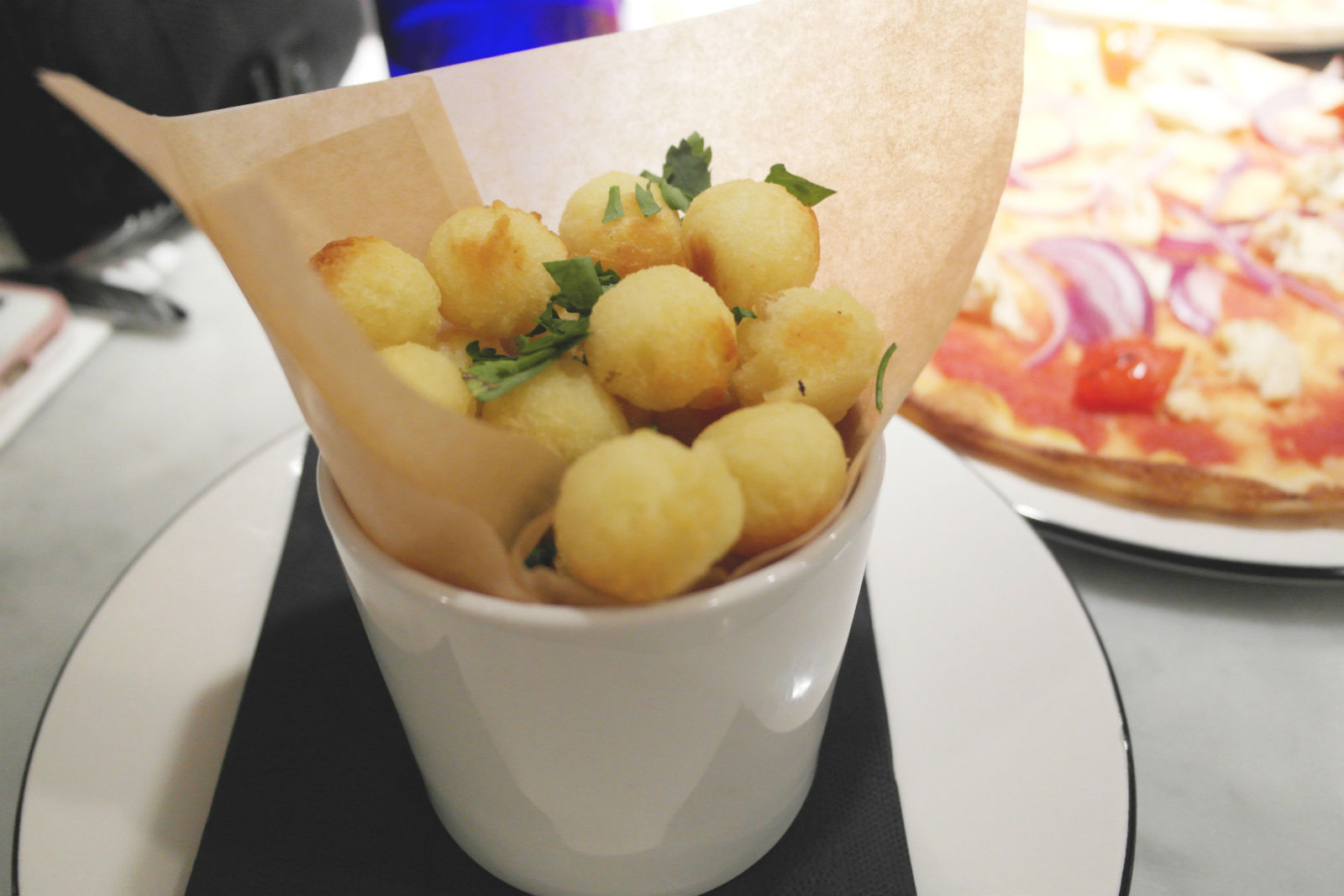 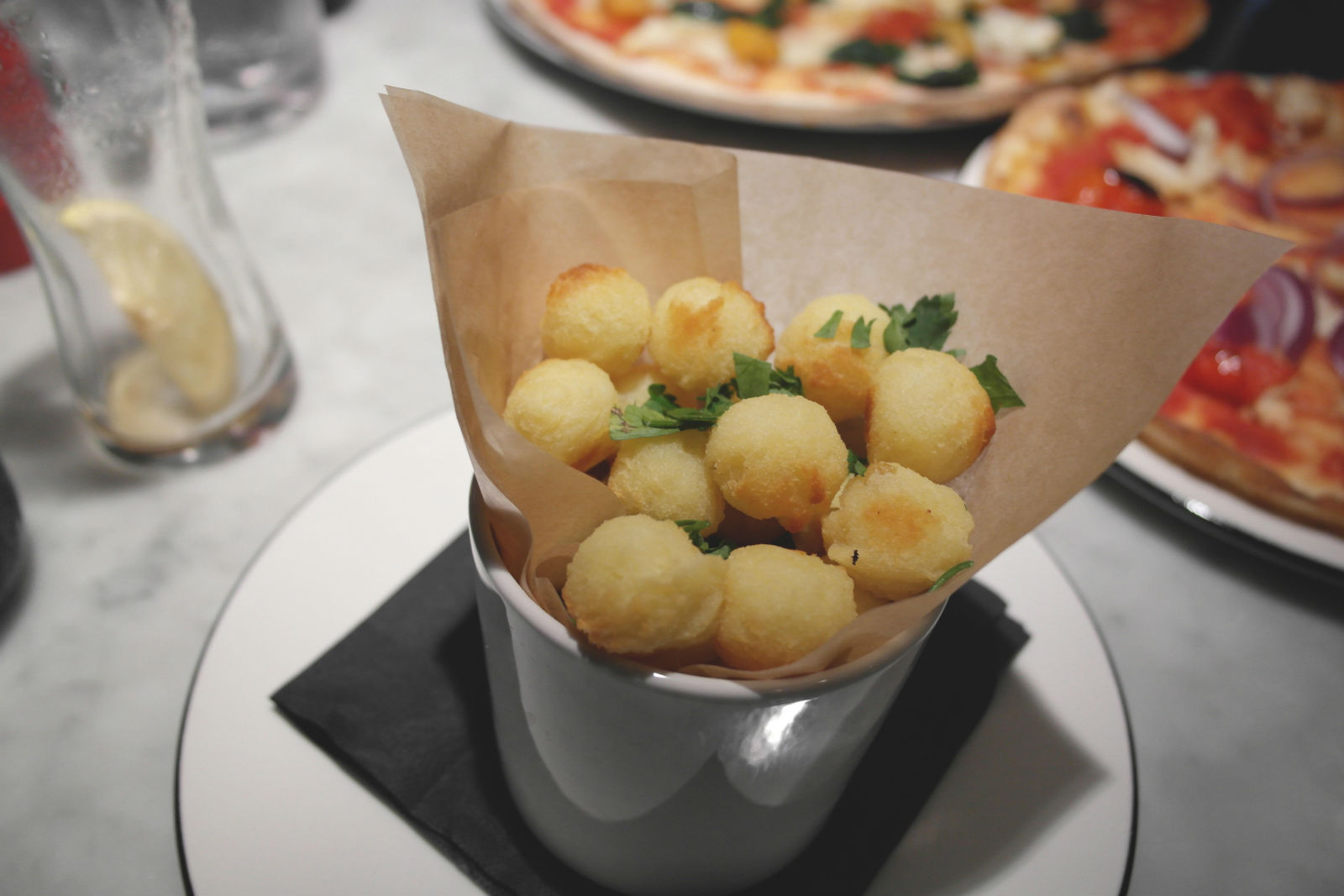 Side wise, we thought we’d try out their new Potato Nocciola, which I thought was going to be a little like fried gnocchi but actually, turned out to be just really crispy (and delicious) round chips (essentially). Gran Milano cheese can be added, in addition to a splash of truffle oil – which sounds amazing, however we stuck to plain so that I could eat them. 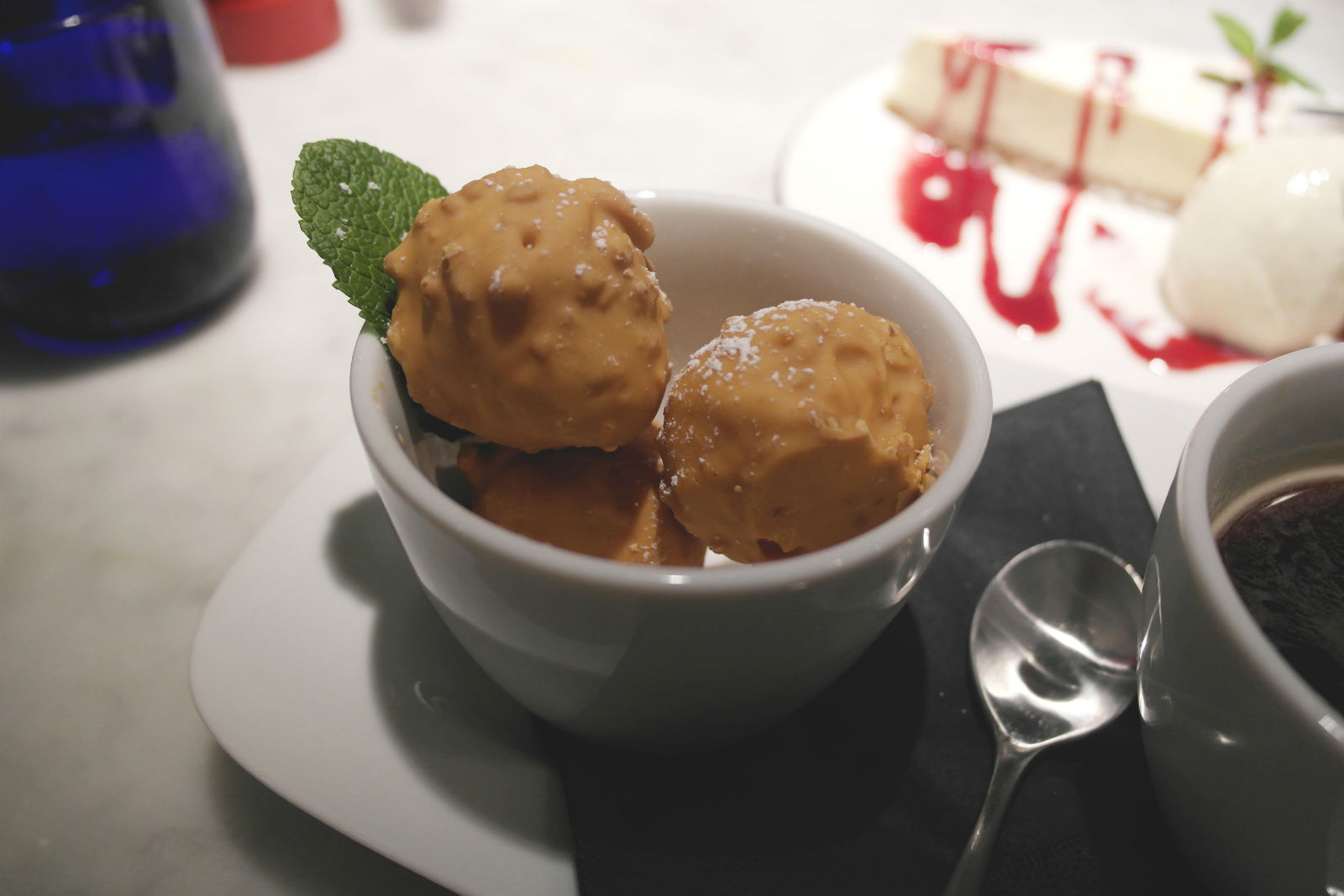 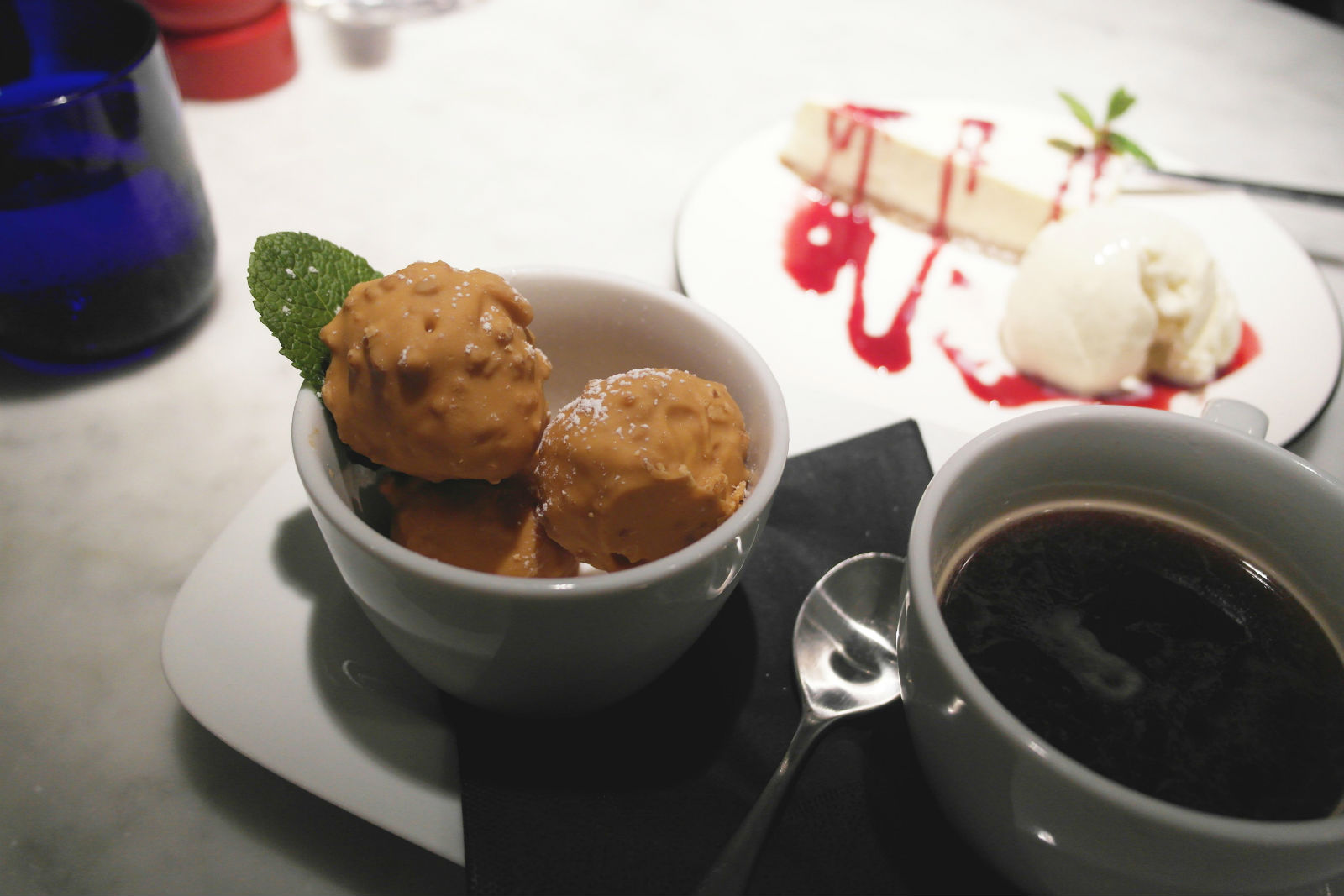 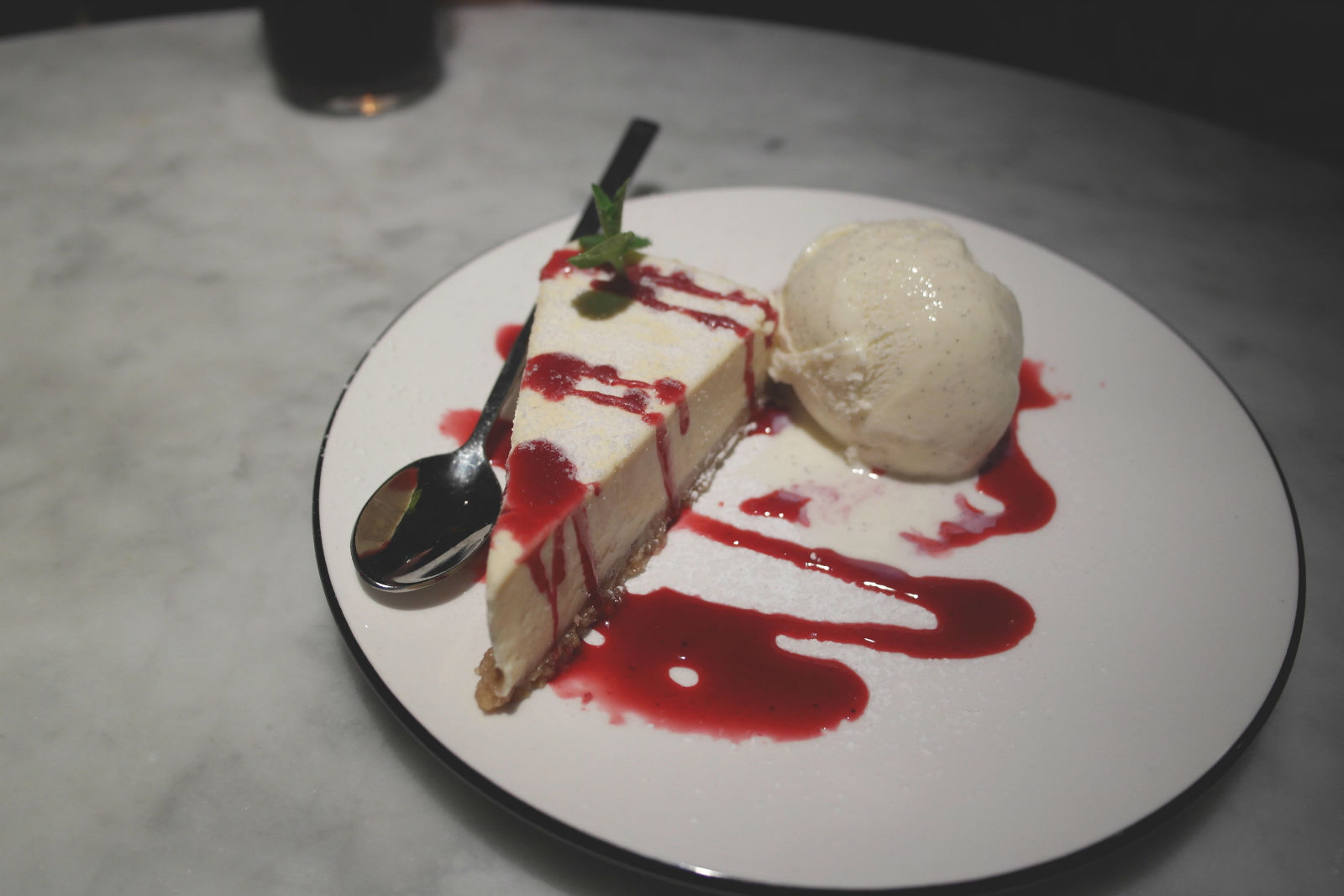 Dessert wise, sorbet was available to me – however I was so full, we decided to order a mini dessert and a larger dessert from the newer menu to photograph. High on the list of potential options was salted caramel profiteroles, which feature in their ‘Dolcetti’ menu as a smaller portion, with a side of tea or coffee. Prior to being DF, this would have been my ideal dessert – as they looked and sounded incredible. The speed at which they disappeared indicated that this theory was true.

We also ordered a plate of their classic cheesecake, which arrived drizzled with raspberry sauce and with a generous scoop of vanilla pod gelato. Mmm…

Overall, the new menu additions are fab – complimenting the classic dishes perfectly. Pizza Express do understated but flavoursome Italian very well indeed and these new offerings fit in with this well. If you’re heading there anytime soon, make sure you try something from the updated selection while they’re still featuring on the menu. You won’t be disappointed!

Have you been to Pizza Express recently? Would you like to try out their new menu additions? 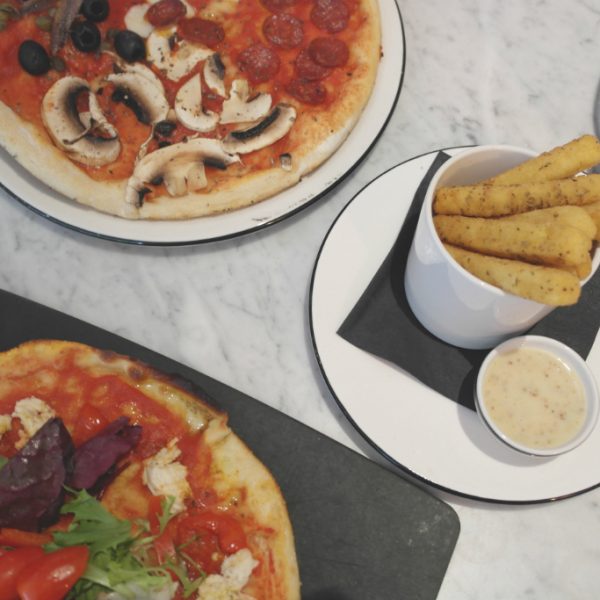 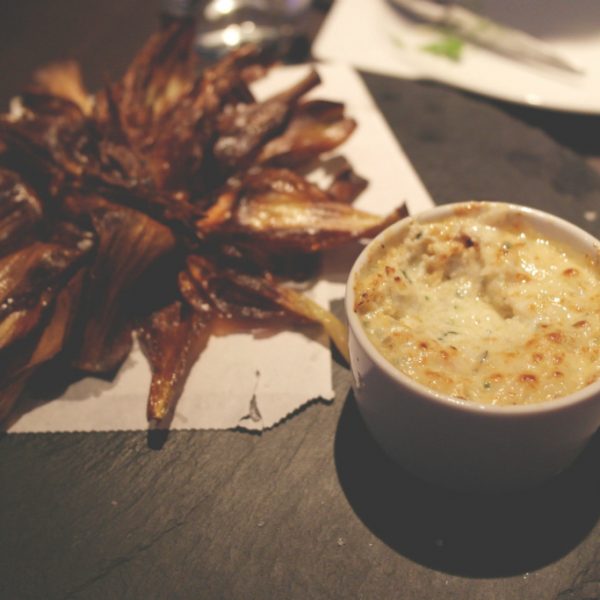 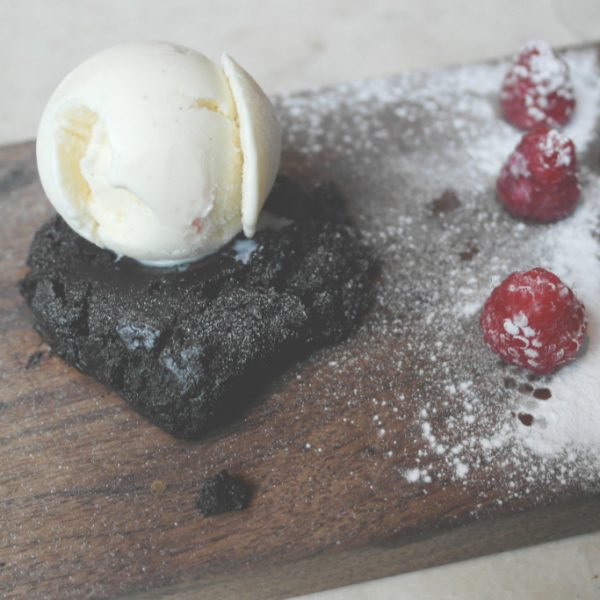