So if you’ve been active on the Twittersphere over the last few days, you’ll have probably come across a CERTAIN article on the Independent. I won’t link to it because they’ll probably having been reeling in the page views already (not to mention the advertising hits) but in a nutshell, it tore down and I would go as far to say – bullied – a fellow blogger with nasty, negative and uncalled for comments that I can only describe as vulgar. I’m willing to bet that the lady who wrote it was feeling bitter and jealous at the time of publication because the strange statements that roll off her tongue are very misjudged, contrived and uneducated.

I feel very passionately about the blogging community and all that it represents. I’ve never before come across a more hard-working bunch and with over 6 million viewers and a constant stream of videos, blogs and vlogs, Zoe Sugg (aka: Zoella) is certainly the biggest advocate of that. Building a loyal readership, regardless of what PR’s and journalists think, takes time, dedication and a hell of a lot of passion for what you’re doing. Unlike other career paths, your job doesn’t finish at 5pm and your workload isn’t left at your desk. Not that I’m complaining. But it is very much a 24/7 job and calling it an ‘easy peasy path to fame and fortune’ is completely ridiculous. If you want an easy path, Big Brother or The Apprentice is a far less time consuming option. I’m just saying.

If this lovely journalist had actually taken time out of her busy schedule (of slagging off fellow women – whatever happened to supporting each other and bringing women together eh?) and actually watched Zoe’s videos, you’d see that she didn’t ‘start’ off offering beauty advice nor does she tell teenagers ‘to put make-up on’. Unlike celebrities, who plaster themselves in make-up and spread themselves out provocatively in magazines, Zoe is quite happy to vlog herself with no make-up on, baring spots and all – and letting us (and the impressionable younger generation) know that it’s alright to do so. If we lead by example, then I can think of far worse role models than someone who actively promotes feeling comfortable in your own skin.

Zoe and her vlogging friends are undeniably beautiful but I believe they are a far more healthy aspiration to those permeating the media themselves, which journalists like the above have reinforced year on year. Has this woman forgotten that our fashion and beauty industry until now has always been about ‘making you the best woman you can be with layers of cakey make-up’, ‘getting your best bikini body’ and ‘diet plans you CAN follow’. Are there any video titles exploring the latter, I think not.

If you’re talking about ideals and role models, which would you prefer your daughter to aspire to?

Unlike journalism – an industry I know from experience is full of falsities and photoshop – blogging and vlogging represents reality. I doubt very much that Zoe has ever airbrushed her videos, put together a constructed and contrived script or set about to embed an ideal into her audience. She’s just the big sister every young girl needs – and the ‘soapbox’ described is her life. If as a nation, we have to be voyeuristic than surely it’s healthy to see Zoe’s unfiltered version, warts and all – showing us that it’s okay to be sad, anxious, unhappy, happy, excited and emotional.

In a world where social media is considered dangerous to some extent, with trends sweeping the nation like wildfire, I often fear that my younger sister (who is 7) will grow up and have a distorted view of what is beautiful. Already, she has television programmes galore focusing on beauty – rather than it being in the eye of the beholder – and she has made a couple of comments that have horrified me in terms of what is put out there for young children to consume. Which is why I hope that vlogging and the YouTube generation continues. It’s such a positive and REAL outlet for young people to aspire to. When it comes to blogging, I truly feel that there’s a place for everyone.

Unfortunately when you’re out there in the public domain, there’s always going to be someone who wants to tear you down. It stems from jealously and bitterness and it’s not right but the best thing to do is not give them the satisfaction. Zoe doesn’t swear, drink, do drugs or have any tattoos – which I’m sure most parents with young children watching would breathe a sigh of relief over – yet here she is being criticised for something silly like talking about an eyeliner. Goodness me. Whatever next!

What do you think about the article? Do you agree it was uncalled for – or do you disagree? 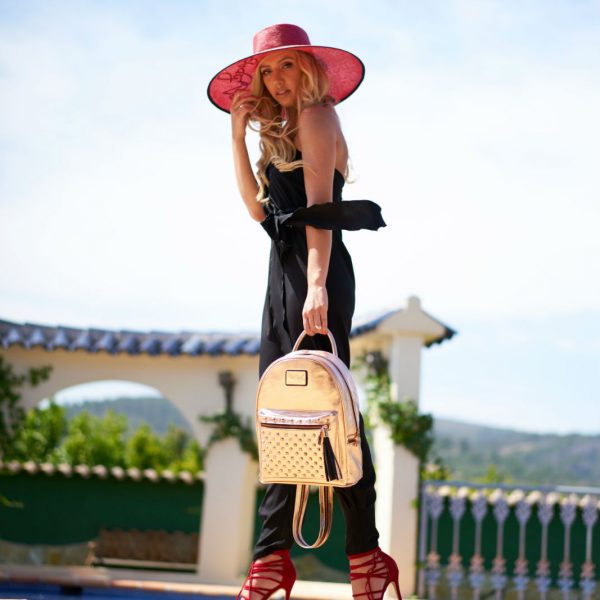