Now that I’m blogging full time (it still feels very surreal to be saying that), I’m trying to ‘up’ my blogger game as much as I can. It’s a rather saturated market and I’m not your typical fashion blogger. I find it tricky to perfect a pose and take a good picture, but I do absolutely love fashion and I think it’s best displayed when it’s styled on yourself, so it’s something I’ve had to work on. I’ve recently invested in a new lens, which I think has really improved the picture quality – however as ever, much of the struggle is finding a great backdrop – since even if you’re blurring it, it has to fit in with the overall theme of your outfit. There’s a lot more that goes into taking a picture than you think!

So, eager to find some more creative places to take photographs, David and I took a trip to my local Bluebell woods – since the season means that they’re currently in full bloom. It was a late afternoon stroll, so we weren’t entirely sure what the lighting was going to be like – but we actually got rather lucky! The very place we had in mind was illuminated by early evening beams of sunlight, gently breaking through the trees and casting shadows in all the right positions. In fact, it was so pretty – it looked like a little secret fairyland. 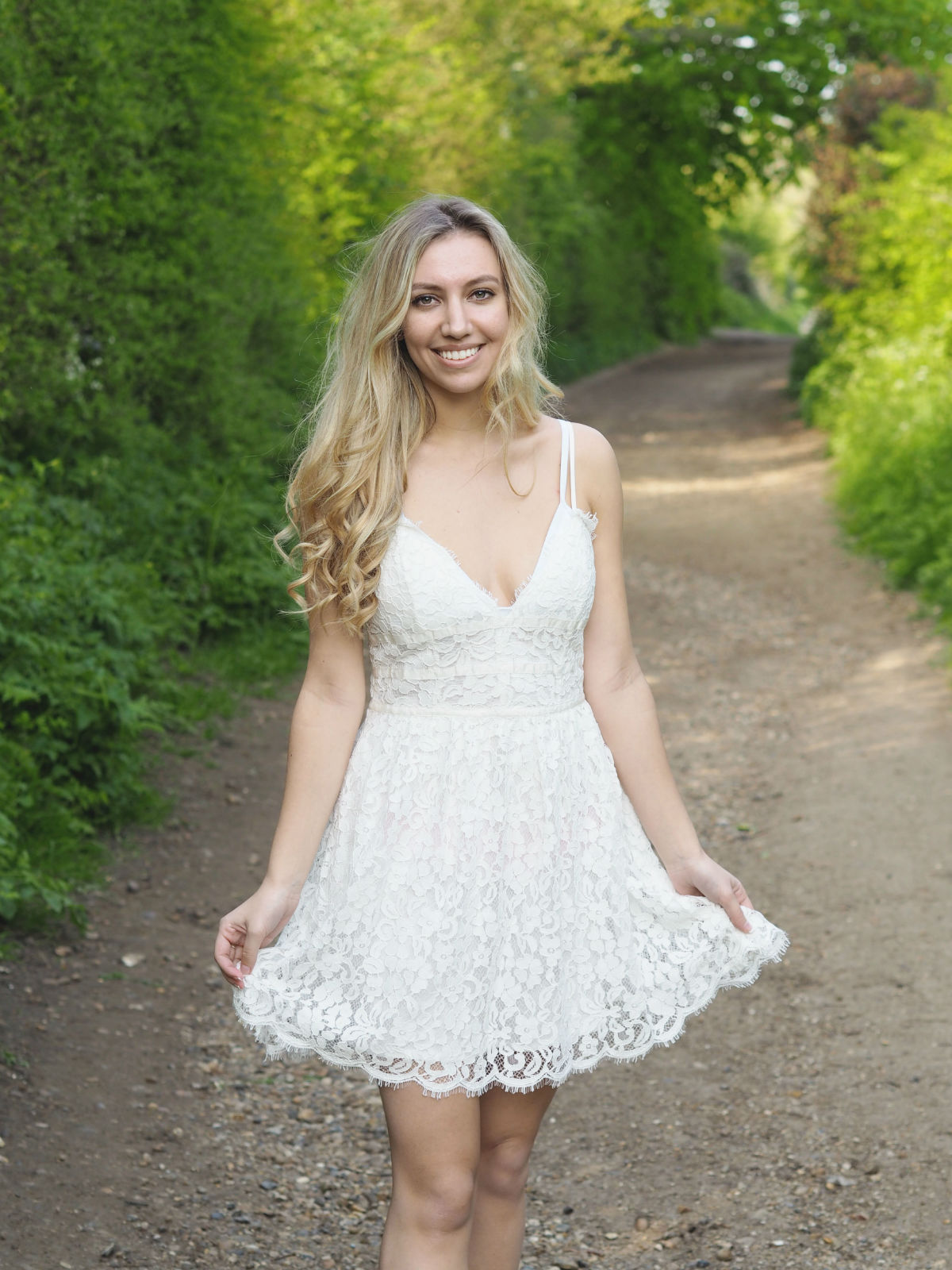 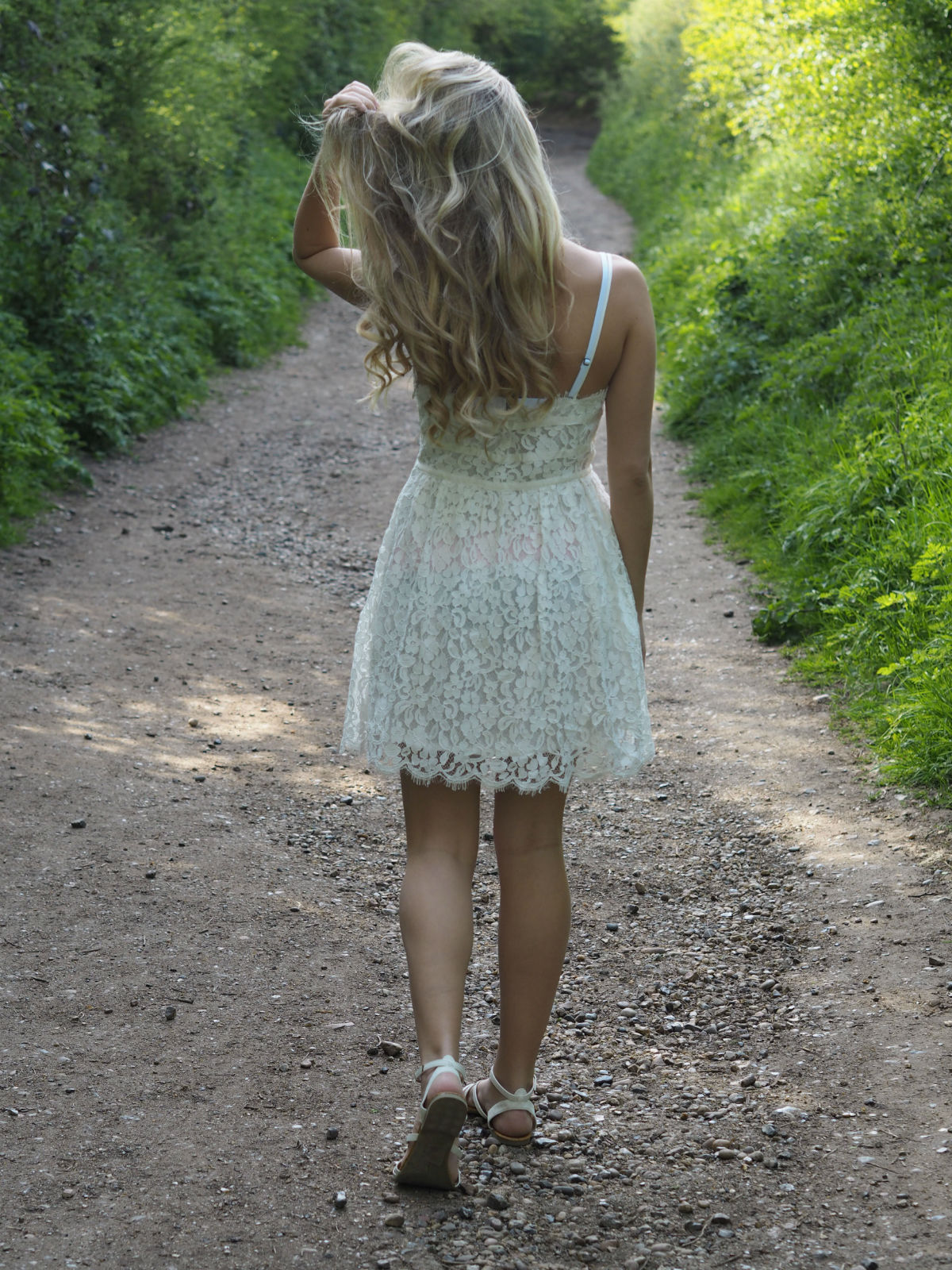 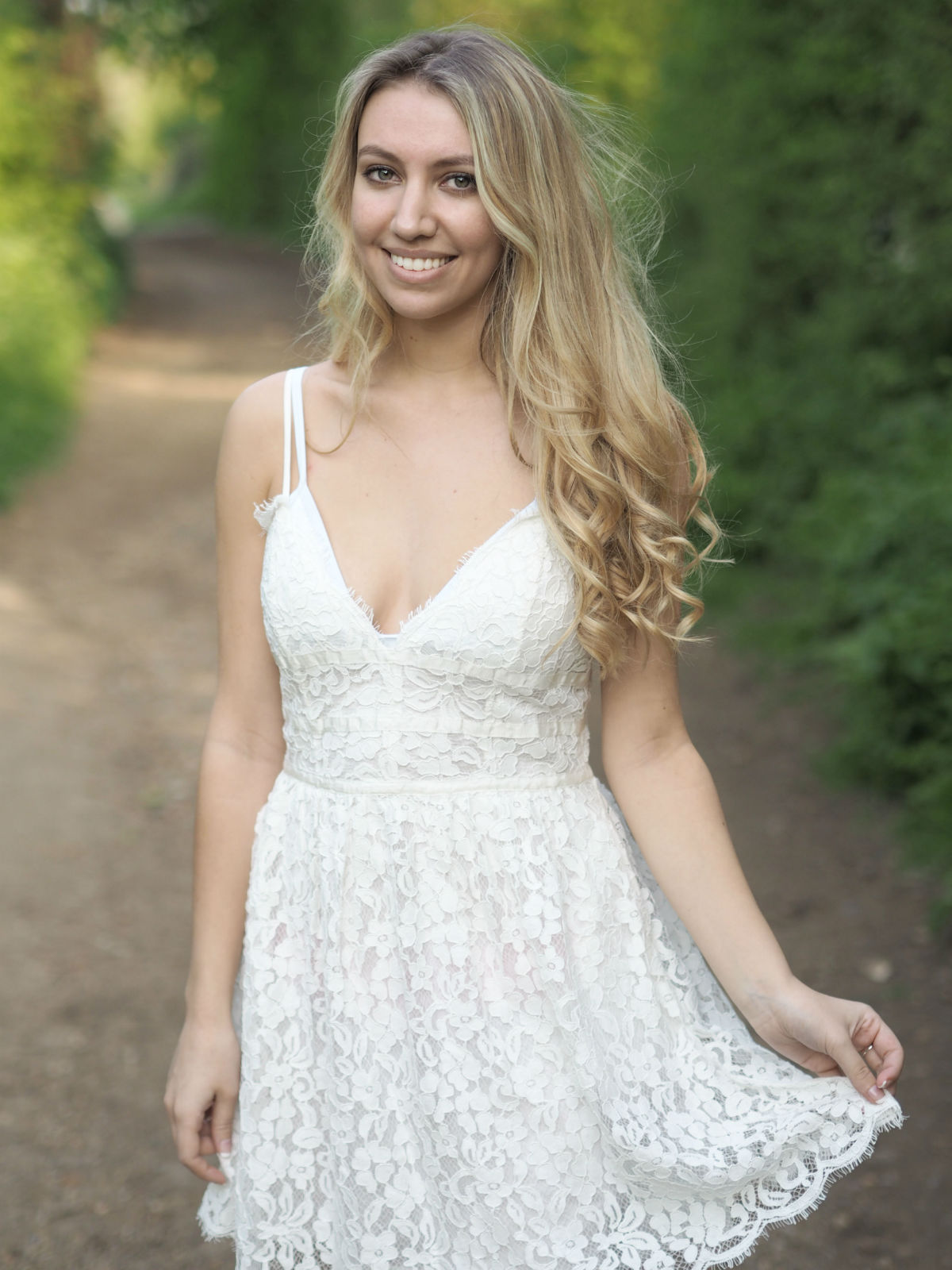 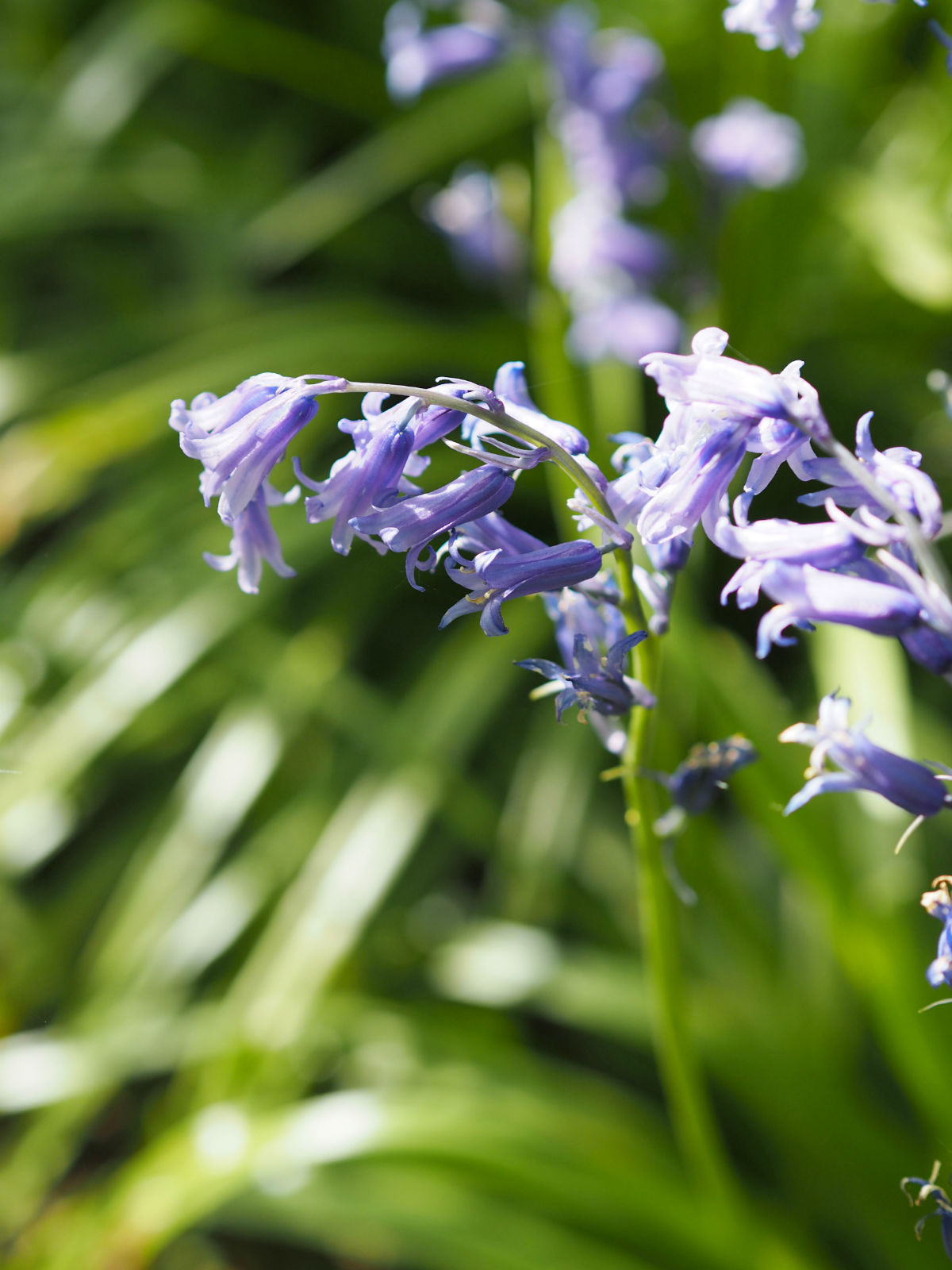 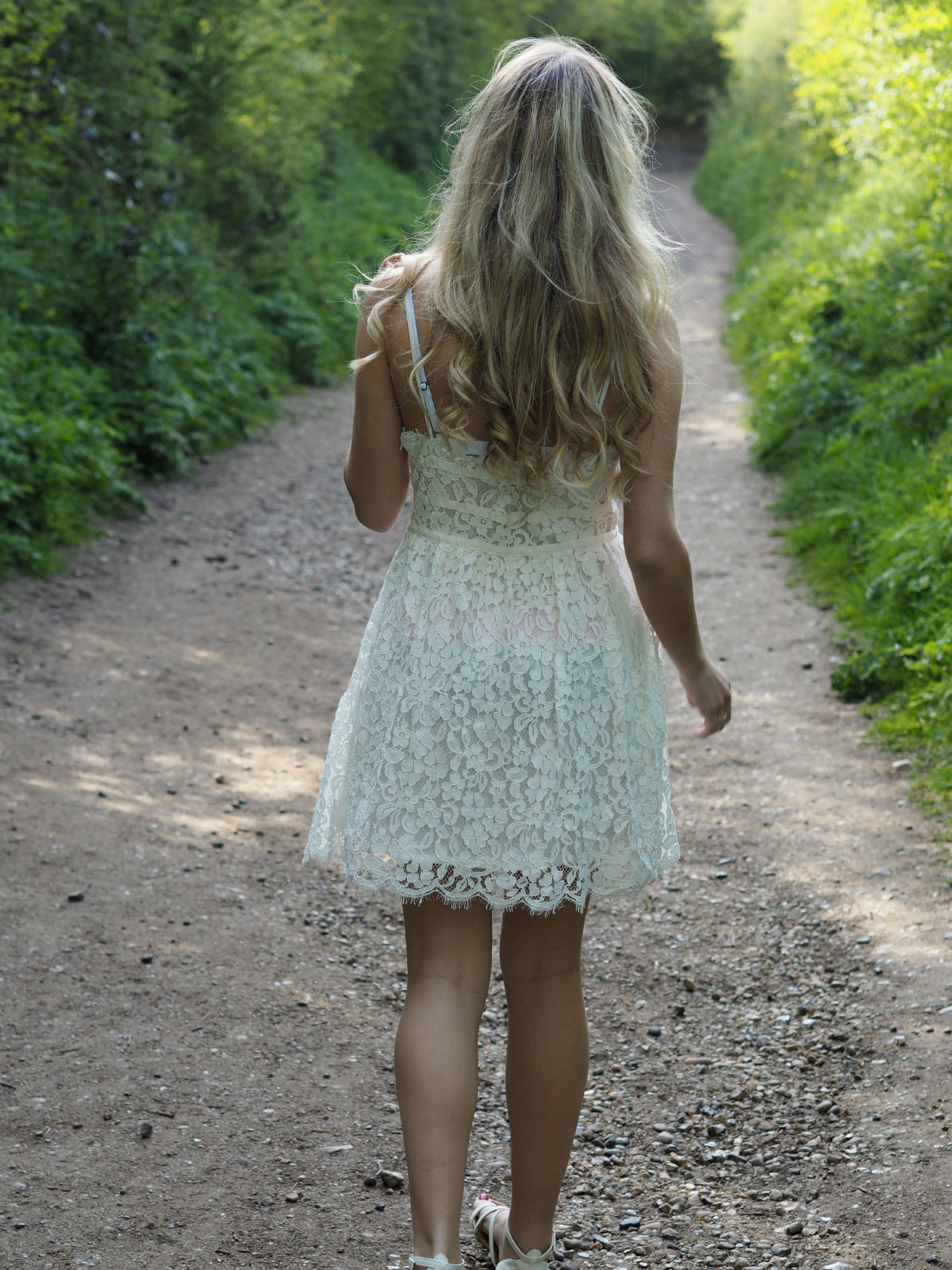 I feel even my attire was rather ‘fairytale’ like, with this white dress from Revolve standing as the centrepiece. If you’ve been reading my fashion pages recently, you’ll know that they’ve become a firm favourite of mine – with a selection of gorgeous girly dresses, tops and jumpsuits. Everything is so flattering and so feminine, with a bit of a Coachella vibe (think boho but contemporary). It’s not massively expensive, but you do sometimes have to pay the import costs and taxes, as everything comes over from America. Saying that, in total – it’s no more than your usual Asos haul!

Last weekend’s gorgeous weather was the perfect excuse for me to trial run my new white lace dress, which is possibly the comfiest yet most beautiful thing I’ve owned in a long time. It’s sold on Revolve but it’s actually designed and made by Nbd, who have quite the selection of pretty summer dresses! My only complaint is the sizing, as I got this in a medium (I’m an 8-10 usually) and it came up a little big. I like things quite fitted round the waist, otherwise I can look quite ‘boxy’ as I’ve got big hips, but this was a little baggy on me. If you’re a similar size, I’d recommend going for the small, just in case! 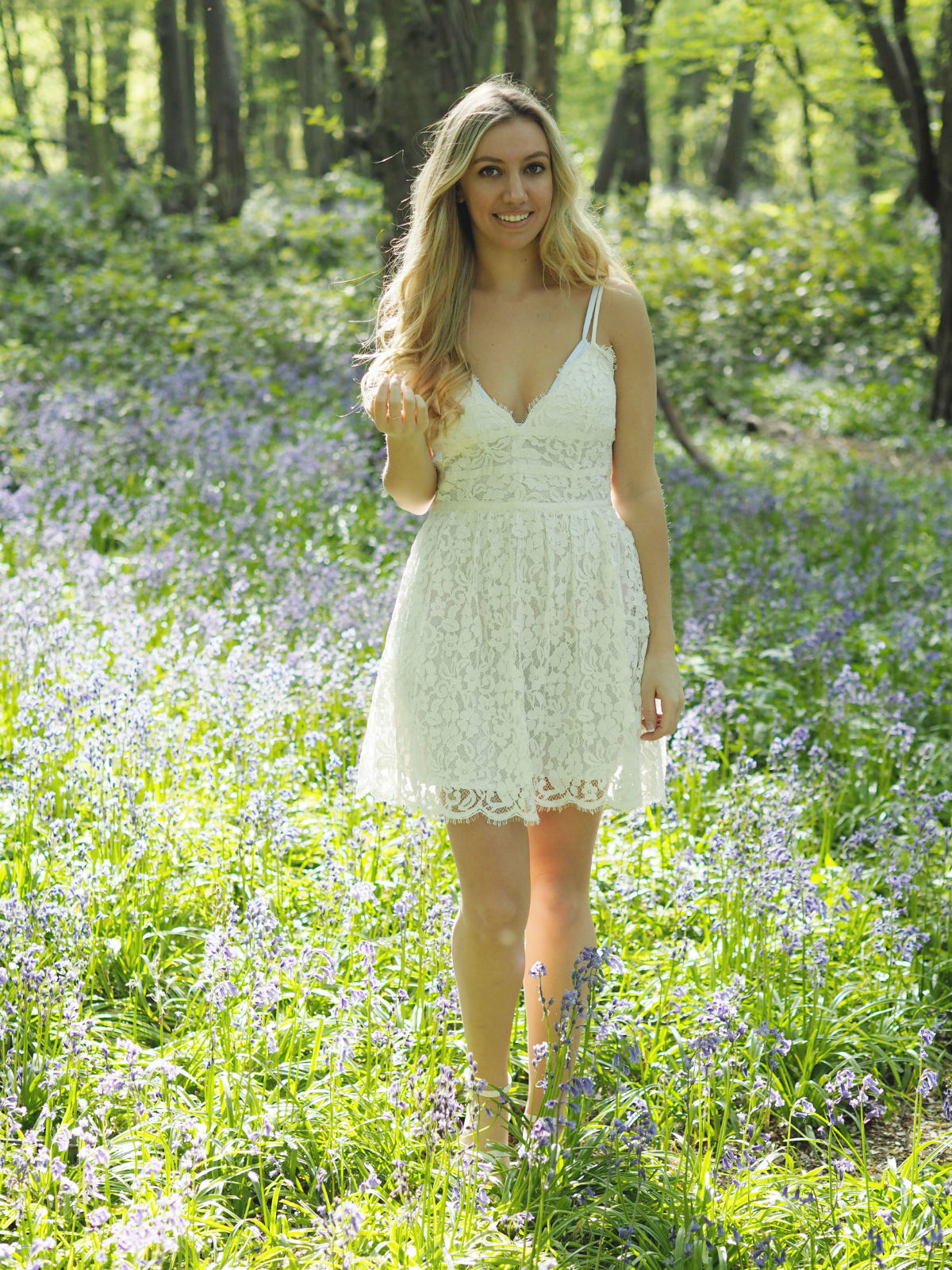 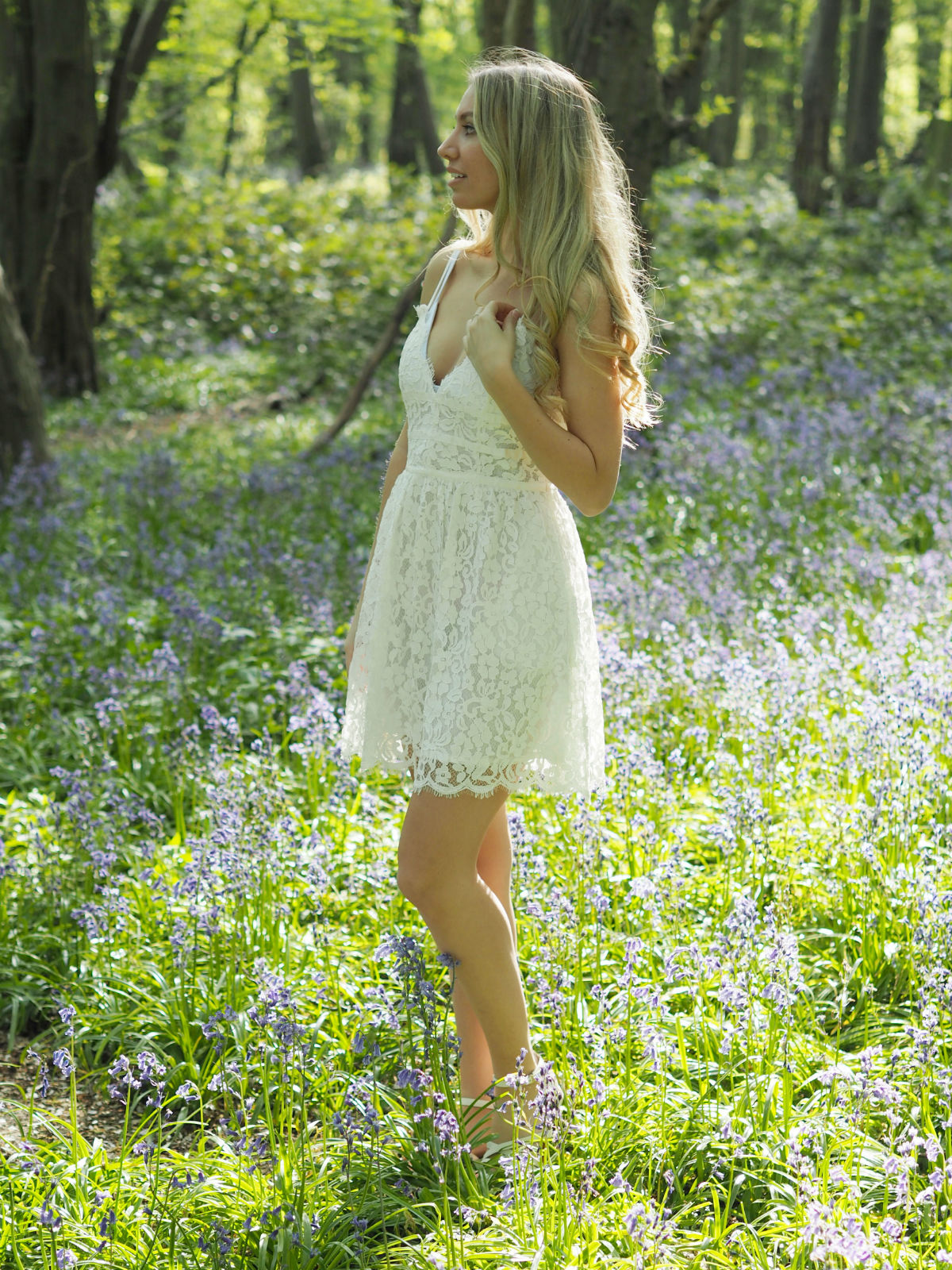 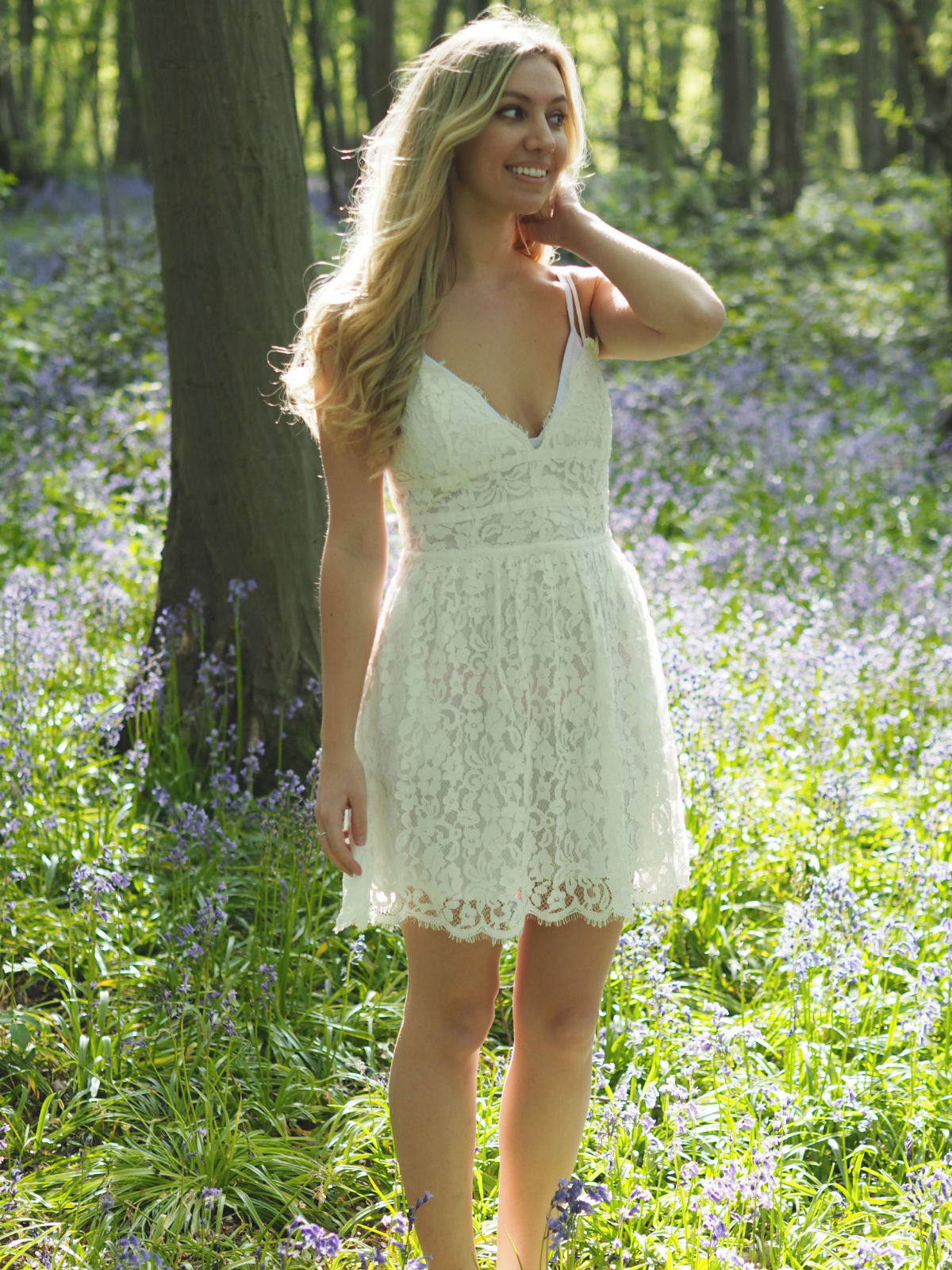 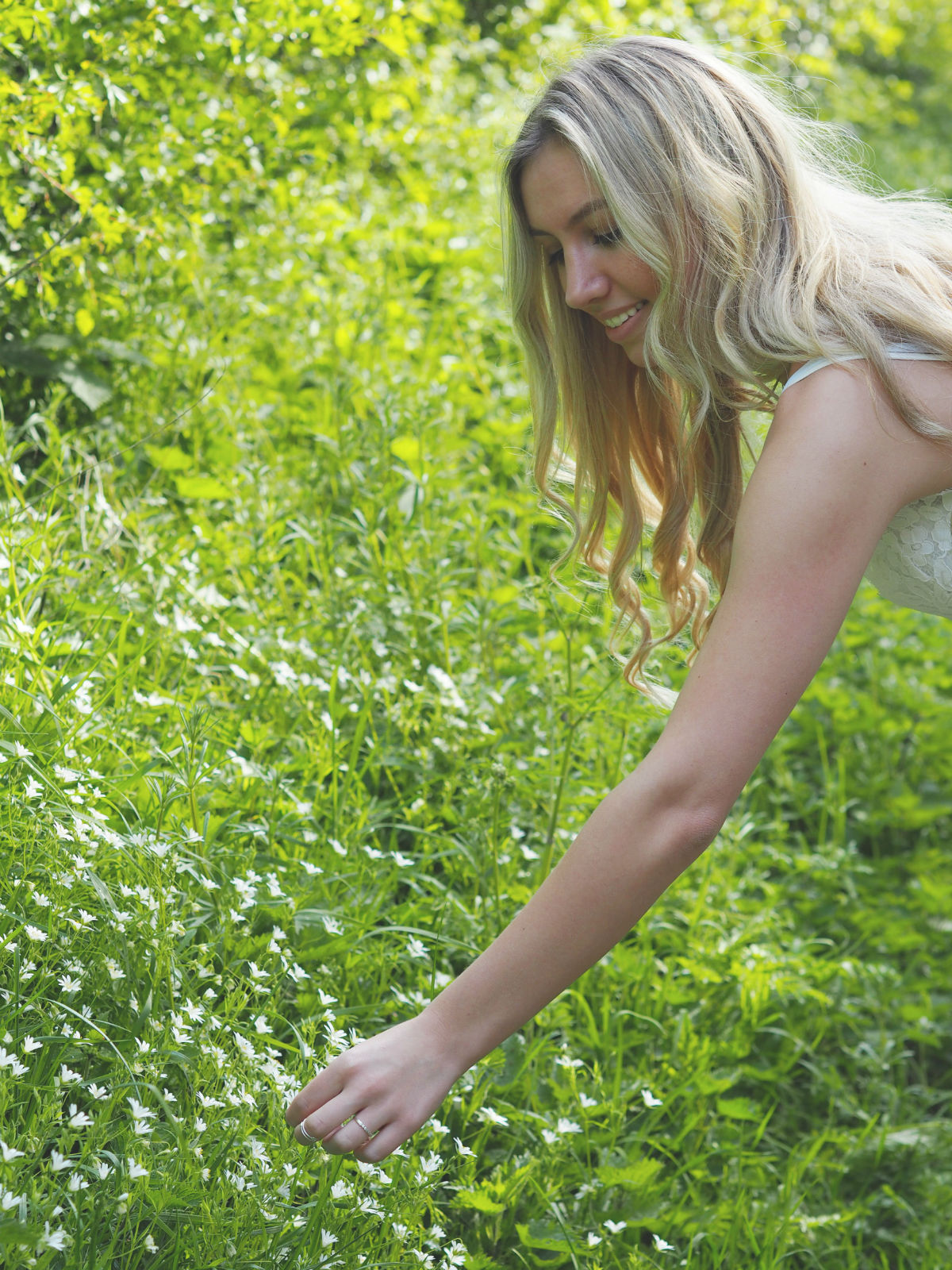 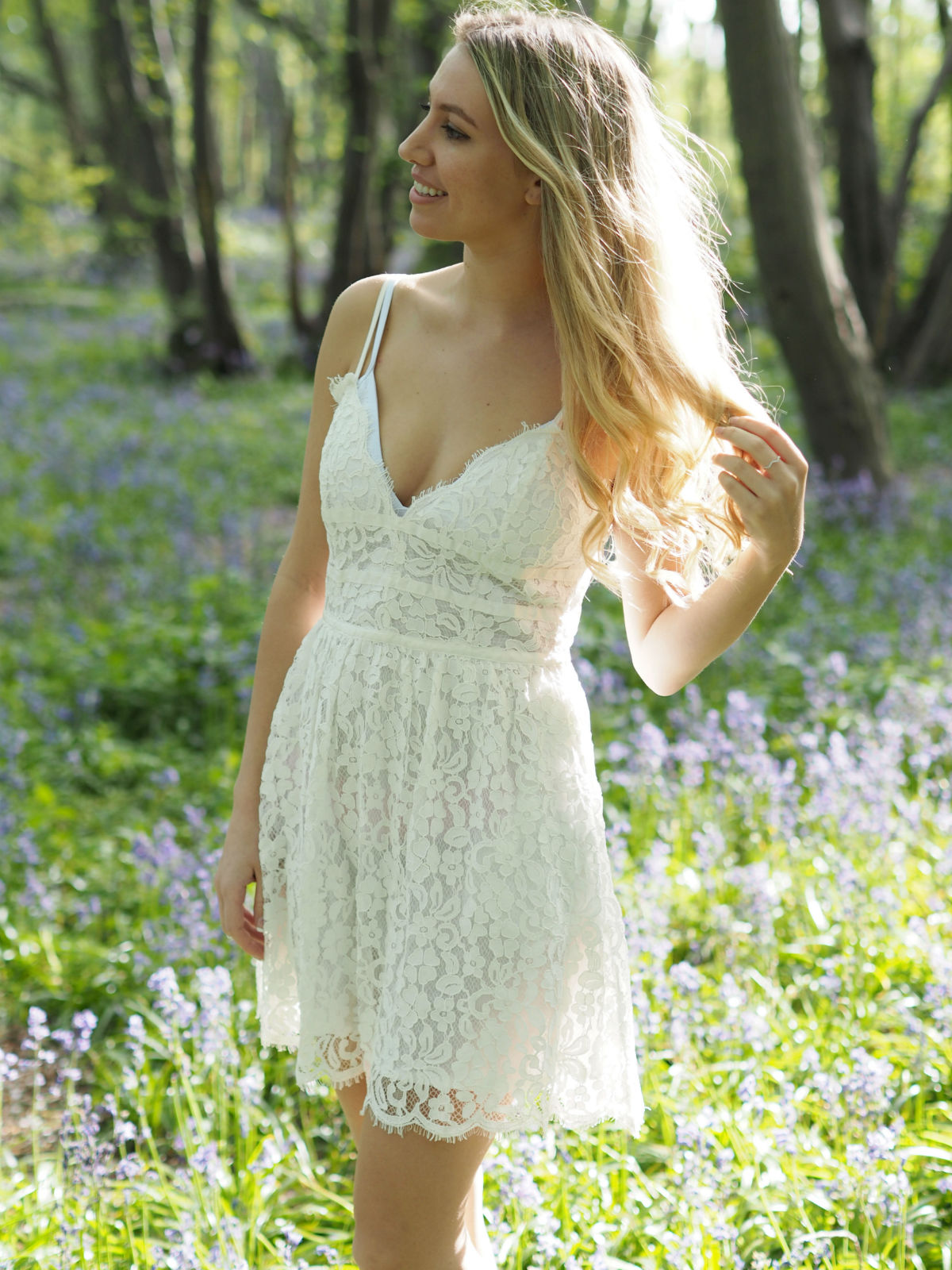 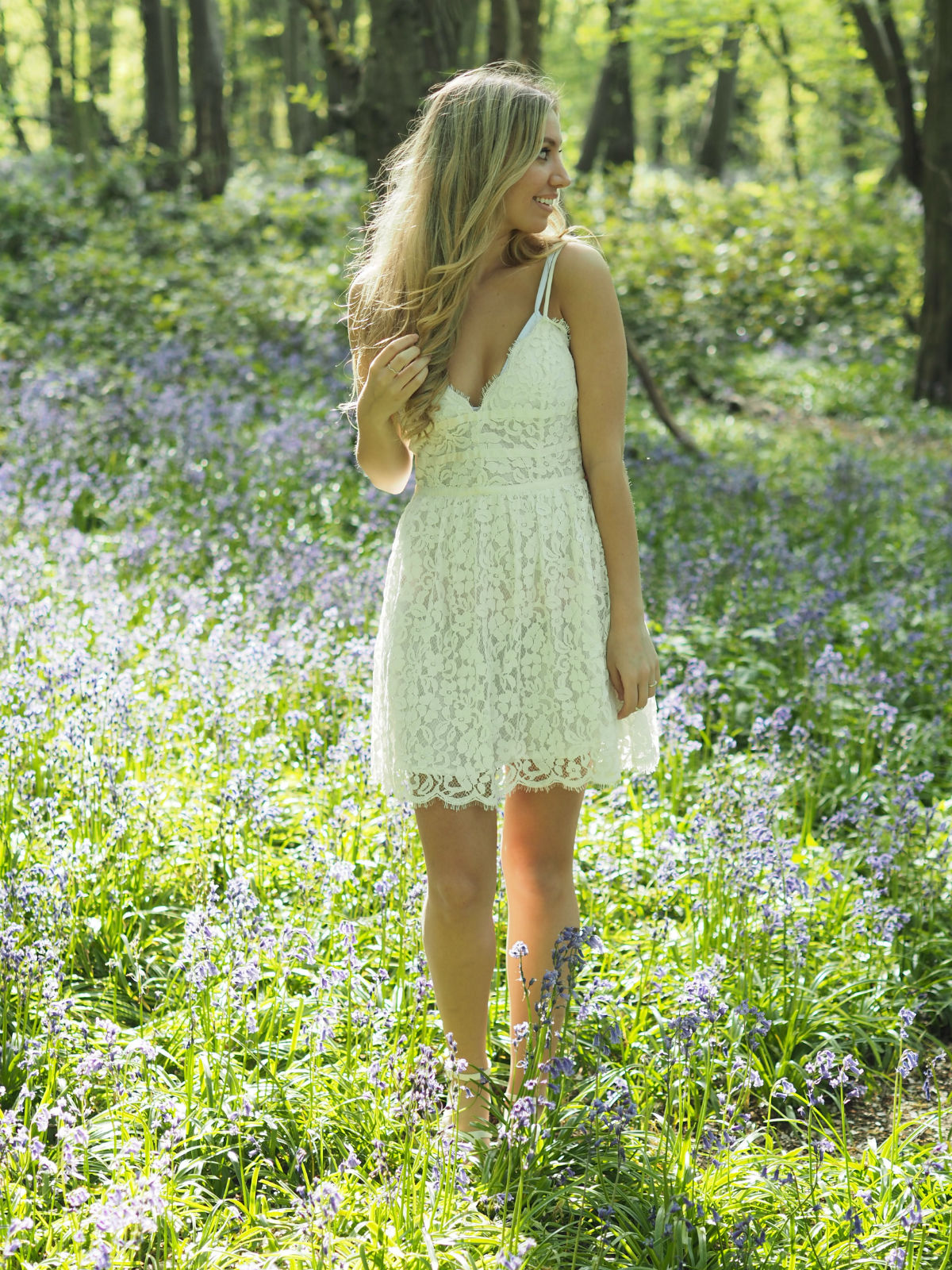 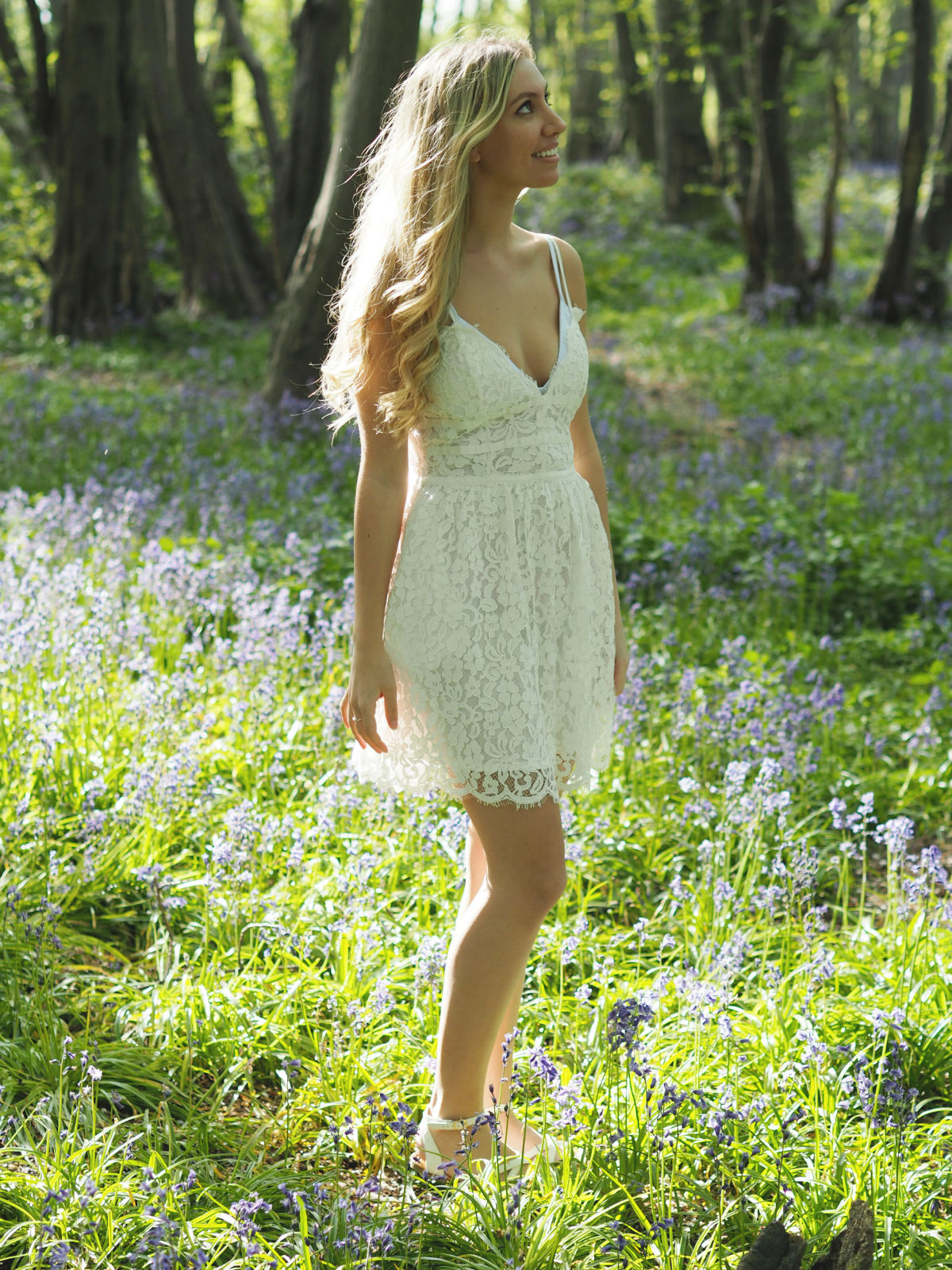 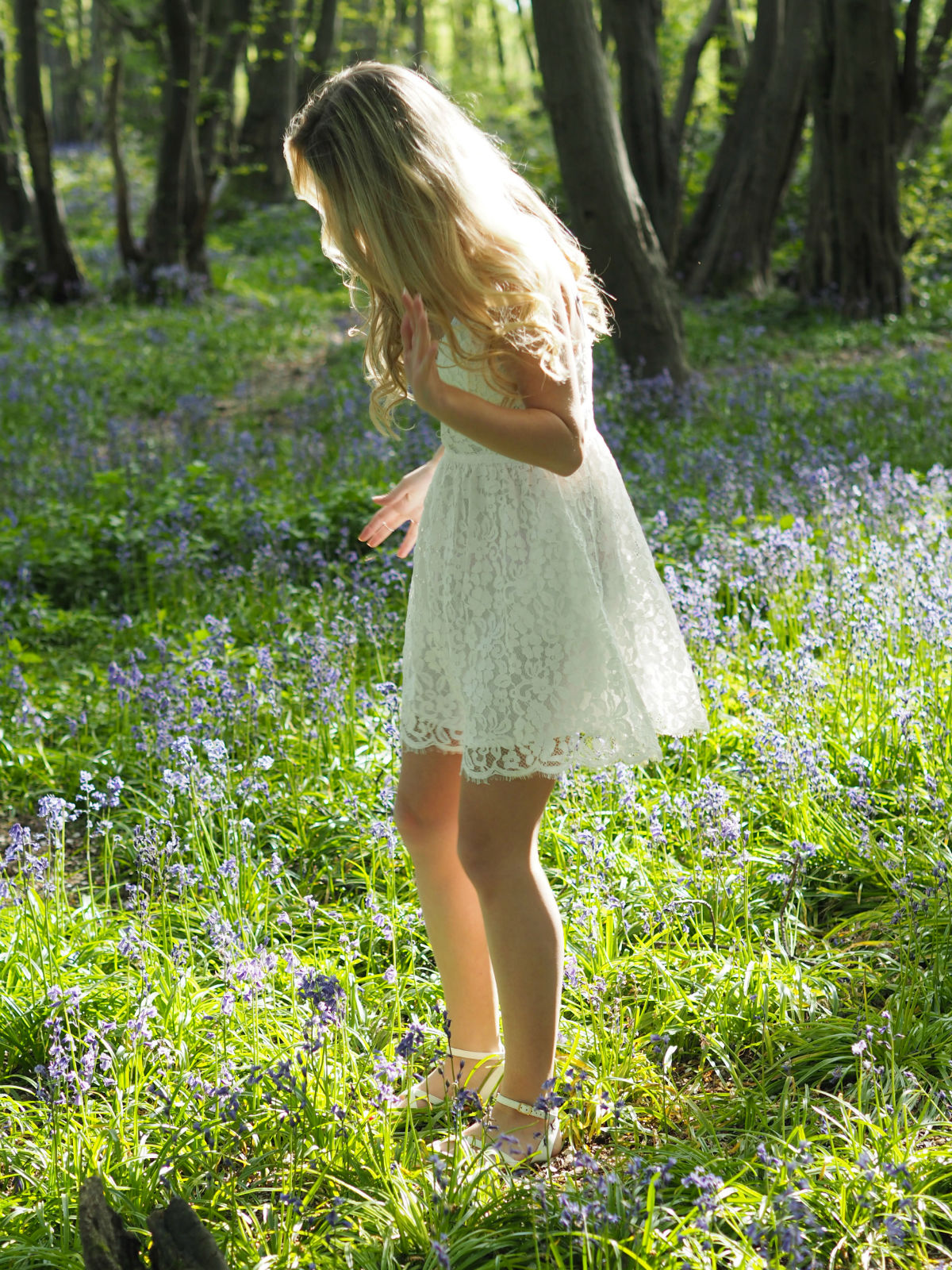 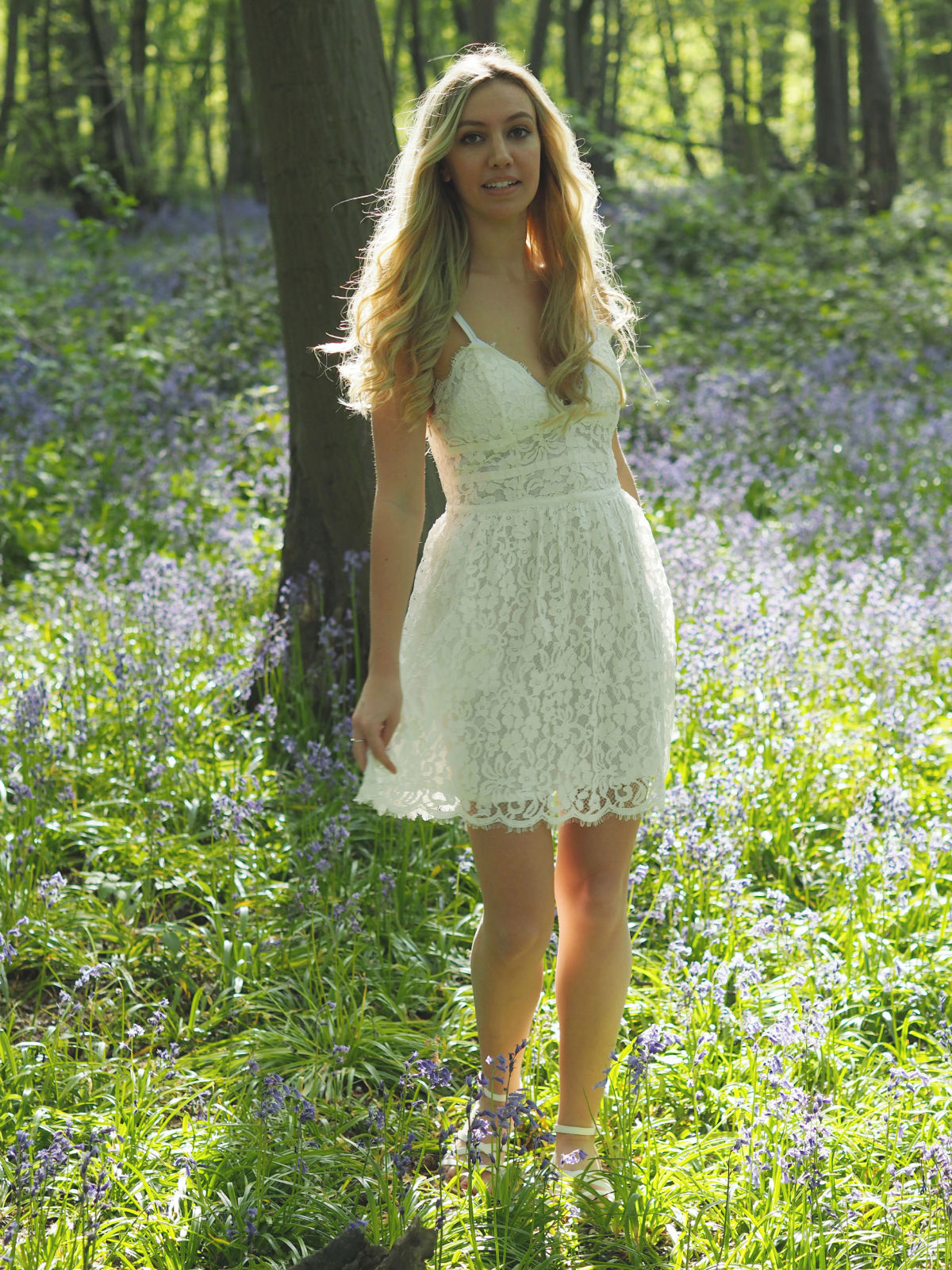 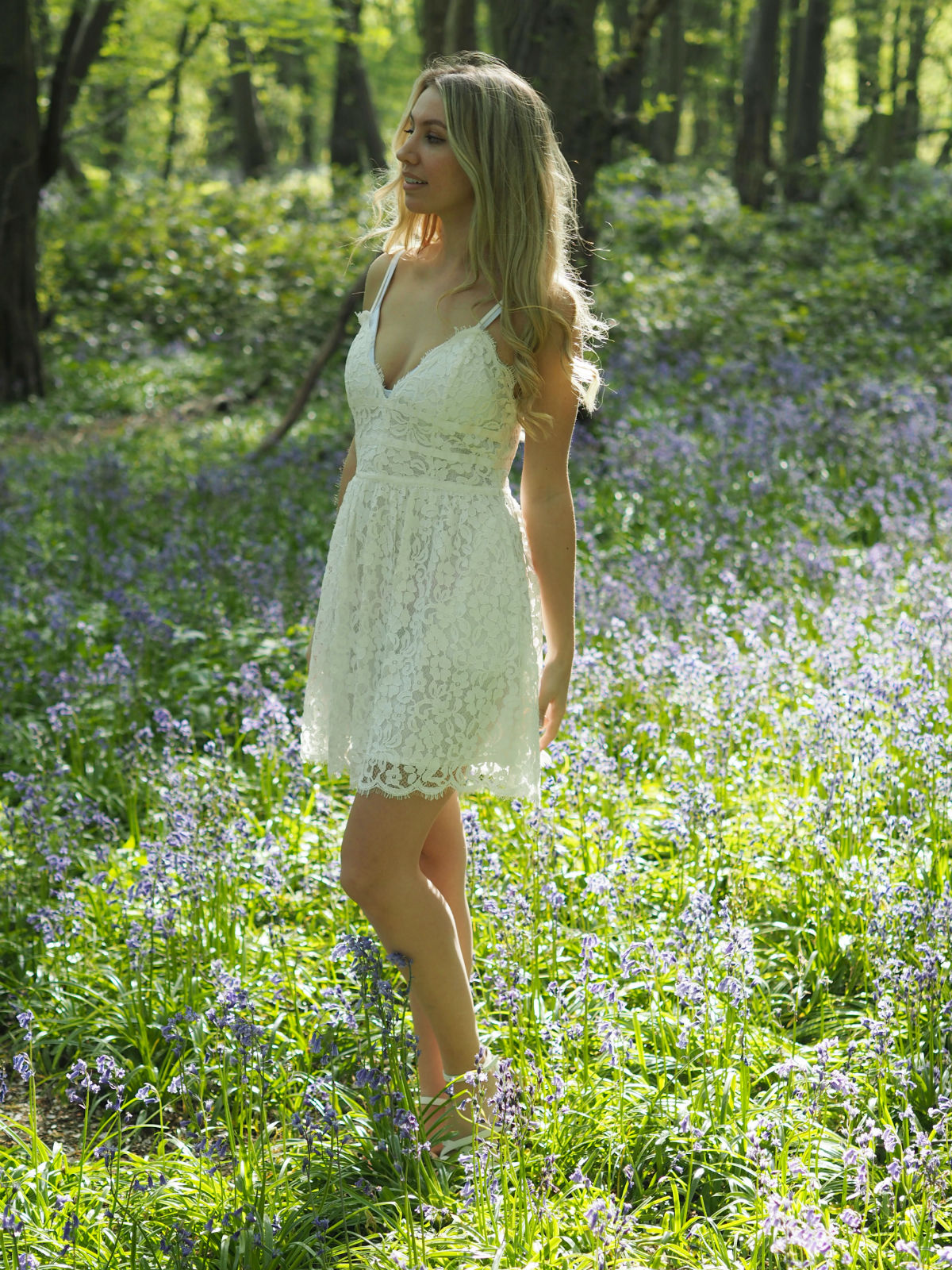 Bra wise, I was going to be brave and go bra-less, however the neckline is just a little too low cut for me to risk it, so I opted to put a Triangl bikini on underneath. Typically, this is what I’d do on holiday – so it works quite well for me – but do bear in mind that the neckline is quite low. I personally think it’s a very flattering length and cut – maintaining a classy, feminine appeal but still in keeping with modern trends!

Sandal wise, I opted for these simple white strappy shoes from Missguided – which despite appearances, are the comfiest thing I’ve known for many years. Usually flat sandals can be very taxing on the soles of your feet, as there’s nothing there to support them. These however, are really spongy and they grip your feet in place, meaning they don’t rub or give you blisters. I know I’m going into a ridiculous amount of depth (we are only talking about sandals after all) but I find it so difficult to find summer shoes that don’t completely ruin your feet. Blisters are an unwanted summer accessory that can be avoided! 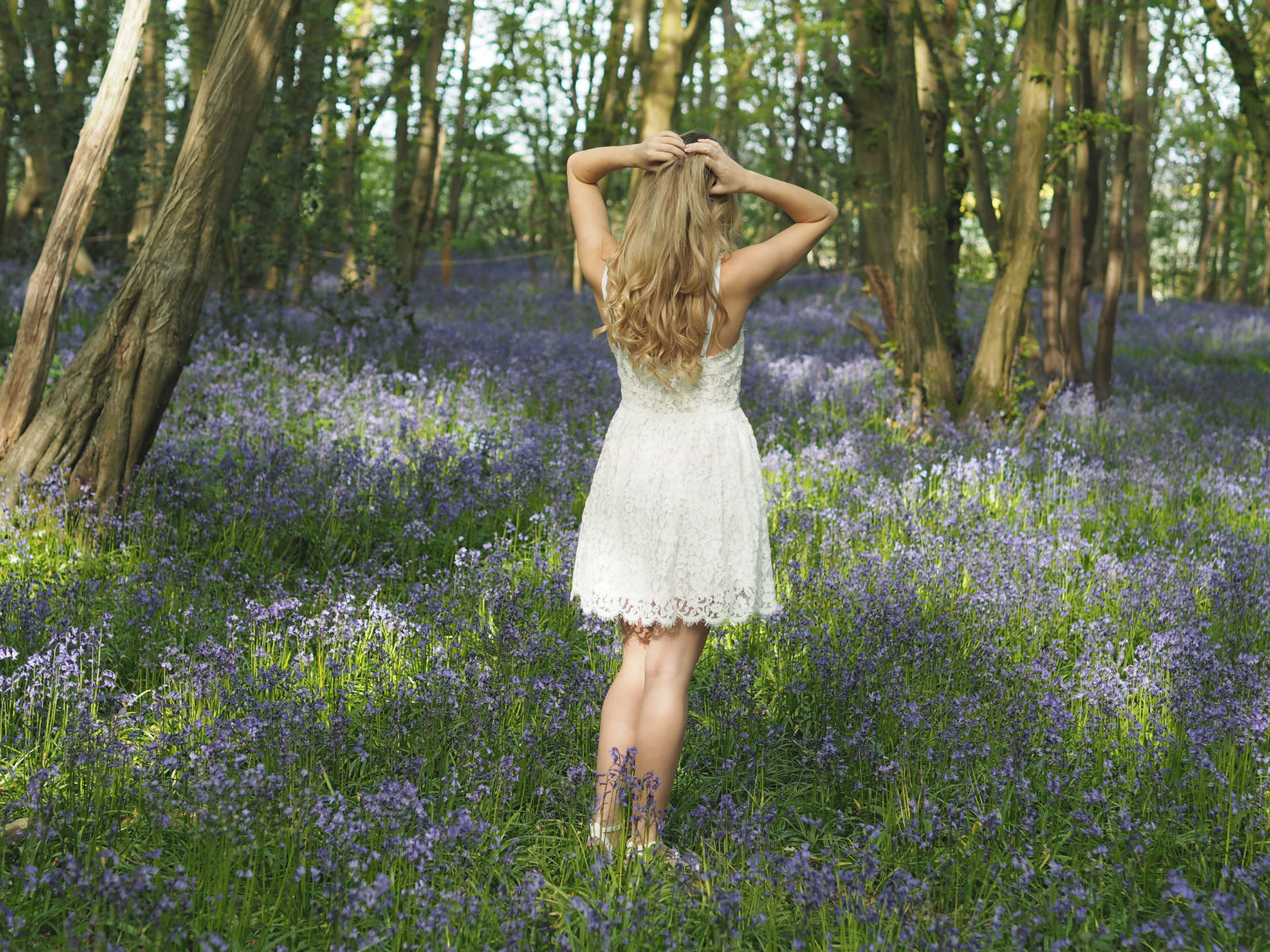 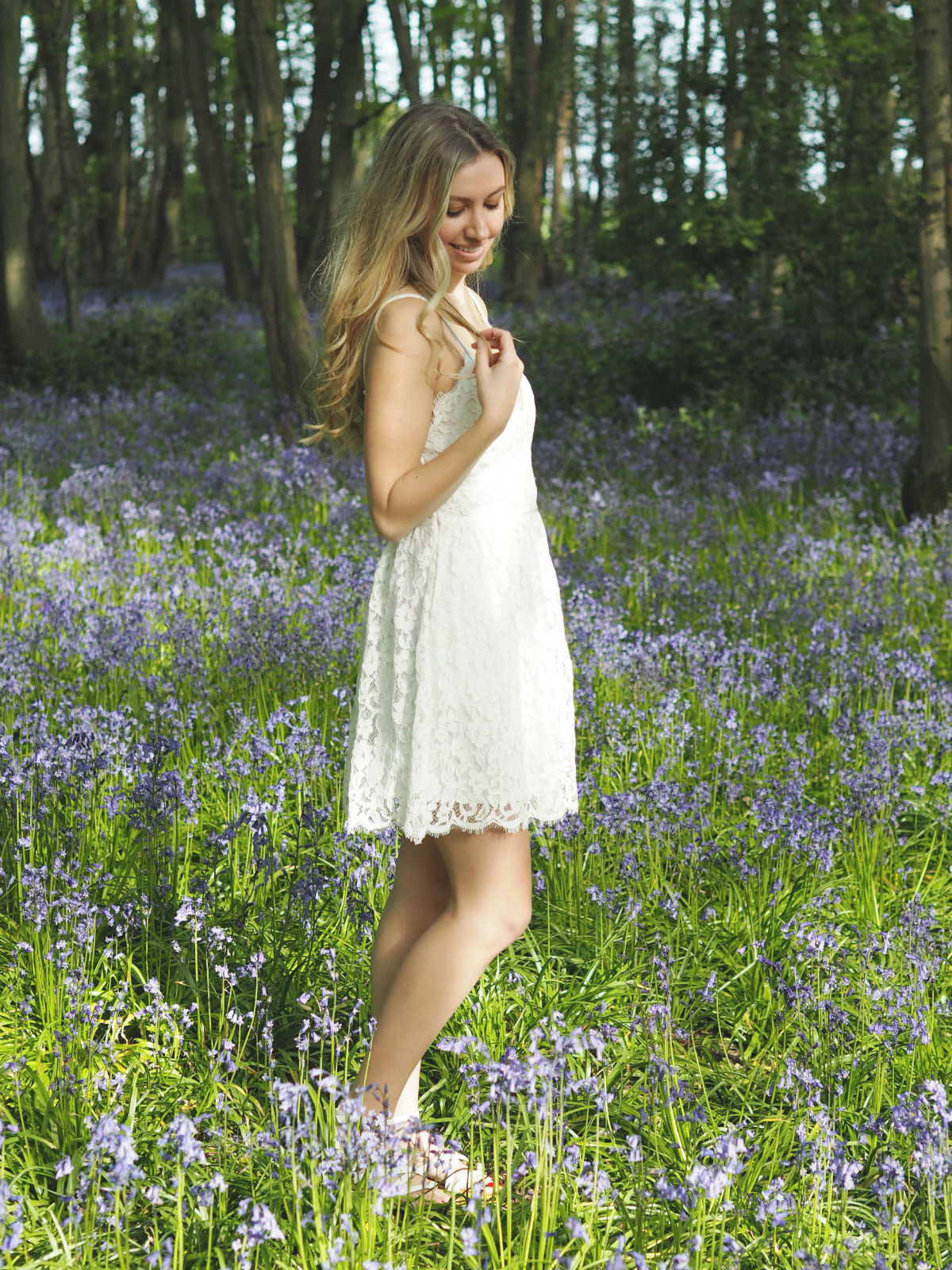 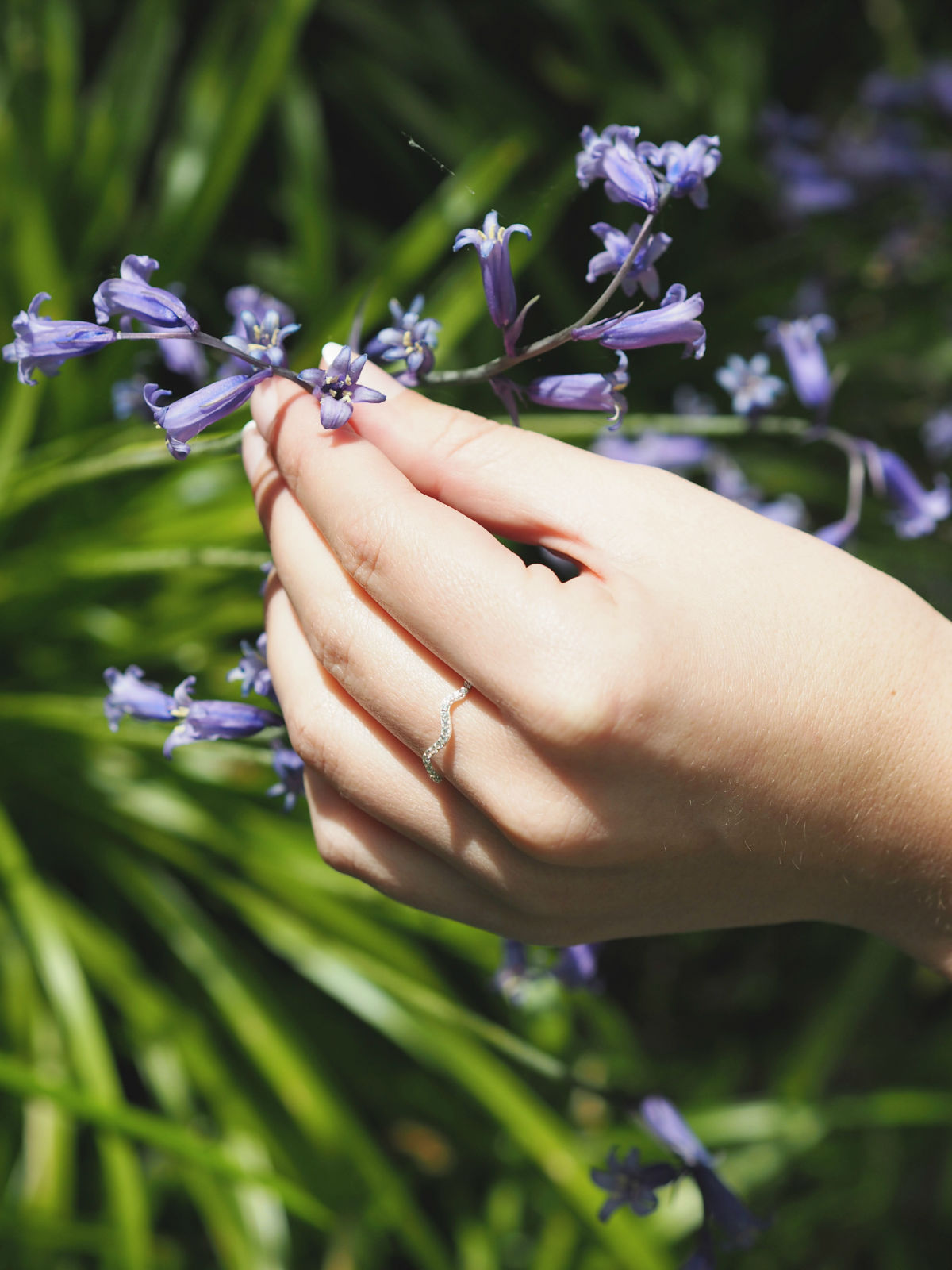 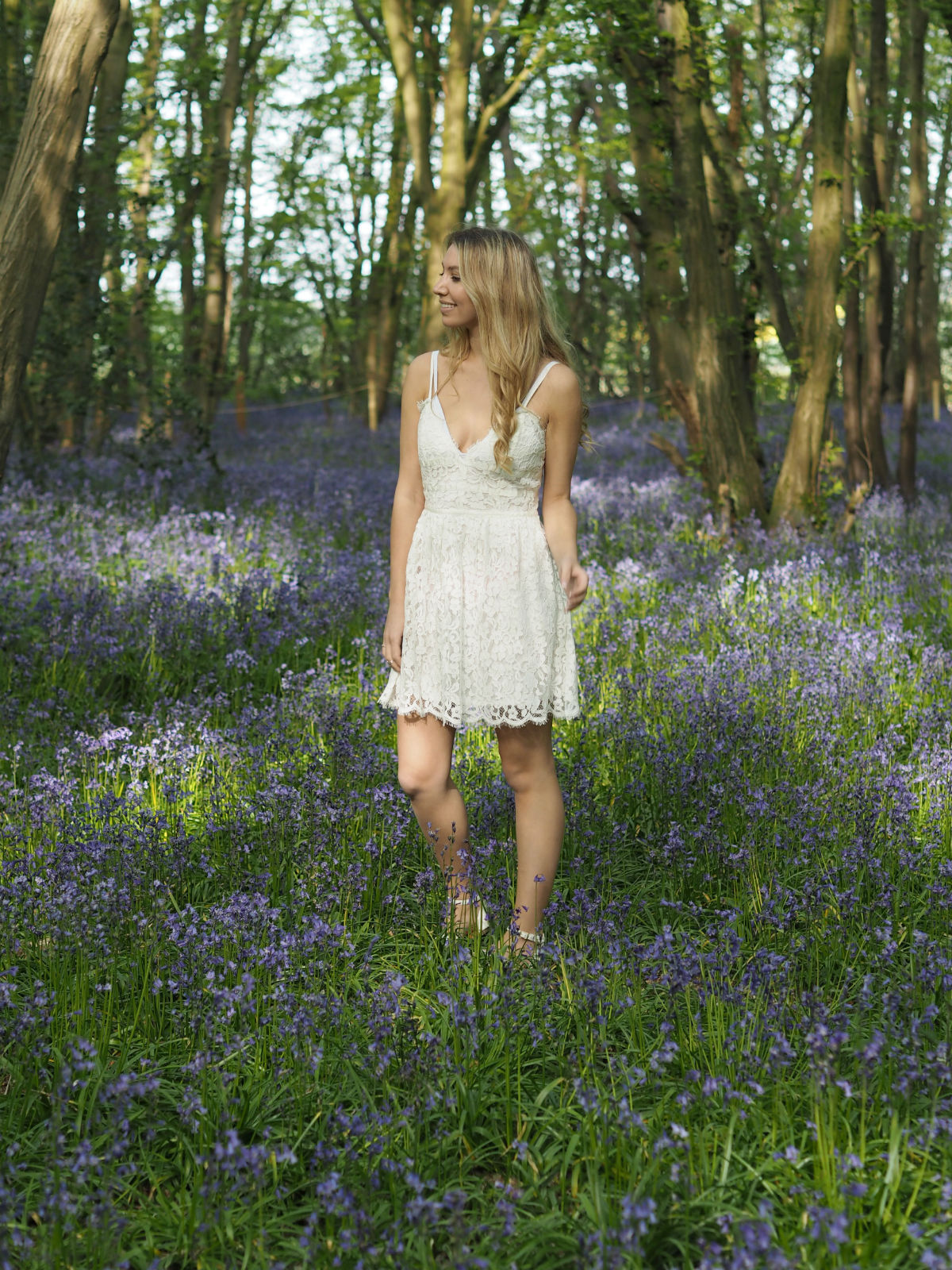 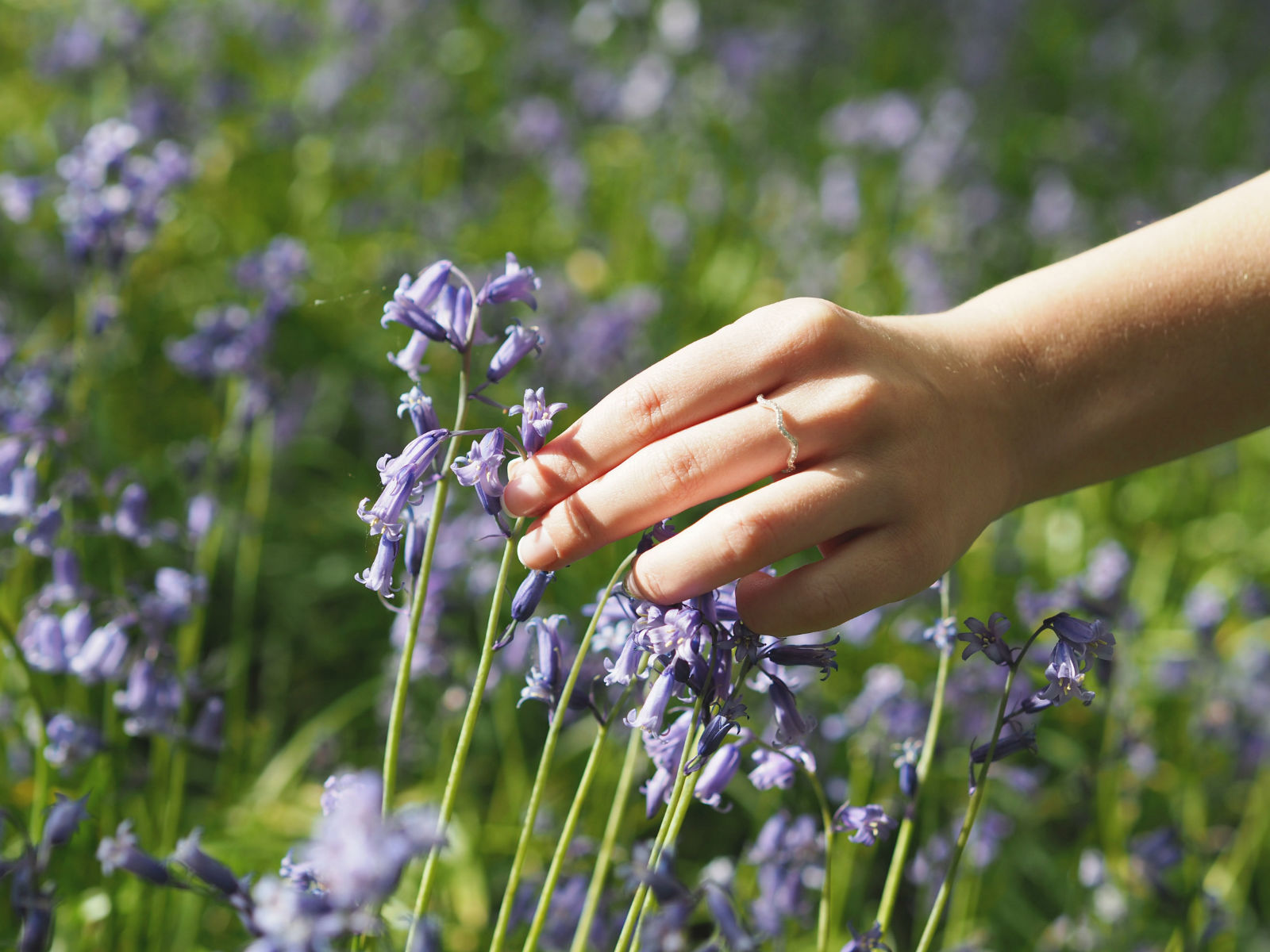 And last but not least, are my rings – which are from JewelleryBox.co.uk, a company I’ve mentioned before many times. They have the most incredible selection of affordable accessories, all of which are pretty much £10 and under – but they’re sterling silver and won’t stain your fingers green! Take my word for it!

What did you do last weekend to make the most of the weather? Have you shopped at Revolve yet?

My Own Secret Jewellery Box 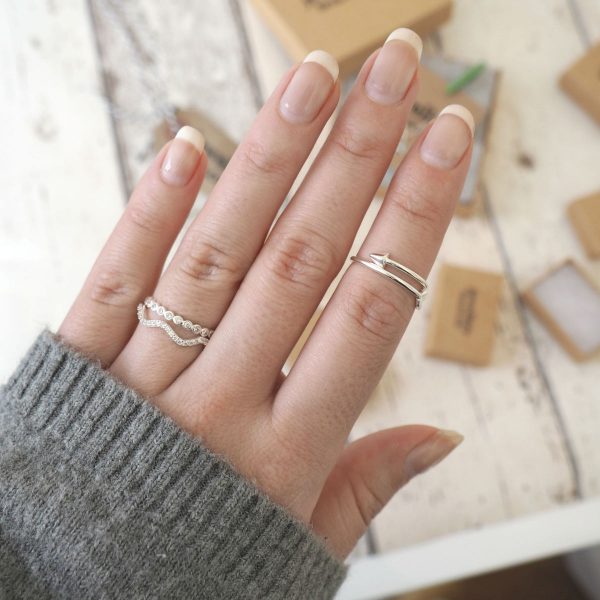 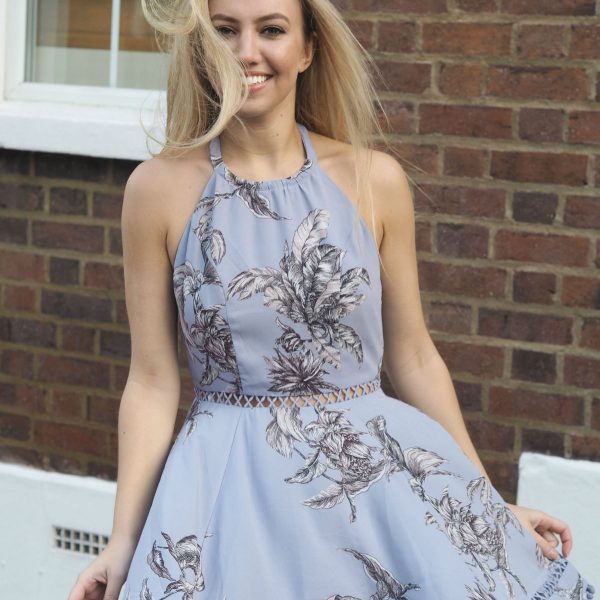 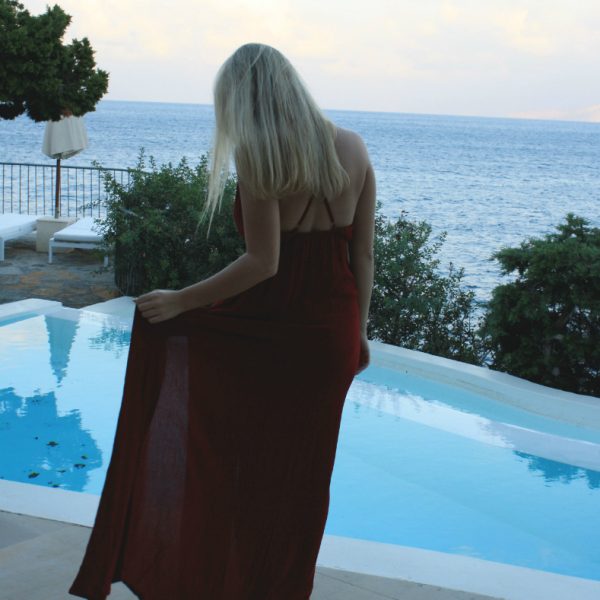