I have had lots of feedback on my previous post regarding Amy, some positive and some negative. I’m actually really appreciative to those who took the time to type up a lengthy comment, because despite some of them being quite personal and critical, at least what I’m writing is sparking a debate – which at the end of the day, is what journalism and blogging is all about! We don’t all have the same opinion, nor am I ever going to convince everyone to side with me. My blog is a way of expressing my own personal opinion, which is why I always love hearing your thoughts and views. I won’t be offended if you have a very different opinion, and I won’t ever not publish your comment if you criticize what I’ve said (in a constructive way), I’m all for a debate. However, I will not accept rude, explicitly personal or hurtful comments as I think they are unnecessary and uncalled for.

Anyway, moving on to what I’m supposed to be writing about. Saturday night! As some of you may know, I attended the TOWIE wrap party at Cafe De Paris, which unfortunately didn’t really match up to expectations but my dress from Desire made the night much better! You may have seen me tweeting about my lovely dress, which was kindly given to me to wear – it is a navy, embellished cut out dress that was also seen on Bec from Take Me Out last week. A cut out dress is not something I’d usually go for, however I really wanted to try one out that wasn’t a slashed piece of material but that had slits in the dress that were tasteful and flattering. Luckily, the dress I chose was both.

Desire Clothing is really affordable, and if you haven’t come across their website before I’d definitely recommend a look, as you are bound to find something you love from the wide variety of styles on offer. My dress was £35, which I think is fantastic as it looks far more expensive in the flesh and as I’ve said previously – is very tasteful and easy to wear. It’s a really unusual design, and I haven’t seen any other dress like it before  but I absolutely loved wearing it, and even if we didn’t have the night we initially expected, my dress made up for it. It comes in a variety of different colours – red, black, pink, white, cream.

If you’re as nosey as me you might be asking ‘well why didn’t your night go to plan?’ or ‘what happened?’. Well, the TOWIE wrap party on Saturday was initially supposed to play host to the majority of the cast and since we had VIP tickets, we were ‘supposed’ to be able to meet and greet the cast too. Unfortunately, as the hours continued and no famous face showed up – we got a little bored, as the music changes fairly rapidly in Cafe De Paris and despite having positive experiences at the club in previous weeks, it was a little tedious. Our complimentary drinks turned out to be watered down vodka, which yes I understand is a ploy in order to get us to drink more however, in a club where its £20 to get in and £10 each for drinks it really does turn out to be quite expensive.

So at 12.30, when the last tube was departing the station we finally gave up and decided to go elsewhere. We did stand around Diags for a bit, who admittedly is much better looking in real life and quite friendly. However when I asked for a photograph I was told by a promoter to ‘do him a favour and stand back’ as unless I paid him. In all honesty, I’m not as great a fan of Diags so it really wasn’t worth the money nor could I be bothered to wait around. As we were leaving we also saw Joey and Tom Kilbey entering the club looking a little worse for wear; however by that time we were fed up and ready to go home. As I don’t live in central London, we had to leave before half one in order to get the train home.

All in all, it wasn’t a completely horrible night – but it definitely wasn’t the star studded, friendly and atmospheric kind of event that I’ve been too before. It’s a shame really, as I spent the day dolling myself up but I guess its luck of the draw sometimes and I know for future reference not to take one persons word for it with regards to who is attending. I absolutely loved my dress from Desire though, and I will definitely be wearing it out to a future event! If you like the look of my dress, and would like to buy your own – or any other dress/item of clothing on Desire’s website please feel free to use my exclusive discount code Scarlett20 which will entitle you to 20% off your total order – just enter the code at the checkout. If you do have any problems with the code please leave me a note below and I will try and sort it out for you. I know some readers have tried to enter it at the checkout but haven’t been successful, however it should work perfectly now!

I have some exciting events planned for the next few weeks, so expect lots of event reporting, gossip and photos (hopefully with a few celebs). I really enjoy covering events as I feel I can give a more personal take on what happens, rather than just writing about it in a generic way. 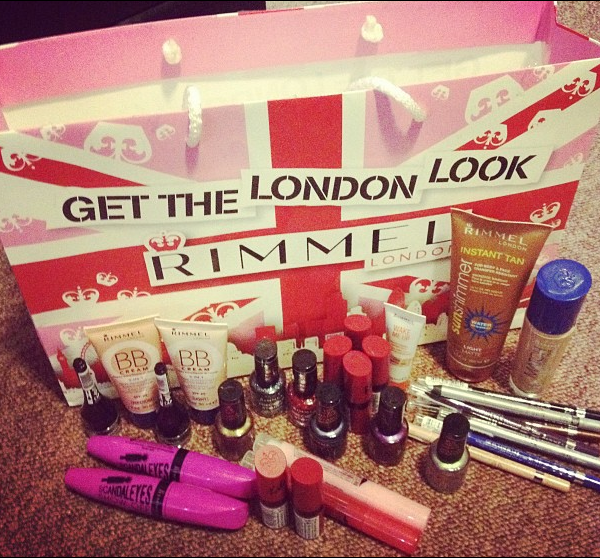