When controversial journalist stepped into the Celebrity Big Brother house two weeks ago, I was already rooting for her to be evicted. Harsh, I know – but then again, she too could be described as harsh. Or perhaps as arrogant, vain, self centered, blunt or jealous.

Before entering the Big Brother house, there wasn’t a woman I knew who was in her favour. She’d made a name for herself writing exaggerated articles for the Daily Mail, claiming that ‘Women Hate Me Because I Am Beautiful’ and ‘that some woman are just far too ugly for television’. It’s safe to say, I wasn’t her biggest fan – and nor was anyone else.

However, after accepting a reported £50K deal to enter the Big Brother house this August, Samantha Brick has shown her slightly more vulnerable, kind and considerate side, looking after housemates by cooking for them every night and confiding in Julie Goodger about her failed television company, which earned her a six figure salary, until she trusted the wrong people (who happened to be women) and she had to give back her life of luxury that she’d spent 12 years working up to.

So, since we don’t know the whole story about Samantha Brick – I feel like we should give her another chance. Whilst researching the (un) popular journalist, I came across several reasons why she might have written those articles and in my opinion – I would have written them too, if I’d have faced what she has. 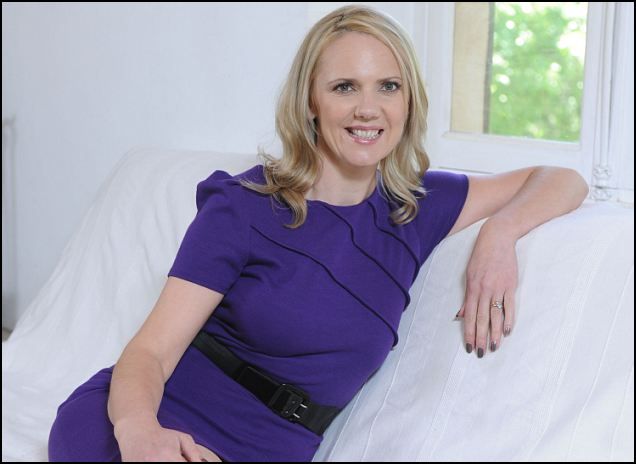 Samantha Brick started off her career in television, working her way up until she was assisting the productions of some very well known shows for MTV. Despite her initial success, she resented the fact that the television world was a very male dominated industry and so remortgaged her home in order to set up what she referred to as her ‘Utopian Dream’, a female only television company.

She invested all of her time, effort and money into making this dream a success, hoping to create the first all-female production company where smart, intelligent, career-orientated women could work harmoniously, free from the bravado of the opposite sex. What sounded like a perfect premise, was ruined by what Samantha calls ‘the nightmare reality: constant bitchiness, surging hormones, unchecked emotion, attention-seeking and fashion rivalry so fierce it tore my staff apart’.

In ‘Catfights Over Handbags‘, she explains the financial ruin of her company – which was down to over-jealous, over emotional and extremely competitive bitchy women. And whilst she doesn’t absolve all the blame, it’s certainly one factor which sways her opinion of women now. Samantha lost her life savings, her swanky house, three Mercedes and a dressing room with designer gowns all because as she describes it ‘I was cynical about women working together harmoniously’.

So Samantha, still reeling from the breakdown of her company decided to pack up and move to a remote part of Southern France, with only her animals, a grown up step-son and her husband Pascal for company. No women in sight. For several years she wrote for the Daily Mail week after week, without anyone really taking much notice. It was only this year when Miss Brick became well known, after stepping it up a notch on the controversial scale and generating headlines such as ‘Women Hate Me Because I’m Beautiful’ to get the blood pumping in women around the world. 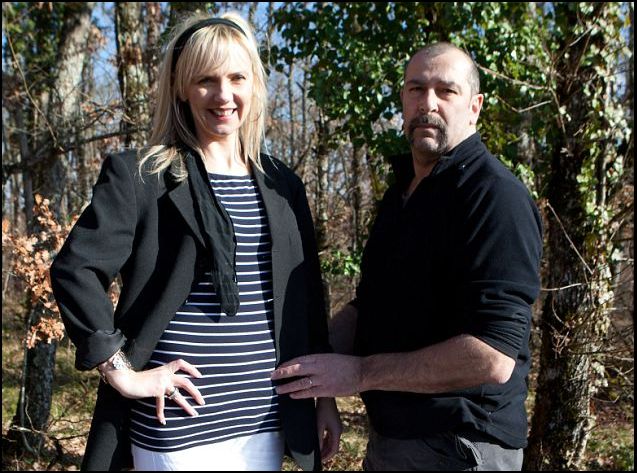 In many of Samantha’s earlier articles, she claimed ‘I hate how much I am stereotyping women’ and did not dare to insult all women – simply the ones who resulted in the failings of her company. However in more recent articles, she has clearly gotten over this and has resorted to grouping the whole of the female race together. Personally, I think much of her writing is amplified by the newspaper itself purely to cause controversy. And if I’m brutally honest, whilst I don’t think all of her claims are justified (she’s deluded if she thinks she’s the most beautiful woman in the world), I agree with some of the comments about the nature of women.

Women by nature, are bitchy. Not all women act upon this, but in life – you will come across at the very least one woman, who you simply cannot get along with due to her being the spitting image of the kind of women Miss Brick is trying to highlight. You might have not seen her yet. But Oh, You Will!

I have come across the bitchiness of girls, many times. At worst, it’s unbearable and at best, it teaches you a lesson. At aged 10, I was regularly in tears over girls cattiness, calling me names, back stabbing, ‘going off with other girls’ and ‘stealing boyfriends’. Sure, this was on a minor scale, but it certainly set the tone for what comes next. Samantha Brick too suffered the backlash of girl’s bitchiness whilst at school (and I’m sure many of you reading this will have too).

So, I suppose she felt even more so resentful after her company broke down due to women behaving in exactly the same way. I guess, Samantha just chose to publicy vent this is a more amplified and exaggerated way , rather than crying on their mother’s shoulder like everyone else.

Samantha now lives in the South of France, surrounded by little else other than her husband and several animals (luckily, there are no women in sight). She has shown a more vulnerable, caring and motherly side on Celebrity Big Brother over the past few weeks, taking everything in and probably feeling quite at home again.

She recently claimed in the Diary Room that whilst many people might think that the experience is only in aid of a good article, it’s more of a test on her part about delving herself into reality once again and facing up to the fact there may be bitchy, over jealous and competitive women around her again. However, this time it seems – she’s fully prepared.

So whilst, Samantha Brick might be rather hated by women across the UK. After reading her story, I can 98% sympathize with why she has written some of the things she has written. I don’t agree with the deluded statement that she is prettier than all other women, or that some women are too ugly for television (as that is a little cruel) however I can see where her statements stem from and I can certainly empathize with her experiences with other females. 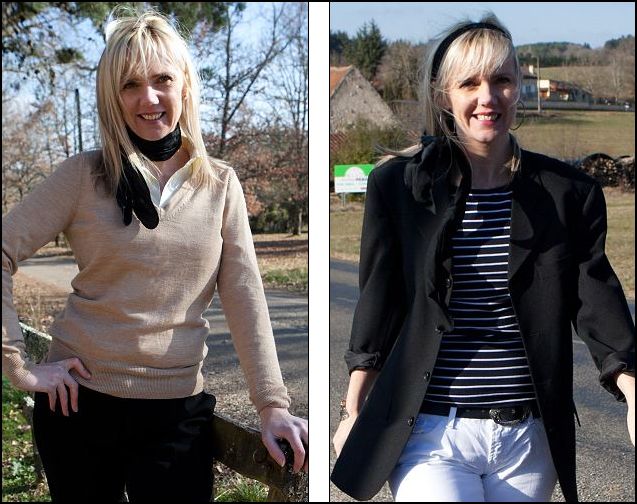 I am certainly not a ‘women’ hater myself, as I think the majority of females are amazing – with a balance between their caring side and their ability to stick up for themselves. However, there are some females – when put into a certain situation, who are catty, bitchy, competitive, will do anything to get a man’s attention and will back stab until they are blue in the face. I’ve come across them, and I’m sure you have too.

So, in a strange way I’m warming to Samantha Brick. Even rooting for her to win (perhaps). She’s gone through a lot of trouble with women, hence her rather OTT articles. Perhaps some of the statements she makes aren’t entirely justifiable. But if you are a women, and have read the above then maybe you too can sympathize with the points she’s trying to make?

(If you have an opinion on this article and would like to express your views, you can do so via the comment box below. You can connect your Twitter or Facebook accounts to join in the debate, simply click the Facebook or Twitter icon to connect – and are welcome to say what you like! I look forward to hearing from you! Please note, sometimes the comment box takes a few seconds to load, if you have trouble accessing it, please do let me know) 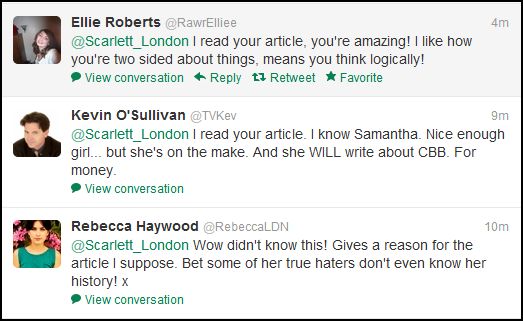 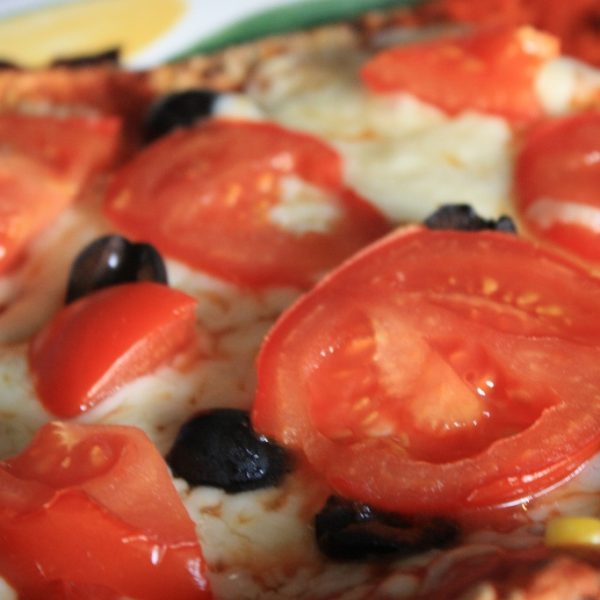 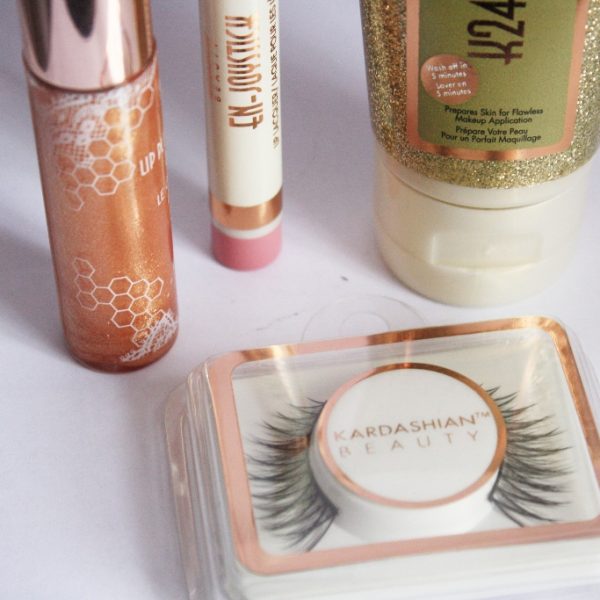