According to the internet, if you’re classed as a ‘young person’ (or a youth), you’re bad news. Full stop.

Us under 25’s have had a bad reputation within the media for many years now and it’s becoming increasingly frustrating to all be tarnished with the same brush, when in reality – it’s a small percentage of UK’s ‘youth’ that let the side down.

Regularly, I read that we are apparently ‘unmotivated’, ‘unintelligent’ (because we talk to one another in incomprehensible ‘text speak’ all of the time?) and ‘don’t work hard enough in comparison to our parents and grandparents’. I choose to ignore the fleeting statements made by those who haven’t sat an exam in decades (so how would they know if it’s easy or not?) but I know other young people are offended by it – and quite frankly, why wouldn’t we be?

Tweeter Laura said ‘No news sells like bad news but the situation has blown out of proportion, I think morals and standards have changed and the older generations hold us to their way of life rather than the more ‘equal’ society we live in today. They probably feel we don’t have the respect they had and as a result, combined with certain individuals who engage in anti social behaviour, young people are viewed negatively’.

I know there are plenty of young people who really do let the team down, getting into the wrong crowd, causing trouble and breaking the law on a regular basis – but to constantly belittle the entire younger generation because of a minority seems a little unfair. We are the future generation after all, it would be nice to be granted a bit of support occasionally.

Lettie from Glasgow said ‘Some deserve it [the negative attention], whereas most do not. As young people we are automatically judged negatively. No longer are we “bright, young things”!’.

Journalism student Lisa agreed, saying ‘I am fed up of it. There are loads of people who do well in life, they may not go above average but certainly not below and they get missed for doing all the right things because they’re doing exactly that. Those who do bad, get the attention in the wrong places’. Chloe from Southampton says she feels ‘disheartened and disgusted’ at the way young people are treated and portrayed in the media. Quite frankly, I agree.

And, it seems it’s not just in the media that the unfairness continues. One tweeter said that in her school, the ‘bad behaviour’ of several pupils were given far more attention than the good behaviour, with the troublemakers being bribed with tickets to Alton Towers (a UK theme park) if they handed in their homework on time (a very rare occurrence) – whilst the ones who stuck to the rules all along, received nothing.

Of course, for many of us (who break the media stereotype of being ‘unmotivated’), we aren’t fazed particularly by what people think – and continue with our ambitions, keen to succeed and pave our way in the world but it is rather disturbing to think that the UK’s national papers (who represent the views of the country – apparently) don’t have faith in any one of us. We’re all destined for doom and gloom.

If this constant attention on young people’s ‘bad behaviour’ continues, surely it isn’t going to be a deterrent to getting in trouble, but encouragement? In order to be recognised by our society, do we need to act negatively? What kind of a world – where praise is non existent unless you’ve done something wrong – are we bringing the younger generation up in? 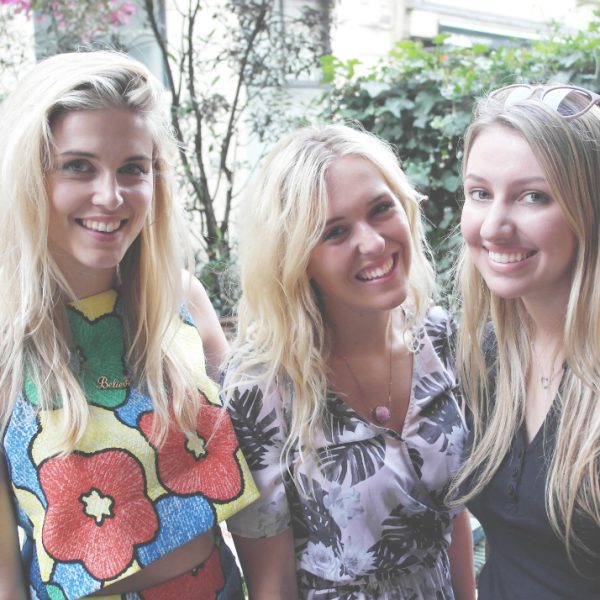 Top 10 High-Street Must Haves for the Festive Season