It’s one of those slightly taboo topics that we always brush off as ‘feeling sick’ or ‘stomach-ache’, when in actuality, we’re often referring to having spent the whole morning sitting on the toilet.

Or not having gone in a week and consequently walking round with an inflated beachball in our intestines.

I do appreciate why digestive health doesn’t get the discussion it should. Because it’s not exactly pleasant dinner party conversation. But if there was greater awareness and more of a dialogue surrounding the many issues we may suffer from in our lives that concern our digestion, then I don’t think I’d have suffered in silence with my IBS symptoms for so long.

Nor would I have been so hideously mortified about how I felt my body (or my digestive system to be precise) was letting me down in such an obvious way.

If you want to read more on my specific IBS story, then click here to take you to the section of my blog where you can read all the details.

As a quick summary, just for the context of this post – IBS (or Irritable Bowel Syndrome, as it’s less sympathetically known) is a chronic condition of the digestive system, categorised by ongoing bouts of extreme bloating, trapped wind, diarrhoea, constipation, nausea, fatigue, abdominal pain and cramping.

I’ve been suffering with the symptoms of IBS for over ten years now, and one thing that helped me hugely in my recovery* was to talk about it as openly as possible.

Since then, I’ve been approached by people in street about IBS, I’ve had friends reveal they’ve also been suffering too and I receive approximately 20-30 emails and messages a week from fellow sufferers telling me their story.

None of us are alone.

I’m always eager to continue the dialogue surrounding IBS, because I don’t think it gets enough air-time. And educating those around us, as well as ourselves, is key in dealing better with chronic conditions affecting the digestive system.

So today I wanted to chat to you about some interesting recent findings, and reveal 6 things you might not even know about IBS. 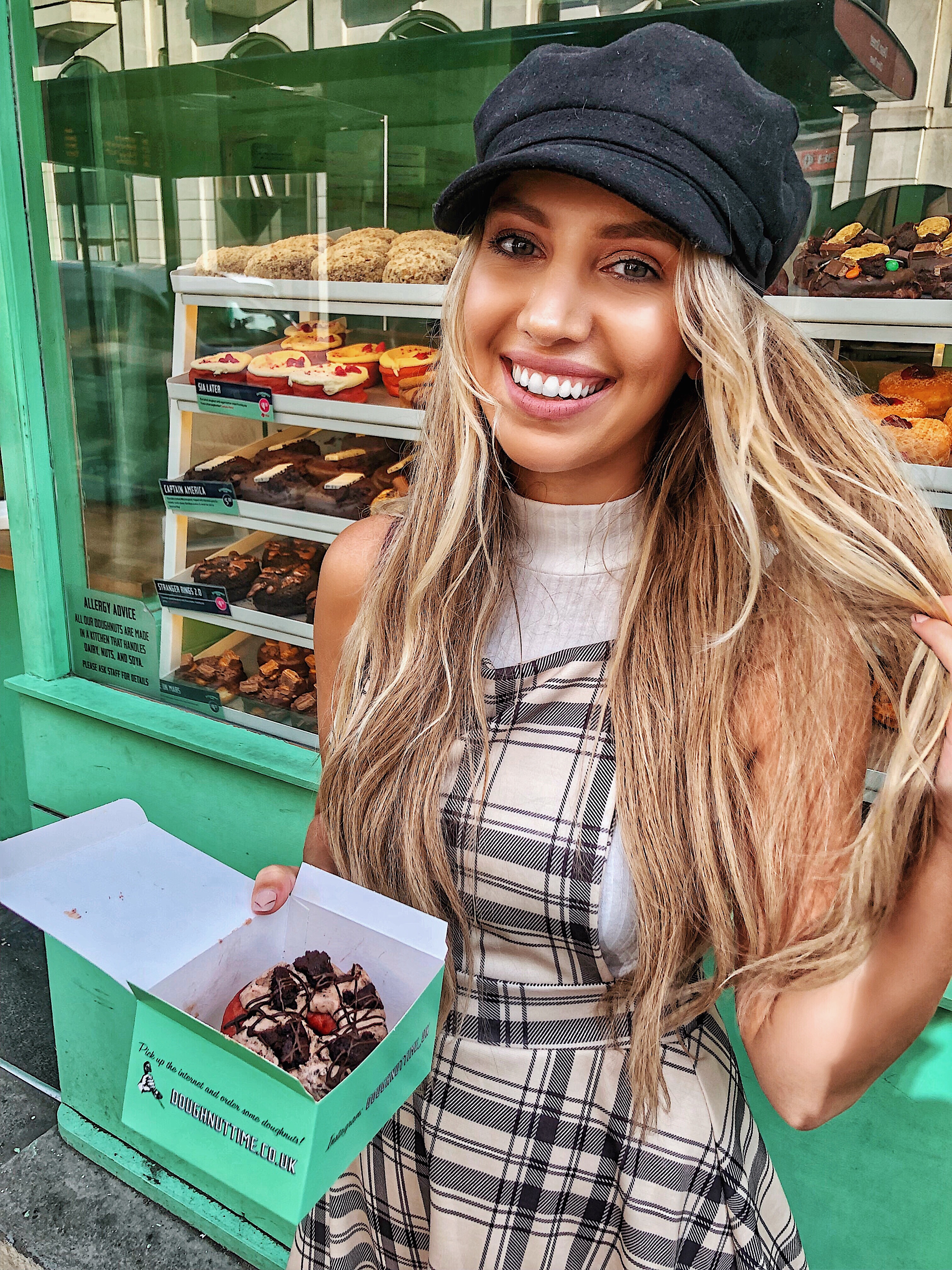 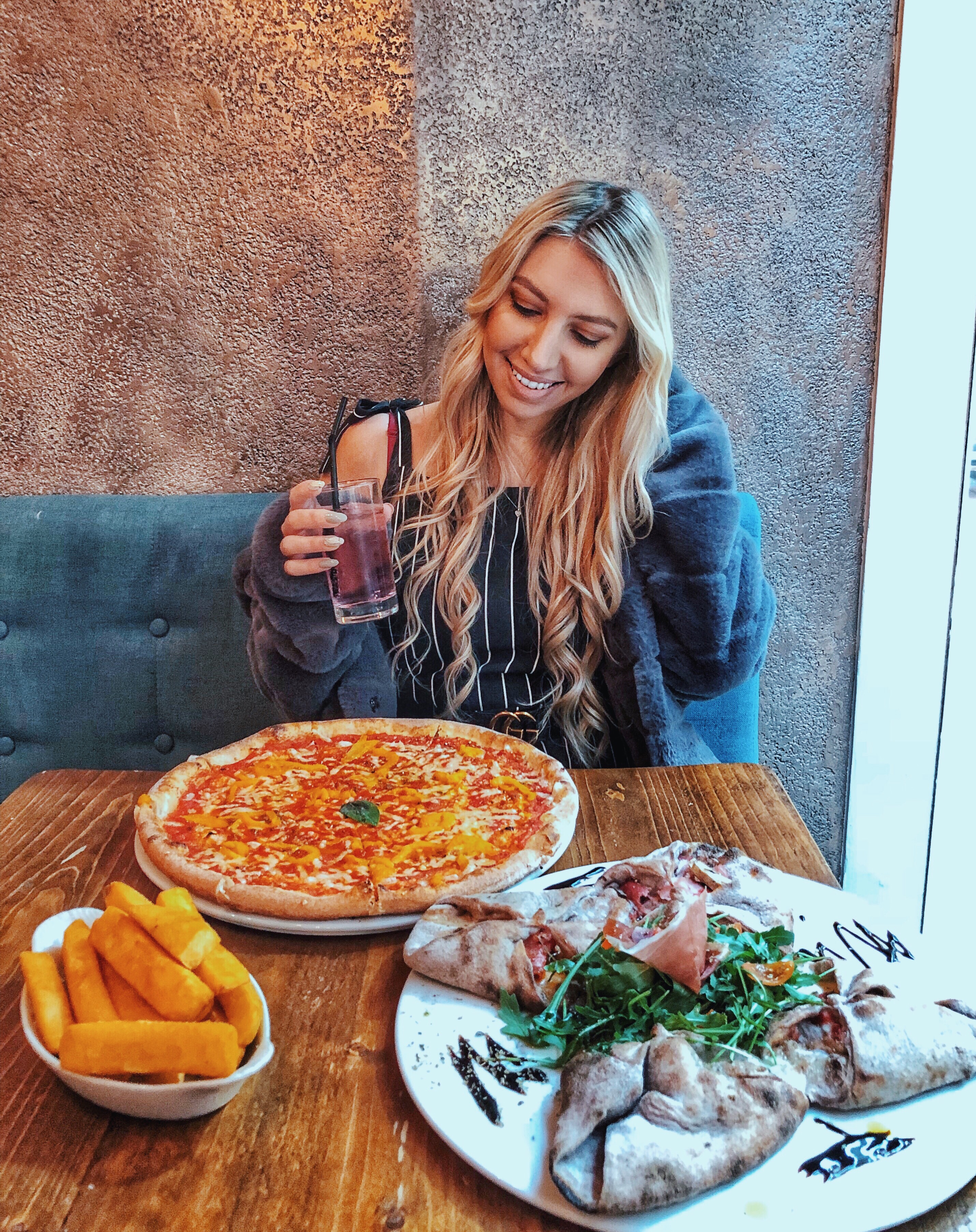 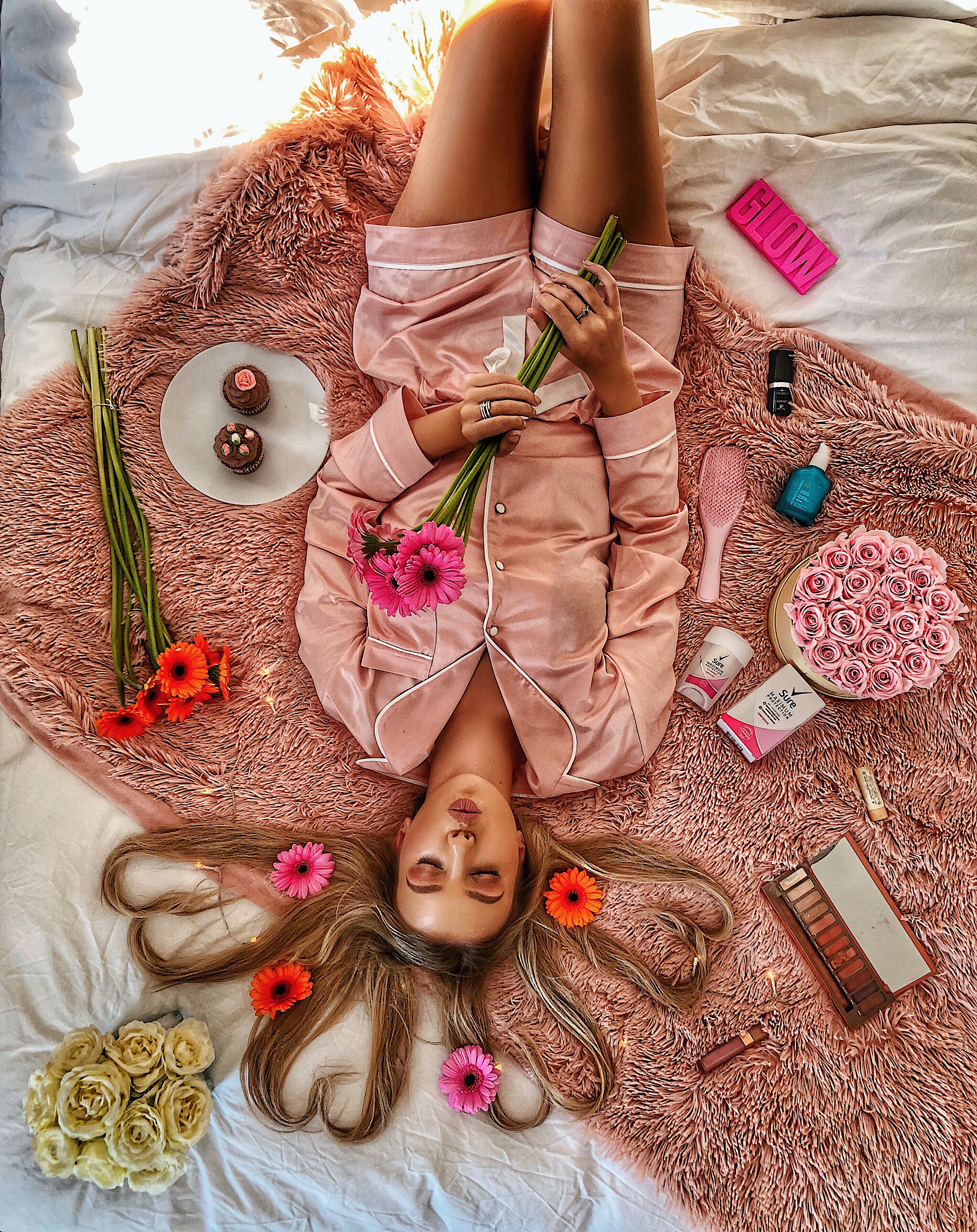 IBS is actually an umbrella term for a catalogue of symptoms, rather than a specific condition that can be managed or controlled in one specific way. Often doctors ‘diagnose’ IBS after other conditions have been ruled out by blood tests, stool samples or investigations. I naively thought that once I got the diagnosis of what was causing my hideous symptoms, I would be given a magical pill and away they would go. But it was just the start of a ten year trial and error journey.

Eventually, I visited a nutritionist, who diagnosed me with leaky gut – and helped to heal this issue with supplements, nutrition and therapy. It’s invariably going to be different for everyone, and the trial and error rollercoaster of what works for you – gluten free, dairy free, wheat free, CBT etc – can feel a little exhausting. If nothing still seems to be working, you may be suffering from something called B.A.D or Bile Acid Diarrhoea (another sympathetic term, I’m sure you’ll agree). Symptomised by chronic diarrhoea, BAD is thought to have over 1,000,000 sufferers in the UK and is thankfully, quite treatable. In fact, 1 in 3 who are diagnosed with IBS actually have BAD.

Symptoms of BAD can vary from person to person. There is often a long history of chronic diarrhoea often diagnosed as severe IBS with many people having symptoms for many years, with some in excess of 10 years. The most common symptoms of BAD are painful, watery and explosive chronic diarrhoea, urgently needing the toilet / having accidents (faecal incontinence), numerous bowel movements a day often occurring during the night, foul smelling diarrhoea which is yellow / greasy in appearance, excessive wind, painful stomach cramps and moderate to severe bloating.

Obviously as with any new symptoms or issues, you should visit your GP to conduct further investigations and look into what could be causing you issues, but I found that doing lots of research myself (and then putting my findings to my GP) was so helpful in tackling my symptoms and finding a tailor made solution. 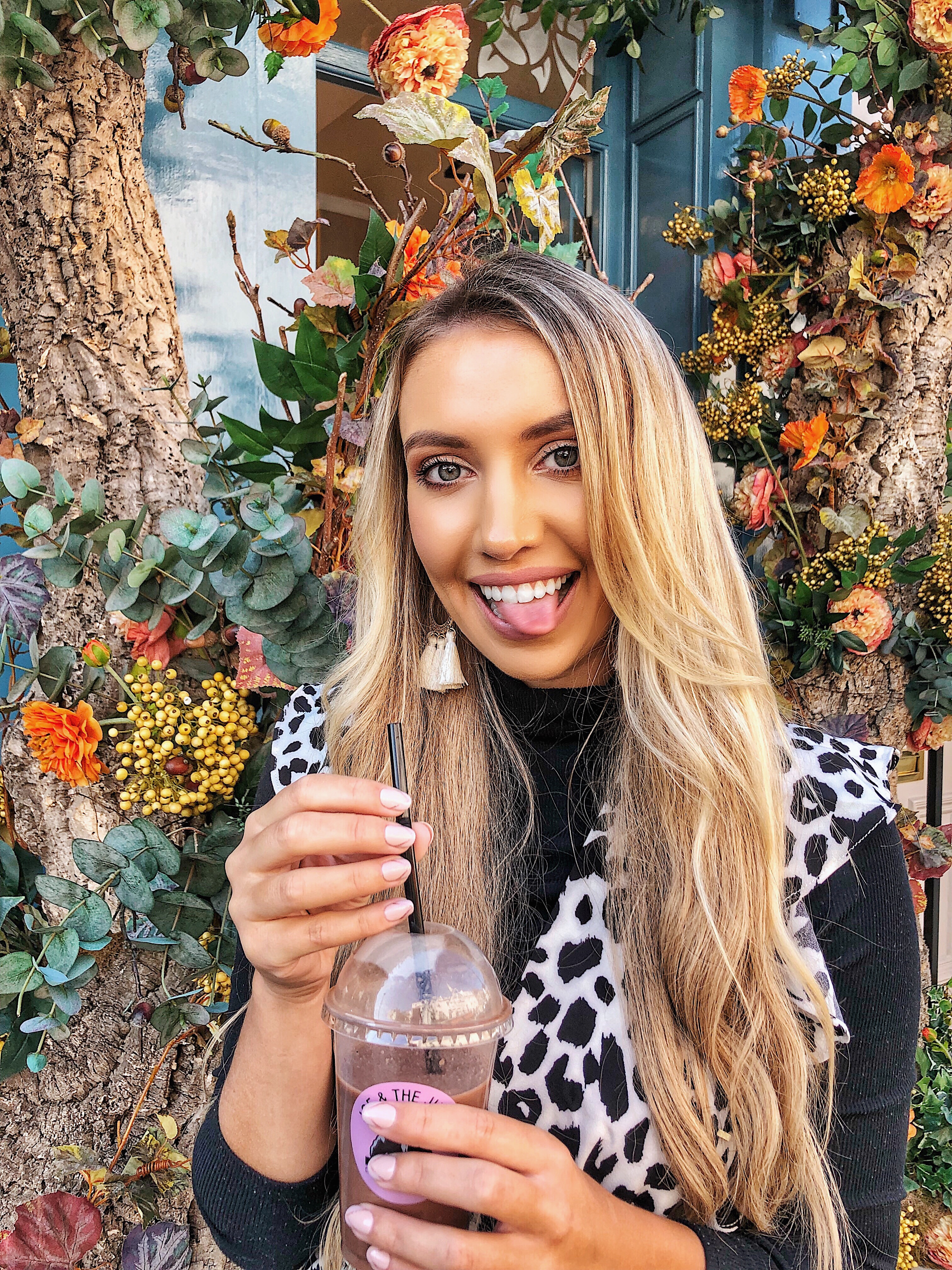 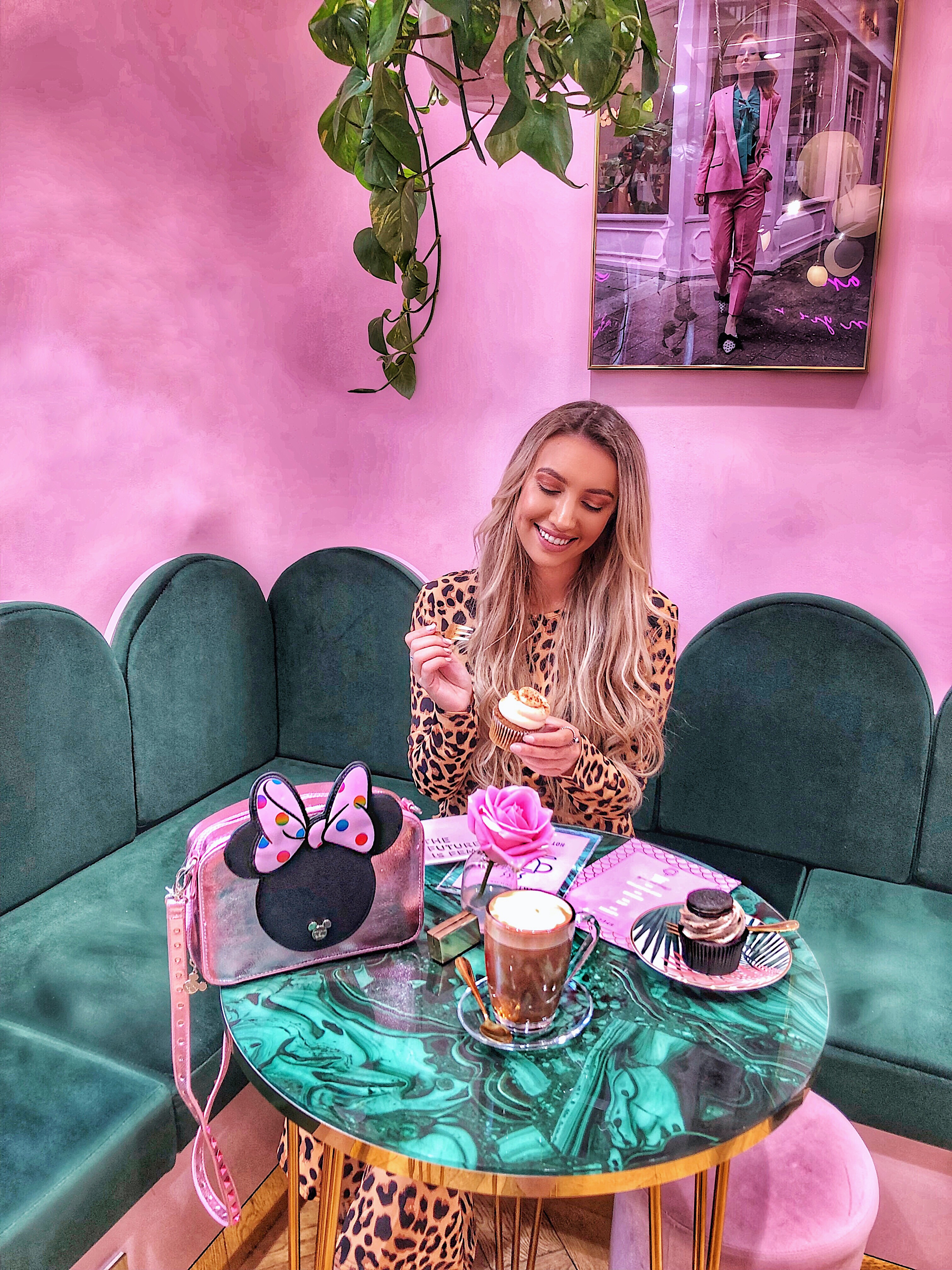 As mentioned above, the rollercoaster of trial and error can be a lengthy and emotional process, but once you do find your triggers food-wise, things become a lot easier. I used to underestimate the affect that food can have on our bodies. I didn’t think a bit of onion (for example) could cause me such trouble. And so naively, I didn’t associate the hideous trapped wind pain with the nights I’d devoured an onion bahji and a curry.

Keeping a food diary for three months was the single best thing I ever did when it came to regaining control of my symptoms. It helped me to figure out what was affecting me and what I could ‘safely’ eat. I also even managed to narrow down how particular foods would affect me too, as I kept a detailed note of each meal, each ingredient and my symptoms throughout the day. Oh goodness me, I’m glad no-one found that diary – they would have had a nasty TMI shock!

Similarly, sometimes you can eat totally ‘safe’, plain and soothing foods and you might still have IBS symptoms, so it’s not a one-size-fits-all cure, but it definitely helped to alleviate 85-95% of my IBS related issues. 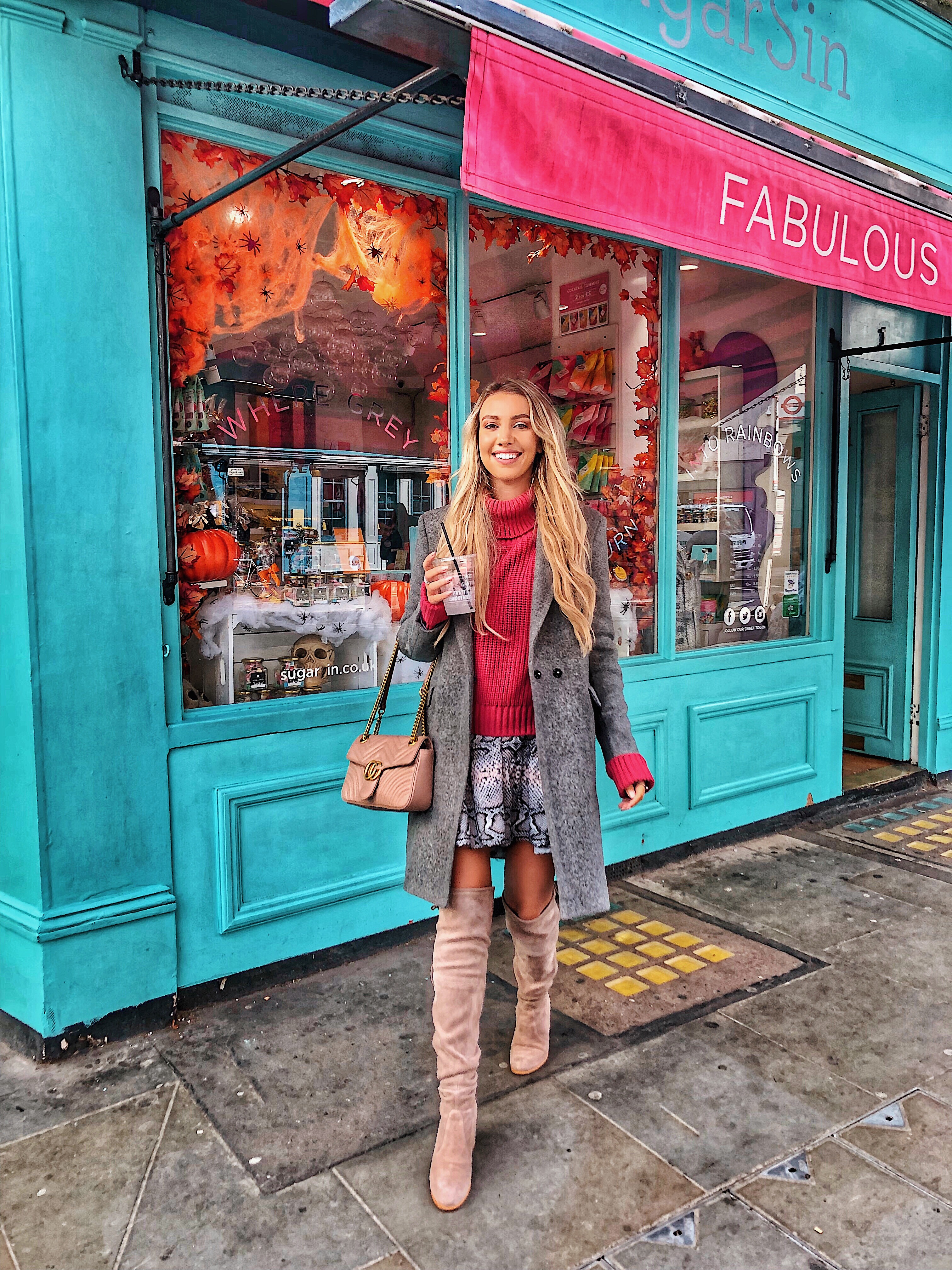 There’s support out there if you need it

I think the most daunting thing I faced after initially finding out about IBS, was that I had to suffer with it alone. For the first 6-7 years, I didn’t tell a soul about my IBS, apart from my mum. I isolated myself out of fear I would be ‘found out’ and that people would think I was disgusting and weird. Navigating school life is difficult enough itself, let alone doing it with a chronic bowel condition too.

But actually, once I started opening up about what I was going through, I soon realised that there wasn’t only others suffering with the same thing, but also help and support available too.

At University, I applied for the Student Disability Allowance and as a result, was funded to have a note-taker attend lectures on my behalf in the case of me being too unwell to attend a lesson or lecture. This was a huge reassurance as I felt an overwhelming amount of guilt whenever I missed a session – and this gave me the opportunity to stay on top of my work and not worry about whether I was bound to the bathroom that day or not.

My teachers at school were also extremely supportive, arranging a private room for me to sit my exams in – so that I didn’t have to worry about having to run to the loo halfway through and interrupting everyone else’s test (or drawing attention to myself). Help is out there – you just have to ask for it. 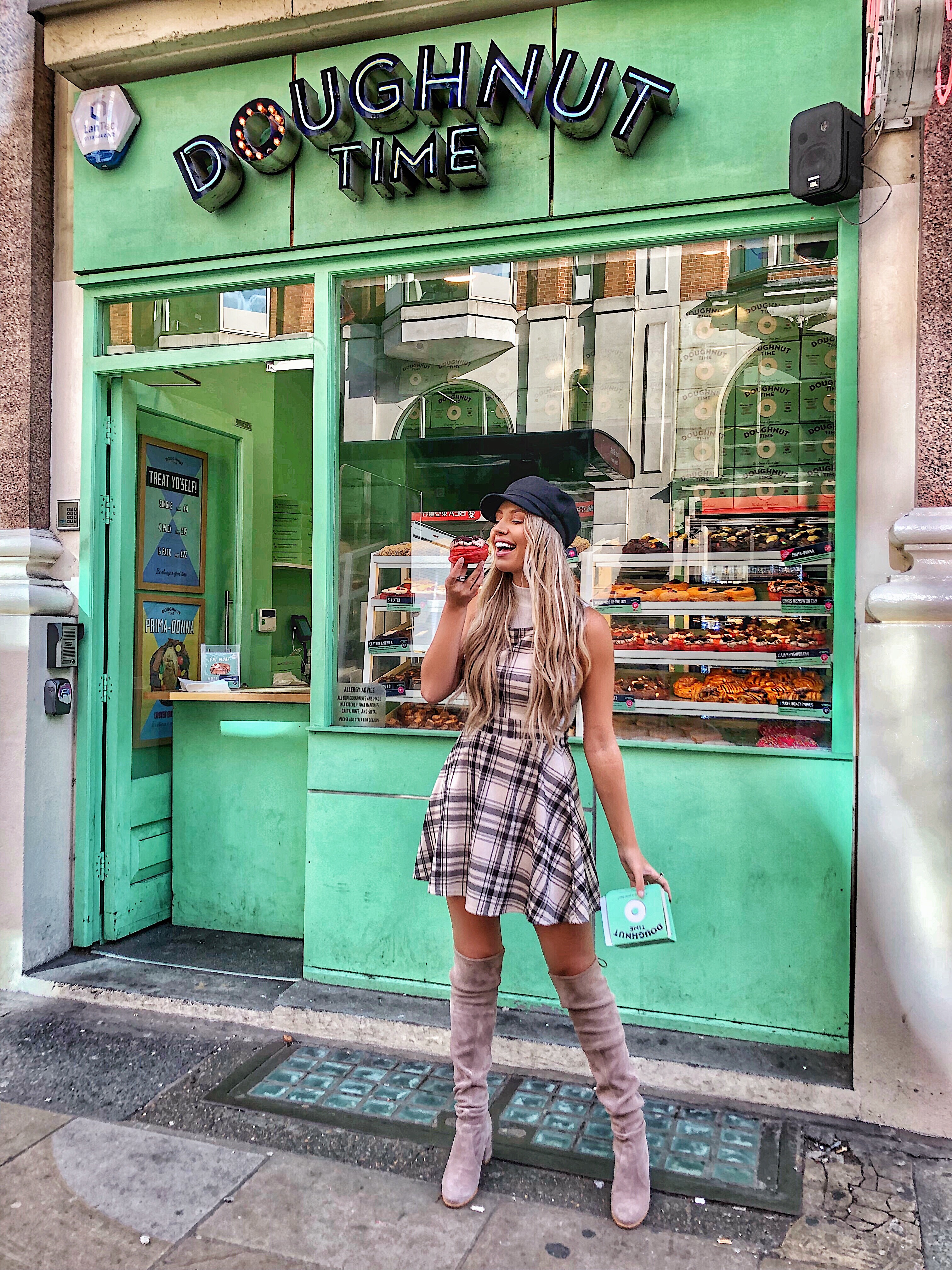 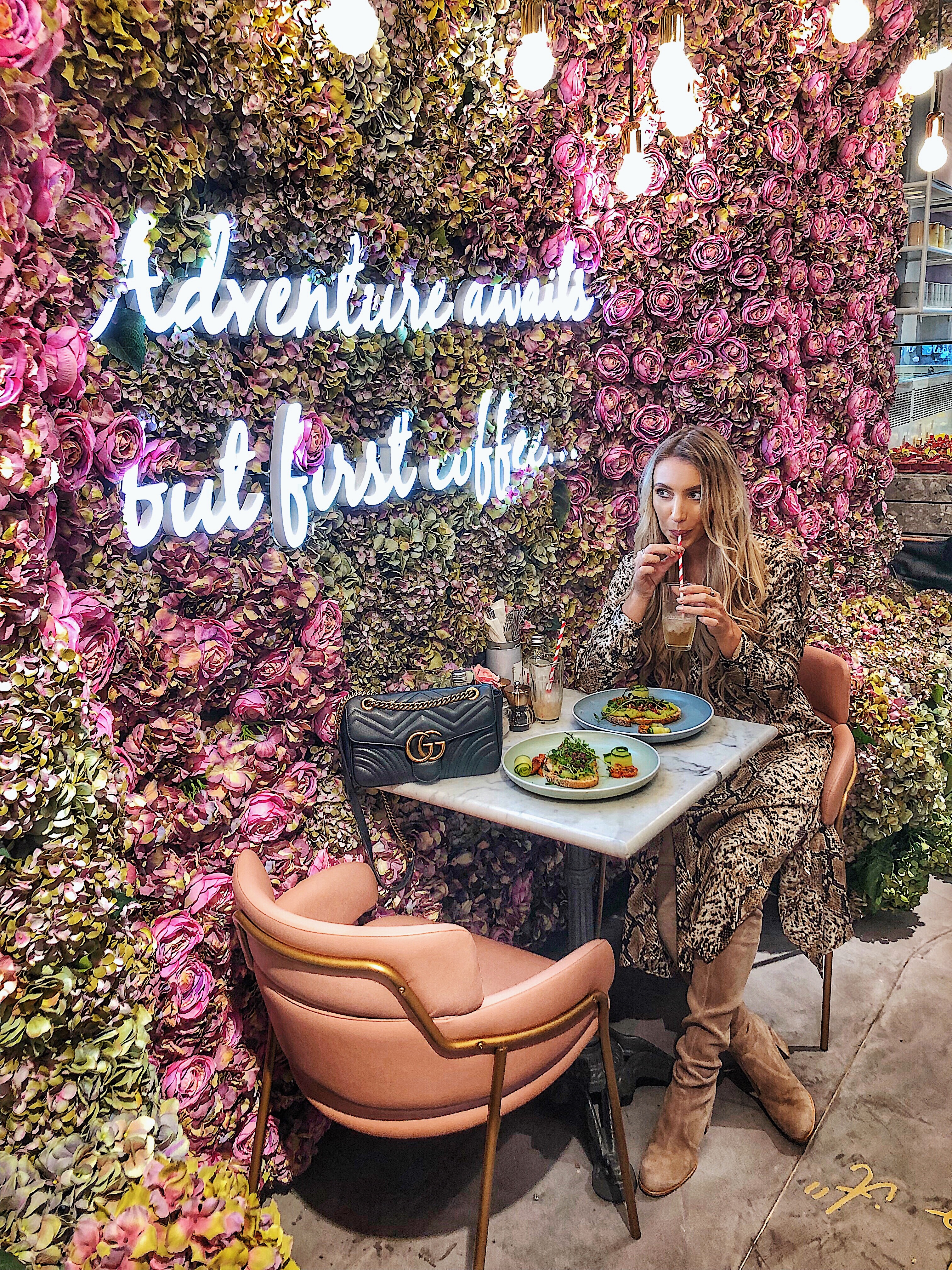 It is possible to alleviate symptoms

Although it might not seem like it during periods of intense flare-ups, symptoms can and will be alleviated in time. IBS comes in waves – and I usually find the biggest ones are when I have stress in my life (ie: my first ever flare up was around the time my grand-father passed away, another when I was sitting my GCSE’s, another when I was in a difficult living situation with housemates). It might seem like there’s no light at the end of the tunnel, but it is possible to alleviate symptoms.

First it’s worth doing plenty of research into your specific symptoms and trialling different foods, supplements and exercise regimes, as well as therapy such as CBT. Also, as mentioned above – it’s worth looking into whether your symptoms are a result of something else going on – keeping your GP in the loop as you progress in your research.

I remember at one point feeling as though I had to be dying, because I didn’t understand why I was in such awful amounts of pain night after night. The worry of it being something serious made me even more anxious, which in turn exacerbated my symptoms further. If you’re worried, ask your GP to do further testing. Often reassurance enough can put your mind at ease enough for symptoms to ease off a little. 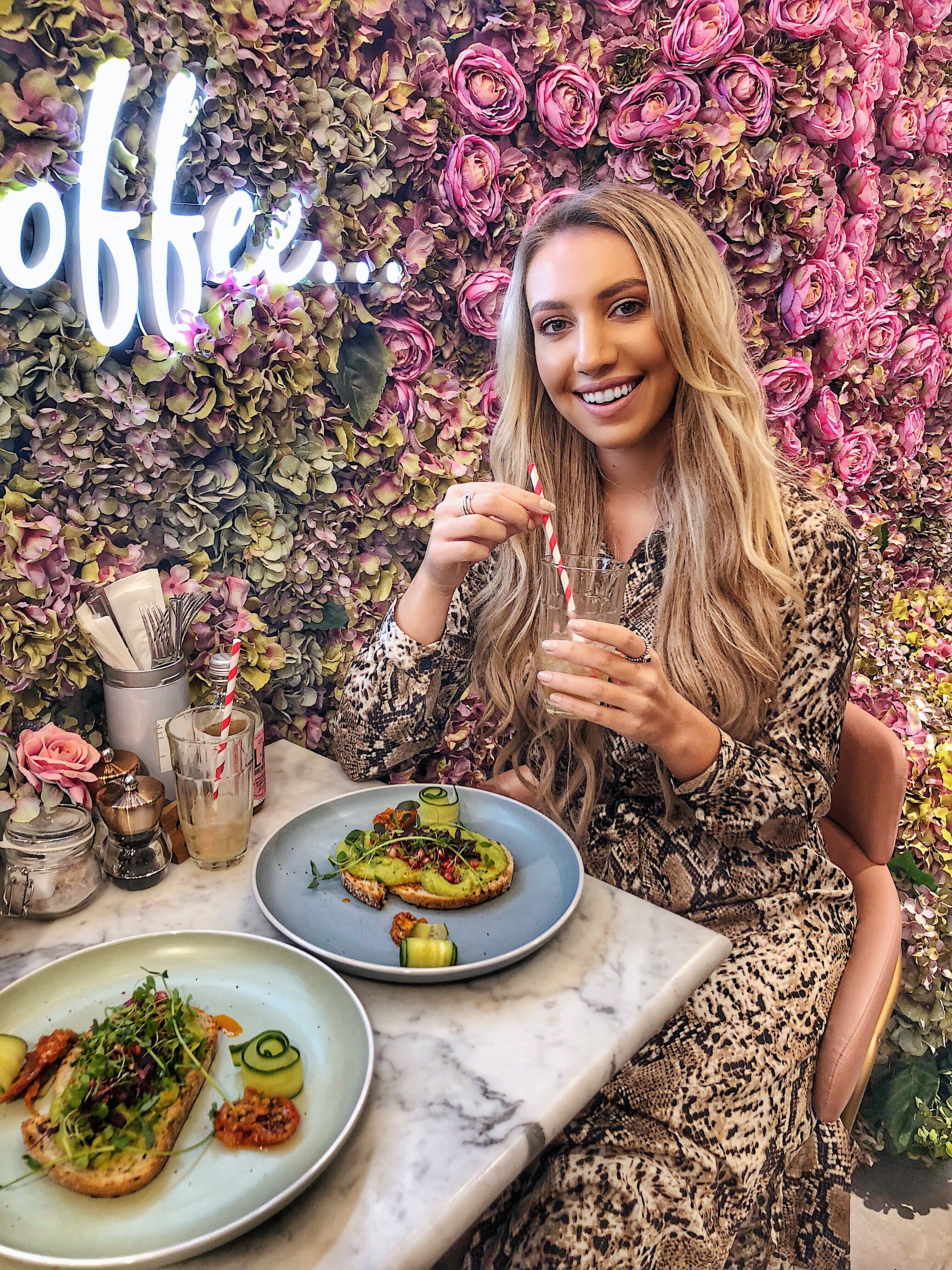 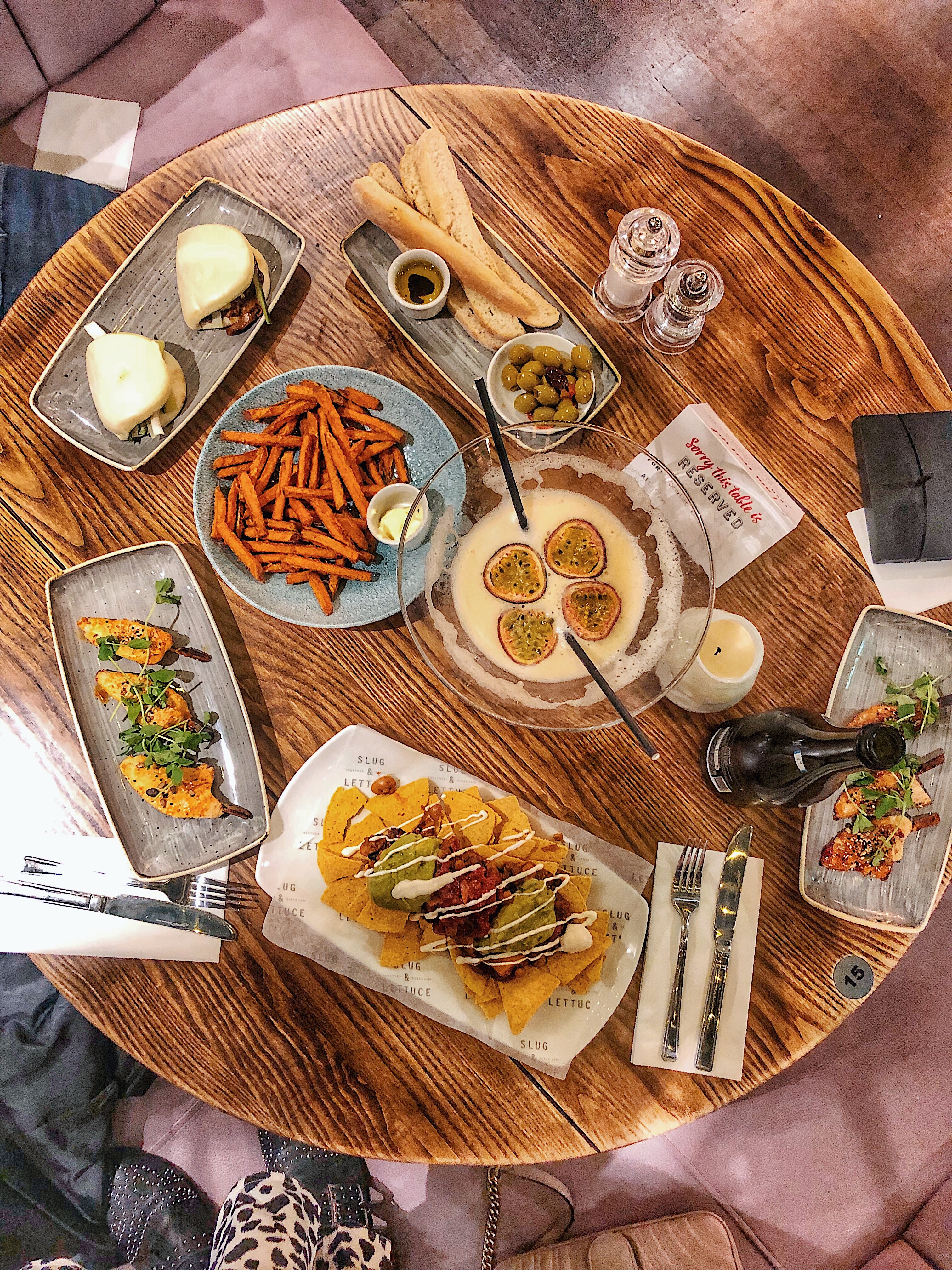 You can go months, years or decades without a flare up

In the UK, IBS is usually diagnosed by GP’s once you’ve had a consecutive period of three months or more with symptoms. It differs from food poisoning and gastroenteritis in the sense that the bouts of symptoms are a little relentless and don’t just disappear within a few weeks. However it is also common for symptoms to go away for months, or even years – and for you to then have a relapse or flare up again.

As gut wrenching as this is (I remember feeling so elated they had disappeared, only to experience such flat frustration when they returned a year later), it is normal and the best thing to do in this situation is to listen to your body. Initially, I punished my body for letting me down again (after a period of respite which gave me such hope). How could it deceive me in such a way. But I do find my IBS flares up in times of stress or immense pressure, so I now know to look after myself, be kind to my body and rest when I need to rest. IBS has its up’s and down’s – and as frustrating as the symptom flare-up’s may be, try and gage it as your bodies way of telling you to slow down. 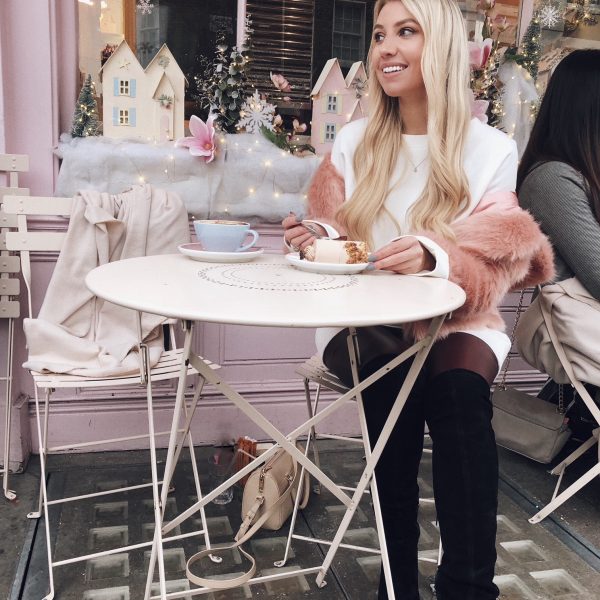