Our trip to Thailand began in Bangkok – the natural starting place of any travellers journey. Some choose to venture straight to the islands, on which lay the beautiful beaches that the country is famed for – while others stay on in the capital to experience the hustle and bustle of a Thai city. We opted for the latter of course, with two nights booked to explore and recover from the 14 hour flight.

If I’m totally honest, I’d heard mixed things about Bangkok. The majority of people told me to stay away, or only stay a night if I was brave – while others said they loved it more than London. So I had strange expectations for our ‘mini city break’, eager to find out which party I belonged to.

Almost instantly upon leaving the airport, I got a little taste of what the ‘dislike’ camp were talking about, as we whizzed by several taxi drivers going to the toilet on the side of the motorway. Our driver tutted and laughed as he explained that the airport system doesn’t allow any of them into the building to use the loo, so this is a regular occurrence. It was a rather strange welcome into the city, but luckily – it got better from there.

Bangkok is a crazy place. A moped with an entire family bundled on the back, including a tiny baby, none of whom are strapped in – is something you’ll soon become accustomed to. Some of the local risk takers don’t even hold on, for they prefer precariously perching on the back – something I didn’t know whether to admire or be angered at. There are SO many cars, SO many people and the most incredible array of shops, street food vendors, temples, boats and bikes.

Five star luxury juxtaposes quite oddly with poverty. It’s intriguing to watch but quite emotive – and for the entire duration, I wasn’t entirely sure how to react.

However, one stable, homely and welcoming constant was our beautiful hotel for the duration – the Hansar Hotel. A family run establishment coined as a ‘luxury boutique property’, unlike other 5 stars, it doesn’t follow typical hotel trends – it makes new ones.

The exterior walls for one, are covered in luscious green hanging plants – and as soon as you step inside, a beautiful citrusy incense smell hits you – one which I will remember fondly forever more. As much as the place was vast, the dark wood decor makes it feel less like a hotel and more like a friendly block of apartments – again enhancing that ‘home away from home’ feel that is notoriously difficult to master. 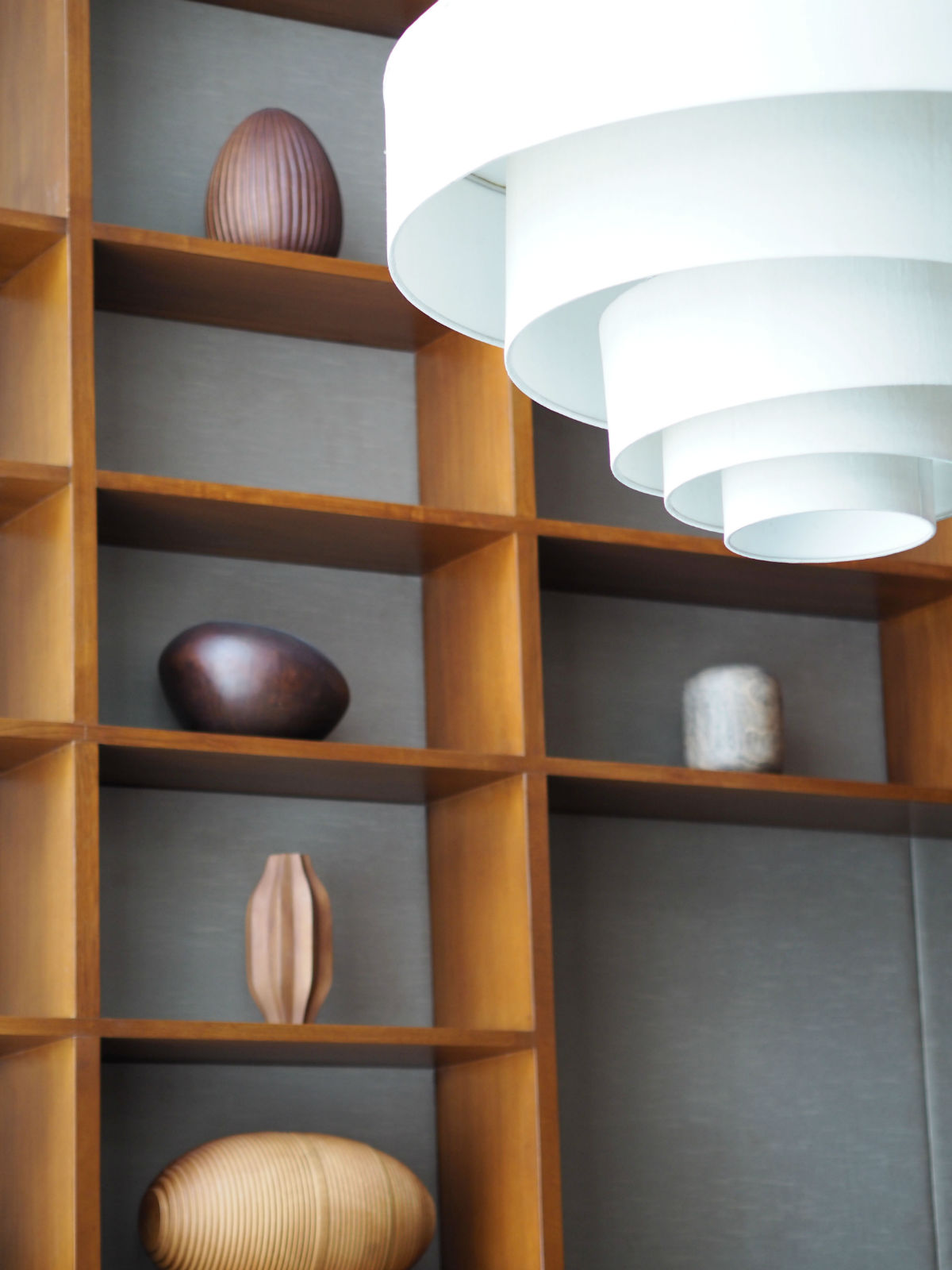 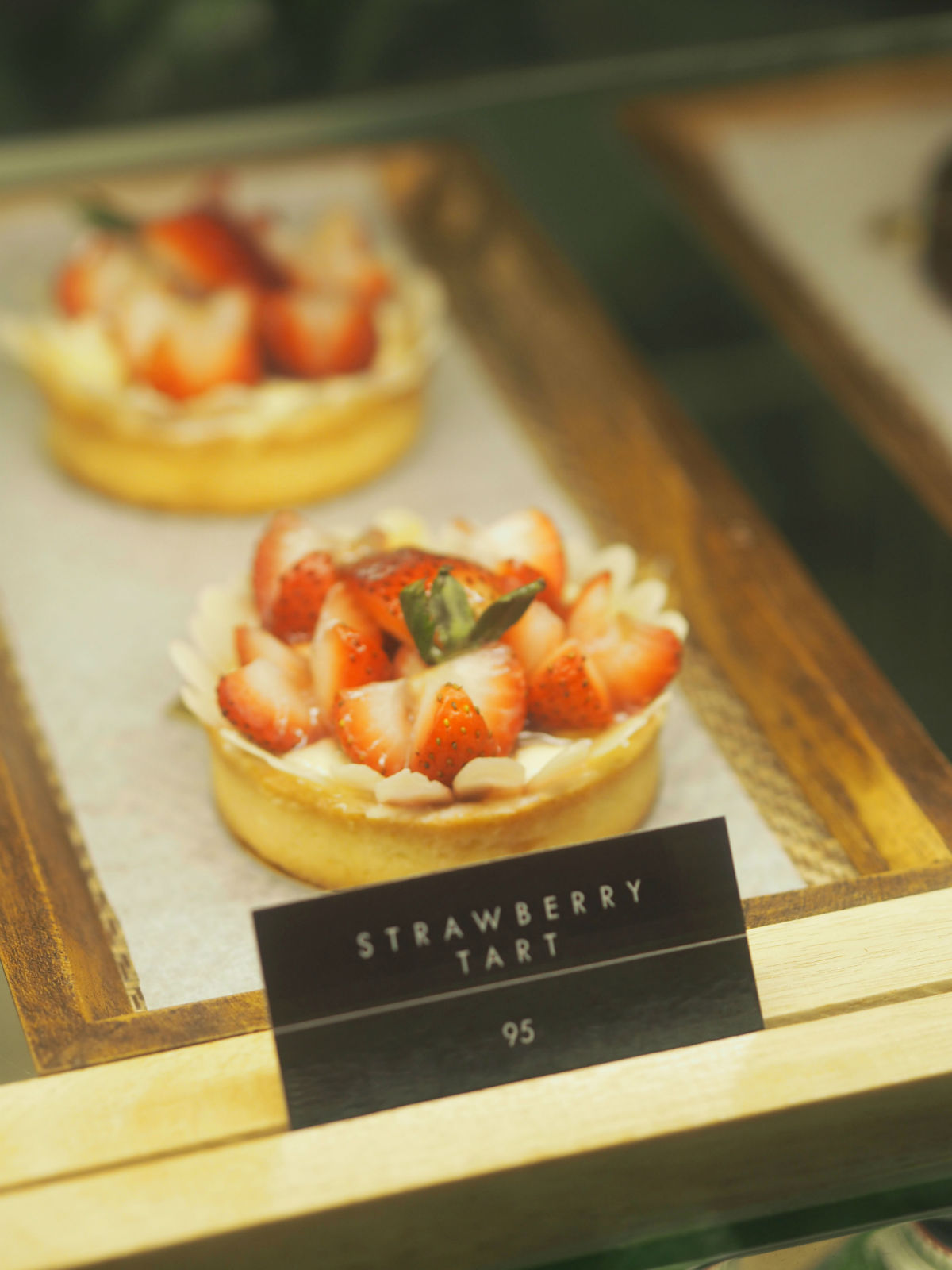 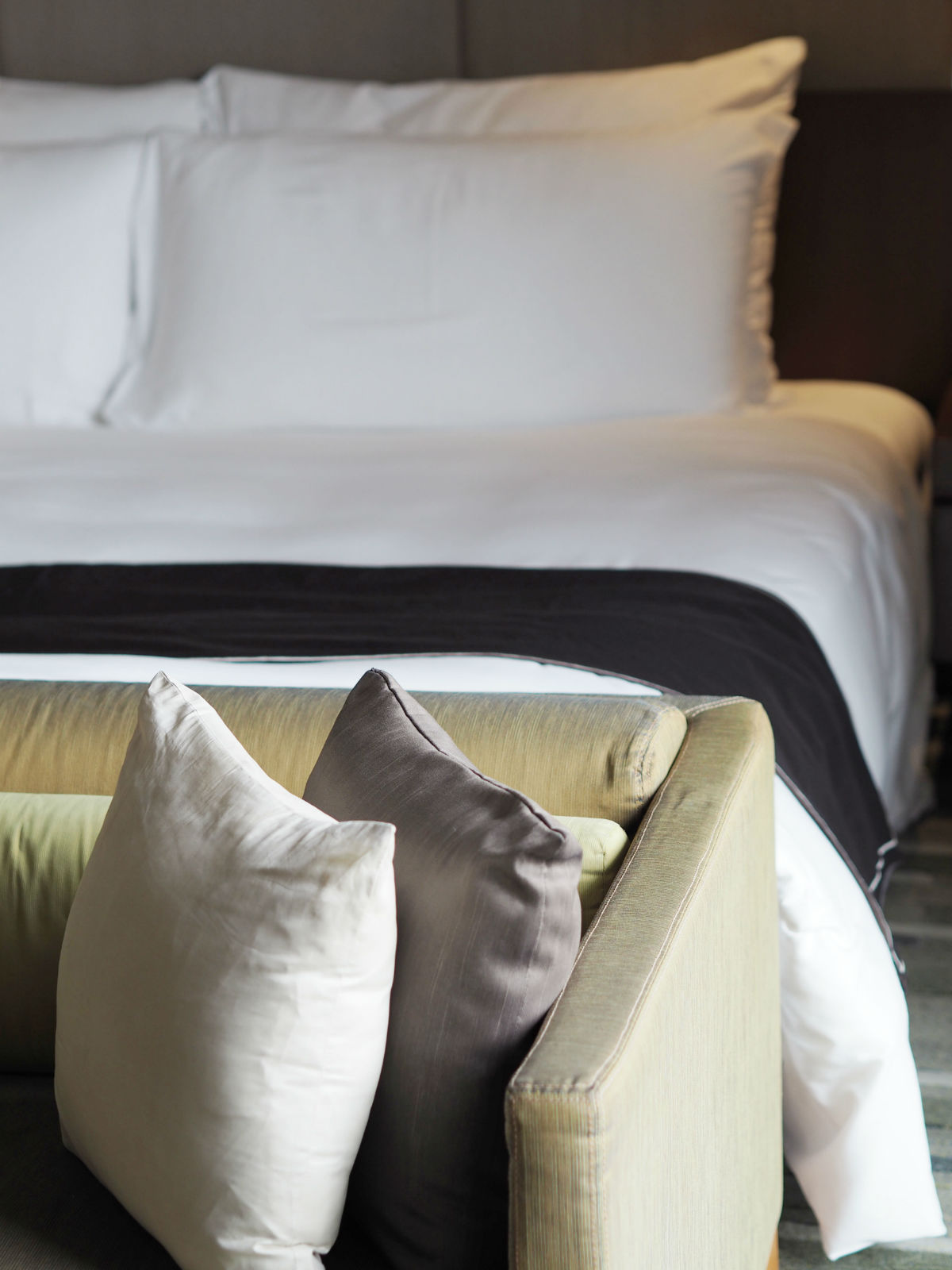 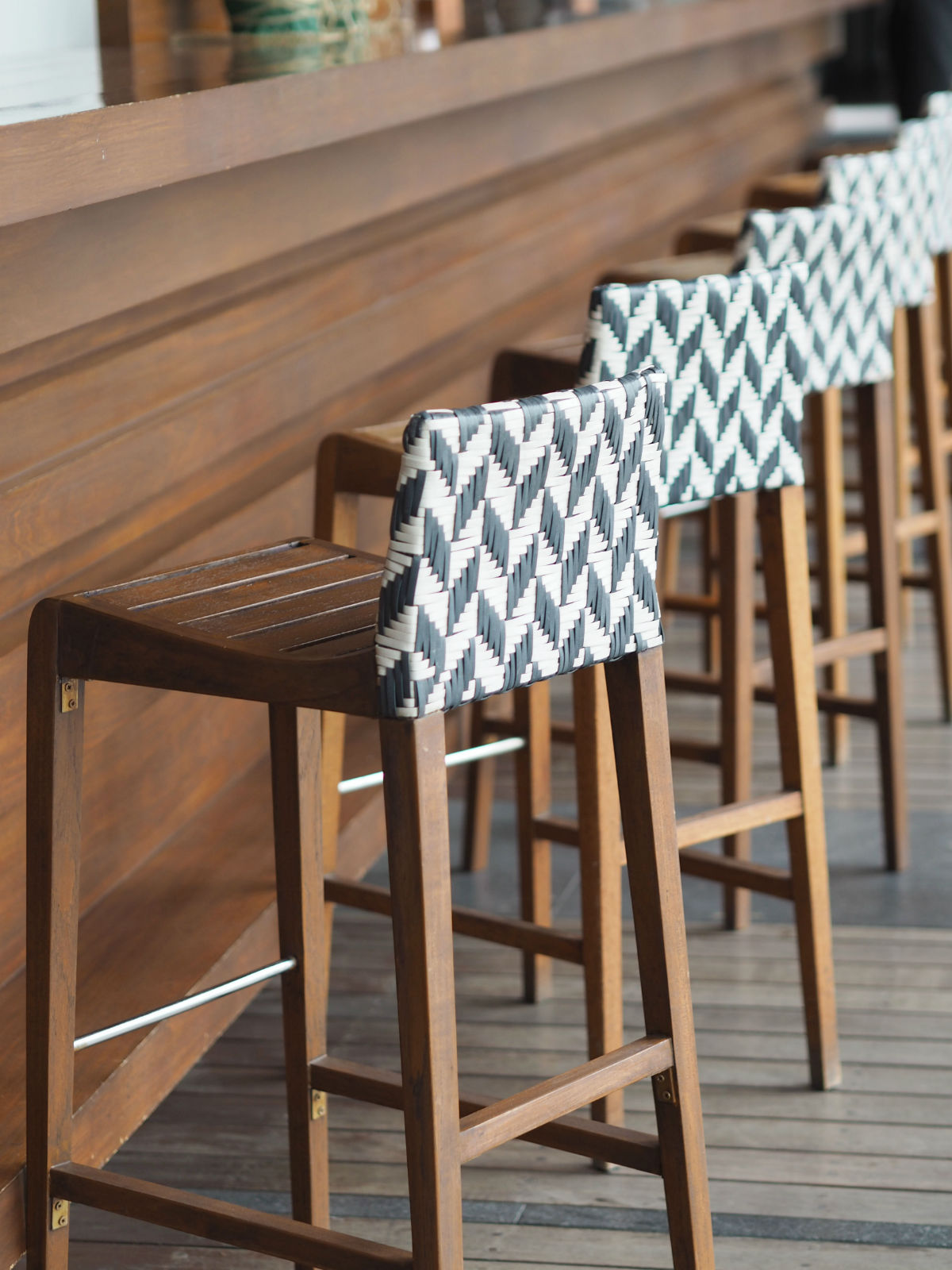 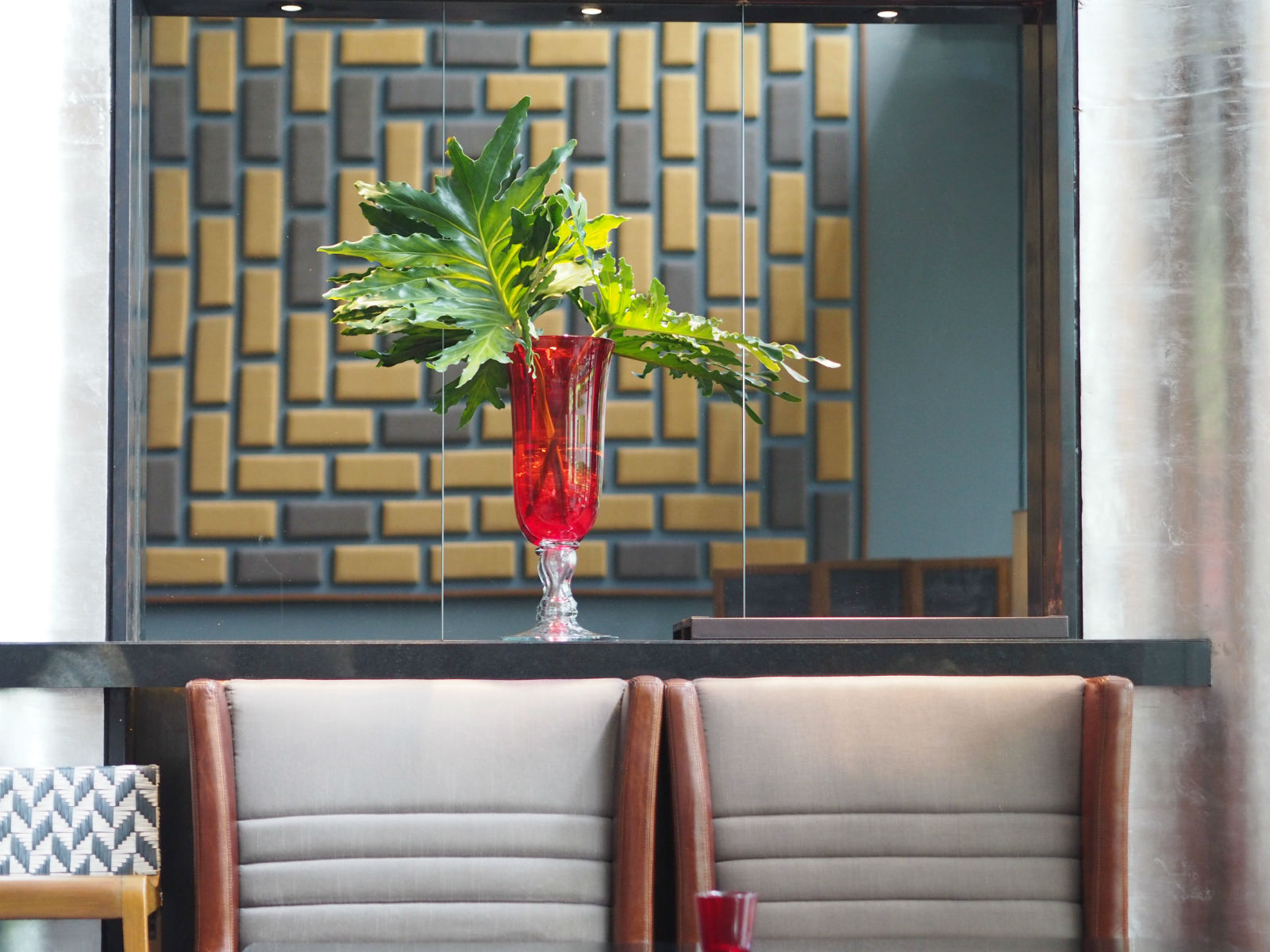 Our bags were whisked away without a second glance and we were escorted up to the first floor, where plush sofas, ice cold cranberry juices and cold flannels awaited. Just what the doctor ordered after a rather hot and sticky journey.

Check in was simple and friendly – and it wasn’t long before we were escorted up to one of the studio suites, which is apparently the most popular choice among guests – largely due to the instalment of its very own kitchen and washing machine. Vast in comparison to the shoebox size London rooms we’re used to, the suite was beautifully decorated – again to feel homely, inviting and luxurious.

Floor to ceiling windows illuminated the room – and the views, well I think I’ll let those speak for themselves… 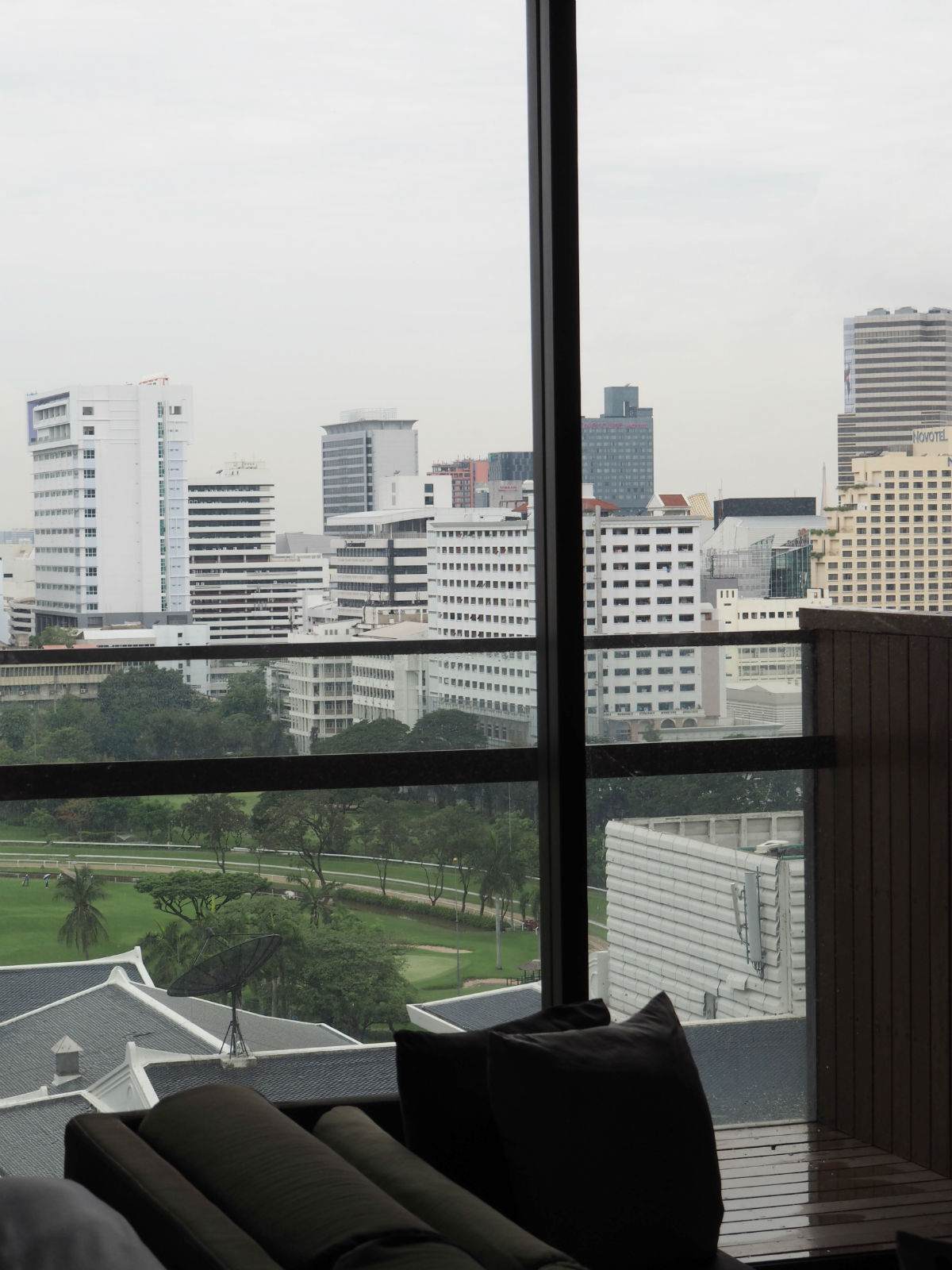 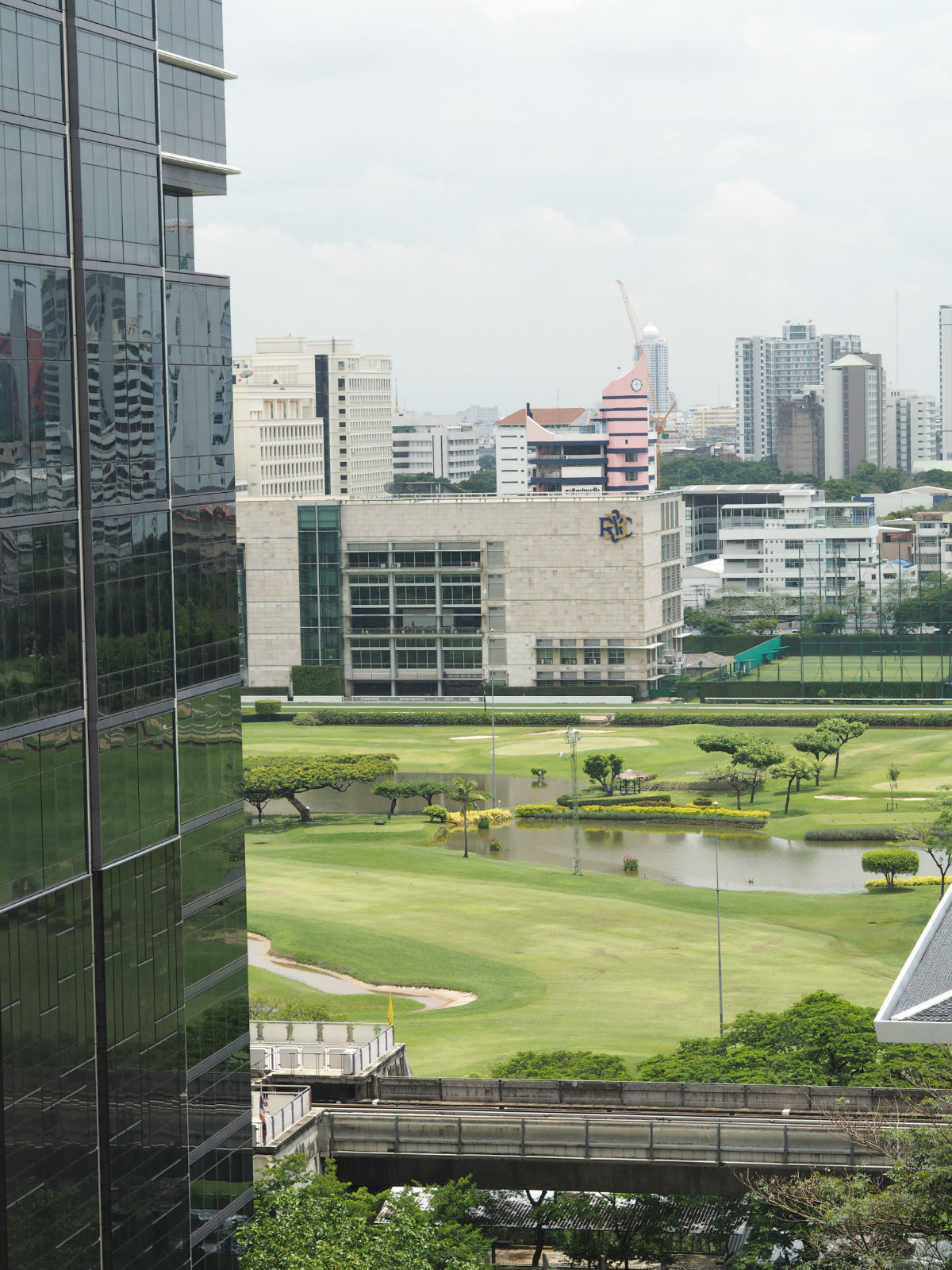 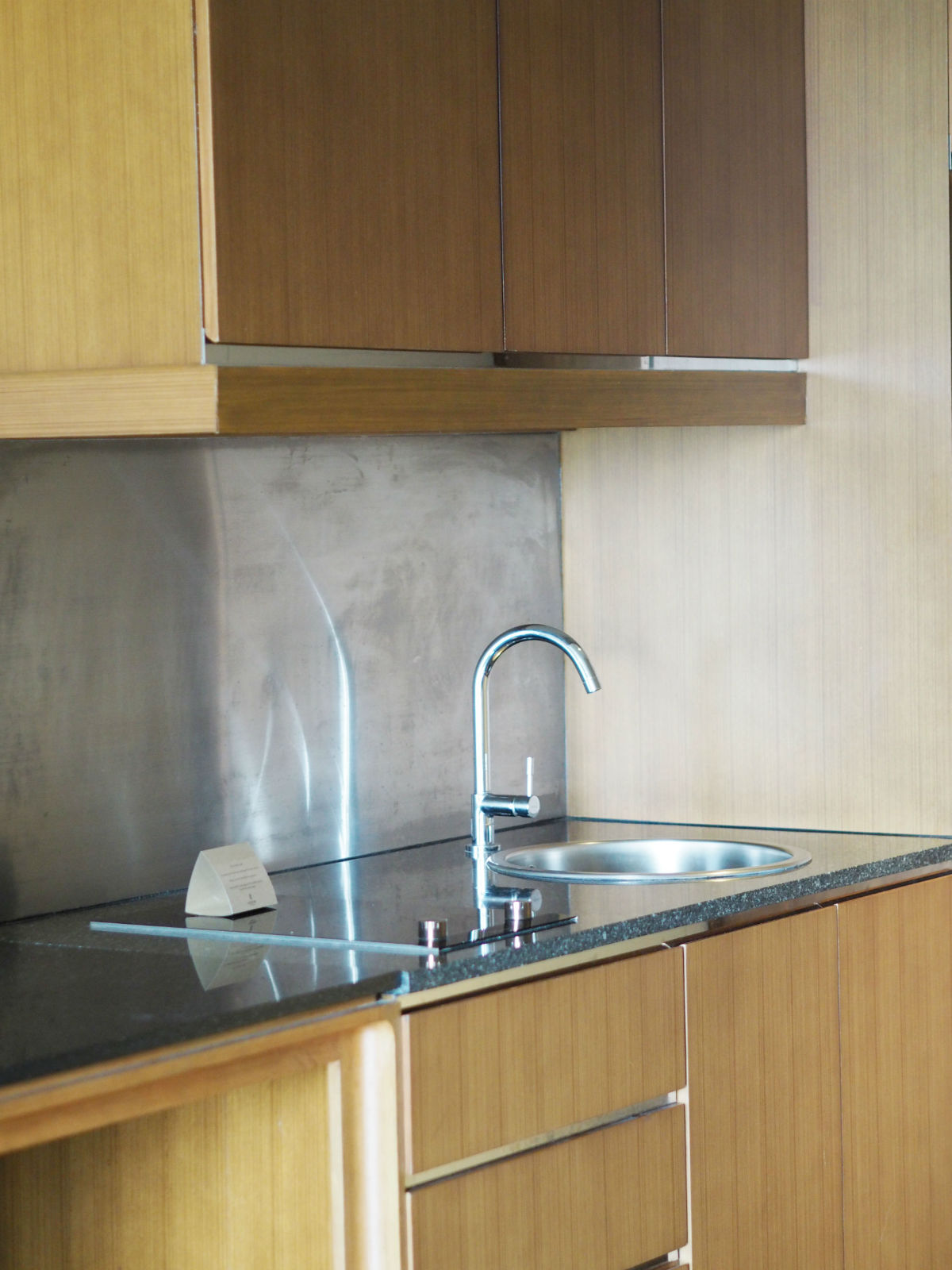 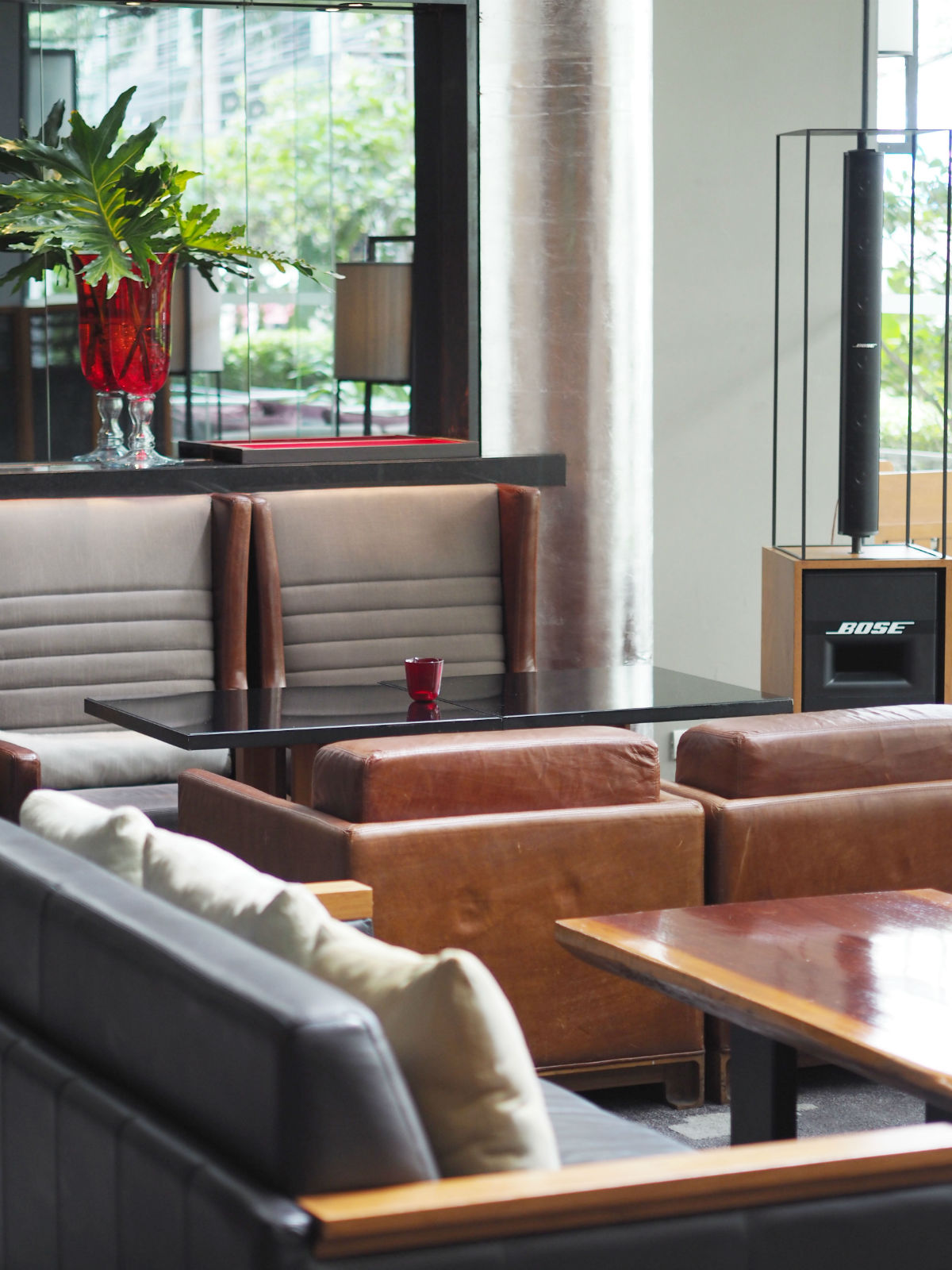 The mini bar and fridge, which is usually ridiculously priced up in order to maximise profits (I understand why hotels do this but it does irritate me slightly, especially when you’ve paid an arm and a leg for the room rate), took a slightly different form at the Hansar – one I think every property should adopt.

Cold drinks in every flavour (there’s even a strawberry fanta), Thai snacks (wasabi peas anyone) and western favourites (Oreo cookies galore) adorned the kitchen counters – and every single item was complimentary, included within the price of the stay. This means if you’re peckish, you don’t even have to leave your spot admiring the beautiful views.

The bed is plush, comfortable and HUGE – with a duvet, which I appreciated so much, because sleeping with those crispy, thin sheets on holiday is one of the worst parts. I usually wake up wrapped in some sort of makeshift cocoon both sweating and freezing from the overpowering air conditioning. This wasn’t the case at all at the Hansar.

Overall, the room had all of the necessary ingredients (and more) for the perfect nights sleep and the ideal base for our stay in Bangkok. I think the reason we had such a great time was because we could enter the crazy bustle of the city – and then leave it and escape to our soothing, relaxing hotel whenever we wished – initiating the ideal balance of the two.

The hotel’s pool on the 8th floor was another relaxing paradise in the city, with the most unique view of skyscrapers – rather than the blue sky and beach combination we’re used to when swimming on holiday. We whiled away a few afternoons with a frosty watermelon shake and a dip in the water – which was just the best way to ease into switch off mode. 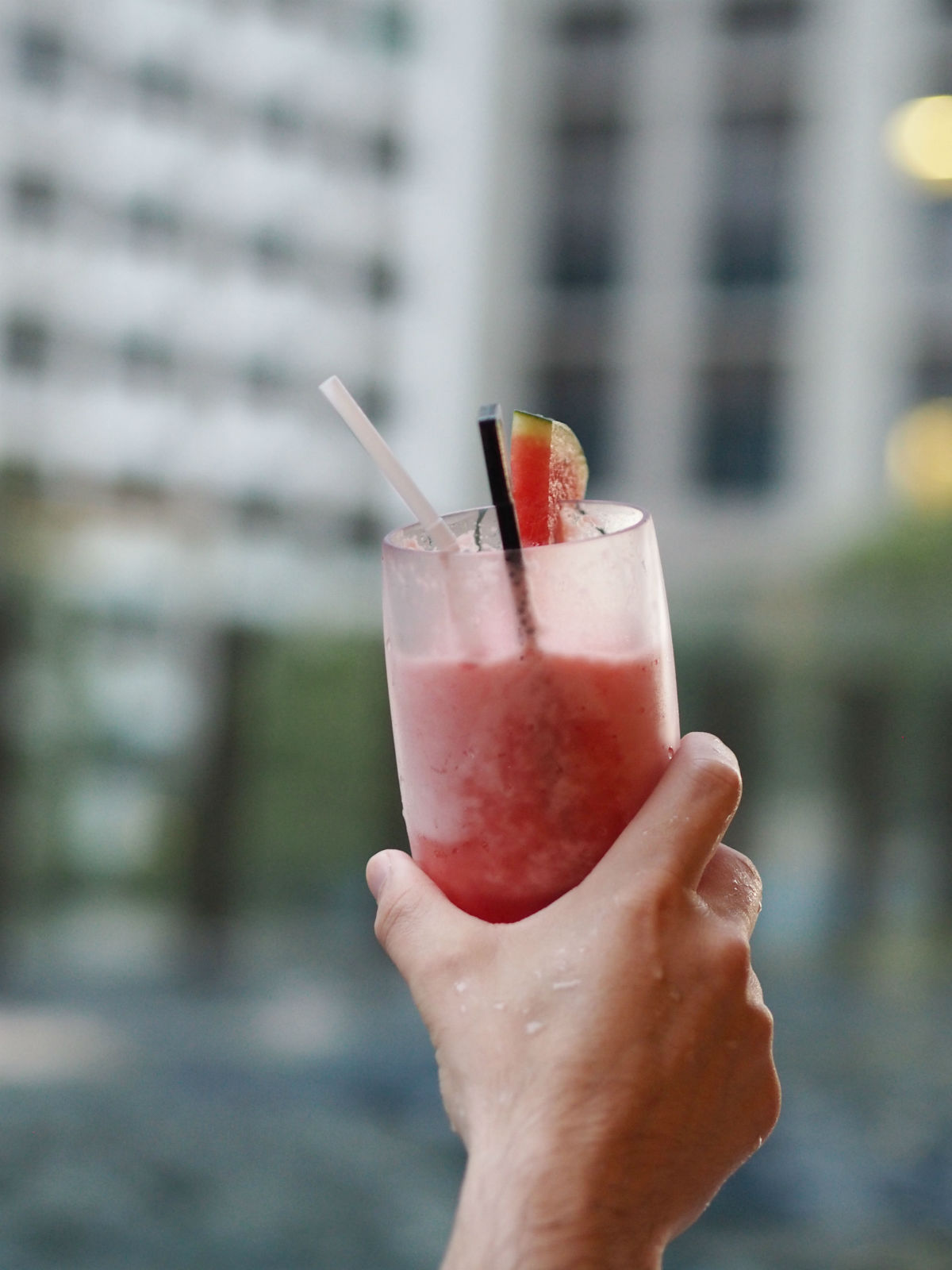 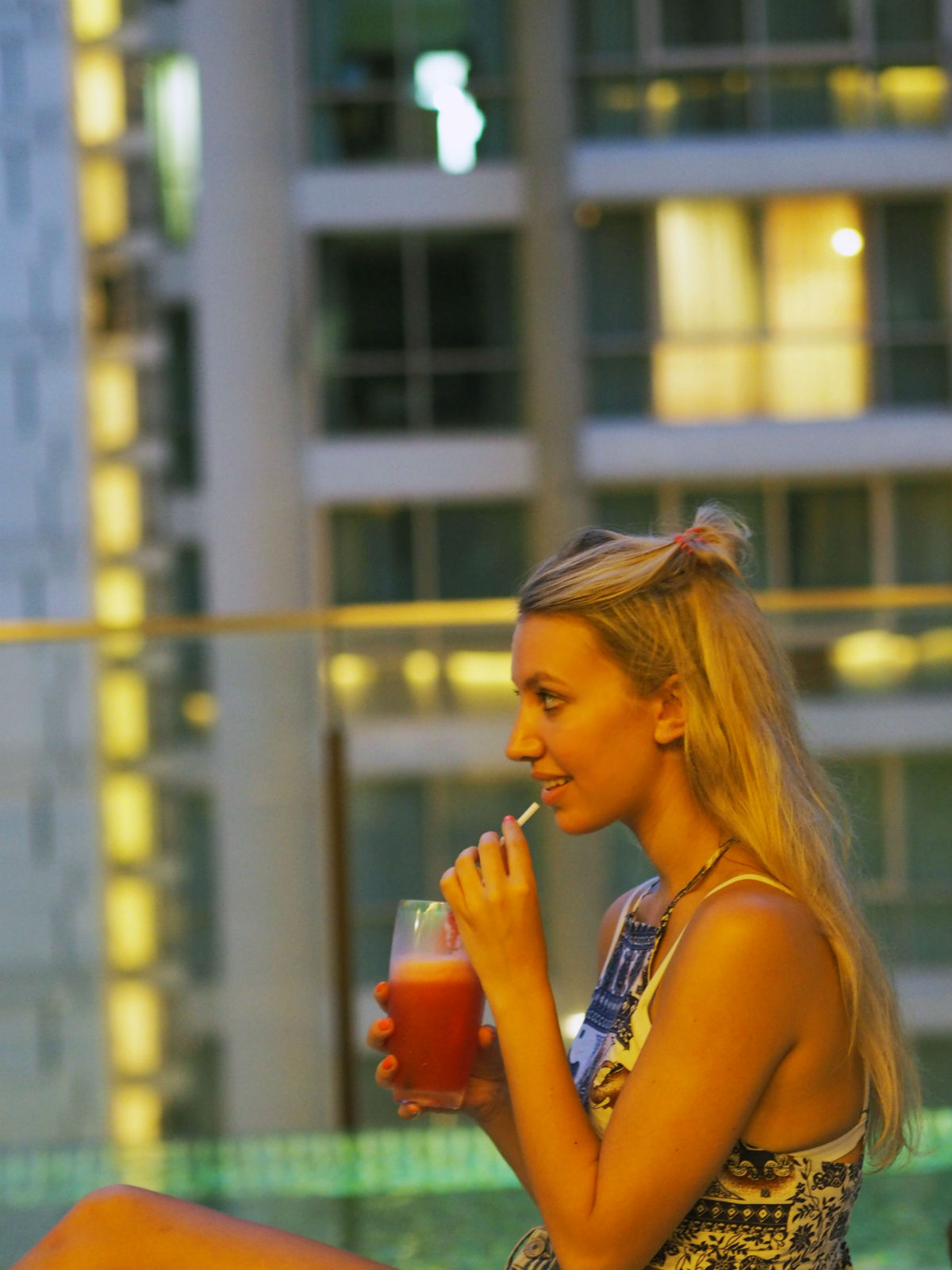 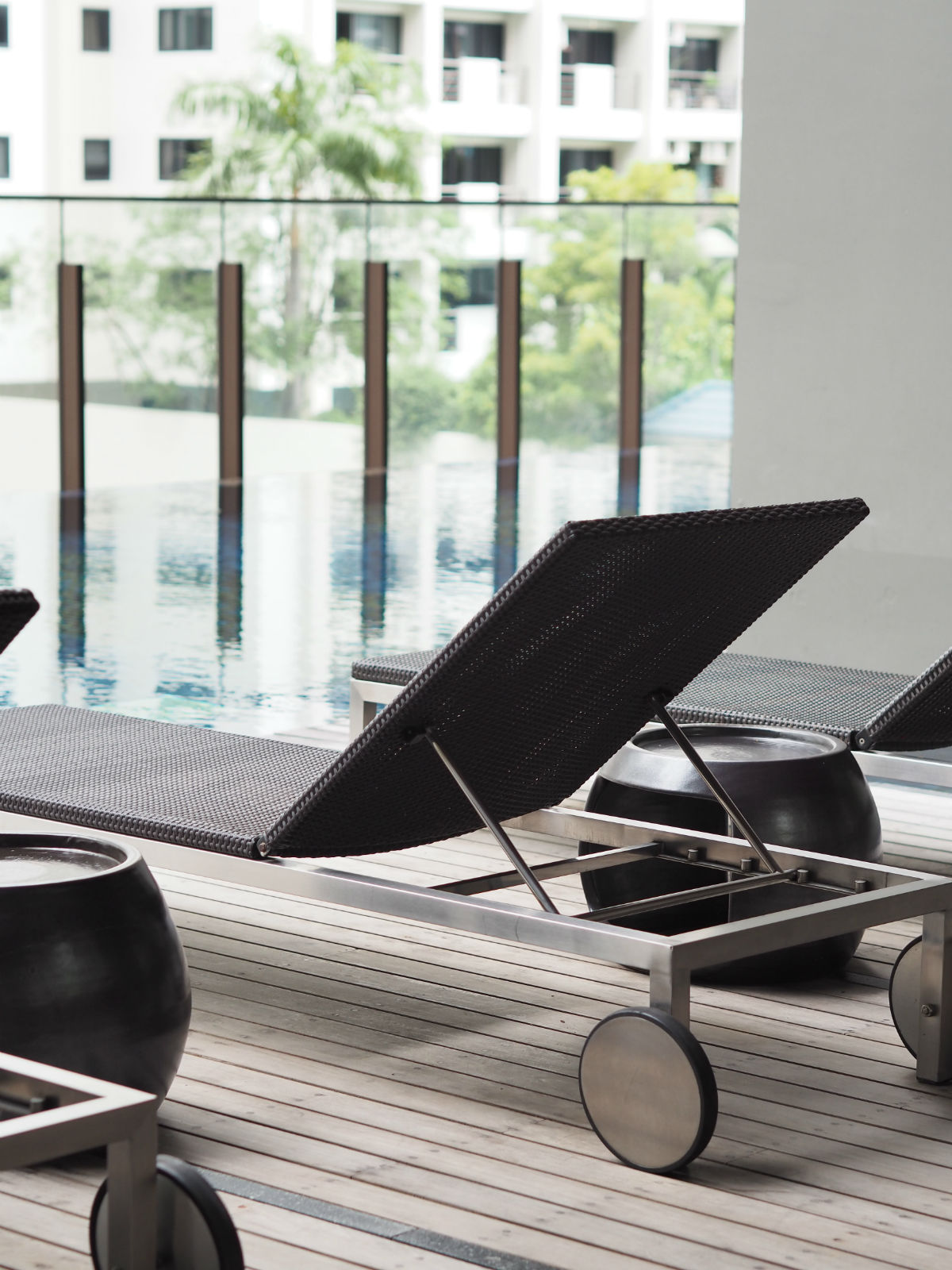 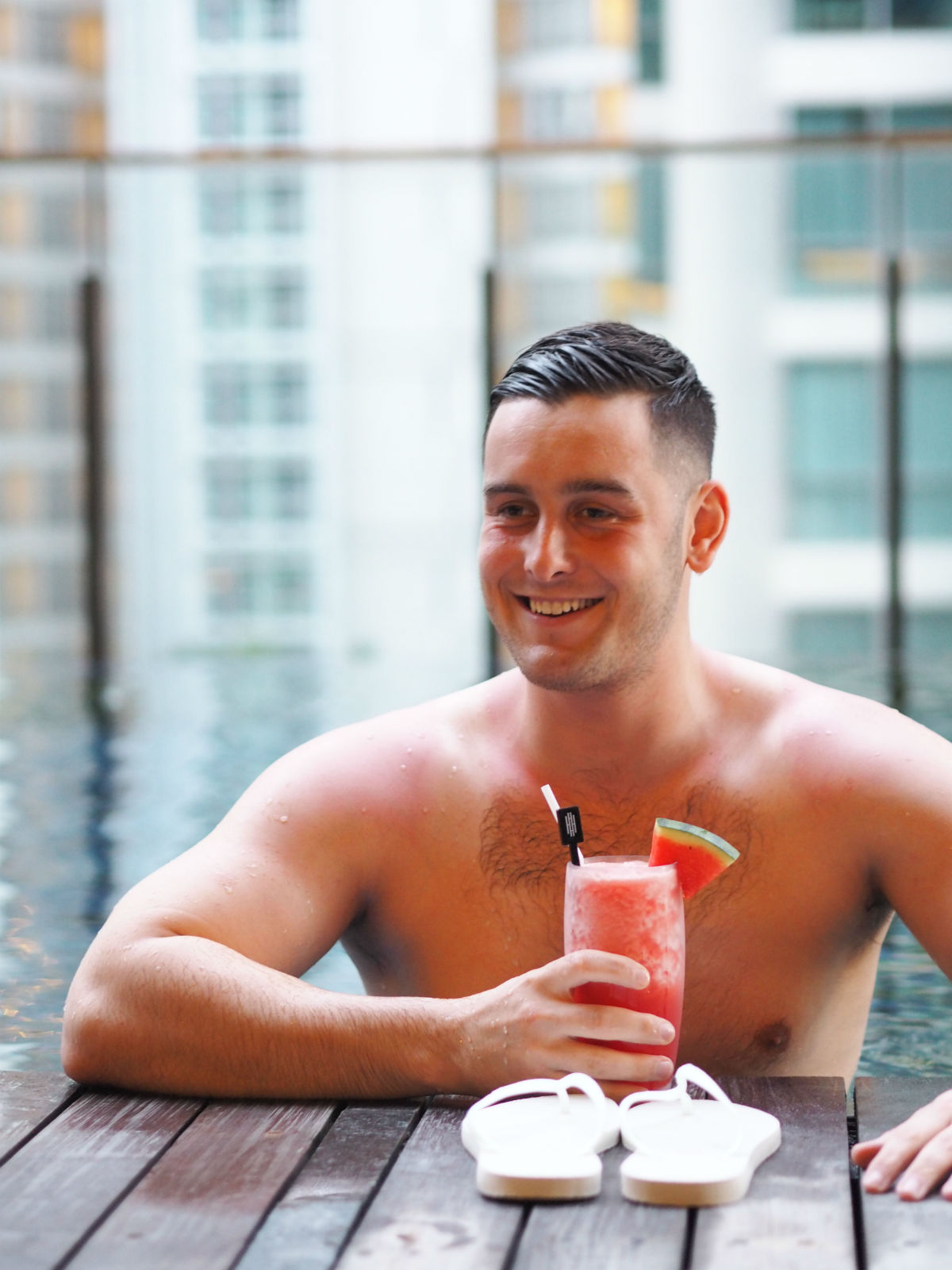 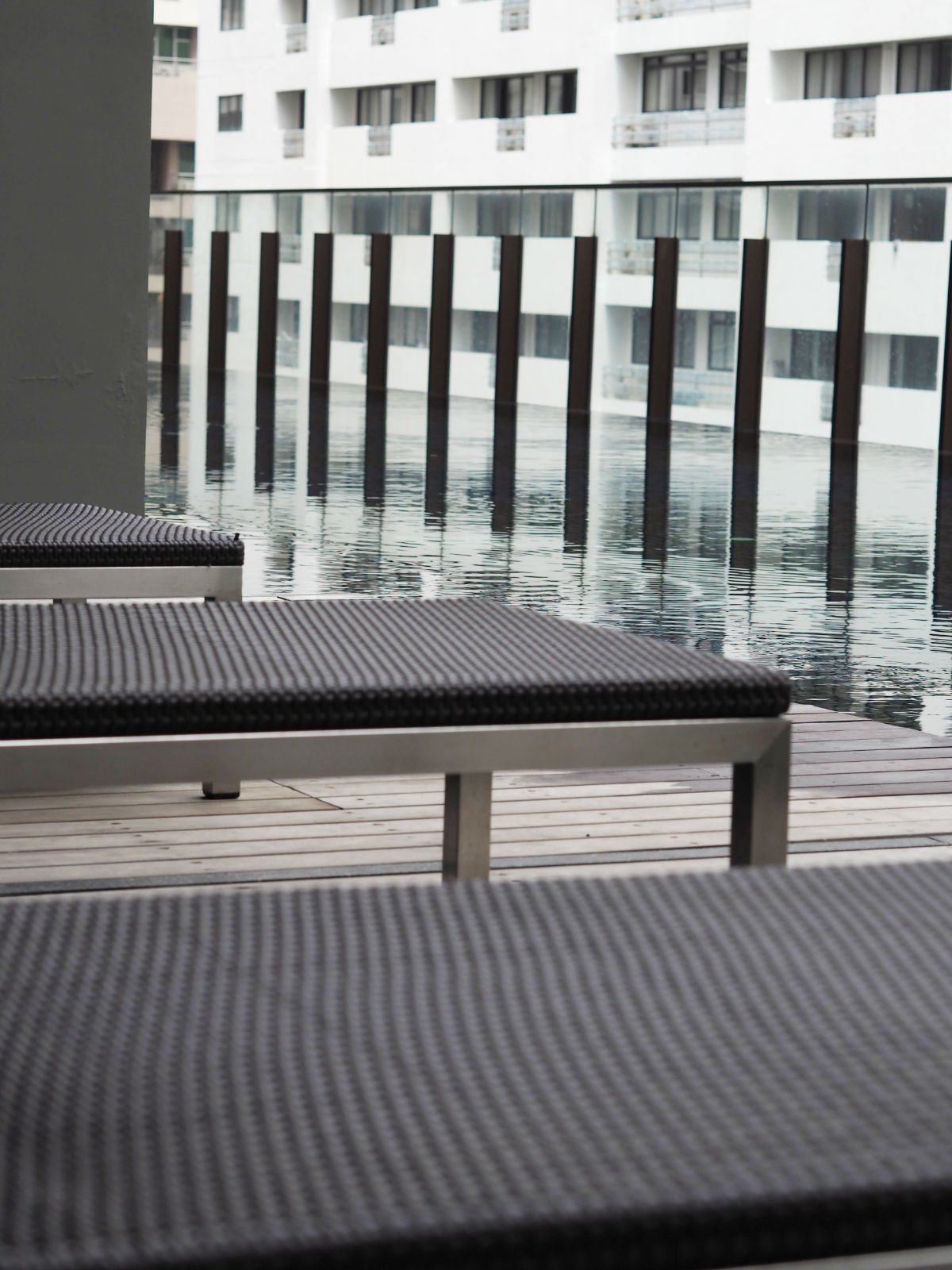 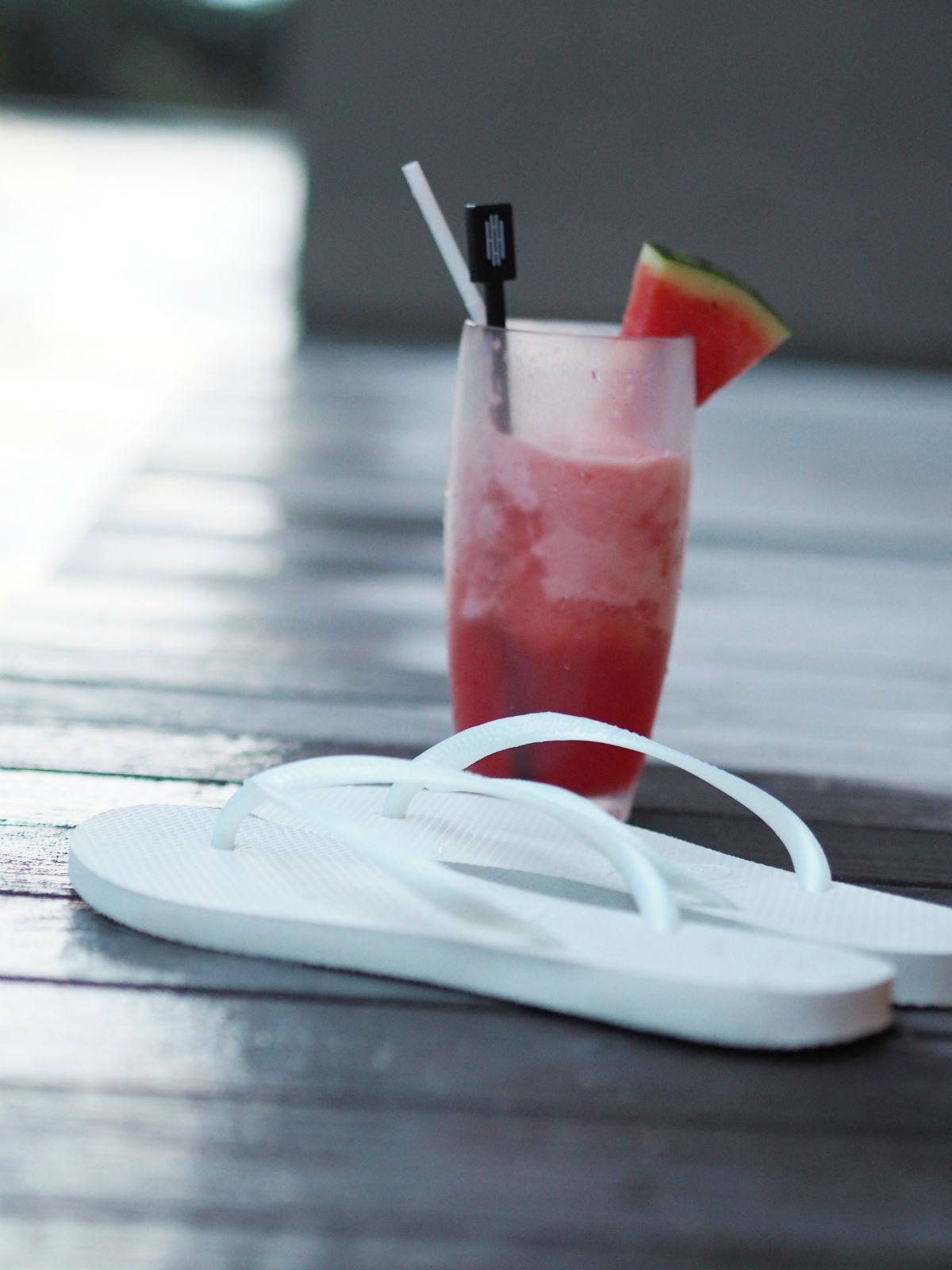 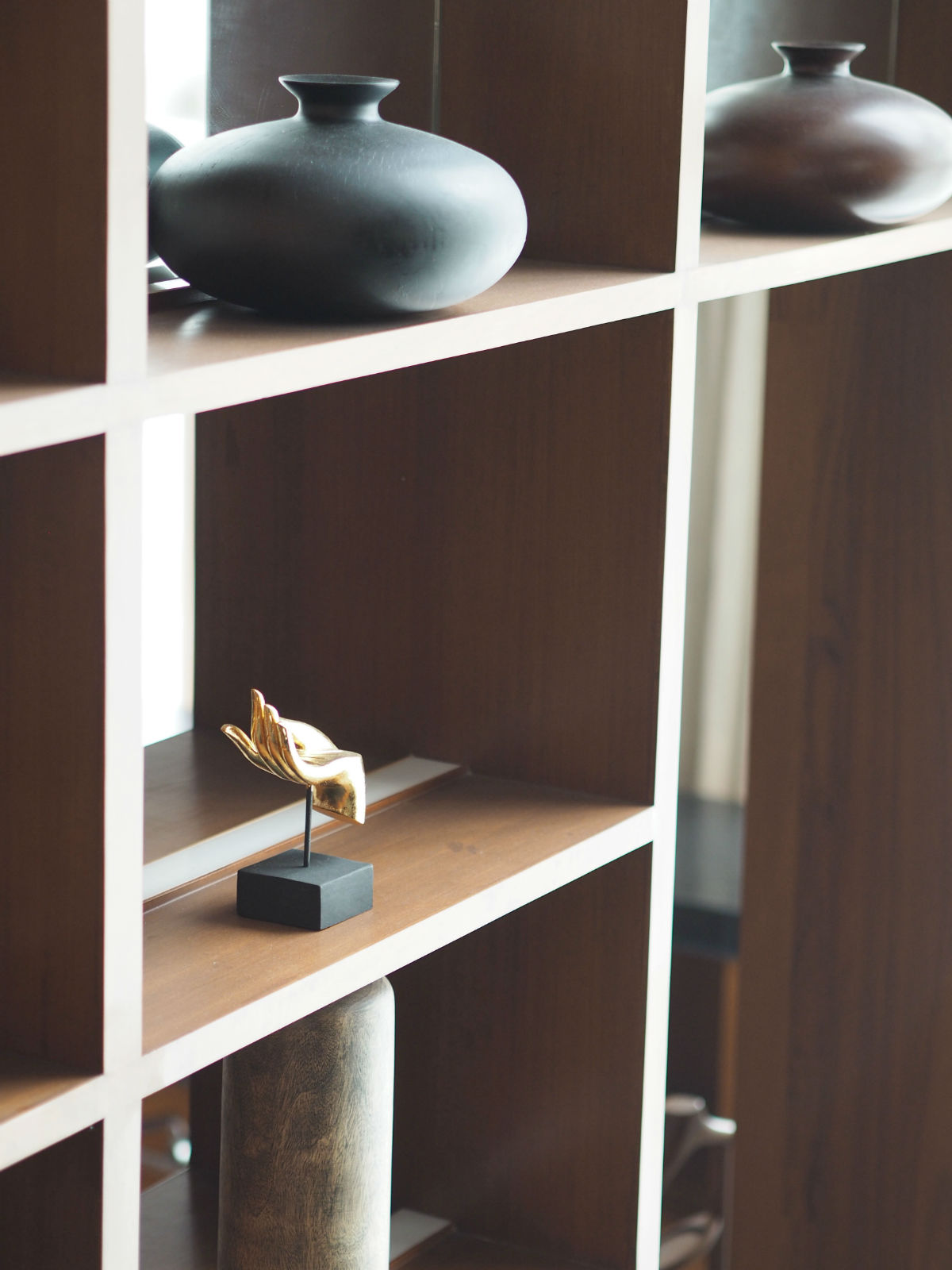 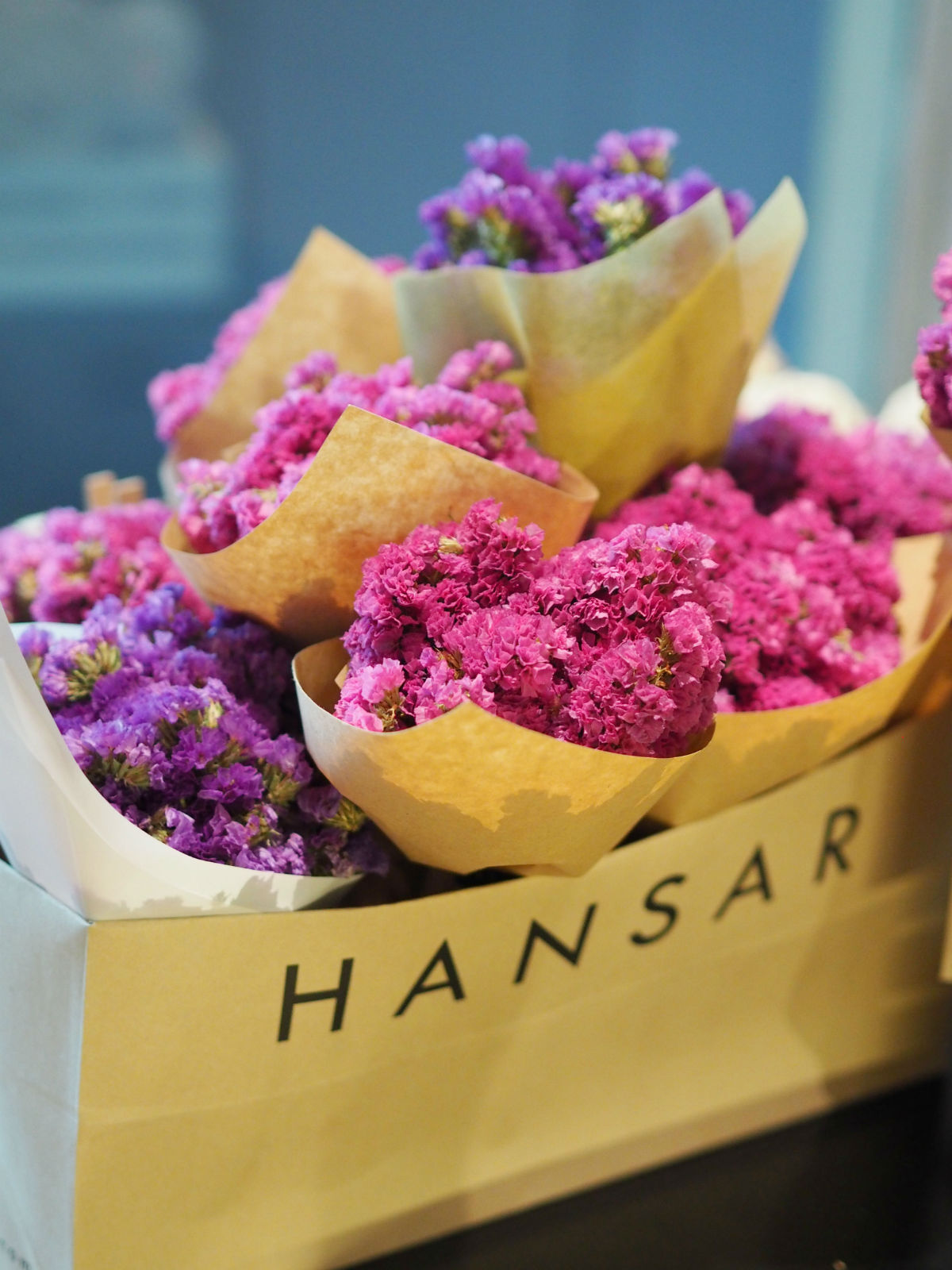 I’ll talk a bit more about what we did in Bangkok in a dedicated city guide, because there’s far too much to say in one post – but the hotel’s location is perfect for exploring, as it’s adjacent to the BTS Skytrain stop – which whizzes you into Central within 2 minutes. We opted to walk it on a number of occasions and it wasn’t far at all – so whether you want to brave the humidity or speed things up, you can choose either.

Of course, when I visit anywhere new one of the main aspects I’m thinking about is the food – and the Hansar, didn’t disappoint. The breakfast spread, without sounding OTT, was the best I’ve ever experienced in any hotel in the world. Usually breakfast is a bit of a formulaic affair, with your continental and cooked options – and a few scrambled egg on toast made-to-orders. It’s by no means not delicious, but it doesn’t exactly provide a taste-bud tingling unique dining experience like no other.

Once again, the Hansar is a little different.

There’s an amazing array of exotic fruits on display, followed by all the pastries you could ever dream of. There’s jams, chocolate spreads, maple syrup and a plethora of bread options. I’m not even quite sure how you’d choose just one. Then there’s an 8 page menu with beautiful pictures of dishes you can order – varying from Thai breakfast favourites to western classics.

The foodies among us will be delighted to know that you aren’t limited to just one choice – for you can request as many made-to-order dishes as you like. 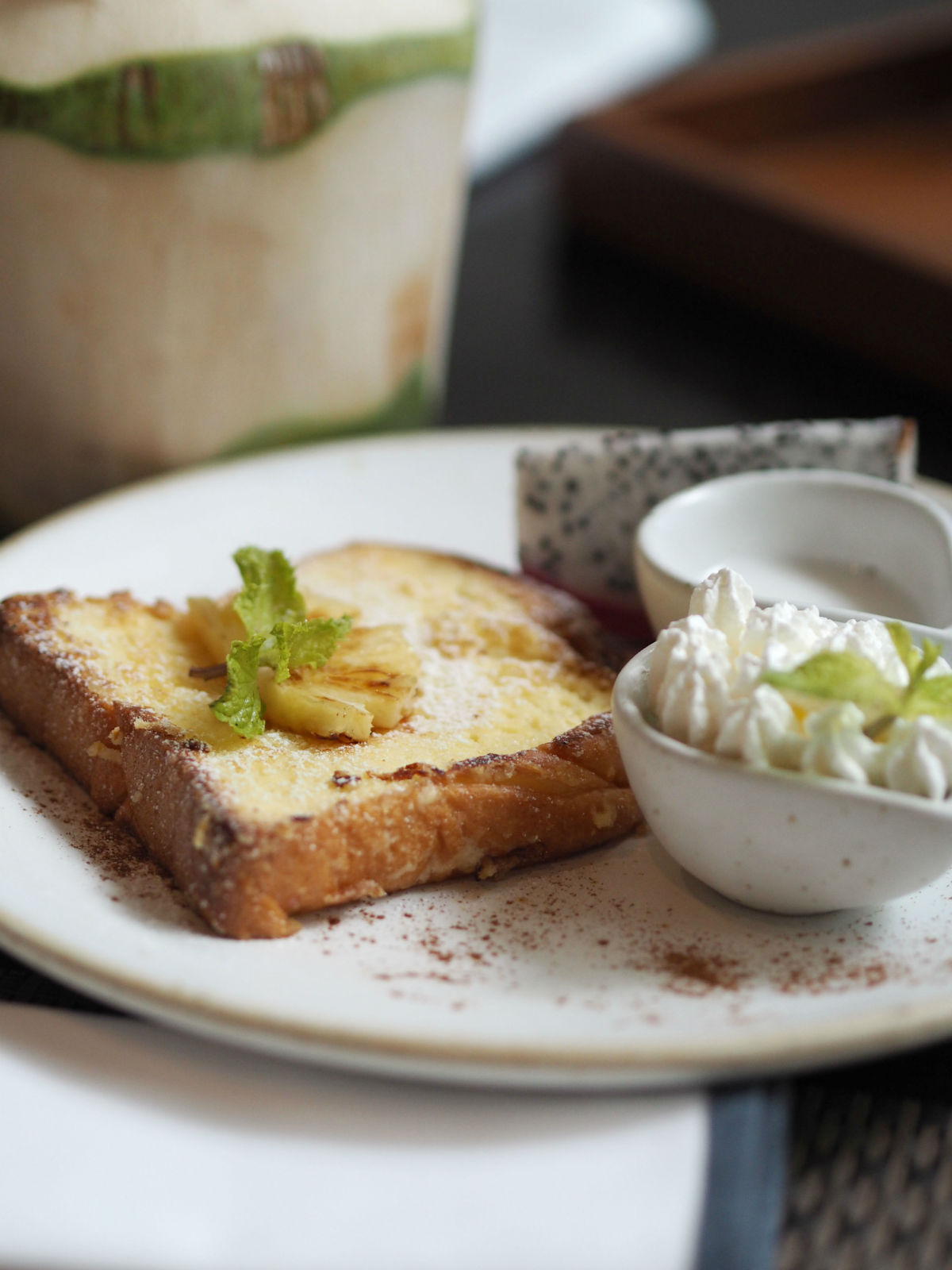 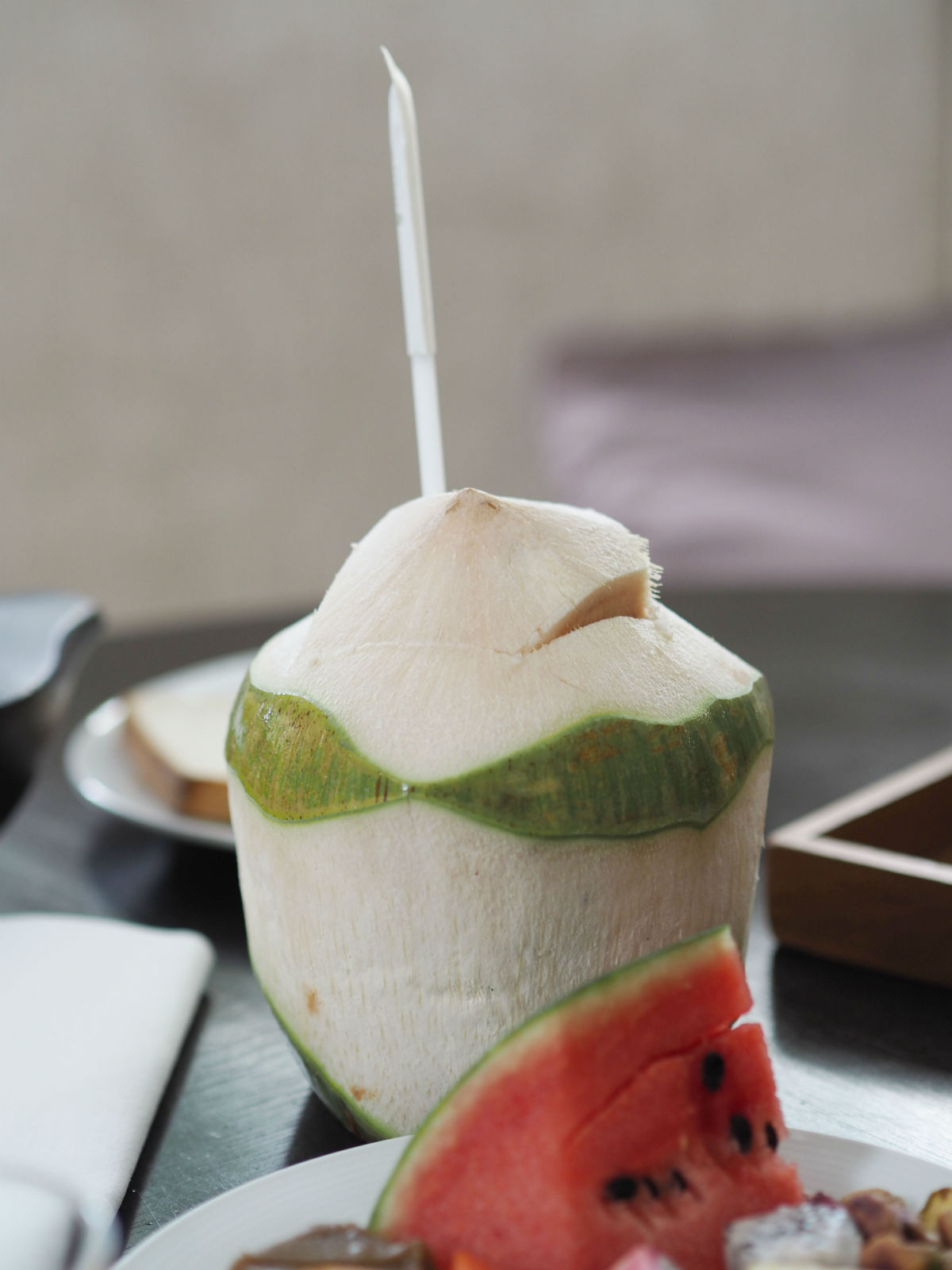 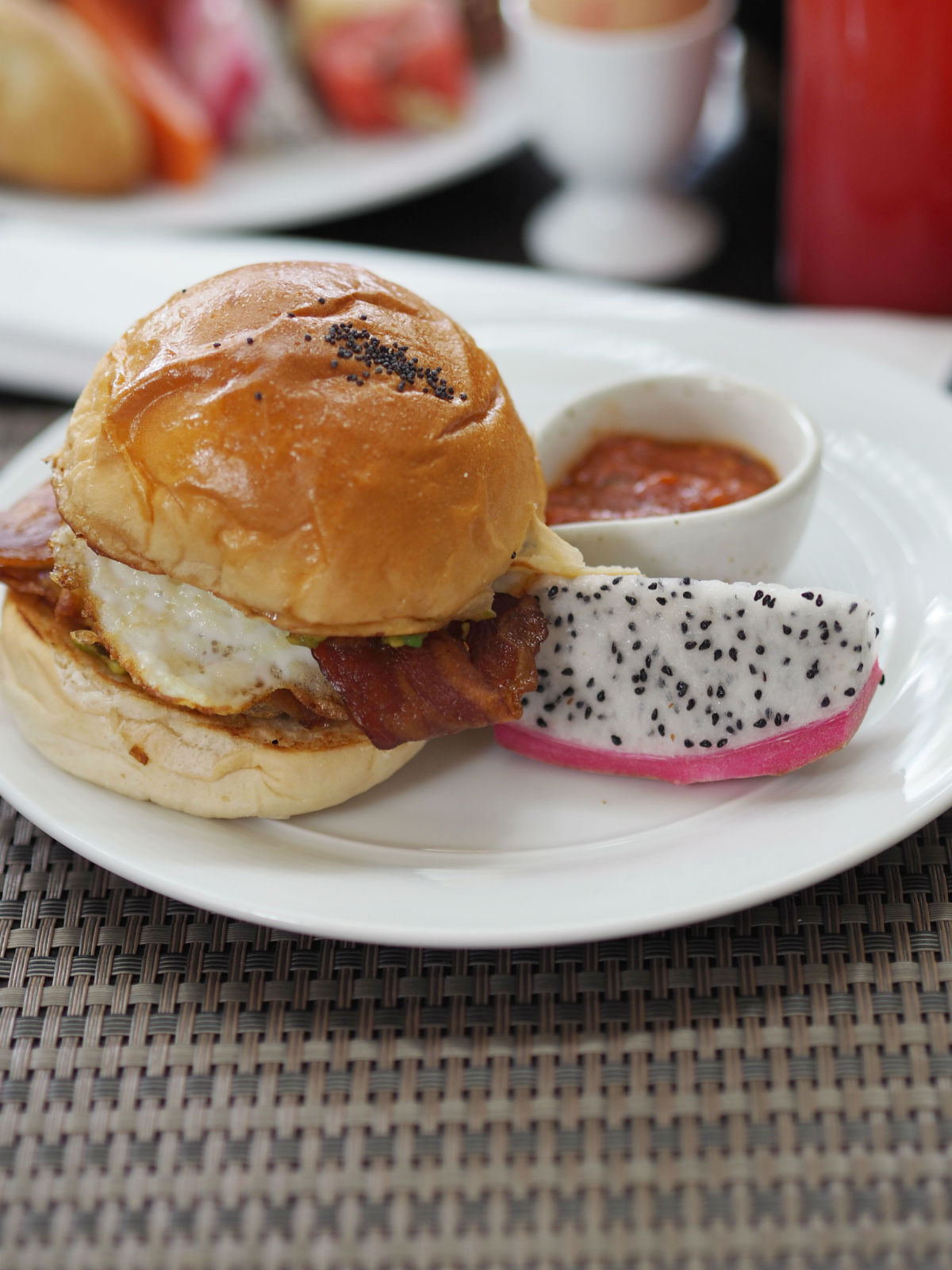 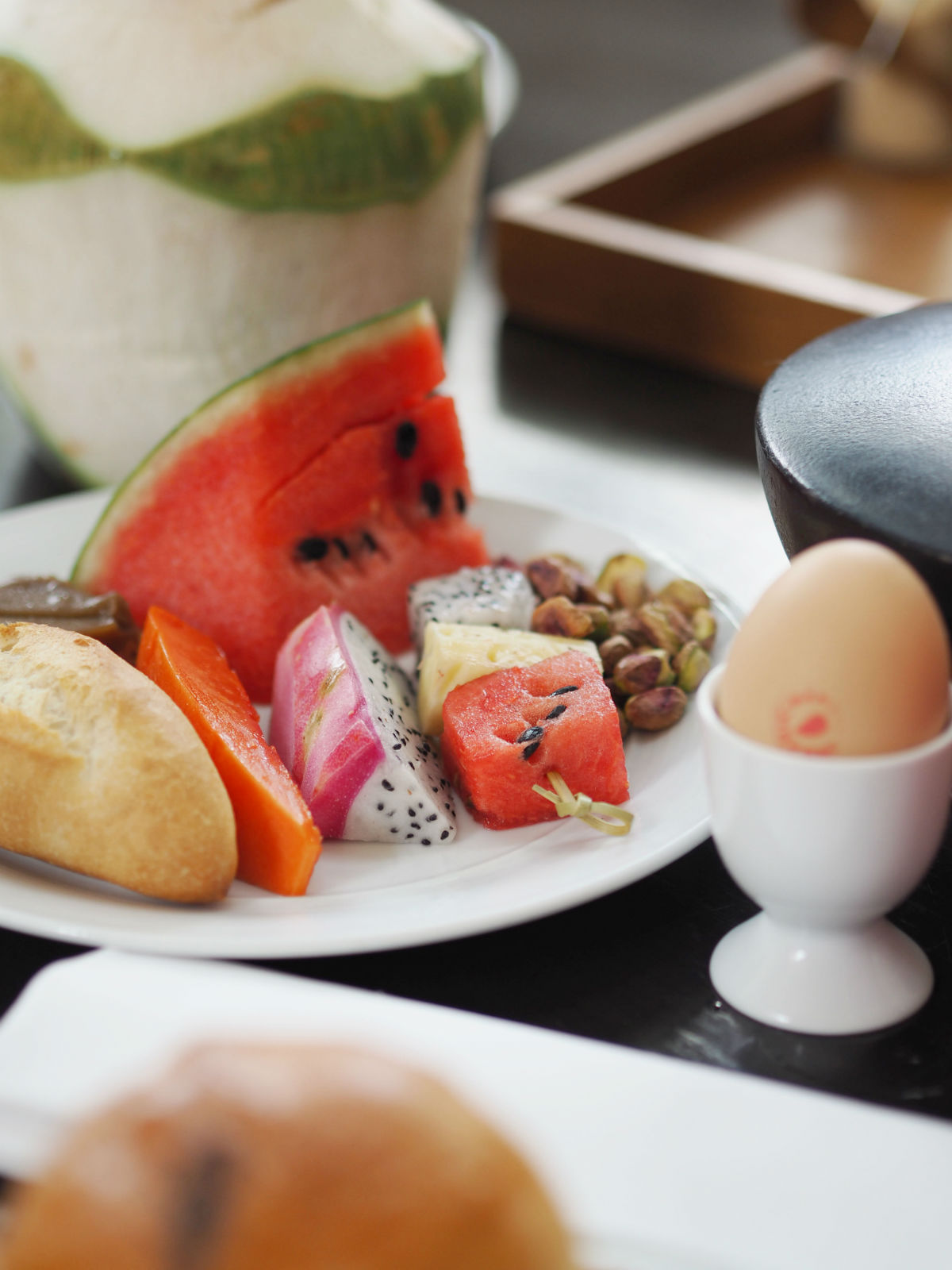 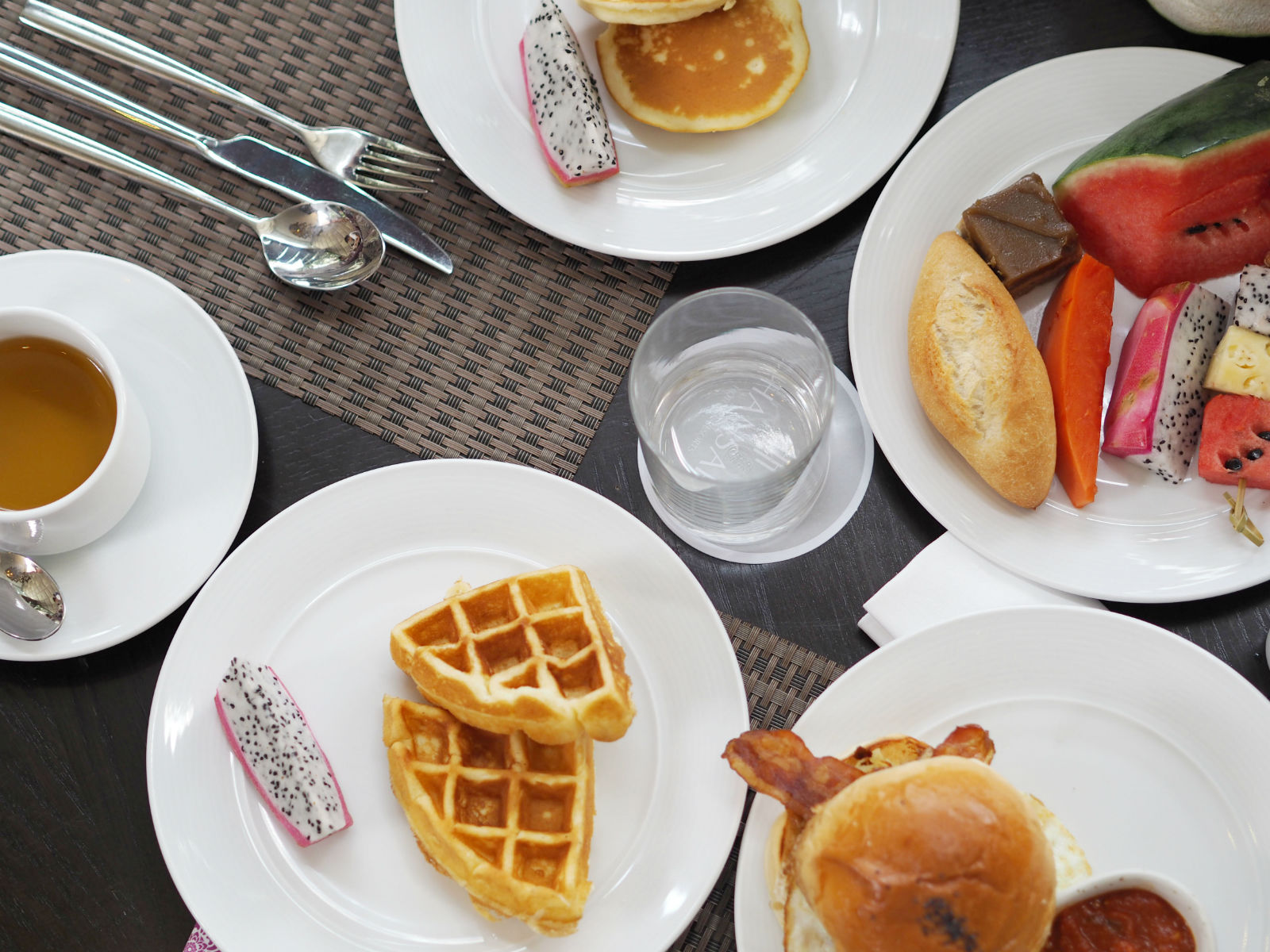 This may not be the best option for those watching their waistline (but hey, who is on holiday?) but it means that you feel as though you’re really getting treated and you can fuel up for the busy day ahead.

I am an extremely fussy eater (I blame dairy and egg intolerances) so I’m always worried I’m going to be chomping on toast and honey (my failsafe) rather than something I’ll actually enjoy and that will fill me up. The Hansar took that stress away immediately and created a scrumptious soy milk, oatmeal and maple syrup porridge for me – which was far better than the one I make at home. Teamed with some fresh dragon fruit, it made for the most incredible spread.

Talking of food, there’s a restaurant and a cafe at the hotel, in addition to a bar with live jazz music each night. It’s quiet in the evenings (we were the only ones eating at the restaurant) but even when it does get a little busier, the dimly lit rooms have an exclusive, hushed feel which differs from the bright spa-like atmosphere during the day. 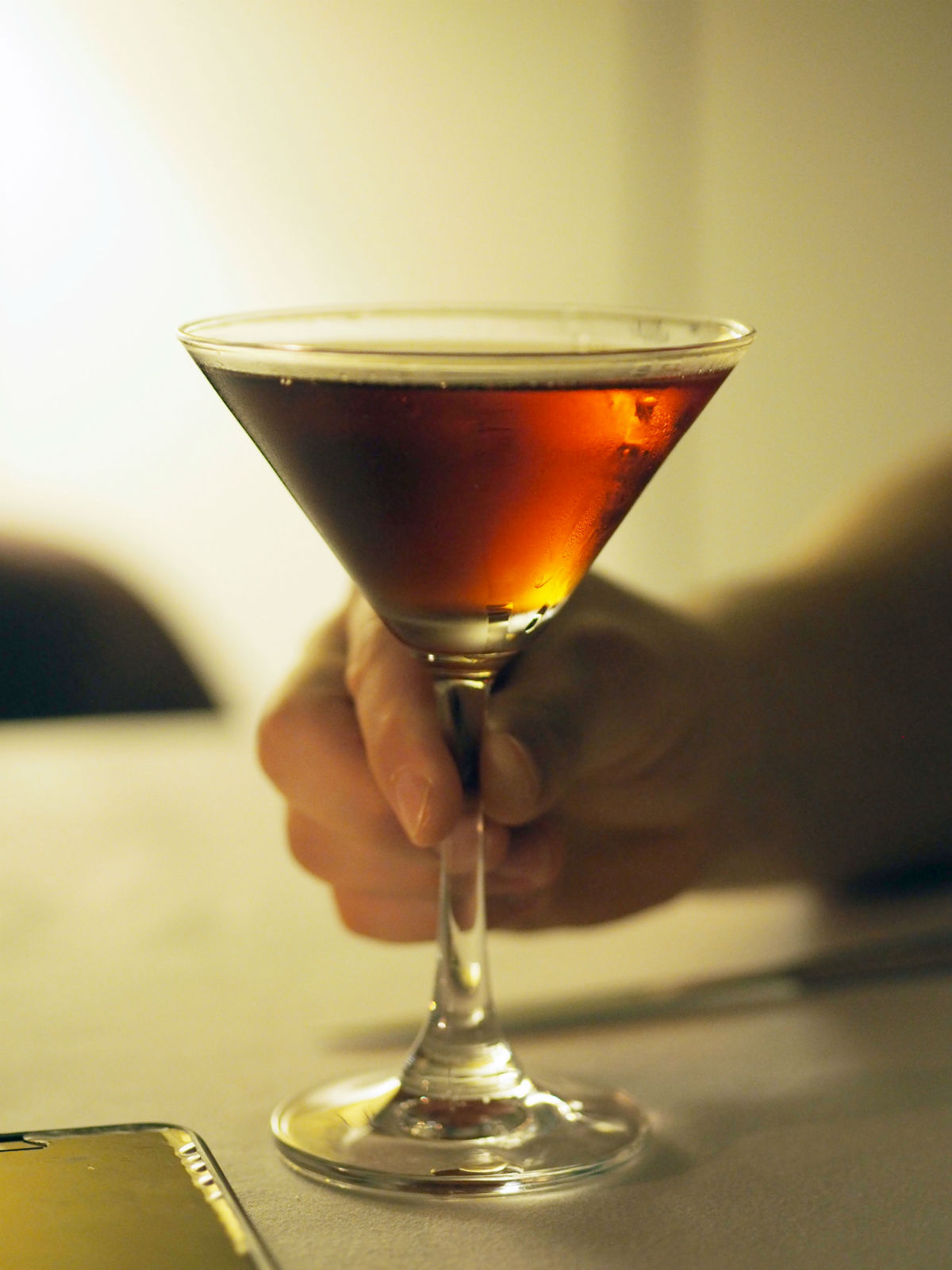 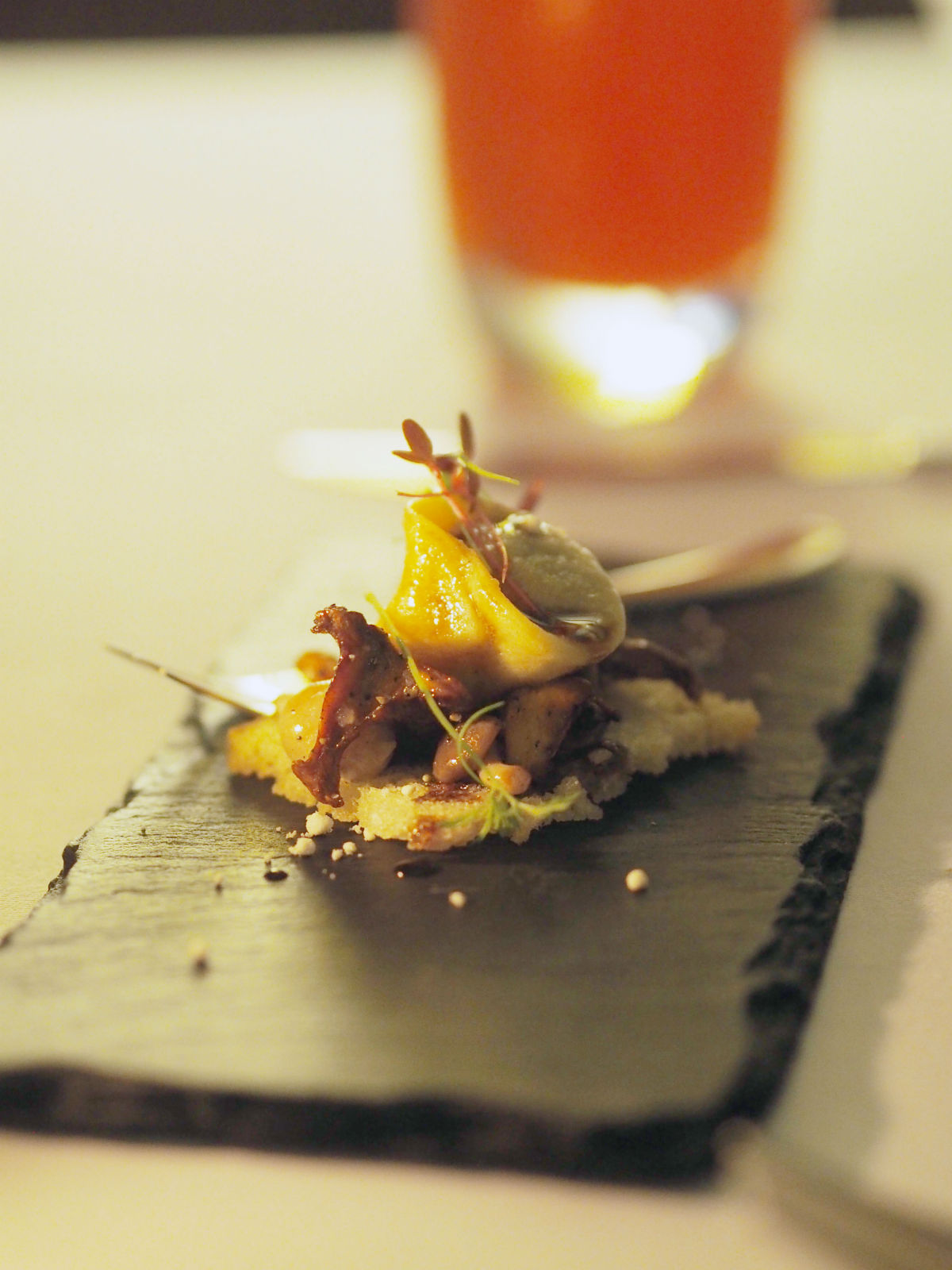 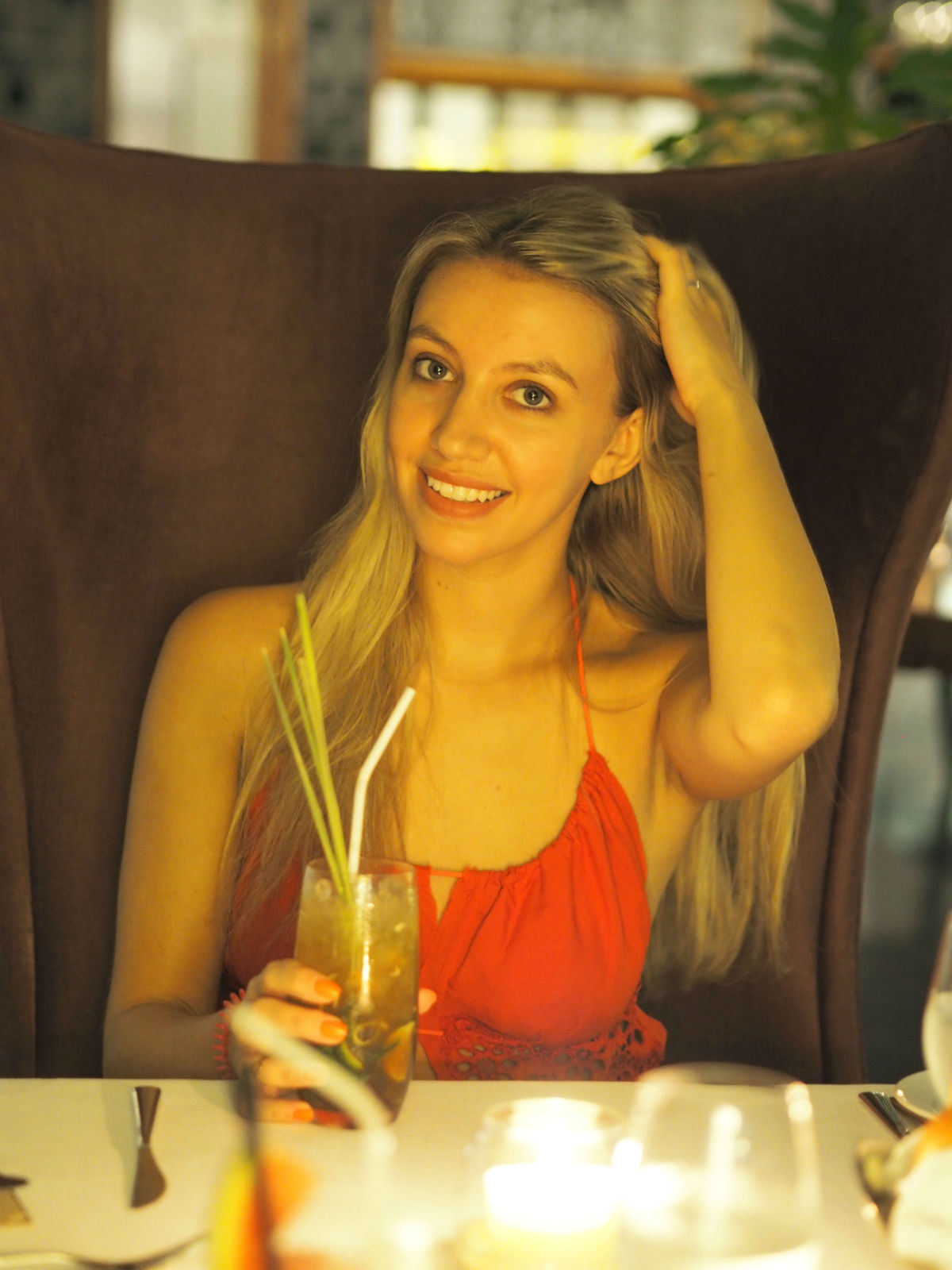 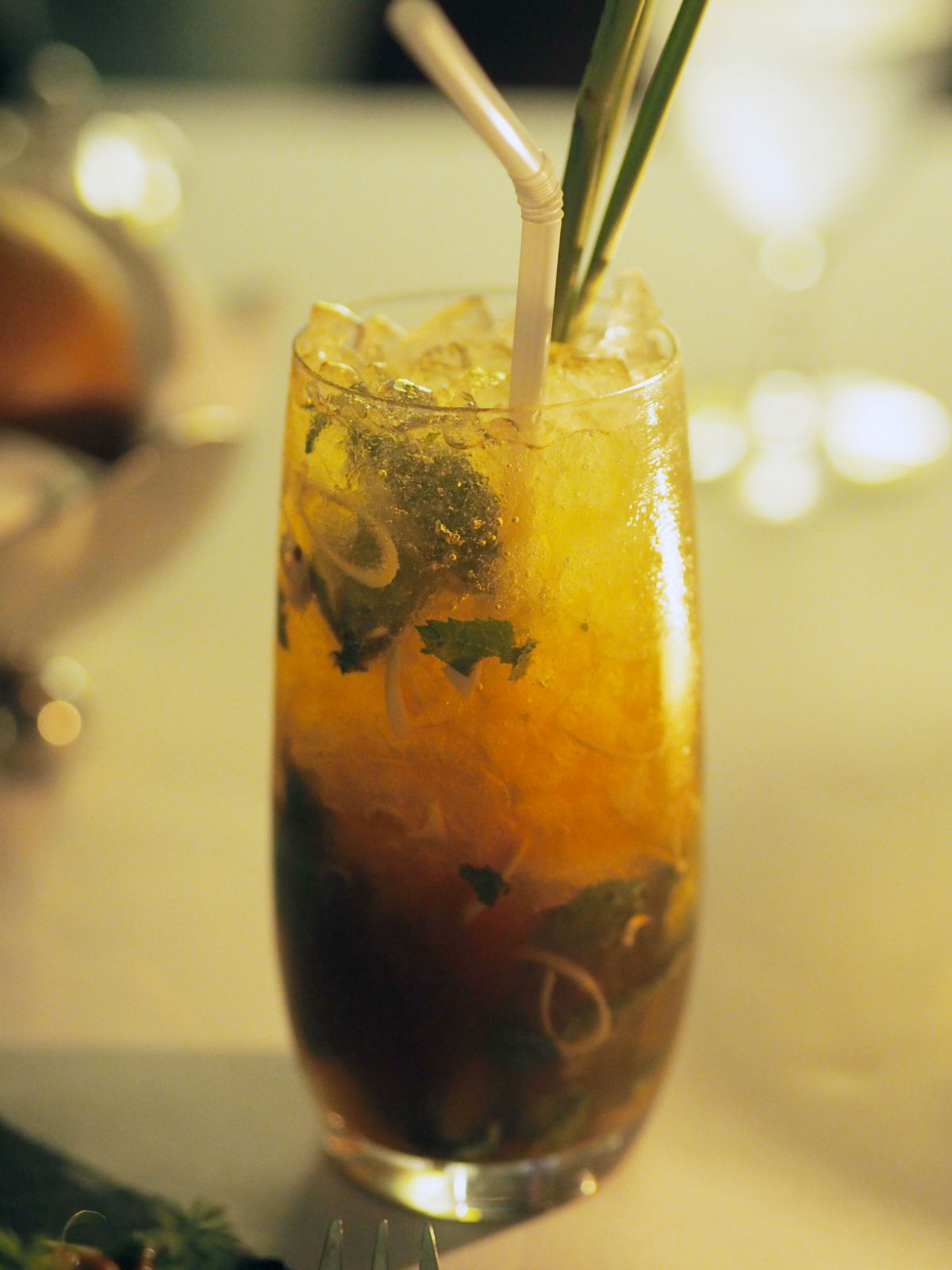 We ate at the hotel’s Eve restaurant on the second night and had a really lovely evening unwinding and getting ready for our early flight to Phuket from the comfort of our building. The menu is a mix of Mediterranean style dishes, often with a bit of a Thai twist. By this point, I’d outdone it on the chicken satay and rice noodles so something different was a welcome change.

The cocktails are pretty strong, but exceptionally tasty – so make sure you don’t miss out on those either!

If you’re passing through Bangkok and find that homely luxury is your thing, rather than anything too formal – then the Hansar is definitely the place for you. It’s a gorgeous standalone property for a holiday, even though we just used it as a stopover – and I’ve vowed to return for longer in the future. Even if it’s just for the breakfast and the complimentary Oreos alone…

Rooms start from £115 per night

Have you ever visited Bangkok? Do you like the sound of the Hansar Hotel? 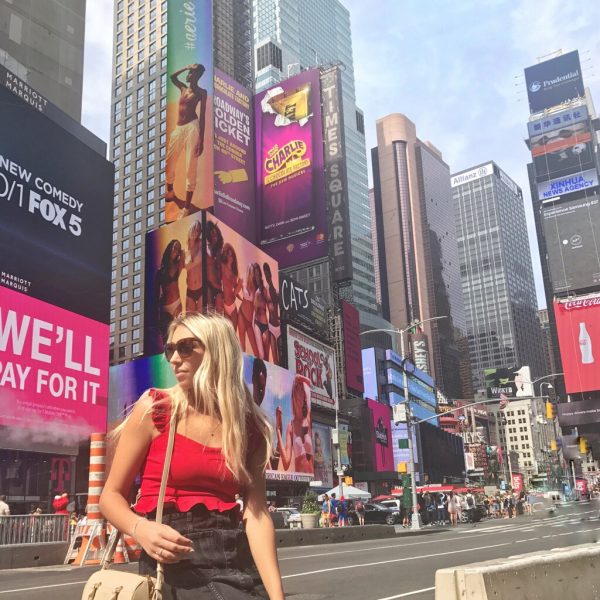 7 Things I Learned During My Trek America Trip 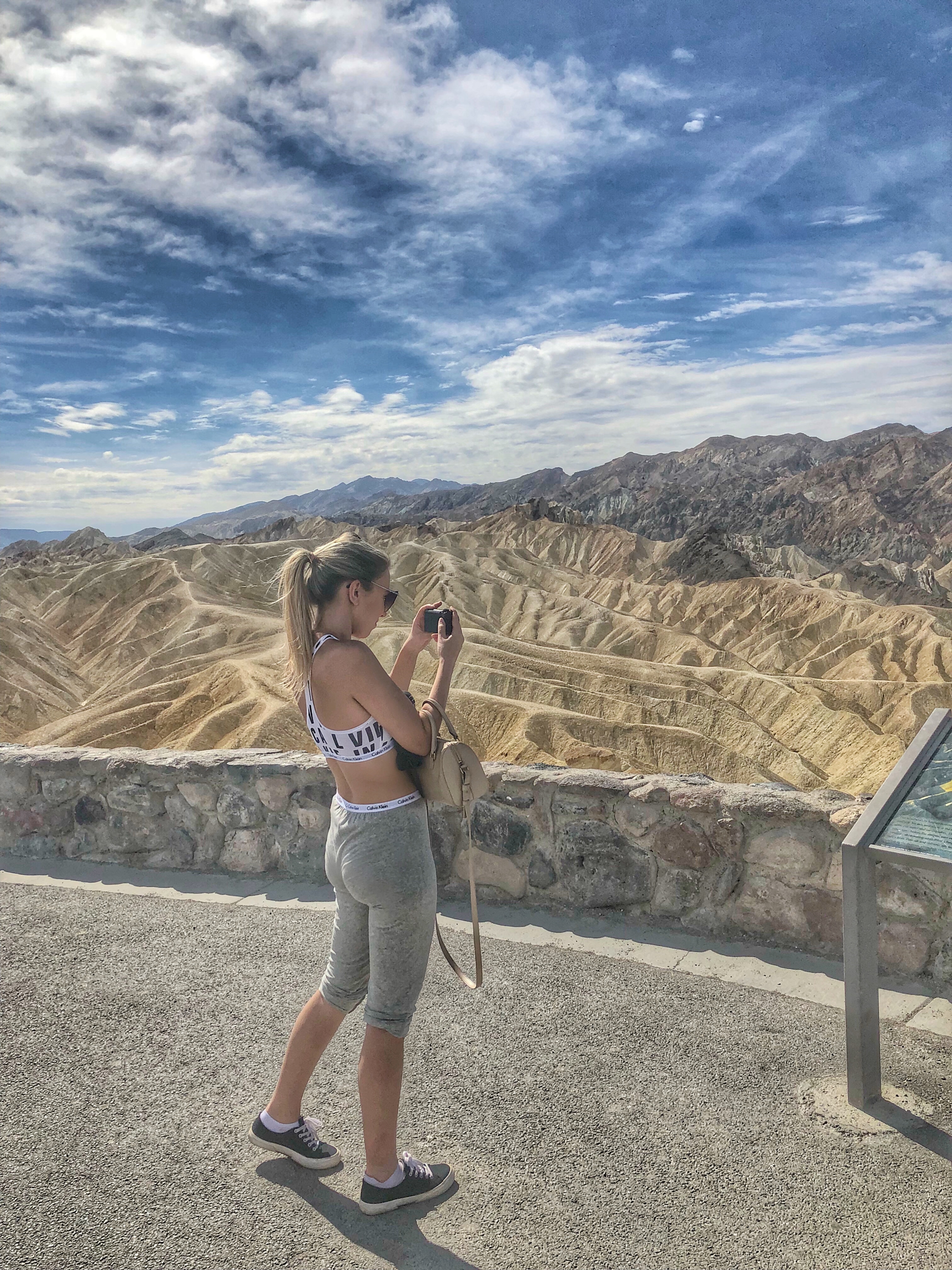 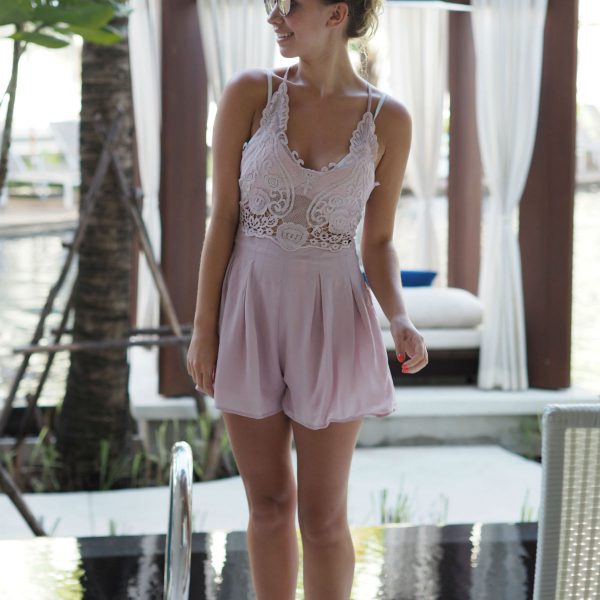