As you might know if you follow me on Instagram, I’ve recently undergone something of a diet overhaul. My chocolate cheesecakes and cheesy pastas have been replaced with ingredients I hadn’t eaten heard of until a month ago. Chia seeds, flaxseed, cacao powder, rice milk and much more, my cupboards have been transformed. In aid of this, I thought I’d put together a little post regarding why I’d done this – in the hope you might be interested to have a read yourself or see what I’ve been up to.

It all started with York Test, an allergy and intolerance testing company who offer a specific ‘IBS’ package in an attempt to assist in the management of your symptoms. I’d pretty much exhausted all other options by then and was a little bit fed up with traditional medicine – which didn’t seem to work on me whatsoever. I’d achieved temporary relief from two things in particular, which I’ve spoken about on my blog, however I still yearned to regain the control I’d lost when I was first diagnosed. I was fed up of my body ruling my life, without my permission. Fed up of planning my day around a toilet, when as a 21-year-old, all I wanted to do was live like any other girl my age. So, when the opportunity arose to have a York Test done, I was eager to see what the outcome was. I have, in the past, had other intolerance tests (including a rather odd one where food was tested against my skin using a vibrating tube) however this one seemed far more credible than most – it actually tested your blood.

Easy enough, you are sent a kit in the post – with sterile equipment to prick your finger and draw the minuscule amount of blood needed to complete the test. You then post it back and wait to hear the results. A couple of weeks later I received a big pack in the post – with tonnes of information on IBS (and the FODMAP diet), food diaries and a list of the foods that my blood had reacted to.

I’m not sure I could relay exactly what the science behind the method is (although I have researched it extensively) but essentially it tests your blood against a number of common foods that are present in everyday life. If your blood produces any antibodies when matched with a particular food item, this is relayed to you with a ‘red’ marker on the sheet – something that has produced a reaction within your body and should be eliminated to see whether symptoms improve. Anything that has produced a borderline reaction is highlighted in ‘orange’ and foods that produced no reactions are fine – and marked in ‘green’.

For me, the results were pretty surprising but really informative. It opened my eyes completely to the fact that the severity my symptoms may lie heavily with what I’d been putting into my body – without even realising. 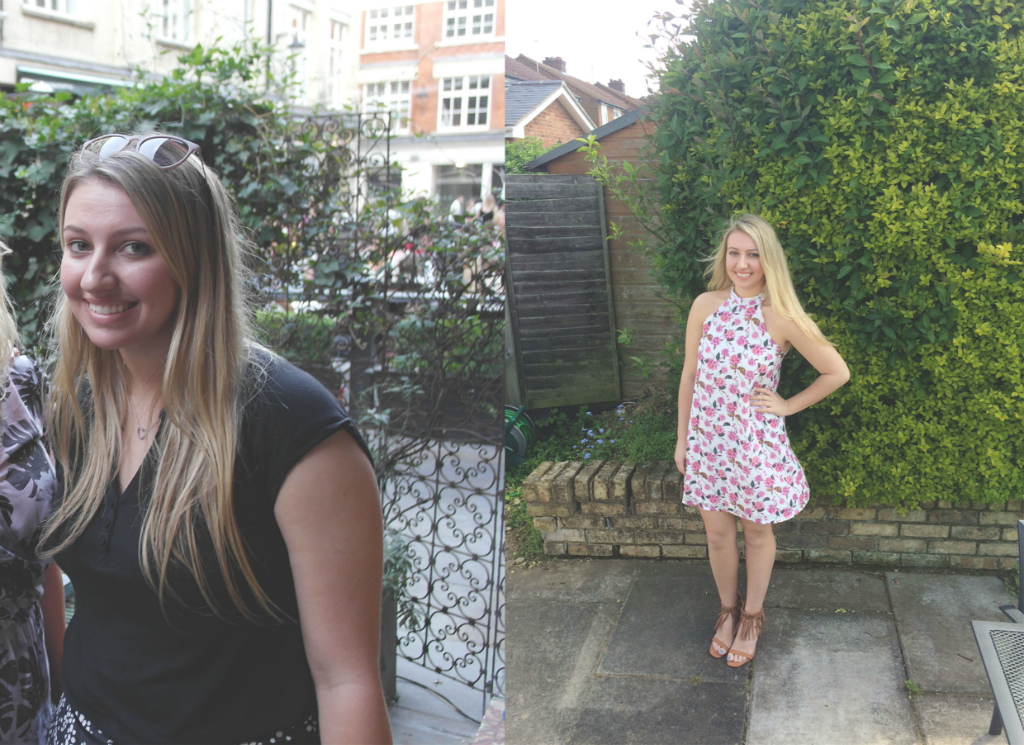 My two ‘red’ flags were cows milk and egg whites, while my borderlines were chilli peppers, egg yolks, lentils, wheat and yeast. When I saw this, it was a bit of an eye opening moment. There had been several occasions in the past where I’d glugged a glass of milk or eaten a particularly cheesy dish and gone to bed with the most almighty pains afterwards. I put it down to stress or anxiety (which I know is a massive contributor for me) but there seemed to be a greater pattern with the foods I’d been eating.

So after a chat with one of York Test’s nutritionists – which they provide as part of the service, I started to completely overhaul my diet once and for all. That was a month ago.

Since then, I haven’t had a single piece of cheese or even the tiniest square of chocolate – which is something I’m really proud about considering I used to be the girl who couldn’t survive a day without a Galaxy fix. Cutting out dairy is harder than you think – as despite the many people I’ve told claiming ‘oh I don’t drink much milk either to be honest’, it’s in a number of things you consume in your day-to-day life without even realising. Crisps, cakes, biscuits, butter and crackers, ice cream, pizza, yoghurt etc. It all seems pretty obvious but when you get to what you can actually eat – you pretty much cut out the majority of junk food items – and are left with an abundance of fruit, veg and grains.

It was daunting at first but the nutritionist was really helpful and tailored some meals to what I actually liked eating (I’m quite fussy) as well as giving me some alternative options to try if I was feeling adventurous. She also recommended Deliciously Ella – a blog written by a girl who previously suffered a health condition but decided to overhaul her diet and eat a completely ‘raw’, plant-based diet. She healed her body from the inside and her mantra, one which I’ve decided to adopt – is to eat to make your body happy, rather than counting calories. This has really worked in my favour, as if I tell myself I’m on a ‘special’ diet, I’m much less likely to stick to it. I hate restriction and I have zero willpower but somehow, knowing that I could eat ‘anything’ I wanted to make my body happy – listening to it to see what worked for me and what didn’t, was a much better approach.

I bought Ella’s cookbook and swiped all the crap from my cupboards at uni, restocking it with buckwheat flour, brown rice pasta, chia seeds, cacao powder and a whole host of delicious fruits and vegetables. Although I’ve never been a fan of nuts, I resolved myself to trying some new things – and found that I actually don’t mind Almond Butter and I quite like dates. Who knew?

I tried a couple of the recipes and filtered out what I did and didn’t like – and in just over a month, I’ve lost nearly a stone – although this wasn’t the aim, it’s a nice little additional boost – and I feel a little more in control of my symptoms. They haven’t disappeared altogether and I’m still keeping a food and symptom diary everyday, but I feel more in tune with my body. I eat to make it happy rather than grumble in despair. I won’t starve my body or punish it – but fuel it with as much good stuff as possible.

I still have sweet stuff everyday – and if anyone’s interested – I might share a few recipes which I’ve tweaked to re-create my ‘old’ favourite puddings and desserts. I’ve discovered a way of making a creamy pasta sauce (to replace my love for cheesy pasta) without any dairy whatsoever – and I’ve become more adventurous with the way I look at food. I won’t proclaim that I’m cured, or found a miracle solution – or feel like I’m bounding with energy and delight – because it has been difficult. But I think when you have more control over the way you consume, prepare and look at food, you start to feel rewarded by it rather than guilty.

Let me know if you’d like to hear more about this series and I’ll continue! If not, hopefully this post has been helpful (somewhat) and if you have any questions, please do leave them in the comment box below, as I’m more than happy to answer anything!