This post has been written and re-written over ten times now, partially because I don’t know how to say it and similarly, because I don’t know whether to confront it. Being a part of the blogging community for the past three years has thrown a number of exciting, enthralling and intriguing opportunities my way, but it has slowly enveloped me into a never ending sense of guilt, entitlement and jealously.

In a generation where everything is documented on social media, it is impossible to escape from the feeling of not being good enough. Of being the only one who is having a bad day. Feeling isolated, alone and unable to focus. When it’s so easy to ‘filter’ out the bad parts, it’s so easy to believe that everyone else around you is striding through the day, having a ball and living the high life. When you’re plugged into social media, your emails and your blog 24/7, from the moment you wake up to the moment your head hits the pillow, it’s hard to shift your mind to what’s really important. What really matters and what really will matter in five years down the line.

Let’s start from 7am, when your alarm (or your body clock) wakes you up, ready for the day ahead. The first thing I, and many others too, are guilty of doing is scrolling through news feeds, catching up on what we’ve ‘missed’. Usually, it’s full of people’s beautiful breakfasts. Sparkling off the screen with a delicately placed fork balancing precariously on a heart shaped bowl, an assortment of nuts, seeds and pretty oats decorate the top – oozing sophistication, style and the right choices. Immediately, as silly as it sounds, I feel a slight sense of disappointment that my morning hasn’t been quite so picturesque. That the view out my window isn’t quite so photogenic. And that I myself had a slice of toast with nutella smeared carelessly over the slightly burnt edges.

While it is wonderful, having all of our idols at the touch of a button, following their lives to the second, subconsciously pretending that we’re acquaintances, or even best friends – it is also so isolating and so easy to compare your life, to theirs. As a child, I loved S Club Juniors, or S Club 8 as they were later known. Relatable – due to them being of a similar age – I had a poster of them on my wall, their CD and a pair of hotly awaited tickets to their tour which were presented to me on my birthday.

I would write out their song lyrics as I listened intently, pretend to be them with my friends and pen stories which featured Frankie and Calvin as the main characters. But I didn’t follow their every move, for the opportunity was yet to be given to us. I knew they were ‘popstars’ but I didn’t really know – or care – for what that life entailed, I just admired their music, their success – rather than anything than could be compared to my own life. They were an inspiration rather than a constant reminder of not being good enough.

So it is for that reason that I don’t envy the generation that are growing up now. Those in their teens. My baby sister who is yet to enter that stage. It’s so so difficult. It’s hard enough figuring out who you are without a persistent reminder of who you’re not. As cliche and cringeworthy as that probably sounds, it’s a serious matter that we need to consider – since I do believe it will have a lasting and detrimental effect. I know this, because I’m already feeling the constraints of living a life so vastly connected.

I’ve been thinking about what social media means – and does – to me for a long time but it was only a couple of days ago when everything came pouring out, frustrated at being cooped up at home, ill and with a lack of motivation, things really came to light.

Ever since I can remember, I’ve wanted and craved success. Partly because I always strive to achieve my best and partly – I’ll be honest – because of the monetary rewards that hopefully come with that. Money makes the world go round, it grants you the stability of financial independence – of not feeling guilty or owing anyone – buys you lovely holidays and a nice home. It won’t make you happy – not alone anyway – but it certainly helps. Money has always been a staple issue, a talking point and something that always seems to have been the centre point of arguments in my life – so to have one less thing to worry about, it reassures me.

However, success is very difficult these days with such a saturated pool of candidates – especially in the market I’m interested in – so working for free, creating your own opportunities and setting up a blog are all part and parcel of reaching for your goals. When I read Hannah’s post (here), it hit the nail on the head with regards to how I’m feeling. Worried about the future, heightened by the competitive and omnipresent nature of social media. It’s not about not working hard enough, those who crave success do that naturally – it’s about letting go of social expectations of you, living life for yourself and finding your own confidence which lays far, far away from the number of followers you have.

So, after a long think (and lots of chats with my lovely boyfriend) I’ve decided that after the engagements I have booked for September, I’m going to take a little step back from the world of social media. I won’t be absolving from it completely, because it supports my blog and my career ventures (however I might try a two week detox) but I think it will be a good experiment to see how my mood changes and what I see of the world that usually – I’m too absorbed in my phone to notice. The real things in life are the people that loves you, the food you share, the memories you make and the quality time you spend together.

Facebook, Twitter and Instagram give us a sense of gratification. We’re all human – so this is something our conscious yearns for, we love feeling liked, loved and accomplished but unfortunately, this instant sense of attainment is short lived – so we strive for more. Realistically though, this won’t ever make us properly happy.

When you think of what really matters in life, it’s not how many likes you get on a picture, or how many RT’s your well worded tweets receive – or even how many people are looking at your profile. In 10, in 20 years time – are you really going to proudly show your children or your grandchildren a picture of your pudding? Chances are, you’re probably not. You’ll tell them about how you travelled, saw the world and tasted new cuisines – away from the lens of a camera.

Now I’m by no means having a dig here with regards to what is posted on social media, I am completely and utterly guilty of it too – there’s no right or wrong. But what I’m saying is that it doesn’t hurt to take a step back, unplug and enjoy life without the interference of worrying whether it’s picture worthy. Some of the best things in life aren’t photogenic, and I’m learning to be okay with that.

I completely empathise with the fact that it’s not just social media that can make us feel like we’re not good enough – as Hannah discovered in this article (when the DM spoke to her under the pretence they were writing a positive feature about bloggers) apparently the ‘older generation’ (apologies for generalising – it’s not everyone, just a SMALL minority) wish to demoralise the aspirations and work ethic of young people by ‘poo-pooing’ everything we work towards.

GSCE’s aren’t difficult enough, A Levels are easy and degrees, well a degree is almost like being back at nursery. Apparently. It’s easy to say these things when you’re not in the situation and haven’t sat an exams in decades. I appreciate that not ALL degrees are worthy of degree status (David Beckham studies anyone?) but I admire anyone who goes after what they want, works for it and gives it their best shot. With so many ‘young’ people turning to drink, drugs and bad behaviour, you’d have thought people would be happy that we’re trying to forge something for ourselves and have dreams. Anyway, that’s a whole other topic.

Perhaps completely disengaging from social media is a bit dramatic, but I think it will be interesting to see what effects it has on me. Life today has become very ‘keeping up with the Joneses’ and so I want to shy away from this and discover what makes me unique and what I’m good at. Maybe that sounds self entitled, but then we’re all within our right to find out what makes us happy. Sometimes social media helps my mood, but sometimes it doesn’t and I just need to be sensible and switch off when those times occur.

Apologies if you’ve stuck by this very long winded, venting post – but I know that I’m not alone in feeling this way as I’ve read twenty or thirty posts over the last few days of bloggers and of journalists feeling exactly the same way. Initially I didn’t want to admit to it, because I thought it would mean admitting defeat – but I now know that my future and my hopeful successes don’t primarily rely on me being connected around the clock.

When it interferes with your life and leaves you feeling not good enough, regardless of how much you tell yourself not to compare different lives – you need to switch off. So, I’ll be deleting my Twitter, FB and Instagram apps from my phone for my unplugged fortnight and not logging in on my laptop. If I need to schedule a tweet for business purposes I’ll use my trusty Hootsuite account – and I’ll be keeping a diary (a written one this time) of how I’m getting along. Maybe I won’t stick to it, maybe I will – but I think it’s healthy to disconnect completely and start living life for YOU rather than for Instagram. It’s definitely time to stop using or complying to the filter. 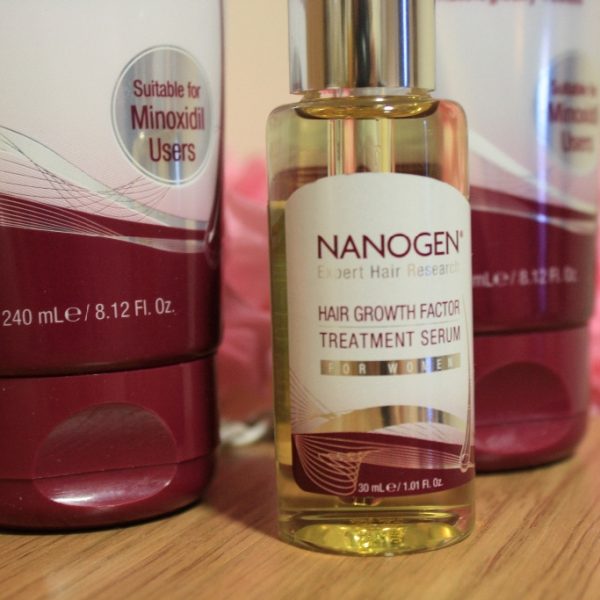