“An apparently happy marriage. A beautiful son. A lovely home. So what makes identical twin Emily Coleman get up one morning and walk right out of her life? How will she survive? And what is the date that looms, threatening to force her to confront her past? No-one has ever guessed her secret. Will you?”

Once in a while you come across a novel you simply cannot put down. One Step Too Far certainly matches this description and when I read it late last summer, I indulged an entire day finishing the book – eager to find out the dramatic twist (which will honestly blow your mind). After featuring it in my ‘Thrillers to keep an eye on’ post, Tina got in touch with me and we started chatting about a possible interview. I had so many questions to ask regarding the plot, the characters and the twist – so I set about compiling a list of what I wanted to know. We’ve made sure not to include any spoilers, in case you haven’t yet read what I think will be the book of the year!

TS: I wrote One Step Too Far because I had the idea for its big twist out of the blue, and thought it was too good to not write down. It turned into a novel when I realised the story needed that many words to tell. There were quite a few parts of the book that were based on elements of my life – the parachuting episode, the sibling going through the glass door (I was the door closer), the shared house (it’s similar to one I lived in in Liverpool), plus aspects of the advertising world.

SL: And similarly, were any of the characters based on people you know – or their experiences?

TS: Some of the characters were inspired by people I’ve met, or have known over the years; the ad agency receptionist is a friend of mine; the husband shares some characteristics with my own husband; I came across a few men who were like the father in my corporate days; and I guess most importantly many years ago a friend’s uncle did walk out on his life, so I knew these things really did happen.

SL: Although I now know the reason she ran away, I quite often – at several points during the novel, wanted to give Cat/Emily a talking to and tell her to ‘pull herself together’ as often, she seems to shy away from things that could quite easily have been solved if she plucked up the courage. Is this how you felt when writing her?

TS: Obviously I had the advantage of knowing all along why she had left, so no I didn’t really feel that way towards her, not really. My biggest problem was making readers stick with her, as walking out on her family seemed such a terrible thing to do, so she was in negative sympathy equity from the start! I had to go back and make it clearer that she was actually a nice person, and that this behaviour was completely out of character, which as well as creating some empathy for Emily/Cat built up the intrigue of just why she might have done it.

SL: I think it’s an interesting concept to have identical twin sisters, one of whom is wanted and the other – who is not. Was there a deeper meaning behind this?

TS: Two things I guess – the thought that it must be so terrible to be a child and feel not wanted; and how much of a shock it must have been before scans to find out in labour that you were having twins, if you hadn’t been aware.

SL: Although probably unimaginable, how would you have felt if you were in Emily’s situation? Would you have run away? Do you think running away is ever the answer?

TS: I think I’ve always felt that if for any reason I lost everything I would go and do something completely different, perhaps go and live in an Ashram in India. However I’m pretty certain I wouldn’t run away from my family voluntarily. And no, I don’t think running away is ever the answer, things always catch up with you one way or the other.

SL: One Step Too Far has received rave reviews on Amazon (and from all of the relatives I have lent it to), it must be an amazing feeling to receive such positive feedback?

TS: Yes, it’s nice, and perhaps the best ones were the earliest ones where the book had no reputation, nothing to incite people to read it apart from my begging. I’ve also had my share of horrors!

SL: I imagine One Step Too Far would make an amazing film. If you could choose any actress to play Emily, who would you choose?

TS: I had no idea, and then someone hypothetically suggested Ruth Wilson, and I thought, yes, she could be Emily/Cat/Caroline…

SL: The thing that amazes me about One Step Too Far is how much emotion pours out of the reader once you realize what actually happened, buried underneath your words. We are led to believe one thing, when in actual fact the truth is another matter altogether. Was it hard not letting the plot slip through in your writing?

TS: No, not at all – in fact, I overdid the plot concealment if anything, and then had to go back and make it a bit less red herringish.

SL: I certainly wasn’t expecting the dramatic twist at the end, as we’d been led to believe something else. How did knowing this twist was going to happen influence your writing?

TS: I had huge sympathy for Emily/Cat, I never found her annoying at all, so was quite surprised at how much people railed against her at first. I had to go back and really work on her likeability!

SL: I did breathe a sigh of relief by the closure we have at the end of the novel, yet still a little air of mystery is left. Was there ever a time you wanted the ending to continue with Emily’s grief and sadness or was it always your intention to give closure?

TS: I wrote the book for my mum, and she insisted on the nature of the ending, so that’s what I did (although otherwise I may have been tempted to bow out of the story earlier), and I’m glad.

SL: Do you have any tips for aspiring writers who look to one day bring out their own novel?

TS: I did 3 things – 1) I joined a writing class where we were obliged to write, and then share our writing, both very good disciplines. 2) I had an idea. 3) I wrote the book for someone, not with the aim of getting it published.

SL: If my research is correct, you are soon to be releasing another novel. Can you give us any hints on what it will be based upon? Will it have the same fast paced drama One Step Too Far has or will it take a different route?

TS: A Serpentine Affair comes out early next year. It’s another contemporary mystery, about a group of six old friends who have an annual reunion by the banks of The Serpentine in Hyde Park, and things go horribly wrong…

If you still haven’t picked up a copy yet (I bet you’re dying to find out the twist!), then head over to Amazon (HERE), where you can pick it up for £6.39.

Self Tan For Summer! 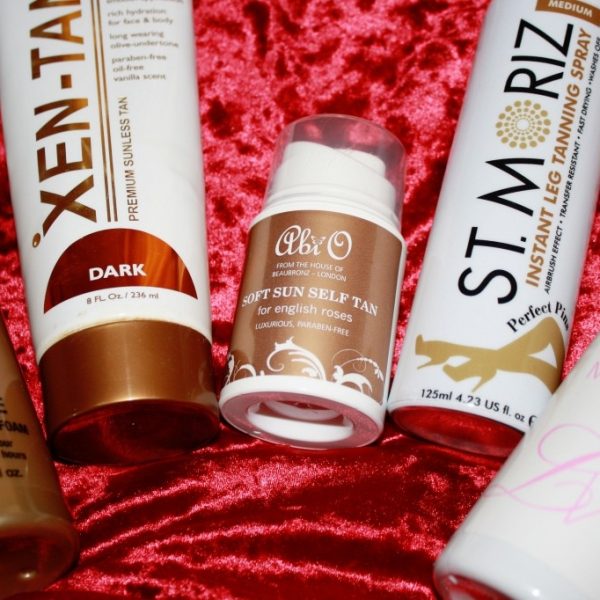 Get the Look: Cheska Hull
An interview with: Tatiana Karelina!